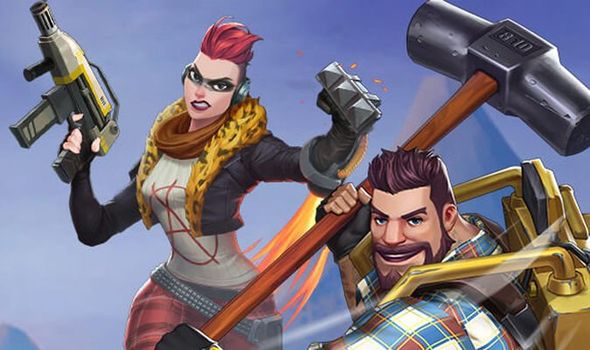 The new crossover event makes it possible to unlock new stuff in both games, making it worth a look for Battle Breakers and Fortnite fans.

But something fans should know is that the new loot is only available between Battle Breakers and Fortnite Save the World.

Nothing has been announced for Fortnite Battle Royale fans, however, this could change in the future.

Epic Games has provided a guide on how to unlock different gear, depending on what game you play.

A message from Epic Games reveals: “The war rages on and the world’s greatest heroes have rallied help from the Fortnite universe.

“A new collaboration kicks off today bringing your favourite Fortnite characters to Battle Breakers and giving you the chance to unlock the new Ninja, Razor, in Save the World.”

As confirmed by Epic Games, Fortnite Save the World fans can unlock the new Ninja and Razor loot and skins by participating.

This will make a change for Save the World gamers, who usually miss out on crossover event to Battle Royale Mode.

Below is a guide from Epic Games regarding how to unlock the new content in both games:

“Battle Breakers is now live! Monsters from space have trapped the world’s greatest heroes in technomagic crystal, and the heroes of Save The World are ready to join the fight!

“To unlock Save the World (STW) content in Battle Breakers (BB), complete the following actions in STW then redeem the Hero by launching BB, completing the tutorial, and clicking the gift box icon on the right side of the world map.”

To unlock Battle Breakers (BB) content in Save the World (STW):

It’s been a busy month for Save the World fans, following the latest updates from Epic Games. A new dungeon has been added to the game, which is described as a forbidden area within Hexylvania.

New Weapons and Heroes are part of this week’s update, along with Magical Keys and golden coins.

MYTHIC WEAPONS – The Mythic Storm King seems to be radiating this powerful aura.. What could it be? Take on the King of the Monsters to wield his power in the palm of your hand!

HUSK GRINDER – Sharpen up your Black Metal weapon set with the darkest metal axe around, the Husk Grinder. Deals moderate damage with heavy impact that harbors a devastating Maelstrom attack.

MYTHIC STORM KING – Seismic readings are off the charts and our reports show that the King of Monsters is erupting with extreme power. We need powerful Commanders to take action and help bring down the all mighty Mythic Storm King! Bring your expertise, Commanders… this one is tough!