After a little over an eight-year wait, the Bayonetta series grew one game larger, with the addition of Bayonetta 3. In this game, you traverse the multiverse, where you must defeat a variety of Homunculi. As a title developed by PlatinumGames, Bayonetta 3 is filled with gorgeous graphics and scenery.

Here, we are going to look at some of the most beautiful locations in this game. If you have yet to play through Bayonetta 3, this list may contain some location-based spoilers. We won't be discussing the plot in-depth though, so you can still browse without seeing any story-related spoilers. 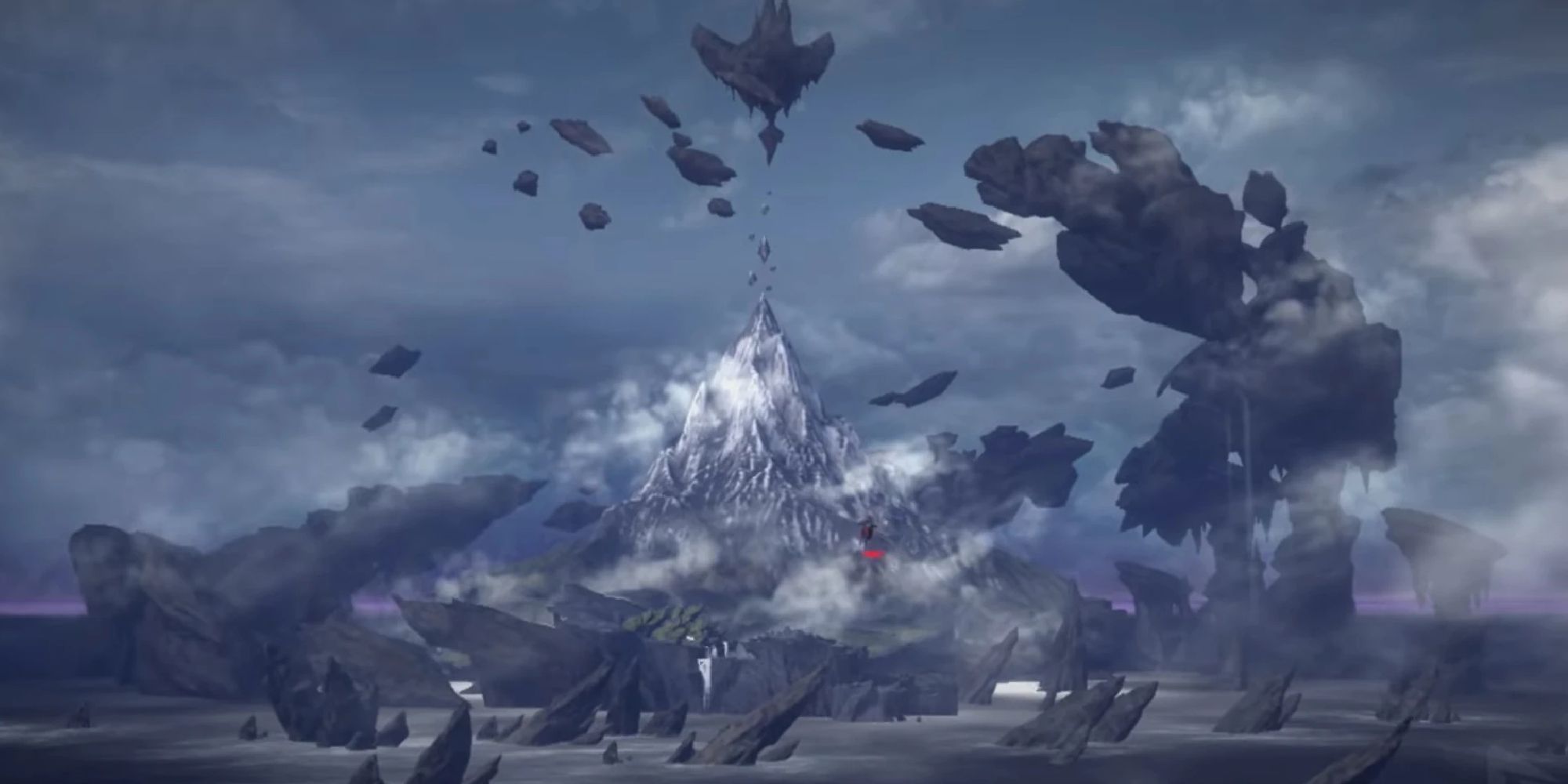 Thule is the name of the hidden island that Viola takes you to at the start of Bayonetta 3. The island was supposedly discovered by the witches and sages when using the Eyes of the World. As we know though, the Clan Wars and Witch Hunts wiped out a majority of witches and sages, leaving Thule to be abandoned.

Now, in this third game, you get the chance to explore Thule and take in all of the beauty. The island itself has a gorgeous landscape, with steep cliffs and ancient Umbran ruins. Above, you can find floating rocks, as well as slivers that seem to peer right into alternate dimensions. 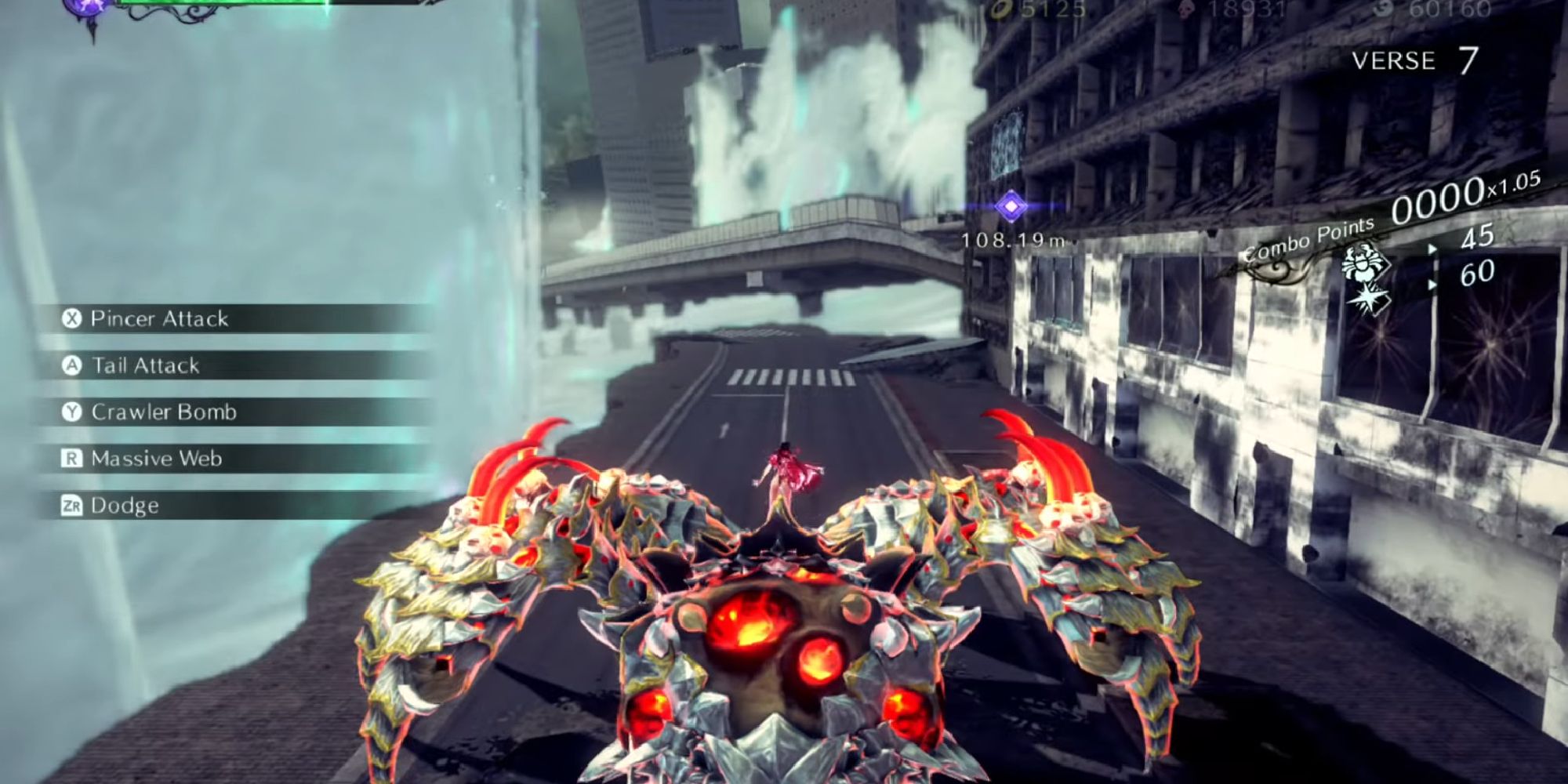 During the seventh verse of chapter two, you will team up with Phantasmaraneae, the Phantom Spider demon. Here, you will begin a chase sequence, navigating through the collapsing city of Tokyo. This verse tasks you to navigate through the hectic city without falling into any Clouds of Erasure.

The first time you do this verse, you may be a bit overwhelmed. There is so much going on, and the setting is outstanding. The massive metropolitan city of Tokyo seems smaller, as you command a giant spider over its ruins. 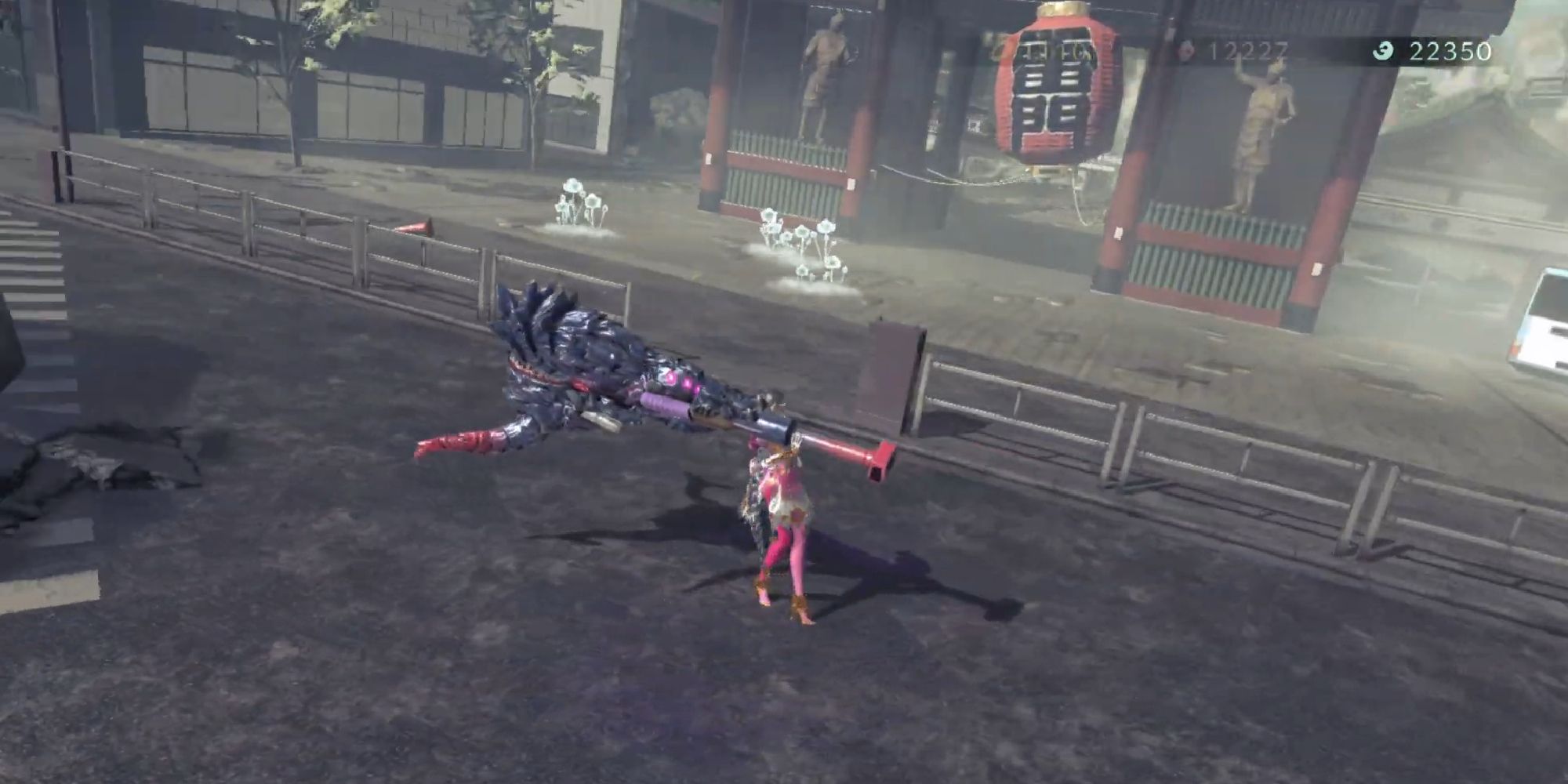 In real life, Taito is a ward within Tokyo that is home to Sensō-ji. This is an ancient Buddhist temple that many people visit, and is most recognizable by its giant red lantern. In chapter three, you will get to visit a ruined version of Sensō-ji in Taito, and even get a chance to attack the lantern to receive a few halos.

Even in a world of wreckage, this ancient Buddhist temple is still standing, which is quite remarkable. It even serves as the backdrop for a few fights, as well as the location where we first see Luka in the game. Overall, the area is extremely well-detailed, and feels like an actual location, rather than just some background ruins. 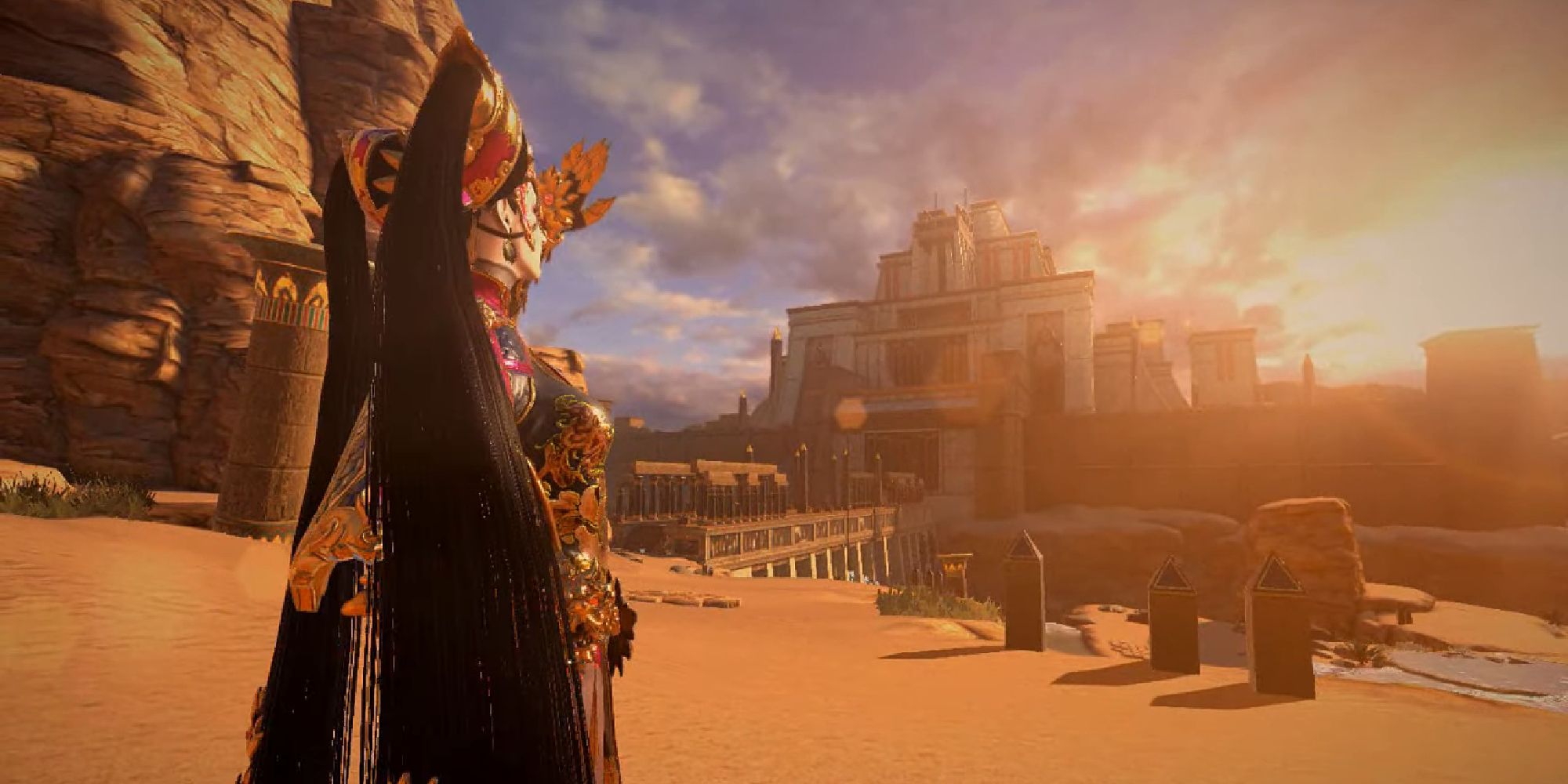 When the first trailer for Bayonetta 3 came out, we were shown Tokyo's Shibuya Crossing. From this first look to the official release, we didn't learn of any new locations, so the addition of Cairo came as a surprise. Chapters that occur in this ancient city are vast, filled with never-ending sand and carefully constructed buildings.

In chapter nine, you finally arrive at the temple in Cairo. At the start of this chapter, a short scene will play, showing the temple with the sun lined up right behind it. This exact moment has made our list, as it is spectacular. Even though we only see the temple's exterior for a moment, it is so full of detail, truly looking grand. 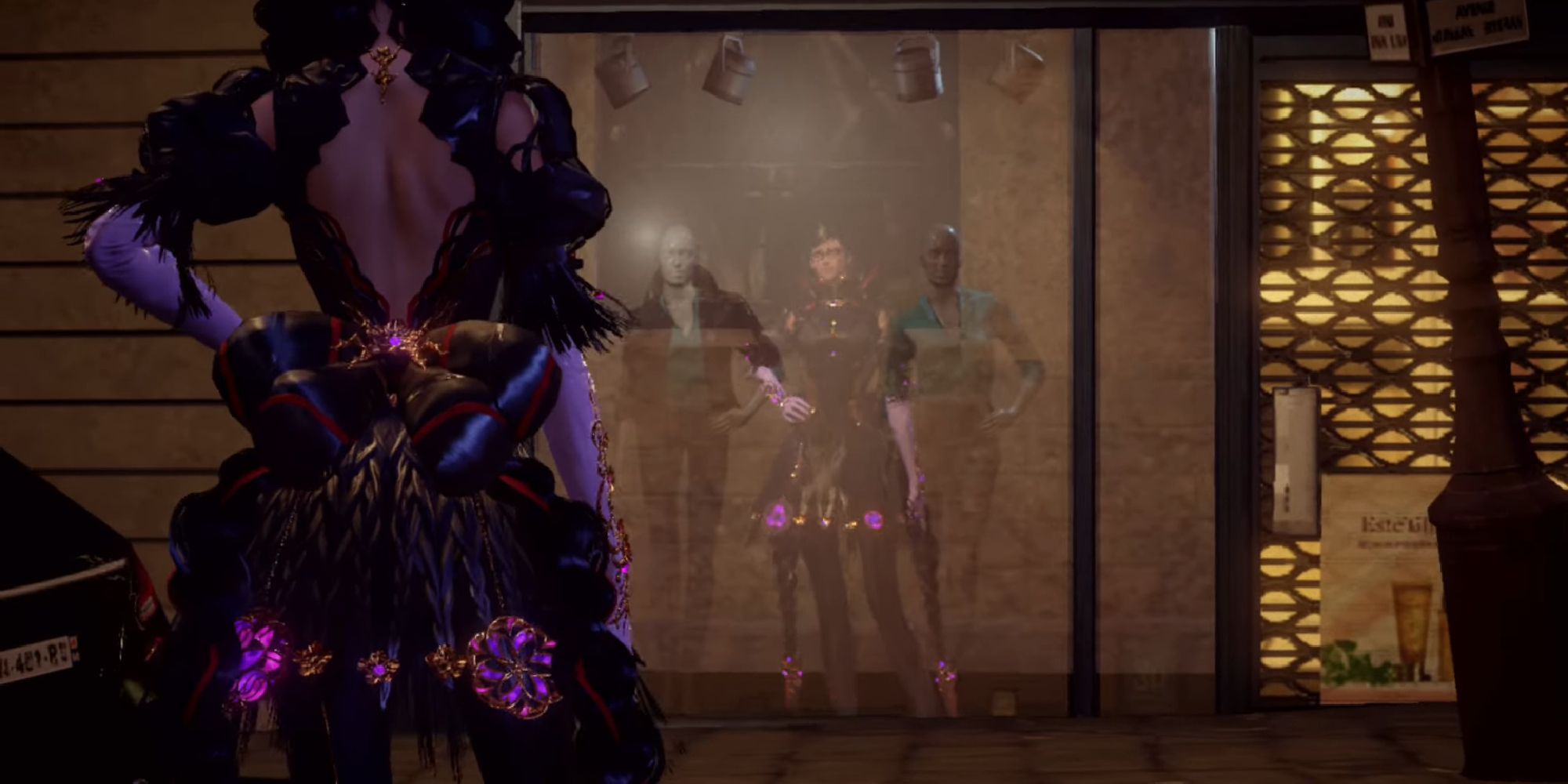 Near the end of the game, you will visit an alternate version of Paris. While completing chapter eleven, you will pass a variety of stores and side streets that can be explored. Overall, there is so much to take in while exploring chapter eleven, which each detail adding to the beauty of the city.

The storefronts can be attacked, causing them to break and the lights to turn off. Alternatively, you can leave the stores untouched, admiring what is inside. In addition to vibrant stores, Paris is also littered with cars and buses, making the city feel once alive.

Ginnungagap is a space between worlds in the multiverse, and is where you enter prior to visiting a new world. You won't stay in Ginnungagap for too long at a time, but it is truly a sight to behold. There is no edge, so it appears as if the realm stretches on infinitely.

In Ginnungagap, you can also find glowing purpose crystals, giving the area a fantastical appearance. Overall, Ginnungagap's beauty is due to it's simplicity. 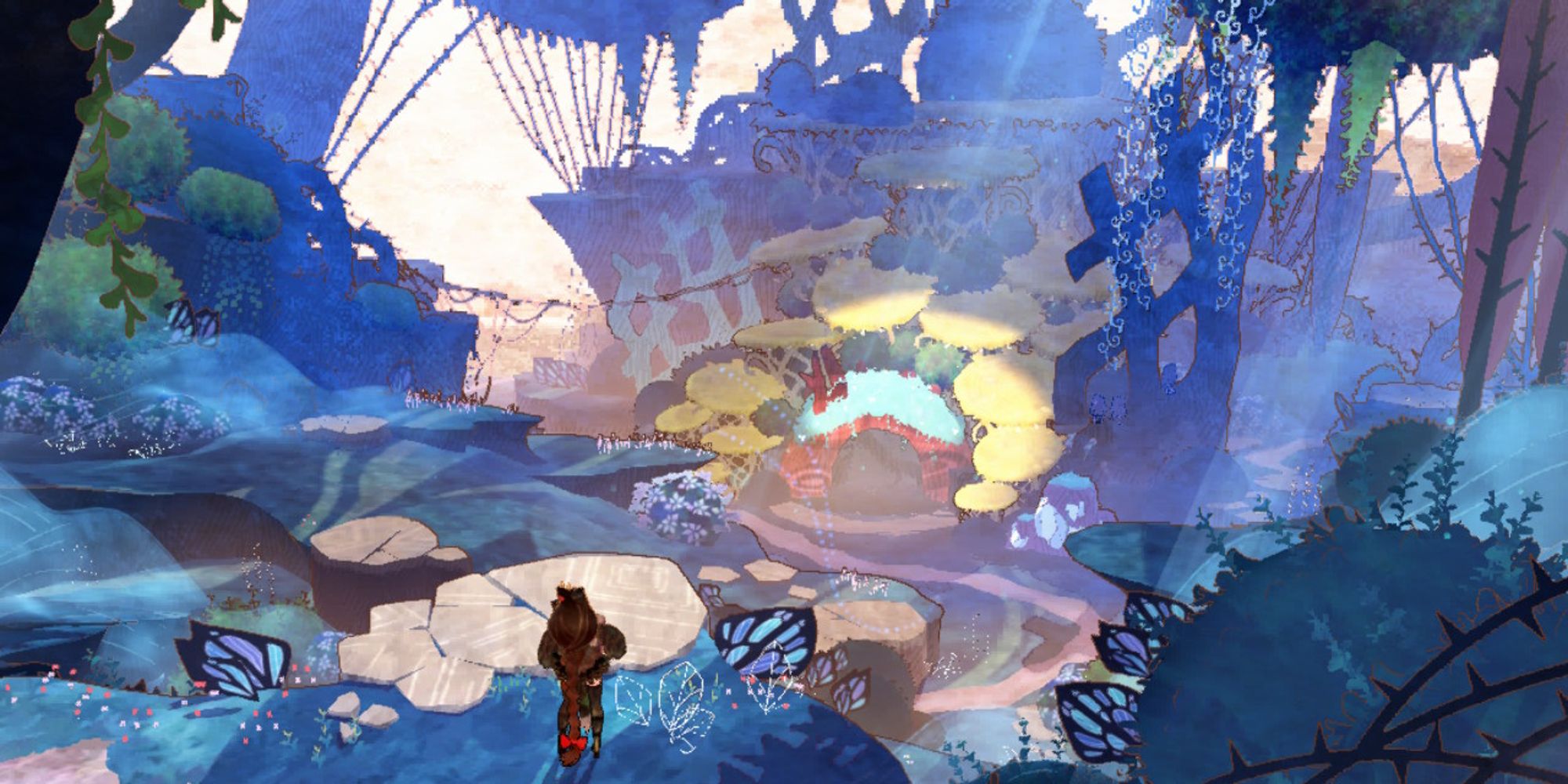 Lastly, we have Avalon Forest. This is not a location that you visit in the main story of the game. Instead, you will venture here during an extra secret chapter. For information on how to visit this place yourself, be sure to check out our guide.

The Avalon Forest has a distinct art style that is far different from any other chapter in Bayonetta 3. Instead of a realistic 3D art style, this secret chapter looks like a storybook, with bright and whimsical colors. If you are familiar with the game Okami, this chapter has a similar art style. This is natural though, as Hideki Kamiya is one of the minds behind both games.