Those looking to pick up a physical copy of Super Mario 3D All-Stars should be wary of scalper prices on eBay.

Super Mario 3D All-Stars’ limited availability has been met with much disdain from fans. Why keep three beloved games in a limited fashion, especially when money is tight these days? It’s always possible Nintendo is planning on releasing these games individually afterward, but that’s just speculation. Already, eBay scalpers are taking advantage of the situation.

Spotted by NintendoSoup, Super Mario 3D All-Stars is being listed at exorbitant prices on eBay. If you type “Super Mario 3D All-Stars” on the e-commerce site, you’ll find the game priced as high as $115, and it doesn’t end there. There is also a listing priced at $10,000, no joke. It’s best to stay clear of these sources. 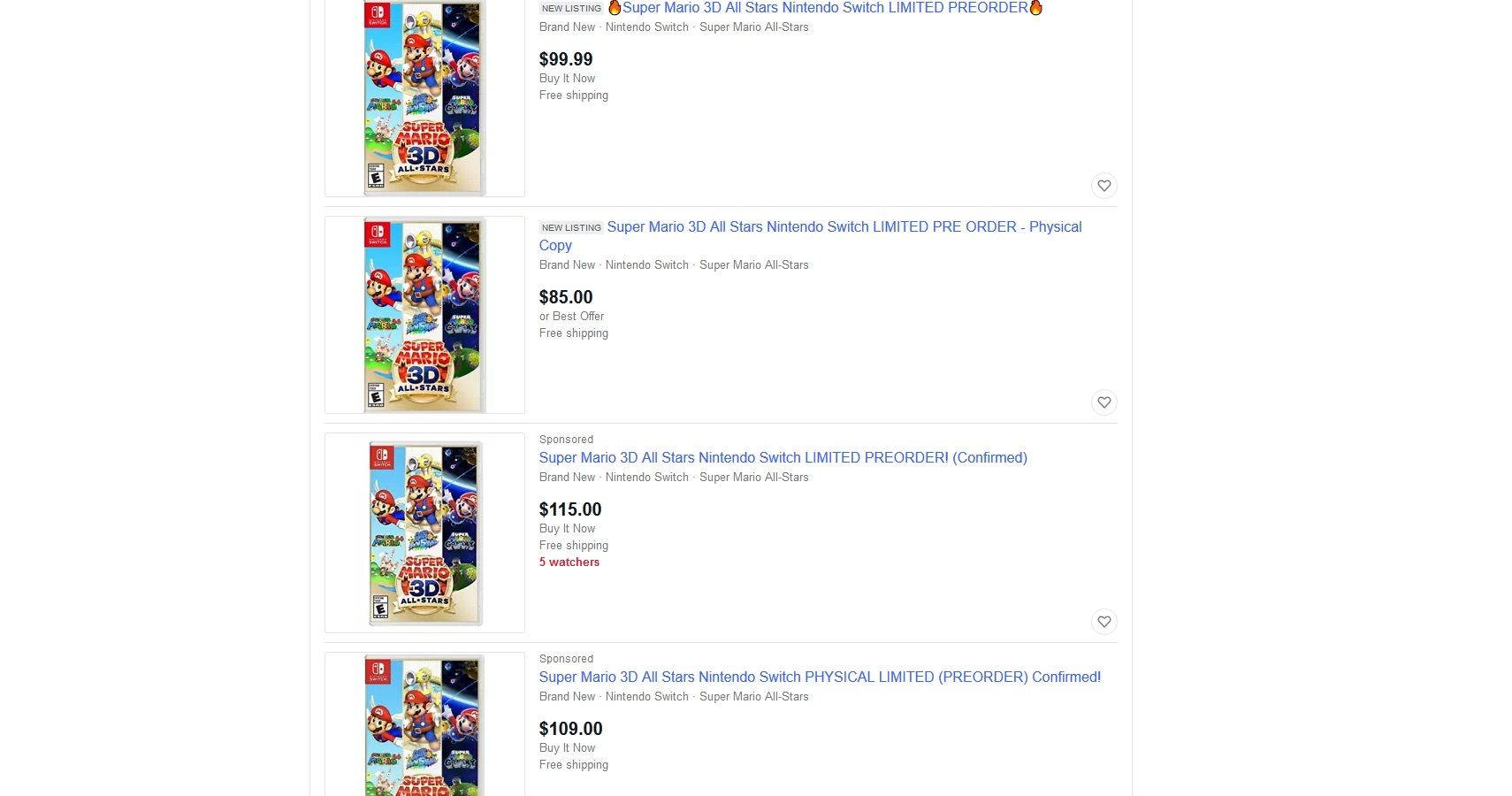 Yes, Super Mario 3D All-Stars will only be available for a limited time. However, in North America, the physical version of the game is still readily available for pre-order at Amazon, GameStop, and more. Don’t fall for these eBay scalper prices if you’re interested in the title. Of course, you’ll also want to pick it up, either physically or digitally, before March 31. If scalpers are listing it high now, the game will likely be impossible to find reasonably priced once its availability comes to a close.

The big question is why Nintendo is limiting Super Mario 3D All-Stars even in digital format. It would make sense to make a physical edition limited, but not digital. Fans wouldn’t criticize Nintendo if the games were being made available individually, but the company has not even hinted such a thing is happening. Hopefully, that’s the case, otherwise it will come across as anti-player to make a game like Super Mario Sunshine unavailable to play on Switch after the time is up.

Fallout New Vegas: The 7 Best Perks (& The 7 Most Useless)

Activision Banned 20,000 Call Of Duty: Warzone Cheaters On Monday
Recent Posts
We and our partners use cookies on this site to improve our service, perform analytics, personalize advertising, measure advertising performance, and remember website preferences.Ok