Bizzabo, a platform that helps businesses run hybrid events spanning the online and offline spheres, has raised $138 million in a series E round of funding led by New York-based VC firm Insight Partners.

The raise comes as the COVID-19 crisis leaves what is likely to be an indelible mark on the trillion-dollar events and conference industry, with many businesses preparing to keep the digital element of their events that they were forced to embrace in 2020 as part of new hybrid models in a post-pandemic world. Web Summit, one of Europe’s largest technology conferences, recently confirmed that it had already booked the venue for its brick-and-mortar return next year, aiming to host 70,000 in-person attendees plus up to 80,000 online using a platform it developed itself. News outlet Reuters also confirmed that it would be adopting a hybrid events model next year, combining local networking meetups with online incarnations after seeing some success with this approach during the pandemic.

Founded out of Israel in 2011, New York-headquartered Bizzabo in its original guise was a technology platform provider for physical events, targeting organizers with a range of tools such as registration and ticketing, marketing, website building, agenda management, networking, post-event surveys, and more. As with many companies in 2020, Bizzabo was forced to transition as social distancing decimated demand for in-person interactions, and it swiftly launched a new virtual events platform in partnership with Kaltura back in March.

“We started to notice an effect on in-person events in mid-February through March, when some of our larger clients began cancelling in-person events,” Bizzabo CEO and cofounder Eran Ben-Shushan told VentureBeat. “From there, many others were forced to do the same and we knew we had to act quickly and provide our clients with virtual solutions.”

In less than three weeks, Bizzabo released its first virtual incarnation to market, and by the end of June, the company claimed its strongest quarter ever. 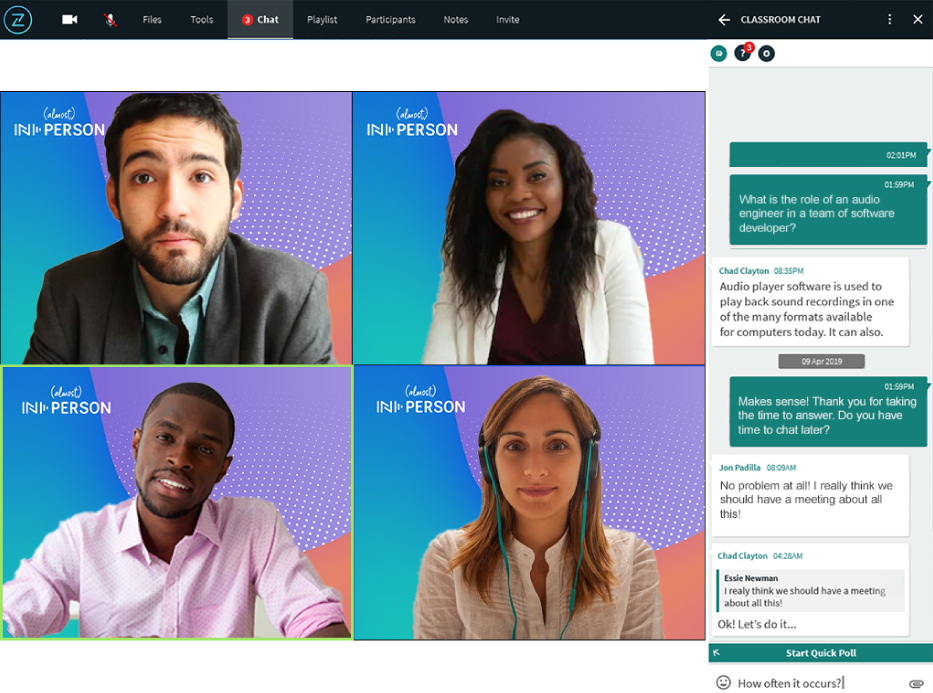 A slew of fledgling virtual events startups gained significant traction in 2020. London-based Hopin recently raised $125 million at a staggering $2.1 billion valuation, just over a year after it was founded, growing from eight employees and 5,000 users to 200 employees and 3.5 million users during the eight-month pandemic period. Elsewhere, Mountain View, California-based Run The World raised two rounds of funding this year, including a $10.8 million series A round in the midst of the global lockdown, while India’s Airmeet closed its seed round in March followed by a $12 million series A round shortly after.

While all these companies were fortuitously positioned having gone to market as online-only events platforms, others faced do-or-die pivot decisions. Similar to Bizzabo, Hubilo was an established events startup that pivoted its entire business model from brick-and-mortar to virtual events in a short 20-day period and went on to nab some notable investors. And another young startup called Welcome had to pivot quickly to virtual events having only just gone through a Y Combinator program as a restaurant software startup, going on to raise $12 million from big-name investors including Kleiner Perkins.

Bizzabo, for its part, could be in a strong position to capitalize on the warm embrace of hybrid events as the world slowly transitions back to normality over the next year and beyond. It has an established track record in the events space spanning a roster of high-profile companies including Inbound, Gainsight, and Drift in the enterprise realm, while it also claims the likes of Uber and Rakuten as clients. Any company wishing to operate a truly hybrid event may be more inclined to use a single platform that offer the tools for both online and offline events, with cross-event analytics surfacing trends between the two formats.

“We’ve seen that attendees are participating in more events virtually than they would typically attend in-person,” Ben-Shushan added. “Yet, we also know that virtual can never fully replace the spontaneity and connection provided by in-person experiences. For certain event programs, a hybrid experience provides the best of both worlds.”

Prior to now, Bizzabo has raised nearly $57 million, and with a fresh $138 million in the bank the company said that it plans to built out its features that bring together the best of virtual and in-person events, while it also plans to triple its engineering, product, and “experience” teams and open two new offices in Europe in early 2021.

In terms of what these new hybrid events may look like, well, much will of course depend on how quickly and effectively the world is able to roll out the new vaccines, and even then it could take a while before companies are willing to risk full-scale physical meetups.

“We anticipate that organizers will first lean on smaller, regional in-person events in 2021 — that are amplified virtually for a hybrid experience — before hybrid experiences become enmeshed with larger flagship events,” Ben-Shushan said.