Fishing serves several purposes in Black Desert Online. We’ve all heard the “If you teach a man to fish…” proverb. But outside of feeding yourself for life, you can also use various fish in alchemy formulas and trade if you’ve hooked a rare enough species. As with life skills such as bartering, it’s possible to make a fair living wage as a fisherman as well.

You can obtain a fishing rod by earning, buying, or building one. Buy fishing rods from fisher merchants. Many of the Otters near the shorelines will sell fishing gear. You can also check at markets and with material merchants. You can also earn them as quest rewards or have your workers build one in a tool workshop.

Floats provide additional aid in securing big and rare catches. They are classified as a secondary weapon, as far as equipping is concerned, and come in two varieties:

Proper fishing attire can protect against monster attacks while wading in the water and, as they say, dress for success. Wearing the appropriate outfit will also help you level up your fishing skill.

Boats are the next step when you’re ready to take your fishing off of the shoreline. Boats allow you to traverse into the open waters rather than sticking to coastal locations. Additionally, they expand your inventory for longer fishing expeditions and can be rigged with additional gear to encourage certain species to bite.

Harpoons are needed to catch certain (usually rarer) species of fish. They can be obtained through leveling your fishing skill or crafted at Tool Workshops in port towns or seaside lodgings.

Teach A Man To Fish 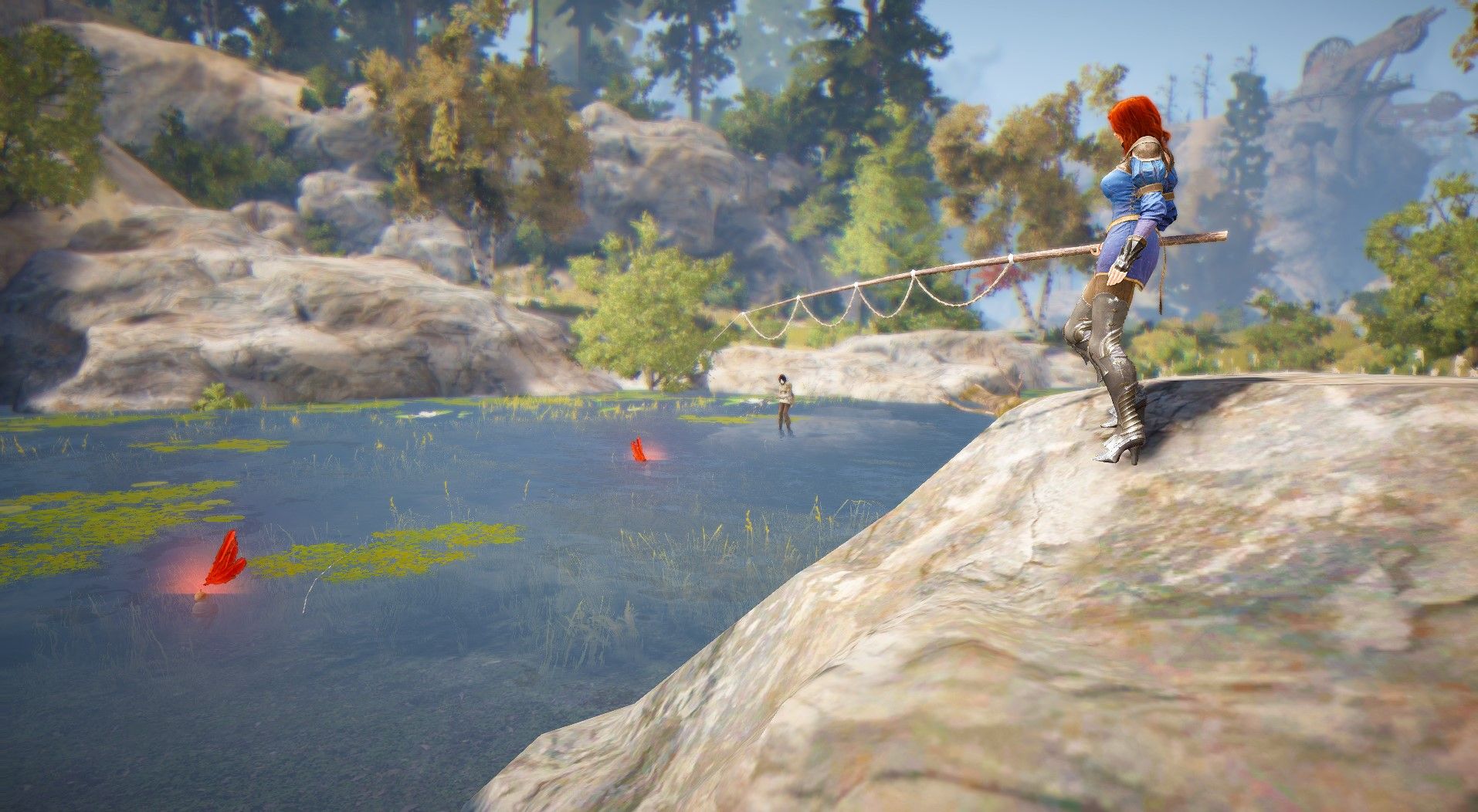 Equipping a fishing rod while encroaching on an adequate fishing spot (all save the shallows) will show you the fish population in that body of water. Sometimes this will be displayed graphically, too, through schools of fish appearing in the water. But, conversely, the pop-up may tell you the population has been exhausted, in which case fat chance you’ll catch anything more than a manky old boot.

To cast your line, settle up to the water’s edge and press the space bar. Once you’ve baited a fish onto the hook, you’ll need to press the space bar when the meter is in the blue zone to hook the fish. You’ll then mimic some sequence of WASD as it appears on the screen within a limited time in order to reel in the catch.

Auto-fishing begins automatically when you snag something but do not begin to reel it in manually. This function allows you to go AFK while still grinding for some extra coin. If you plan to be away for an extended amount of time, you should mark the “Throw away useless items while auto-fishing” checkbox. This will automatically clear out any scraps and debris you reel in, saving room for more fish.

Ironically, Black Desert is teeming with a slew of fish species. You’re sure to hook something if you cast your line into any body of water by chance. But if you’re looking to snag a certain, more elusive species, check the lists below to scout out the best fishing hole for your purposes. 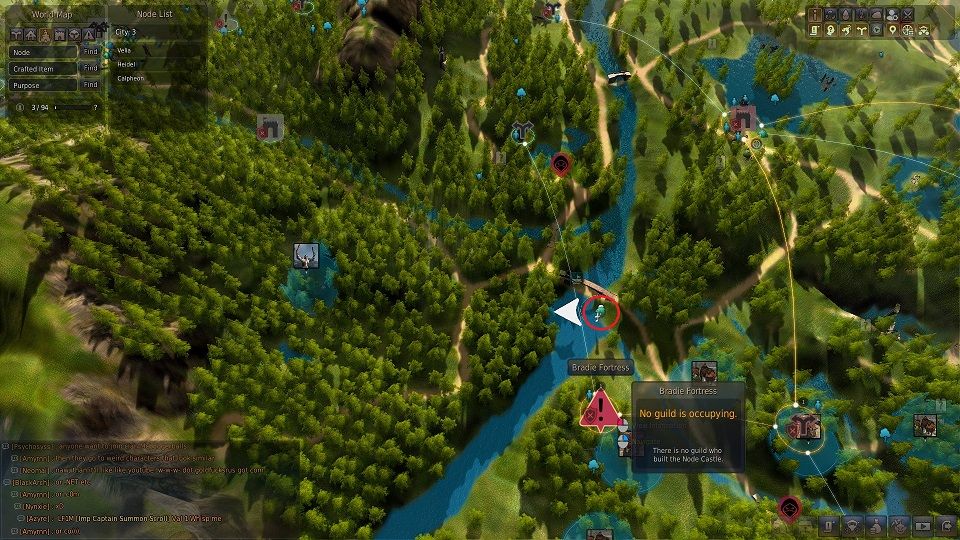 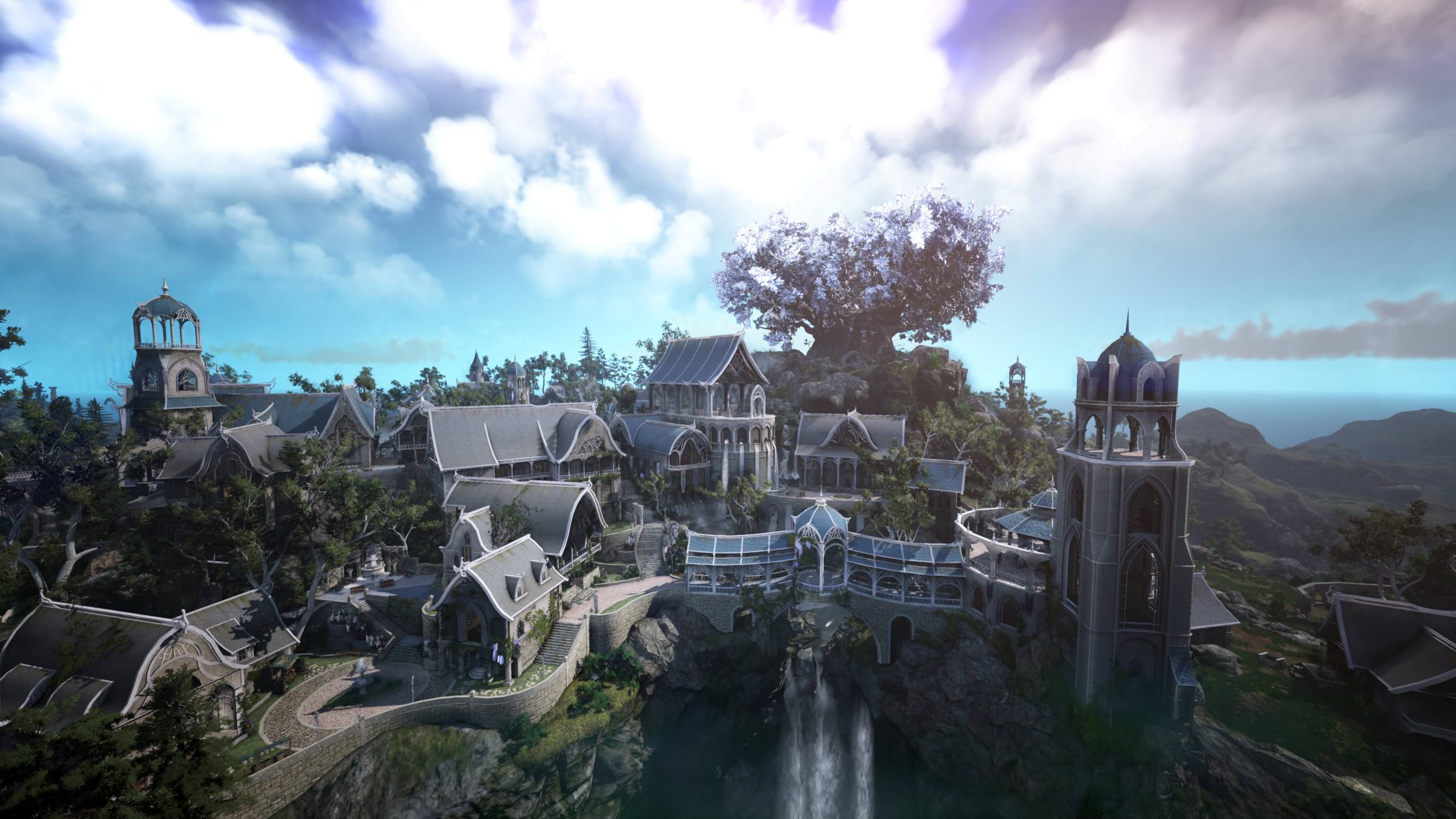 Located south of Calpheon, this territory hosts a variety of species pools unique to each of its fresh bodies of water. While each location may play home to different common and rare fish species, they all share a common species pool of big fish. The only exception to this is the inland coastal waters which have only a small pool of common species they share with Atanis Pond. 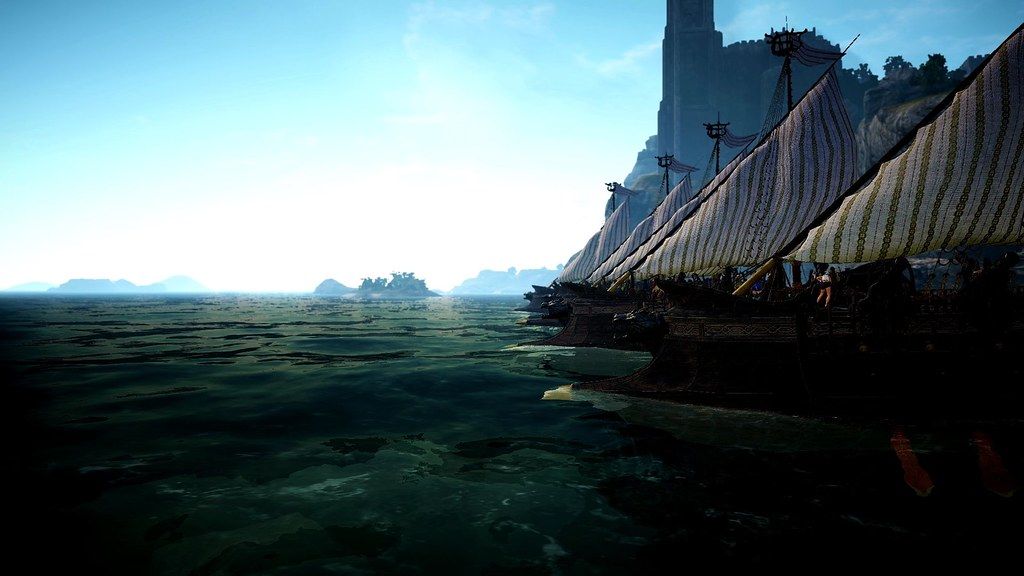 Balenos, Calpheon, Mediah, and Valencia all have saltwater access and therefore have a separate pool of native seawater species. Additionally, if you ever see a flock of seagulls gathering around a certain point, that is known as a ‘hotspot’ and indicates the appearance of a rare fish species in the vicinity.

These common Seawater species can be found across the entire Balenos region.

These common species can be caught along the primary sea channel in the Balenos region.

These common Seawater species are available throughout the Calpheon region.

These common species are available across the entire Mediah region.

Valencia has a regional species pool where all fish can be caught throughout Valencia in Al Halam and the Valencia sea.

These rare species can be hunted throughout the Valencia region exclusively with a harpoon.

These species can be found in both Valencian seas on rare occasions. 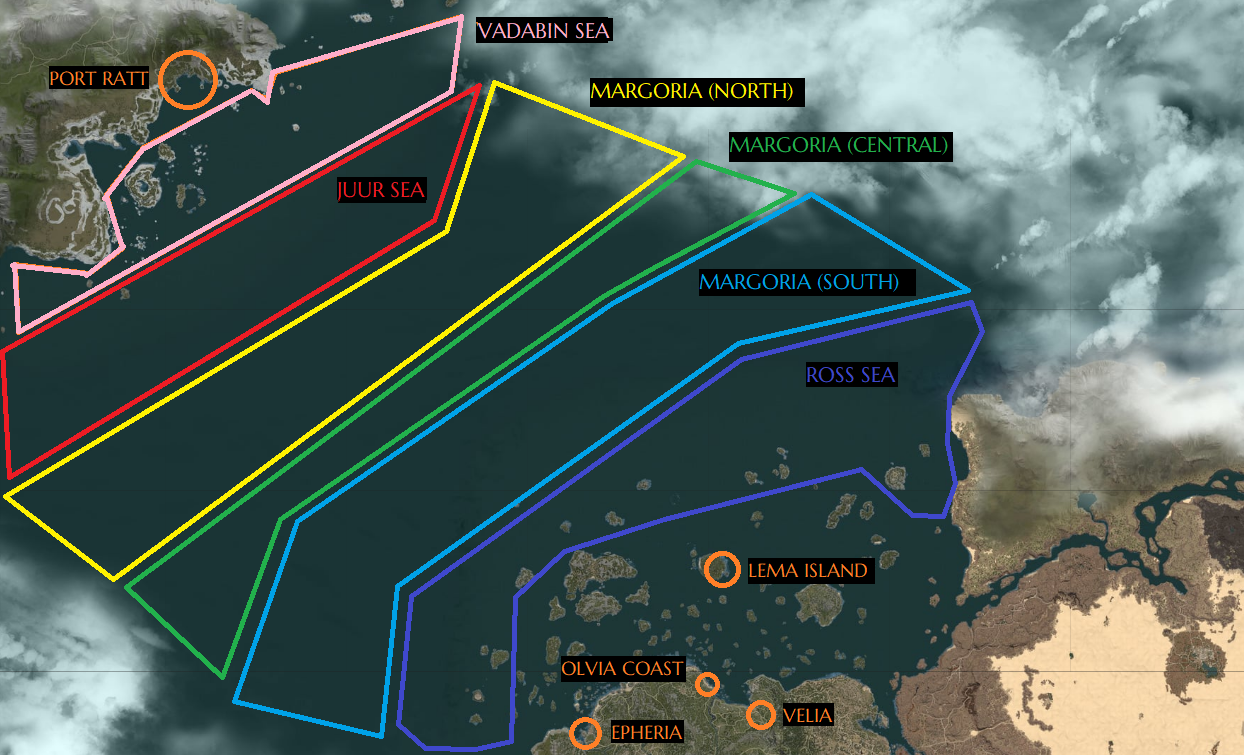 The Margoria Ocean is split into regions of its own, each with its own species pool. However, the rare species throughout the Margoria ocean are unanimous throughout every region. 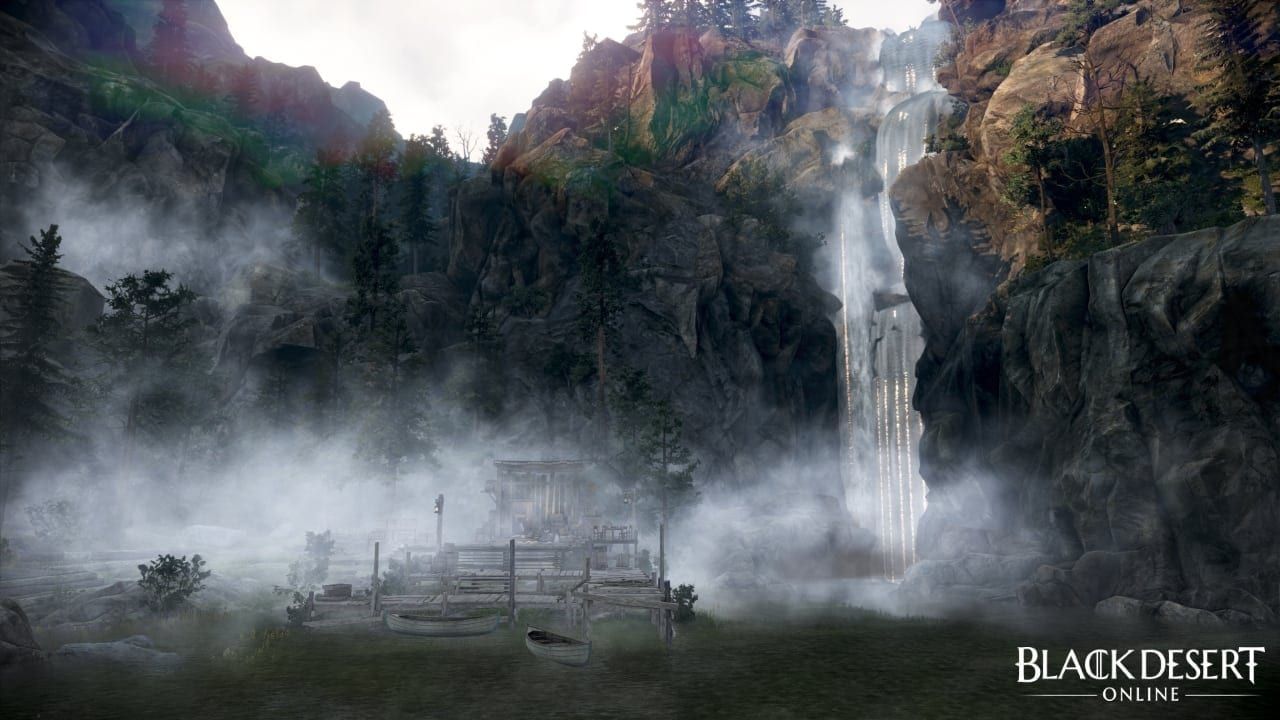 At the Ancado Inner Harbor port, these species can be caught only with a harpoon

This variety of species can be caught at the Altinova port.

These select species can be caught at the Altinova port only when using a harpoon.

Fish for these common species in Port Epheria.

These common species can be caught in the Velia and Velia Beach ports.

Additionally, these species can be caught in the Velia Beach port.

You won’t always snag a fish, but rather junk, sellable loot, or on occasion, valuable items such as crystal shards and keys for unlocking treasure chests.

There are benefits and drawbacks to both variations of fish. Fresh fish spoils and loses its value gradually right up until it expires. However, the freshest of catches sells at a higher value. Fresh fish is also profitable.

Dried fish can stack in your inventory, whereas each fresh fish takes a single inventory slot to store. Dried fish fetches a lower value when trying to sell, but they don’t spoil, ensuring some profit. The stackability of dried fish makes it a profitable trade good, and as a cooking ingredient, 1 fresh fish is equivalent to 2 dried fish. Drying fish manually is largely regarded as grunt work. So instead, send workers to Fish Drying Yards and collect their yields when they return. 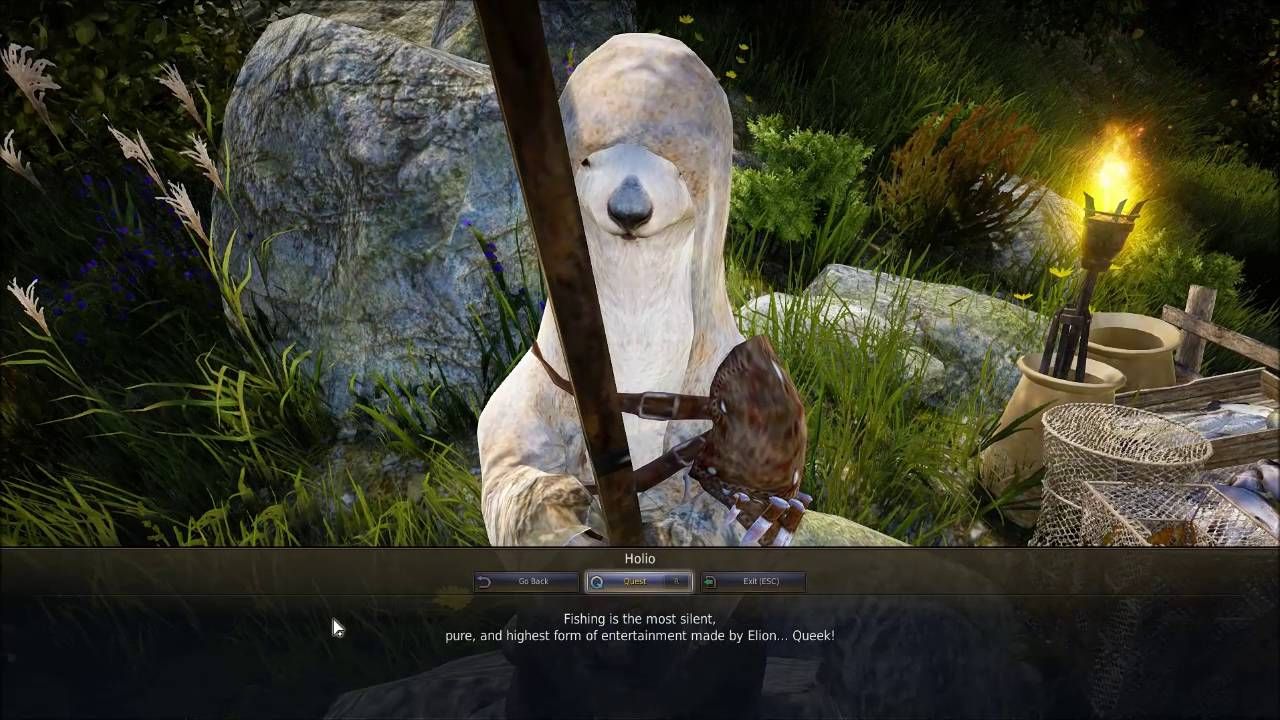 Some of these castaway items are necessary for various fishing quests. Baggio, Holio, Jiro, and the NPC around the West Guard Camp bridge are the quest givers of these tasks involving catches such as tattered boots or broken hooks. However, there are several other uses for the more pertinent catches outside of questing.

Perhaps the most obvious use for fishing is for cooking. Fish can be salted and preserved in several ways through the culinary arts or cooked up fresh in a variety of dishes. Various species are also required ingredients in some alchemy formulas. Stacks of dried fish can be bundled into trade goods when using a fisherman’s workbench, and there are two options for selling your catches as well.