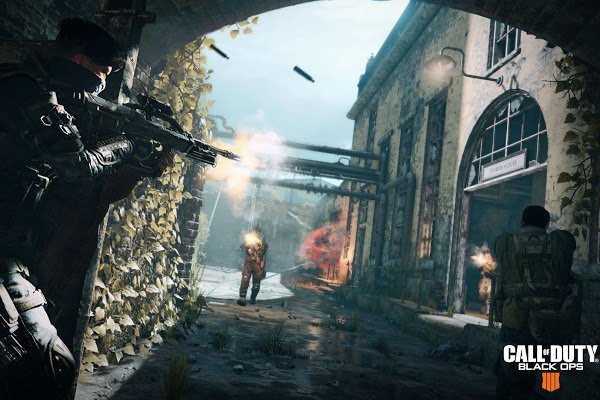 But thanks to a marketing deal between Sony and CoD publisher Activision, we see content get few days headstart on the PlayStation platform compared to PC or Xbox One.

So players that are eager to play that new mode (which promises to bring a few interesting changes to the way you play the game, thanks to its unique architecture) will have to wait a little while.

But this time at least, the wait isn’t too long: Alcatraz will be coming to Xbox One and PC on April 9.

As per developer Treyarch:

“The new Blackout Alcatraz map is set in a fog-filled island boasting a variety of environments that all lead up to the big cellhouse atop the hill,” reads the Activision post.

“Requiring new strategies and tactics, players will drop in, gear up and fight through both close-quarters combat and long-range exterior firefights as they battle to be the last squad standing.”

“Alcatraz is launching in addition to the original Blackout map, so players will have two distinct maps to choose from when jumping into the mode.”

But what is the Alcatraz map?

Well, unlike most Battle Royale maps, which are normally vast and sprawling, Alcatraz is going the complete another way.

Instead, the new map is more close quarters and will feature as its own playlist and environment.

According to Charlie Intel, it’s possible that the map will feature the Down, But Not Out rule set which allows teammates to respawn if their team is still alive. This is based on the announced in the trailer (above) saying “squad redeploying” at various stages.

For the time being there’s still no word on player counts. You might suspect it would be smaller given the reduced space players have to fight. But then again, who knows, maybe the early sections will just be a bloodbath every time.