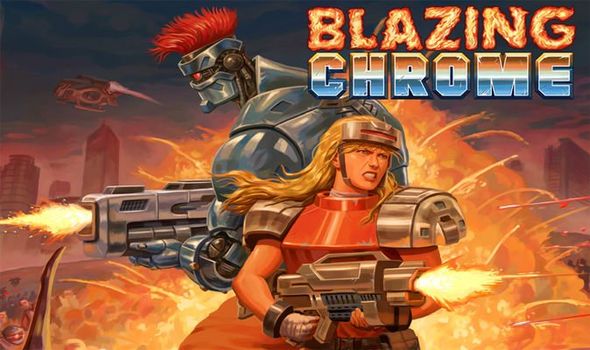 After years of neglect, fans of run and gun shooters are in bullet heaven (or hell) thanks to the news that a new Contra game is launching later this year – and that’s on top of the Contra Anniversary Collection that released last month.

As we countdown to the launch of Contra Rogue Corps on PS4, Xbox One and Nintendo Switch, fans have been treated to a meaty appetiser in the form of the excellent Blazing Chrome.

We know you’re probably tired of hearing the comparisons to Konami’s iconic shooter series, but there’s simply no denying that Blazing Chrome is a Contra game in all but name.

Paying homage to the genre’s 16-bit glory years, Blazing Chrome has all the ingredients of a great run and gun shooter. 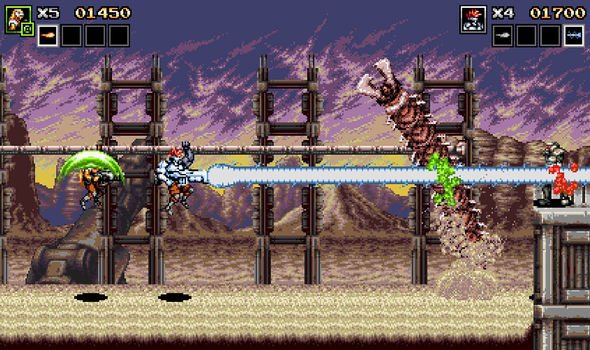 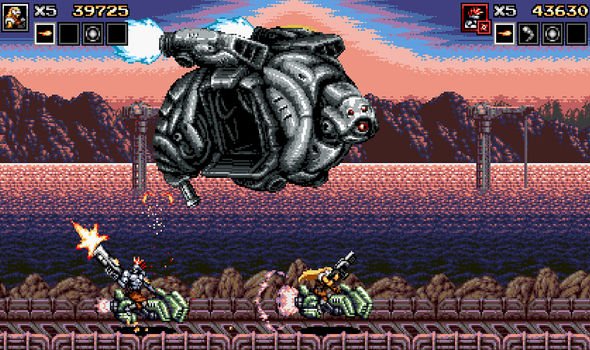 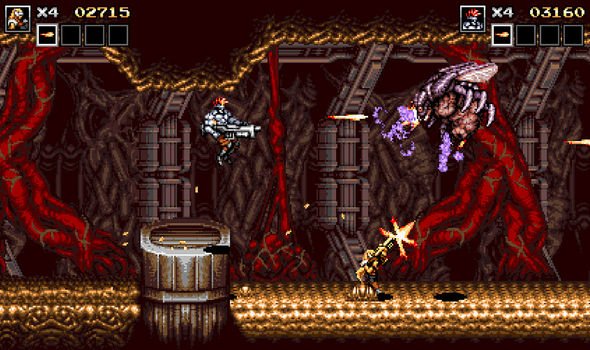 With chunky sprites and lots of them, colourful stages, big explosions and parallax scrolling, Blazing Chrome feels like it was made for the Sega Mega Drive.

Look a little closer, however, and you’ll see an extra level of background detail that’s simply not present in the older games.

It’s faster, smoother and even more chaotic than the shooters of yore, pitting players against an overwhelming number of mechanical enemies and some of the biggest and best bosses in recent memory.

Then there’s the thumping soundtrack and meaty sound effects, which further evoke that warm feeling of nostalgia.

With so many enemies on screen and a ton of bullets to dodge, Blazing Chrome is a challenging game to best, although I do have mixed feelings about the checkpoint system.

The ability to retry from a previous checkpoint (even when you’ve run out of continues) is convenient, but it also exposes the game’s short running time.

Fortunately, there are some bonus unlocks for players who finish the campaign, such as a mirror mode and new characters.

Unlike the starting characters – a resistance fighter named Mavra and her robot compadre Doyle – the new characters use melee attacks and air dashes.

Requiring more caution and a better use of space, using the unlockable characters fundamentally changes the way you approach levels.

Mirror mode is another neat way of extending the game’s life, because you’ll need to unlearn all of those levels you memorised.

My only other complaint is that despite catering to the modern gamer with a forgiving checkpoint system, the development team hasn’t added the ability to buddy up online.

But such minor niggles shouldn’t detract from what is an otherwise excellent run and gun shooter. It may not be a Contra game by name, but it might end up being the best Contra game this year.

Over to you Contra Rogue Corps.