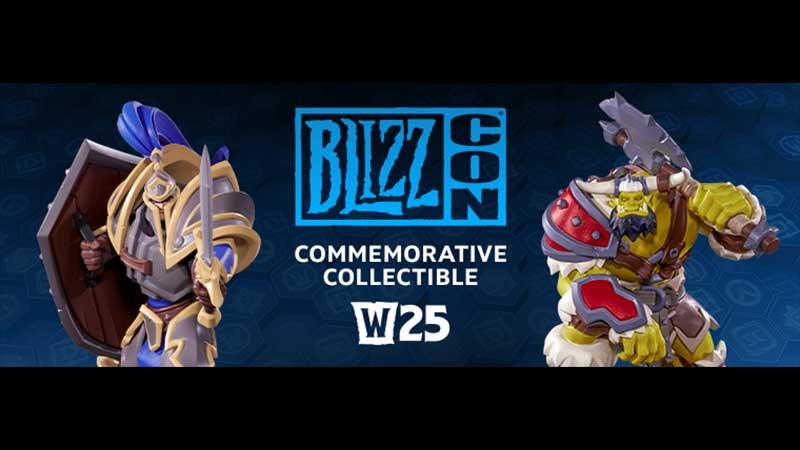 Blizzard has announced details for BlizzCon 2019, which takes place at the Anaheim Convention Center on November 1 and 2, with tickets going on sale in two waves – Saturday, May 4 and Wednesday, May 8.

If you want to get tickets for the convention, there’s a new Portal Pass, which gives you special access to the Darkmoon Faire area before the con for the “Night at the Faire,” preferred parking, lounge access, preferred entrance on Friday and Saturday, and more.

There is also the standard BlizzCon Pass (which includes access to the pregame festivities on Thursday) and the return of the BlizzCon Benefit Dinner. The latter gets you into the charity event with Blizzard developers and also includes the Portal Pass perks.

Finally, Blizzard is commemorating the 25th anniversary of the Warcraft universe by giving everyone who buys a ticket their choice of a statue collectible, either an orc grunt or a human footman. You’ll decide which when you purchase your ticket, and pick it up at the show. If you’re not going to the show, you can still buy these for a limited time at the Blizzard Gear Store.