TikTok is exposing me to so much in the modern media landscape. Whether it be zoomers marching to see Minions: Rise of Gru dressed in formalwear, merchants taking advantage of users with scooping scams, or Morbius taking over the world – the social media platform has more influence than we ever could have expected.

It’s a wholesome, toxic, educational, and undeniably corporate place designed to keep you scrolling with an algorithm that figures out your interests and does its very best to reflect that in the content you consume. For the most part it works, with my feed now a mixture of gay cartoons, thirst traps, and memes. It also thinks I’m super into Harry Styles and One Direction drama, which I kinda am but don’t tell anyone it’s really embarrassing.

My latest fascination is Bluey. It’s an animated show hailing from Australia that I am definitely not the target audience for, but that hasn’t stopped me from watching every clip that comes across my feed. It follows the titular Bluey, a blue-heeler puppy with a good heart, loads of energy, and plentiful lessons to learn as she grows up alongside her caring family. Each episode is only 7 minutes long, often centering around a specific scenario or theme like Bluey and sibling Bingo freezing their Dad in time with a magic xylophone or dressing up as senior citizens and role playing far beyond their years.

Like I said, I am absolutely not the target audience here, but the animation style is so colourful and distinct and the stories so heartfelt and relatable that I couldn’t help but be drawn in. While outwardly it’s an experience appealing to a much younger demographic, Bluey has also been developed with the adults watching alongside their children in mind. The parents in the show are all fully developed characters, with Bluey’s guardians having established jobs in very real sectors of our own world. Of course everyone in the show is a talking dog that doesn’t wear clothes, but don’t let that lapse in realism bother you.

Reading into the show’s production, it seems creator Joe Brumm wanted Bluey’s family to reflect modern parenting practices, with both guardians working to support their children in a supportive local environment with a clear focus on community and togetherness. They still struggle, as most people do nowadays, but these moments are presented with an honesty that anyone can empathise with. There’s a social realism to its storytelling, with logistic, emotional, and physical problems approached with a realness that doesn’t sugarcoat the real world, if anything it prepares younger audiences for the inevitable times ahead. 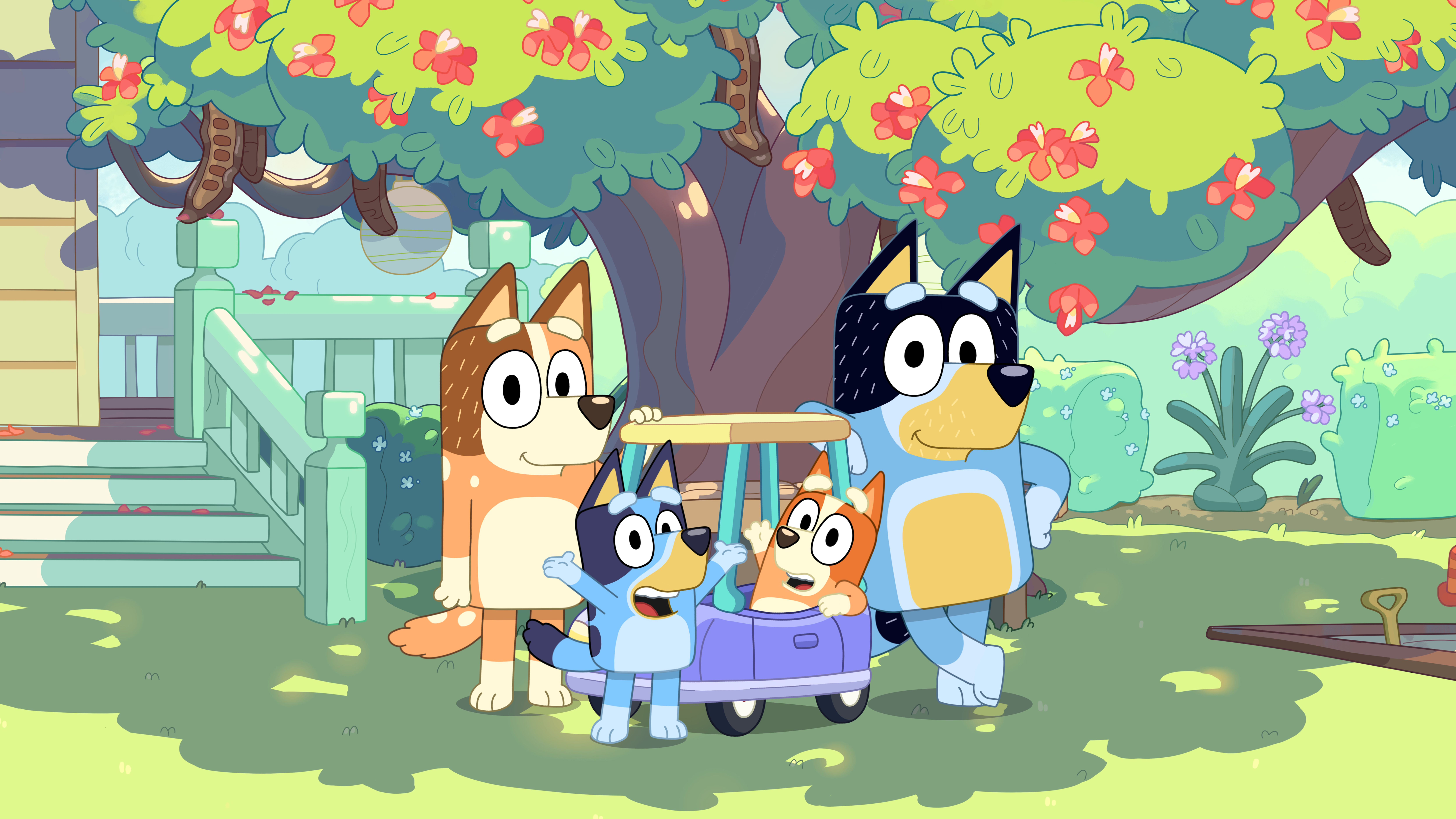 One episode has Bluey comprehending the death of a bird, and her parents are quick to understand how the reality of death can be a lot for a child to handle, and they struggle to conjure up the right words to explain something to someone so fragile. The themes of infertility, disability, social acceptance, sharing, and more are touched upon in ways that teach lessons without talking down to the viewer, imbued with a simple narrative execution that had me tearing up because I’m a big baby. Bluey’s Auntie comes to visit one day and exudes a clear sadness when playing with her sister, and questions are eventually raised about the frowns indicating something beneath the surface. She can’t have kids of her own, but loves her family, and having to explain that to not only Bluey, but those watching is no easy task, but the writers pull it off beautifully. There are so many episodes like this.

Bluey also provides a comprehensive glimpse into Australian culture, with the show’s setting largely inspired by Queensland and Brisbane. Fun fact: I’m half Australian, but I’ve never been because I’m scared of spiders and none of my family live over there nowadays. It doesn’t beat you over the head with educational content, but small pockets of knowledge on the country's culture are peppered throughout most episodes and offer a compelling reason to keep watching beyond the cute characters and usual hijinks. Bluey has won myriad awards and has been subject to stage shows, merchandise, and additional media. Even after watching a few full episodes and glimpsing clips from TikTok, it’s so easy to see why. 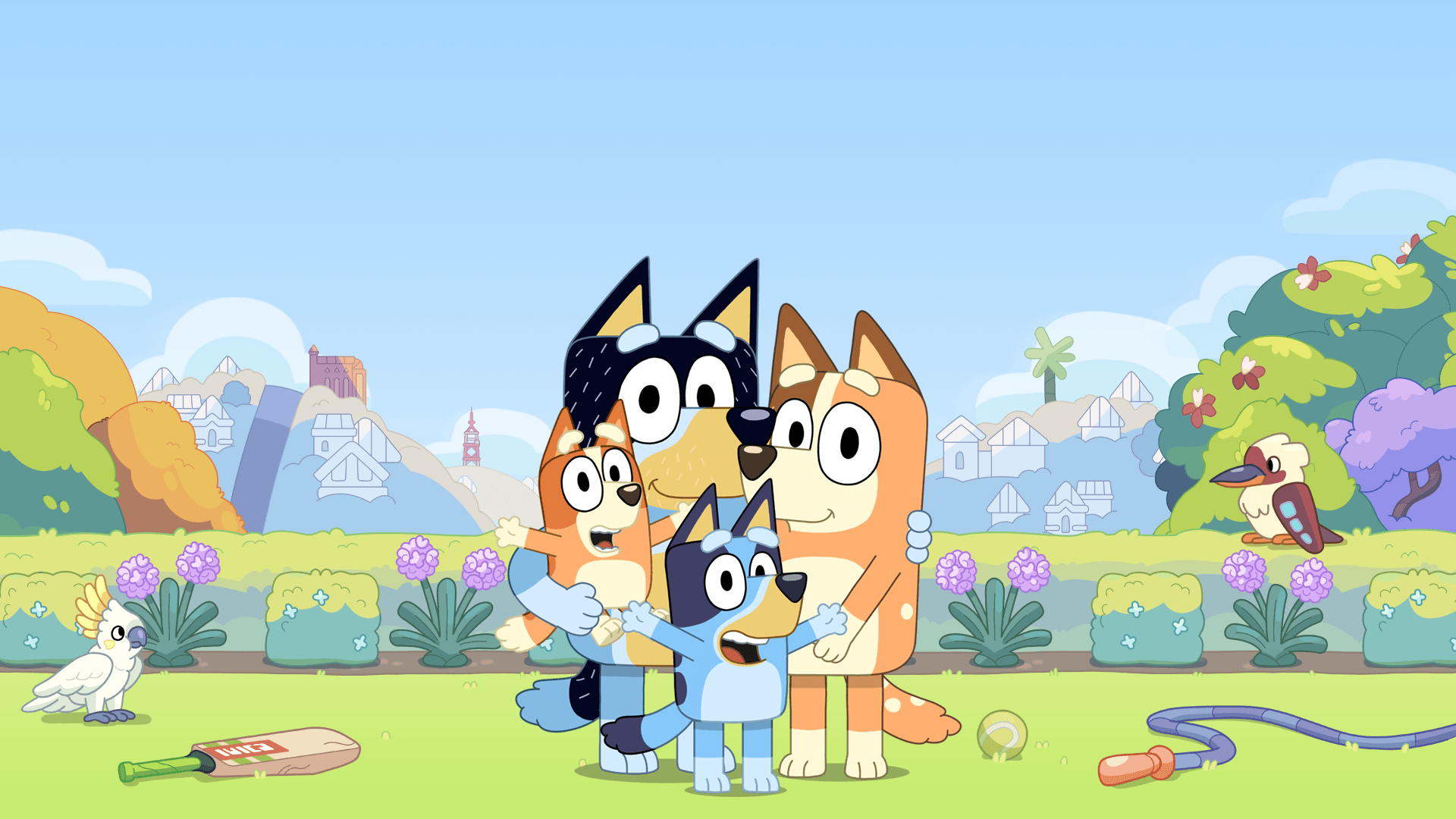 I am an adult and will watch children’s cartoons if I want to, and Bluey is such an easy and relaxing gem that anyone can get into it and come away smiling. I’ll have to stan it a little further once I’ve seen more episodes, which totally aren’t playing on my second monitor as I’m writing this sentence. Nope. Absolutely not.