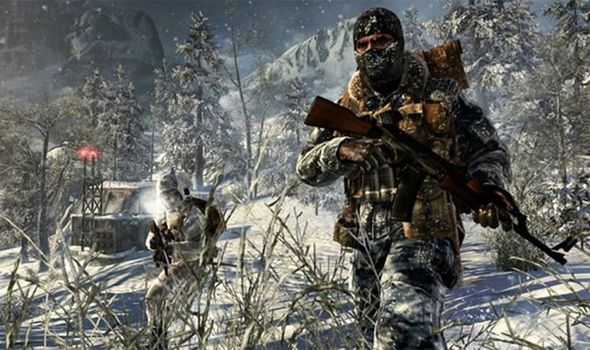 Fans are going to find out more about the Call of Duty Black Ops: Cold War release date during August 2020. After months of waiting, COD publisher Activision has started releasing news surrounding this year’s new Call of Duty game. While much of what we know about the new COD title comes from leaks, the new Black Ops game set during the Cold War looks set to be revealed as early as August 10.

This is based on new teasers released by Activision in the lead up to next week.

Wooden Crates have started to appear at leading Call of Duty media outlets, hinting that something big is being announced on Monday.

And a new trailer being launched at around 5pm BST on August 11 sounds like a great way to start building the hype around the new game.

The Wooden Crate also came with instructions on how to open the box at the right time using a code.

There’s nothing to suggest that this is part of a Modern Warfare promotion, although it can’t be completely ruled out.

But having just seen Season 5 of MW and Warzone launch, there seems very little need to announce anything else so soon.

There have also been hints popping up in Call of Duty Warzone this week that seem tied to a new reveal.

This includes the screen tuning out and a short message popping up that reads: “Know Your History.”

This appears to be tied to entering one of the bunkers around the map but that remains unverified at this point.

The new COD game has remained under wraps for months longer than previous years, leading some gamers to worry it might be delayed.

However, news has started circulating about the game over recent weeks, with developers Treyarch confirming they were working with Raven Software on the new project.

A message posted on the official Treyarch Twitter account reads: “It’s official. Looking forward to showing you what we’ve been cooking up with @RavenSoftware.”

A message Raven Software adds: “We are excited to announce our partnership with @Treyarch on this year’s Call of Duty! Can’t wait to show you more.”

So with all this information suddenly being shared, it seems likely that a big Call of Duty announcement is being worked on for August 2020.

A Black Ops reboot has been reported for quite some time, with early rumours suggesting that large changes in the development cycle have happened.

What that means for the final product is anyone’s guess at this point, although Warzone is expected to carry on being supported.

This would make the most sense as COD Warzone is currently booming and its popularity is likely to continue alongside a new Call of Duty game.