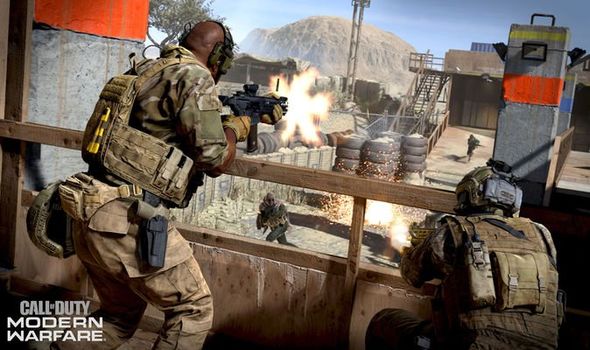 Fans waiting for something new to try out on PS4 have been given some great news from Activision.

This weekend will see a Call of Duty Modern Warfare Alpha build released for testing on PlayStation 4.

And not only will it be free to download and play but it won’t require a PS Plus membership either.

This effectively means that any PS4 owners will be able to play Call of Duty Modern Warfare this weekend with just an internet connection.

Part 1 of the Critical Alpha Intel event is scheduled to begin on Friday, August 23 and will only be available on PS4.

It should also be noted that this new playtest will be limited in its scope and what game modes will be available.

And as you might expect with an Alpha test, there’s a good chance of server issues, gameplay bugs and other problems occurring.

“This 2V2 Alpha not only is going to be a ton of fun for everyone to play, but also will help developer Infinity Ward get things just right for the upcoming full-scale multiplayer beta next month,” a message from Activision reads.

“Your feedback will help the team tune and polish as we march toward Modern Warfare’s release on October 25.”

The new Call of Duty Modern Warfare Alpha event is going to run until Sunday, August 25 and will probably end in the evening for UK players.

The official start time is on August 23, at 6pm in the UK and 10am PST in the United States.

Part of the Critical testing phase will begin with the launch of the Modern Warfare beta, which will be available on more platforms in September.

The multiplayer beta for Modern Warfare will also contain an open version of it, meaning you won’t need a pre-order to join.

However, this will be launching at different time, on different platforms, with PS4 gamers getting first access.

For more information on the Alpha test coming to PS4 this weekend, you can find the latest details below:

Alpha Start: This Friday, August 23, at 10 PDT, with preloading scheduled to be available in the hours prior to the official launch.

Alpha Type: Fully Open Alpha. There’s no game pre-order, and no PlayStation®Plus required! If you’ve got a PlayStation®4 and an internet connection, you should be cleared for access!

Game Content: Get ready to play the 2v2 Mode Gameplay during the 2v2 Alpha. For an overview of this new four-player, two-versus-two game mode, check this article here.

Available Maps: Five different 2v2 Maps are scheduled for the 2v2 Alpha this weekend. These are King, Pine, and Stack (previously revealed), and Speedball and Docks (two new maps never publically seen before!).

Available Modes and More: Expect multiple Operators to be available, at least one game mode to play (with “Pickup” variant mode scheduled), and a number of other surprises as content is added throughout the weekend!