Demoralization. Destabilization. Crisis. Normalization. Behind the scenes, history is altered by shadow soldiers and covert operations. Well, at least it is in the Black Ops series.

In Call of Duty’s 2020 release, Call of Duty: Black Ops Cold War takes us back to a war fought in secret, with ever-present looming threats and the dangers of social subversion threatening to upend the established ways of society. With a brand-new campaign, multiplayer, Warzone, and Zombies all coming into play, Treyarch has a lot to deliver. Known for their stories that can be full of crazy twists and turns, puzzles, and mind-altering wizardry, Treyarch’s titles have a bit of a different tone and feel from other Call of Duty fare that can feel like summer action films. 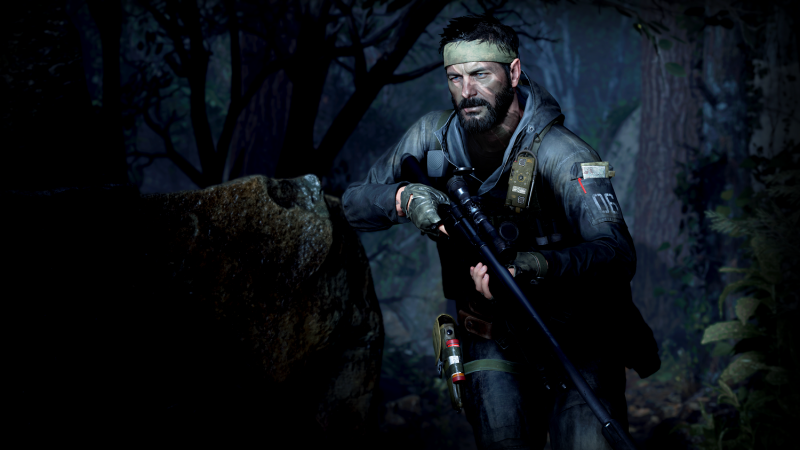 Through bizarre conspiracies, nuclear conflict, and mind-bending twists, the new Black Ops turns conspiracies into realities, and pushes the boundaries of accepted thought  – in fun and entertaining ways, of course. This is a Cold War slice of spy that you’ll experience with a full campaign. Beginning in 1981, you’re in hot pursuit of another real-life figure that was never identified or caught, the secret agent known as Perseus. In reality, both the identity and legitimacy of the Perseus figure is in question – but who knows how it will play out here. Paranoia is everywhere as the ’80s push the United States and The Soviet Union into a powder-keg faceoff that’s always one match away from a massive explosion that could topple the known world.

Activision is going big with the characters and story, which isn’t that unusual for this franchise. The story is in good hands, with David Goyer of The Dark Knight and Dark City fame coming in to lend a hand. Goyer also worked on the first two Black Ops titles, so he’s had plenty of experience with the tone of this franchise and the wild brain-busting train rides the games can take in comparison to more in-your-face-explosions-all-day Call of Duty entries. Since this is a sequel to the original Black Ops, some familiar faces are in play. 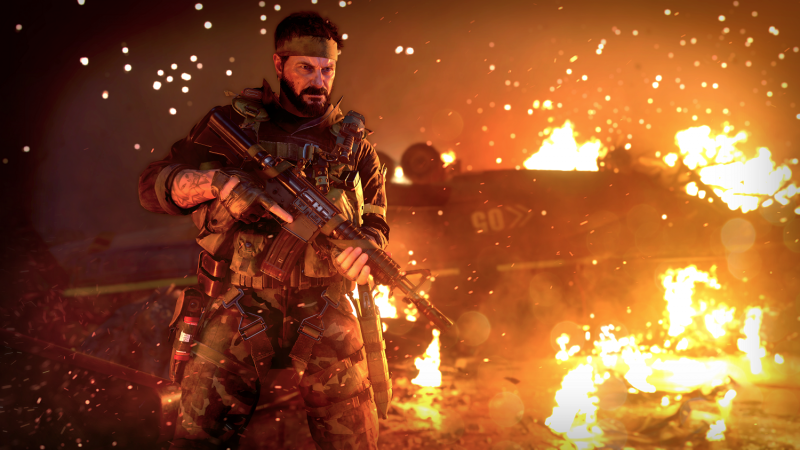 Players will recognize Jason Hudson, Alex Mason, and Frank Woods as part of the crack team assembled to get the job done. Obviously, we have no idea how their roles in this title will sync up with the continuity of the rest of the franchise, but it’s Black Ops, so we are going in with an open mind. Of course, there are new faces too. One of these big new characters is a bold badass with a mysterious past named Russell Adler. This gruff, no-nonsense, get-the-job done archetype is something we see a lot of, but I’m sure we’ll discover plenty of secrets about his past as we execute missions all over the world for the greater good. Prepare to explore Turkey, East Berlin, Moscow, and other locales in a variety of scenarios. 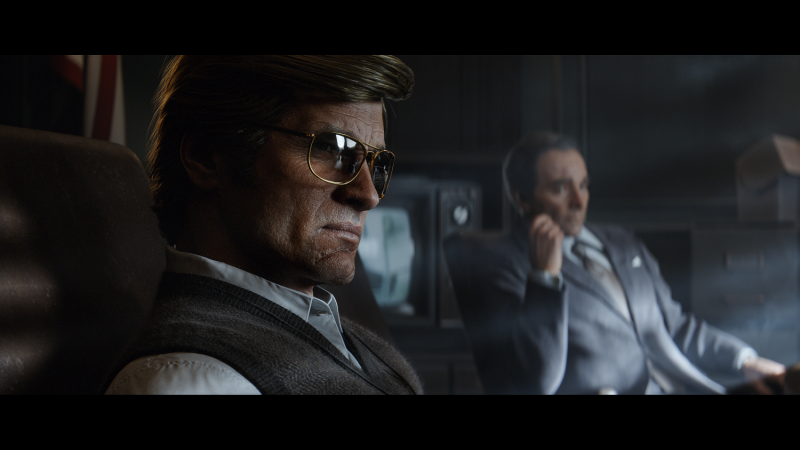 While you’re probably used to drawing a gun and plowing through a level of baddies in a Call of Duty title, some missions in Cold War require a gentler touch and different uniforms. Operative garb is something we see in every CoD game, but as hardcore spies trying to blend in with civilian crowds, you’ll see Adler and company in a wide variety of situation-appropriate wardrobe over the course of the game. You’ll still have all the heavy military gear you know and love, but also some ’70s and ’80s style leather a la Donnie Brasco, denim, windbreakers, and ski jackets. 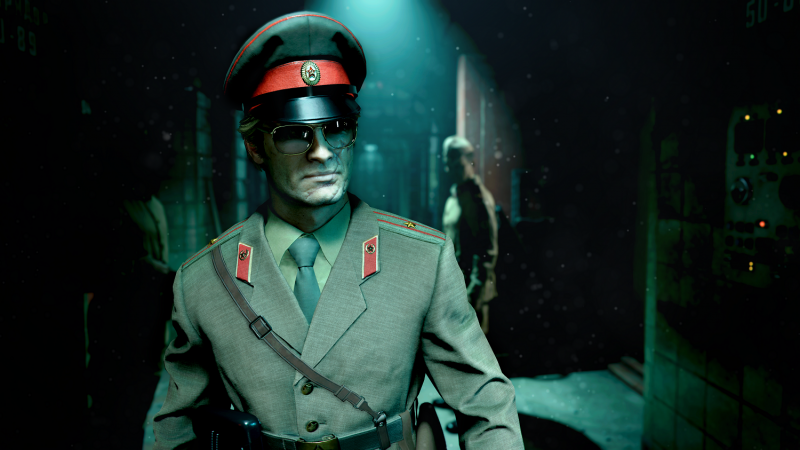 In an especially unusual twist, President Reagan is also in the game. It makes sense considering the time period and scenario, but it was a little curious to see The Gipper recreated for the game authorizing clandestine operations for our lovely band of covert cohorts. While we didn’t see him on screen, I think it’s a safe bet we’ll see Mikhail Gorbachev in here somewhere as well. 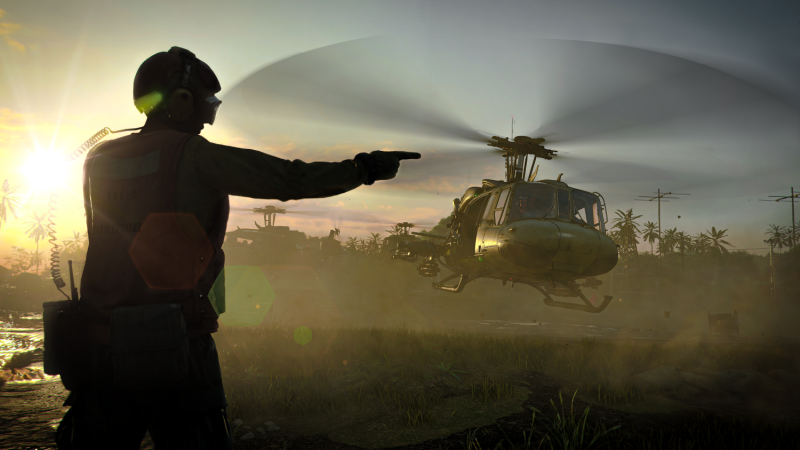 Interestingly enough, our plot also takes us to 1968 and Vietnam to unlock some of the deeper, darker enigmas of Adler’s past in the form of what appear to be dream sequences. From the short segment of footage we saw of Vietnam, the game includes many different secrets to probe and explore with bizarre interludes in the terrifying action, including doors popping into the field from nowhere, walls and floors falling away, and the very stage looping back upon itself and playing out in different ways.

Ready to get to work? You create your own character for the campaign in what is just the beginning of massive player choice seeping into the Call of Duty franchise. You can pick skin tone, gender, military background, birthplace and more. You can also fill out a psychological profile for additional flavor. You will have opportunities in terms of mission selection and even chances to do side missions, but the options don’t stop there. In fact, Call of Duty: Black Ops Cold War has multiple campaign endings depending on your choices.

There are even a number of missions that have a multitude of choices within them as to how you complete them, including a double agent mission that has you deep in the heart of the iconic Lubyanka Building in Moscow, where you can utilize all kinds of tools, including brute force, blackmail, poison, and stealth to get in and get out successfully. While this mission immediately conjured up notions of the Call of Duty: WWII Liberation experience, it appeared to contain a good deal more in terms of variety. These choices are at the core of what Cold War is trying to accomplish, and that focus on choices extends across numerous facets of gameplay and narrative. In the Adler Vietnam memory sequences, you’ll have the option to use all kinds of different weapons and techniques to maneuver through various areas, and your paths may end up with decidedly different results. The Vietnam missions allow for non-linear gameplay and solutions, which is somewhat unusual for a Call of Duty title. 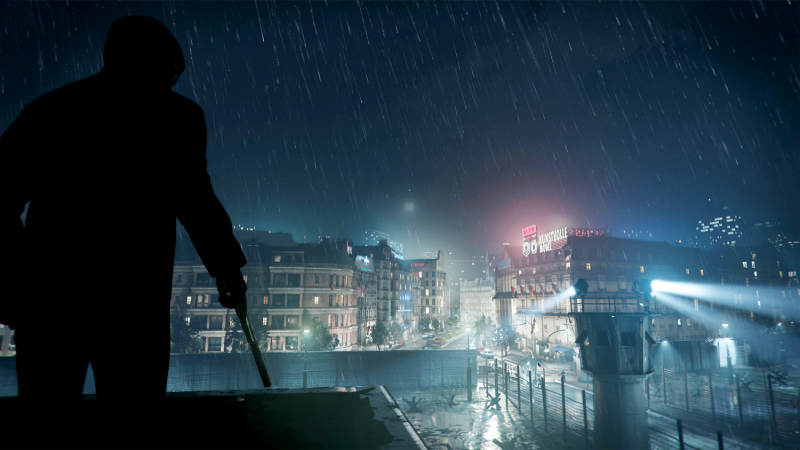 In a hands-off demo, we get treated to a small snippet of gameplay from around the halfway point of the game that shows our team investigating a top-secret Soviet facility. Coming up to the exterior of a massive structure, the player character uses a high-tech camera to zoom in and analyze the area, as well as snap a photograph. The team heads in, with standard practices for covering each other and breaching doors – all fairly standard Call of Duty flavor. Then, we’re in, with one of the members of our breach team executing a stealth takedown of what we think is a person in a neon-lit ’80s style arcade.

Turns out, it’s just a mannequin. Looking out the window, it’s clear that Soviet forces have replicated an entire American town in the middle of this giant space. For what purpose, you might ask? We find out immediately, as a Soviet incursion training team is dumped into the picturesque small-town USA model and begins fanning out. They’re looking to train for real incursions on real American soil, in the mom-and-pop bakeries, gazebos, and the rest of the Norman Rockwell facsimile.

“They want a live fire drill? Let’s hook these f****** up.” says someone on the team before the stealthy, secretive assignment turns into a fast-paced firefight as our crew attempts to blast their way out. Of course, the blazing battle occurs while Pat Benatar’s “Hit Me With Your Best Shot” blares on the arcade speakers, giving the entire battle a neon ’80s surreal sheen on top of the dire espionage. It’s pretty great. 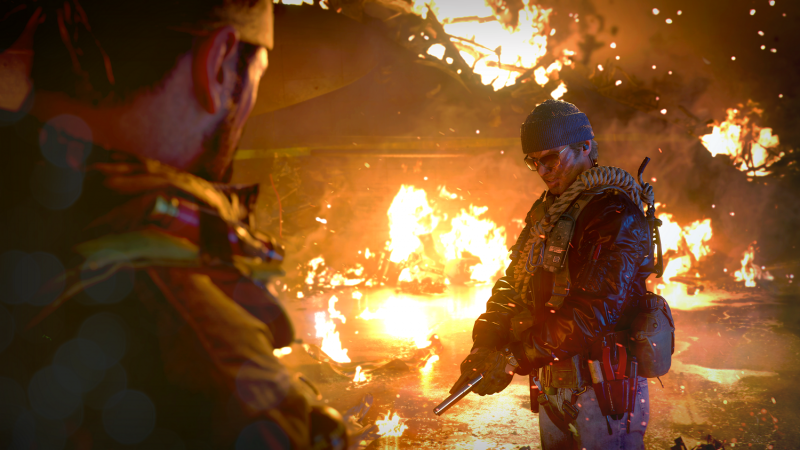 According to Treyarch’s David Vonderhaar, this will be a cross-generation, cross-platform multiplayer experience. While we don’t know much about what multiplayer has to offer at this time, Warzone will continue from where it is today, infused by Call of Duty: Cold War. Players will carry over their progression and items from current Warzone to this new chapter of the battle royale. How this will happen with all the various pieces in play from Infinity Ward to Treyarch is unknown at the time of this writing, but it looks like Warzone players can rest easy that there won’t be another CoD battle royale coming down to compete with it this year.

In addition, if you love the deep mysteries and undead slaughter action that Treyarch is known for with the Zombies modes, they’re returning with this entry as well. Even as we wait for more details, we expect Treyarch to embrace their grisly baby and provide all the shooting, puzzles, and meta-discovery that have defined the mode for years.

You’re not imagining things in the frozen forest. The new Call of Duty will make its annual release, COVID-19 be damned, on November 13. As the latest Modern Warfare went back to embrace its roots, it looks like Black Ops is doing the same, with a punchy mix of truth, lies, conspiracy and covert operations. Will we find Perseus, and if we do, will he turn out to be one of our own men? Is it you? Is it me? Forget double agents, how many triple agents are we going to see in this game?  What do the numbers mean? One thing is for certain: Everything we’ve seen so far points to a weird and wonderful installment for one of our favorite shooter franchises.