Have you ever wanted to wear Sora’s shoes in public, but never could justify how clown-like they looked? Well, SuperGroupies has adapted this Kingdom Hearts design and made them stylish.

But Sora isn’t the only character they designed boots for. The manufacturer also has boots for Kairi, Riku, Roxas, and Axel (Lea). The sizes vary between 22.5cm to 29.5cm. Each are lavished with details, but comes at a cost. They will take away ¥16,800 (or approximately $2,604) of your hard-earned money, plus tax. Ouch! Axel’s is slightly more expensive.

Sora’s boots are adorned in red and black, just like the game with a strip of plaid on the back of the shins. Yellow stitching pops on the bottom of the rim. There’s also Sora’s signature crown in yellow with a glass panel-like design encircling it. Even the soles are detailed with an artistic representation of Sora’s iconic Kingdom Key weapon and various Kingdom Hearts symbols hovering around. 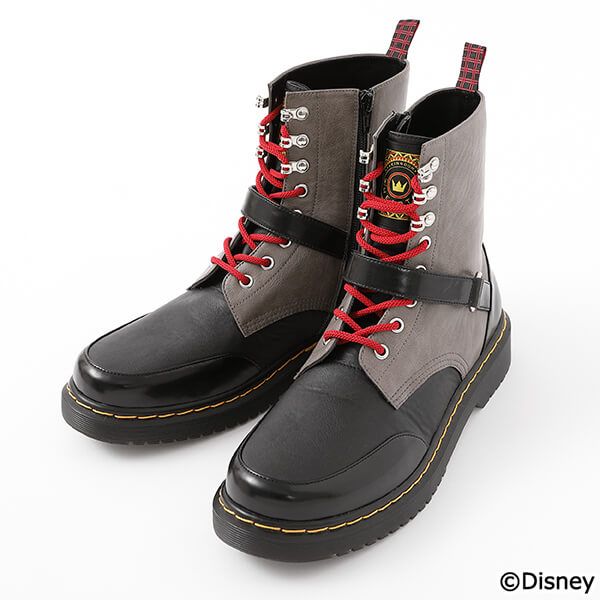 Roxas’ boots are grey, red, and black with a white foundation and laces. His Organization XIII logo is emblazoned on the tongue and the tag in the back is the same design as Roxas’ armband in the game. The sole features the nobody logo, and his two keyblades Oathkeeper and Oblivion. While you’re walking down the street with these on, you can listen to a curated playlist we made based on the character. 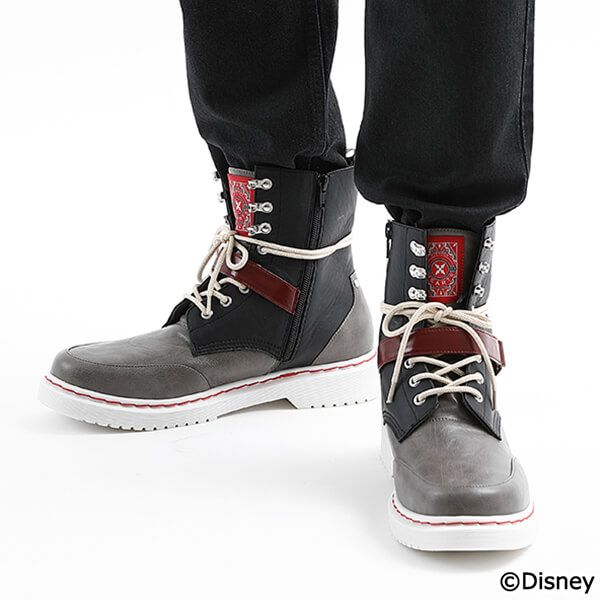 Riku’s boots are fittingly all black with grey laces. The tongue features the heartless logo with the same panel glass-like design around it. The tag at the back resembles his black and white plaid look in Kingdom Hearts 3. The sole has artwork with his Way To The Dawn keyblade and the heartless logo. It would have made more sense to include Braveheart as that was his weapon for the majority of the game like his Nendoroid, but we’ll let that slide. 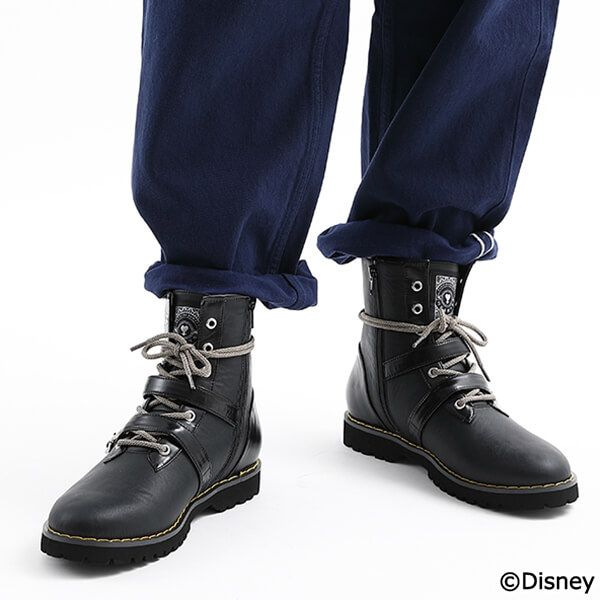 Kairi’s boots come with heels. Like the game, they feature contrasting black and pink. Instead of the tongue and the tag, the inside of the boot has a design that looks familiar to Kairi’s skirt in Kingdom Hearts 3. The sole has her necklace and her keyblade, Destiny’s Embrace. The character didn’t get much chance to shine in KH3 as some hoped, but recently a modder made it possible to fight Master Xehanort with Kairi. 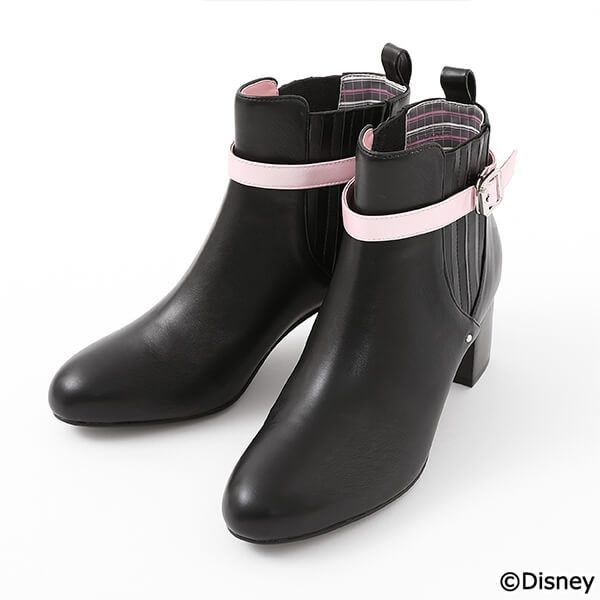 Lastly is Axel’s boot design. This boot is inspired by the Organization cloak with a zip on the front instead of laces. There’s also a chain wrapping around, a red rim on the top, and his symbol is on the tongue. The sole has both his keyblade and his weapon from the series’ past. 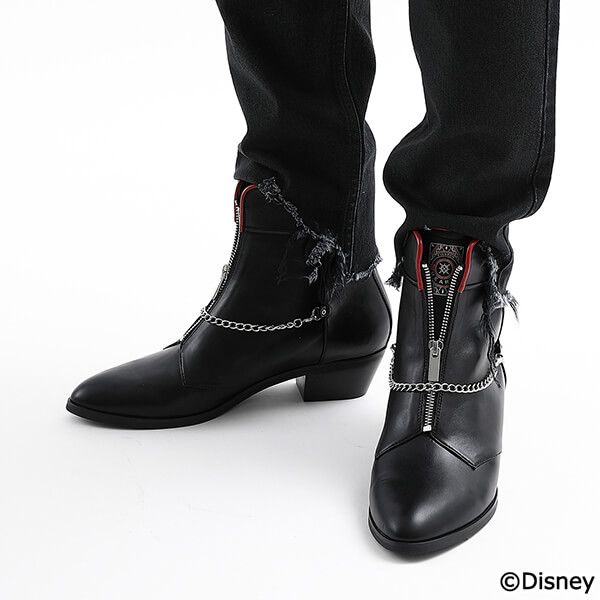 These boots were made for walkin’ and that’s just what they’ll do… for a price. 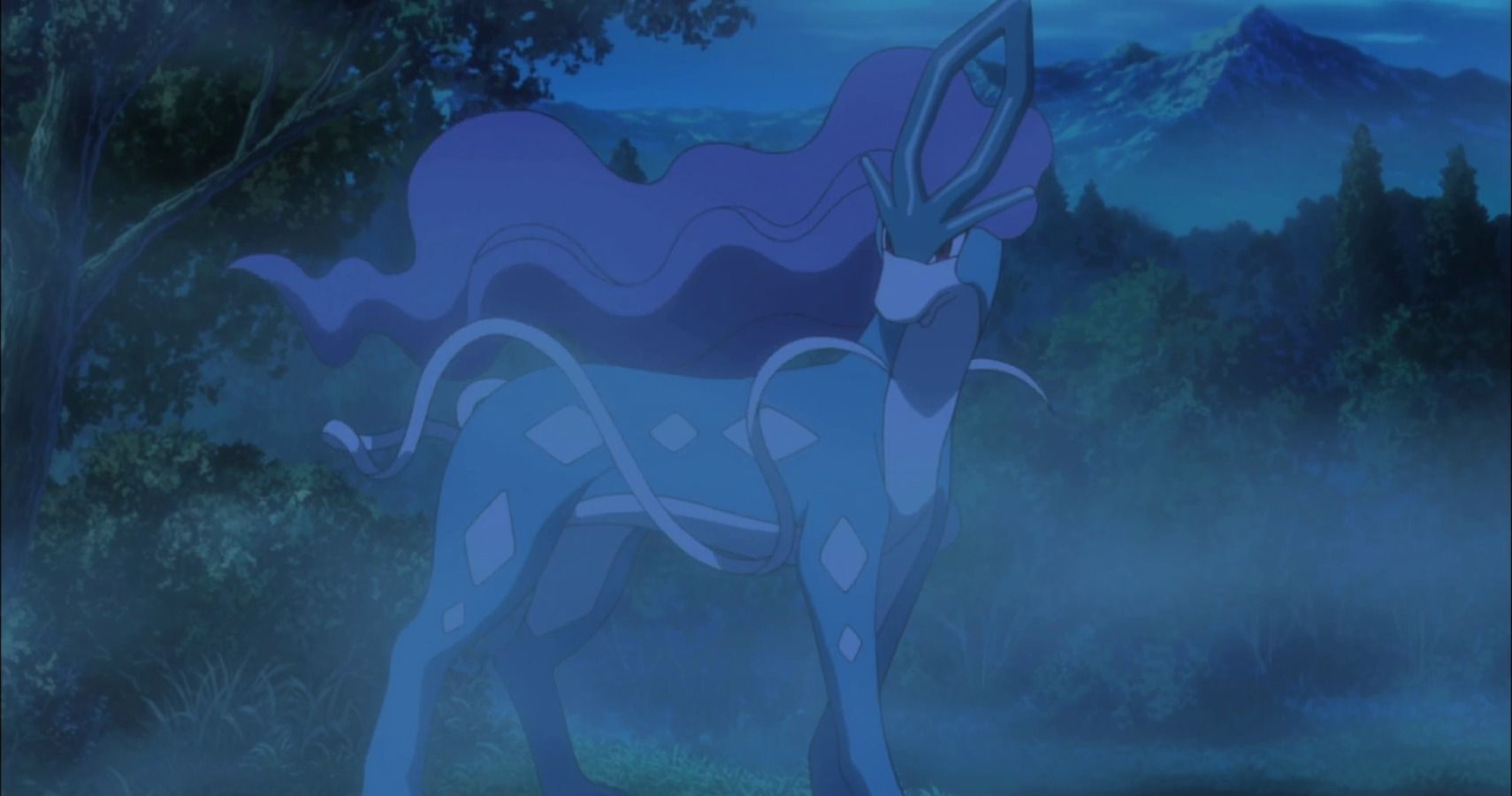