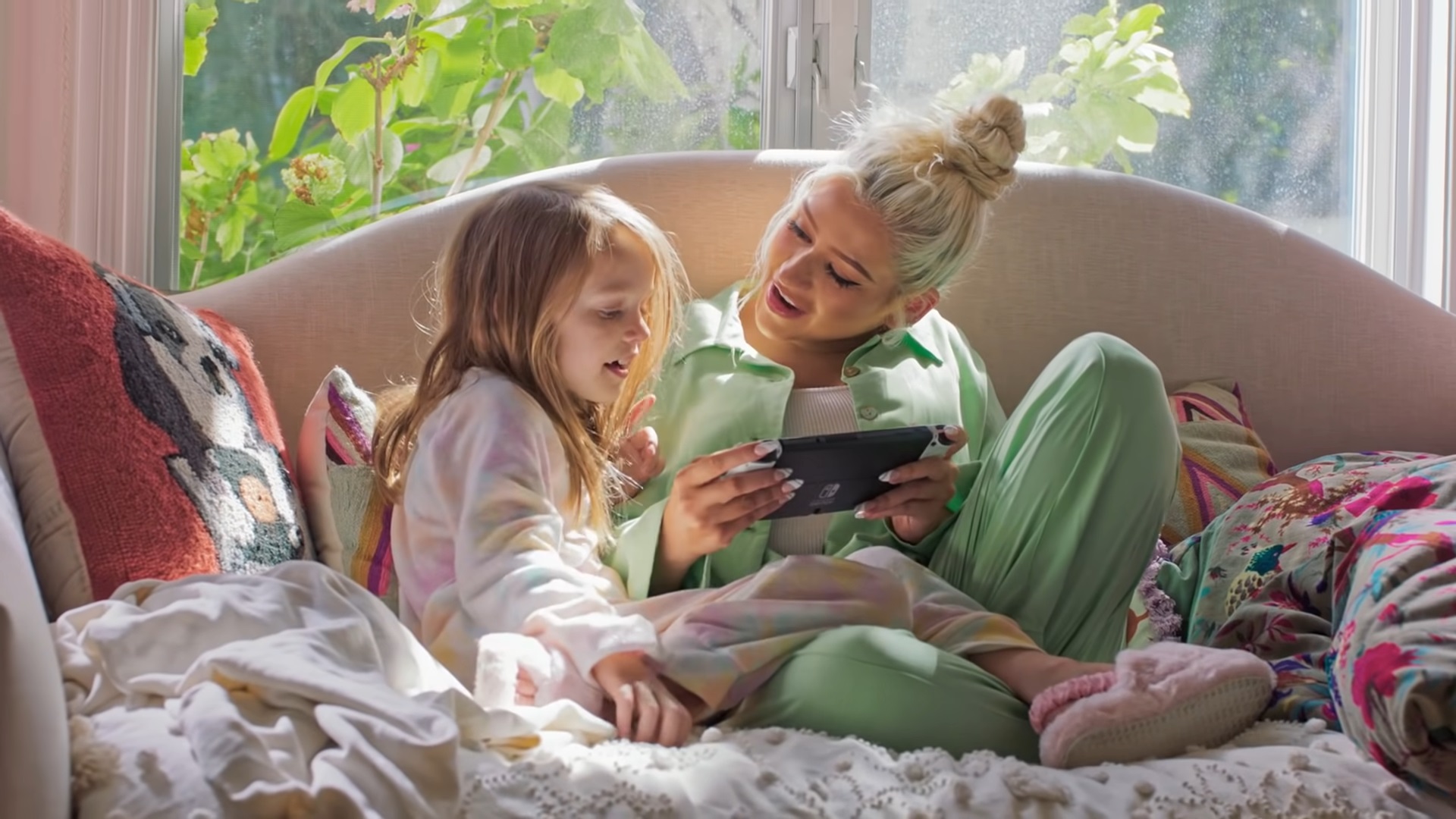 Pokémon fans are jealous that Christina Aguilera and her daughter got to play Pokémon Legends: Arceus before anyone else.

While fans may only have to wait a few more weeks for Pokémon Legends: Arceus, they can’t help but feel a twinge of jealousy seeing Christina Aguilera and her daughter getting to play it before everyone else.

Aguilera and her family star in a new ad for the Nintendo Switch OLED, which sees them play a few games together: Mario Kart 8 Deluxe, Among Us, and, of course, Pokémon Legends.

It’s only for a brief moment, but you get to see new footage of the player character riding on Wyrdeer and catching a Pikachu without needing to battle it, two mechanics that have been demonstrated in previous trailers.

Aguilera is a self-professed Nintendo fan and, in an interview with ELLE, briefly shared her experience playing Pokémon Legends.

‘It’s so gorgeous, the graphics and the setting that you get to explore in, so [my daughter] was loving that so much, she wouldn’t give me a turn. But that was on set and yeah, it’s just such a great way for your family to connect.’

This is the second Nintendo ad Aguilera has appeared in as part of her new partnership with the company. The first one aired back in November and featured Super Mario 3D World, Animal Crossing: New Horizons, and Big Brain Academy: Brain Vs. Brain.

A new Japanese trailer for Pokémon Legends also went up recently. It’s six minutes long and features plenty of new gameplay, but it doesn’t seem to share anything fans didn’t already know about and serves as a general overview for the game. Expect an English version sometime soon.

In addition, Nintendo announced a cross-promotion with Tetris 99 that will run in the week up to Pokémon Legends’ release, specifically from January 21 to January 25.

Taking part and meeting certain conditions will unlock a special Pokémon Legends theme for the Tetris 99, which has its own music, background art, and Tetrimino designs.