A flotilla of refugees has arrived on the Eye, but it’s stuck in limbo. Held outside the station’s ports in effective quarantine, the people on board are struggling. They need a home, but more pressingly they need food and water. When you bump into Eshe and Peake, two mysterious renegades dead set on helping the refugees, you’re pulled into their hectic and high-stakes plan. But who are they, and are you going about helping the refugees in the right way?

Citizen Sleeper is a game that makes you think about your place in the world, but aside from parallels to modern-day bionic implants that stop working when companies go bankrupt, the commentary tends to be quite subtle. That’s not the case with the refugee story that Flux tells, but developer Gareth Damian Martin handles the tricky subject with ease.

You don’t get to speak to, or even see, any refugees in Flux, but as the first part of a three-chapter story (all of which are free, by the way) I hope that changes. For the moment though, Eshe and Peake are interesting and motivated characters who slot perfectly into the environment of Erlin’s Eye, as if they’ve always been there alongside the likes of Feng, Sabine, and NeoVend. They’re as mysterious as they are rebellious, and will find any way to help those in need, but other forces that I won’t spoil are also in play. 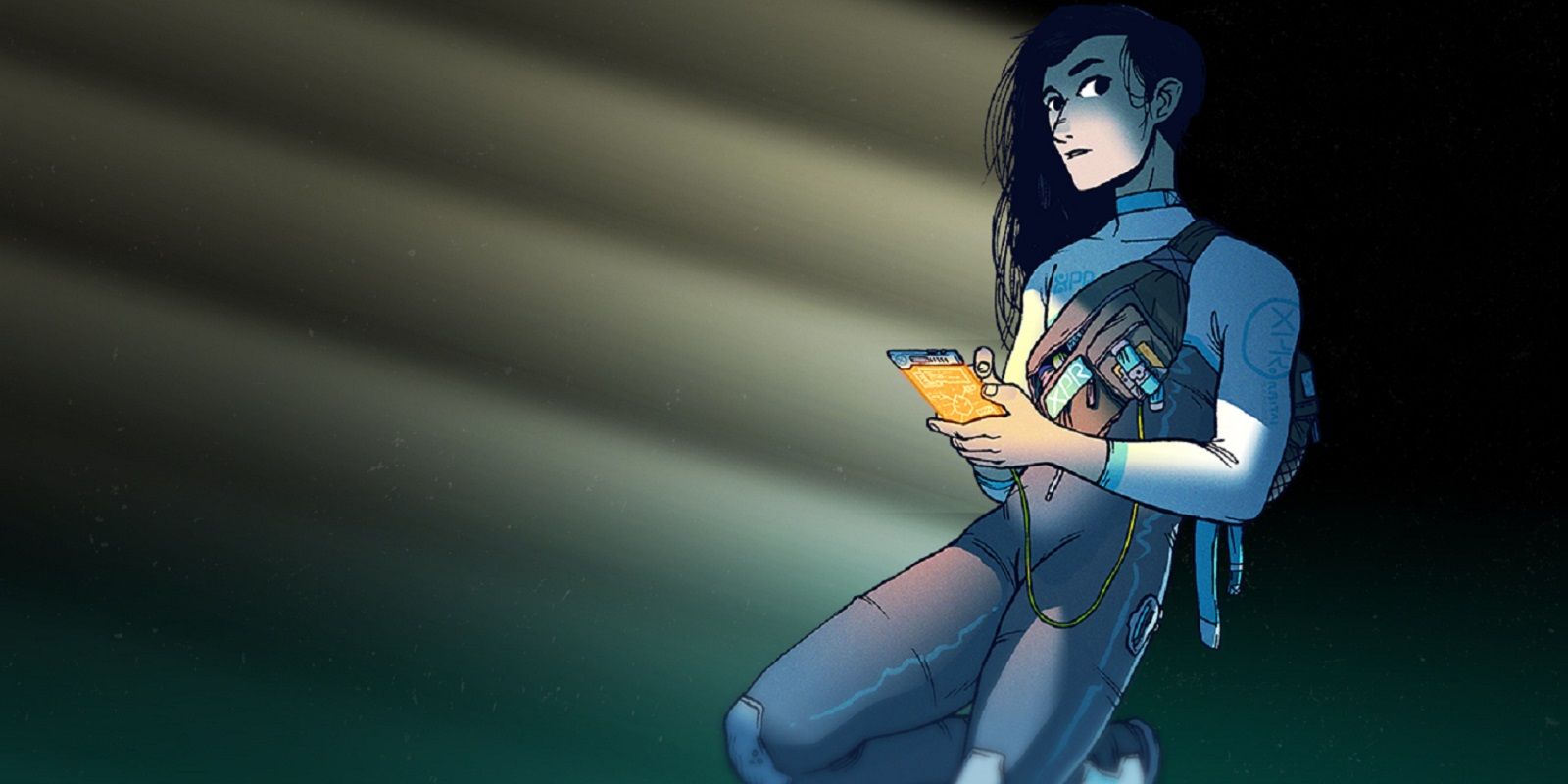 Flux is a tight mission, intended to be played when you’re already late into the game. There’s a 12-turn timer on the main quest, and despite the fact I’ve completed the game and therefore had a hefty stockpile of resources, I only made it with two turns to spare. In that sense, it feels perfectly balanced; it was a tense affair with the anxious build-up worthy of a Mission Impossible film. The fact that this was realised through text and dice is a testament to the game’s strong mechanical base and Martin’s writing. However, it’s worth noting that this could be extremely difficult if you attempt it too early.

Despite the kindly nature of your mission – you’re helping stranded refugees, this is a humanitarian affair unlike any other in Citizen Sleeper – it’s hardly wholesome. Whether you’re bribing guards or stealing algae, you’re certainly not obeying the laws of the Eye in your quest to help, but Robin Hood stole from the rich to help the poor, so do the ends justify the means here too? 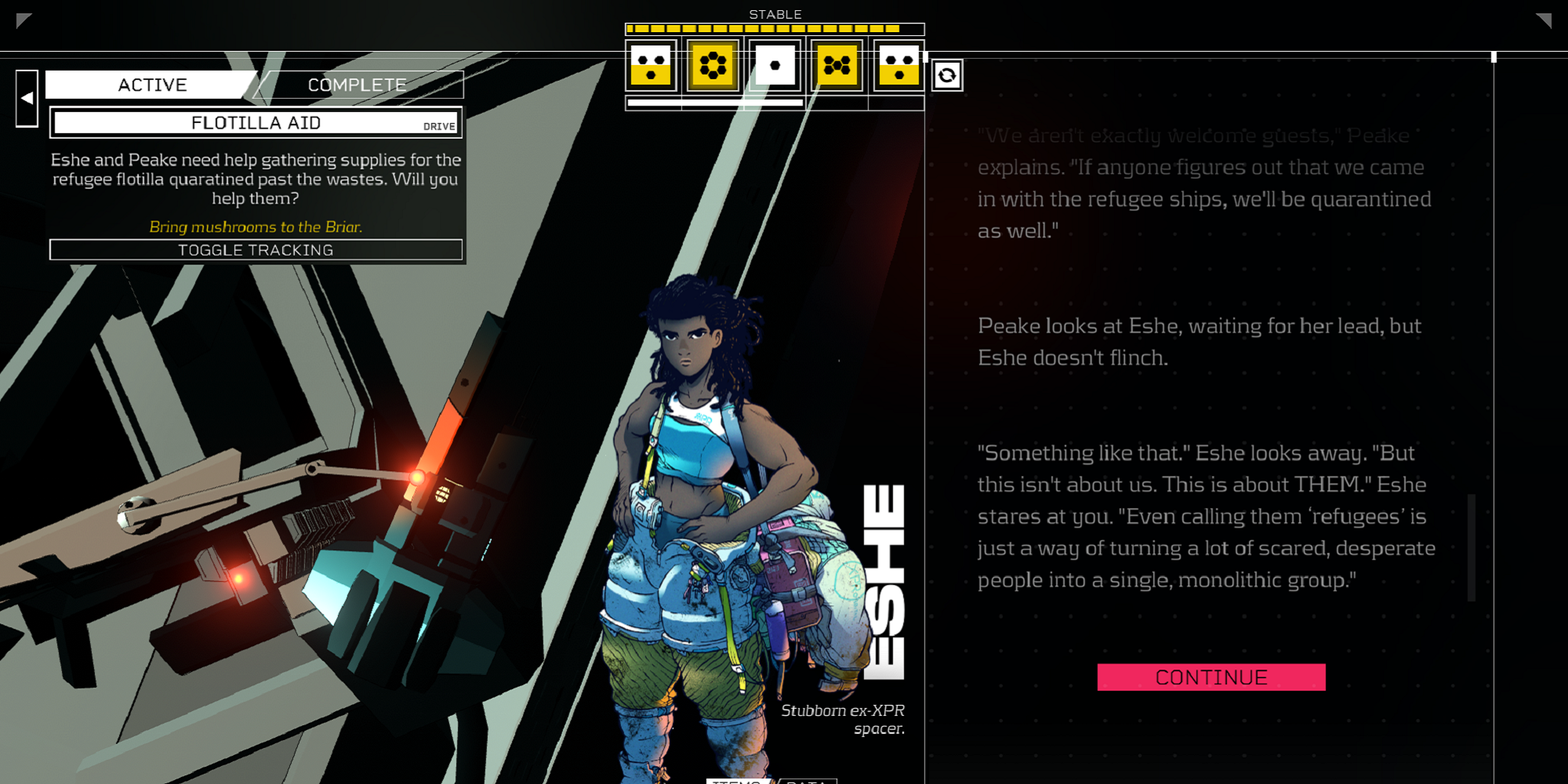 This seems like an easy question to answer, but Eshe’s reluctance to divulge her background and other factors add a layer of suspicion to the affair, and a sense of oncoming dread infiltrates the episode, growing slowly at first before becoming a cacophony that you can’t ignore. What are the refugees fleeing from? Why are they coming to the Eye? Why are you risking your life to help them?

Episode: Flux is more of the same from Citizen Sleeper, and that couldn’t be higher parise. Martin knows what players want, and that’s more stories set on the Eye, and he’s been kind enough to grace us with just that. For free, no less. Episode 2 is out in October, and that can’t come quickly enough.