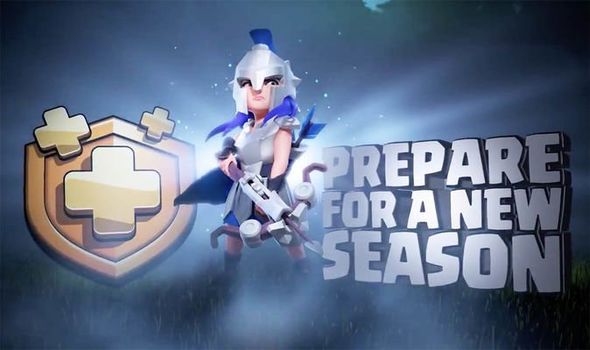 Clash of Clans fans can now test their might against the brand new May season challenges which are available in the hit iOS and Android smartphone game.

The first season of Clash of Clans challenges has wrapped up recently, but developers Supercell were quick to release the second round of tasks.

The May season of Clash of Clans challenges are out now and refreshes the reward tracks for the silver and gold tiers in the game.

Clash of Clans players now have more rewards on offer if they complete daily and weekly challenges in the hugely popular iOS and Android game.

As revealed in a post by AppTrigger, the May final tier reward in Clash of Clans is the Gladiator Queen hero skin.

The Gladiator Queen hero skin is only available for Clash of Clans players that purchase the Gold Pass.

And even then then have to complete enough challenges to get to 2,600 challenge points and reach the final tier.

They tweeted: “Prepare for a new Season of Challenges! And unlock the Gladiator Queen skin when you complete the rewards road with the Gold Pass.

“May Season Challenges are now live!”

Clash of Clans season challenges were introduced in the big spring update which was released in April.

Supercell in an FAQ post online outlined all Clash of Clans fans need to know about the new Gold Pass.

Explaining the differences between the free and paid pass, Supercell said: “Your gameplay will remain completely unchanged. You will still get the Silver tier rewards for free simply by doing your normal day-to-day play.

“But if you want to complete all of the tiers and get the full rewards, including the Hero Skins, you will need to upgrade to the Gold Pass.”