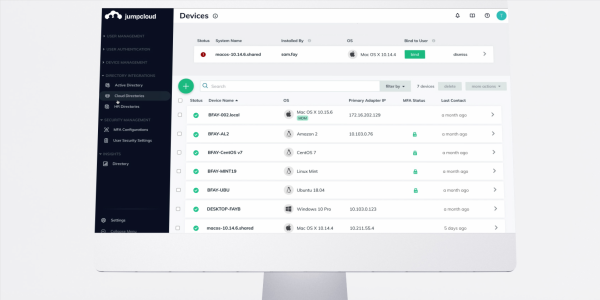 JumpCloud, a cloud-based directory service used by enterprises such as Splunk, Square, and Matterport, has raised $159 million in a series F round of funding at a $2.56 billion valuation.

In the IT sphere, a directory service constitutes a core component of a network operating system, and is chiefly concerned with mapping, storing, locating, retrieving, and managing items across a network, including devices, user identities, accounts, files and folders, and more. It constitutes part of the broader identity and access management (IAM) sphere, a market pegged as a nearly $12 billion industry in 2019 and projected to more than double within six years.

The directory service, specifically, serves as a central conduit that enables companies to connect its workforce with all the IT resources needed for their jobs. The market is largely dominated by Microsoft’s Active Directory given that most endpoints historically were Windows-based PCs, and this remains the case in terms of on-premise installations.

However, several industry and societal trends have created a need for a more flexible directory service, such as the transition to web apps, cloud infrastructure, alternative operating systems in the workplace (e.g. Linux and MacOS), and a more distributed workforce which may require employees to access company systems from any number of locations and device-software configurations. JumpCloud is as much about supporting personal technological preferences as it is about managing access and identities.

“JumpCloud is an open platform that leverages industry standards,” JumpCloud chief product officer Jagadeesh Kunda told VentureBeat. “This matters because as workers demand to use whatever technology they want to be productive, IT has had a choice to say ‘no’ and become a blocker, or buy a bunch of different tools to support secure access for the different technologies. JumpCloud provides a better option — a central directory that securely unifies identity and device management.”

Depending on a person’s role or industry, fully-remote or hybrid work arrangements will likely be the norm for millions more in a post-Covid world, and this is a world that JumpCloud is particularly well-positioned to capitalize on.

“The pandemic made remote work the norm for companies of all sizes — they all scrambled to keep their staff productive over time wherever they had to work,” Kunda added. “This approach is not going away. That will mean that more companies will have to manage how their staff access their assets remotely — identity is the key element for this, as it is the only point of consistency, and small businesses will need help here as much as large enterprises with thousands of employees.”

With cloud infrastructure spending going through the roof, a trend accelerated somewhat by the global pandemic, JumpCloud is in a favorable position as a cloud-native solution that sits at the intersection between devices, user identities, and systems access. For enterprises, this means no more having to manage hardware, patching, or upgrades, and admins can easily manage Windows, Mac, and Linux devices all from a single platform. 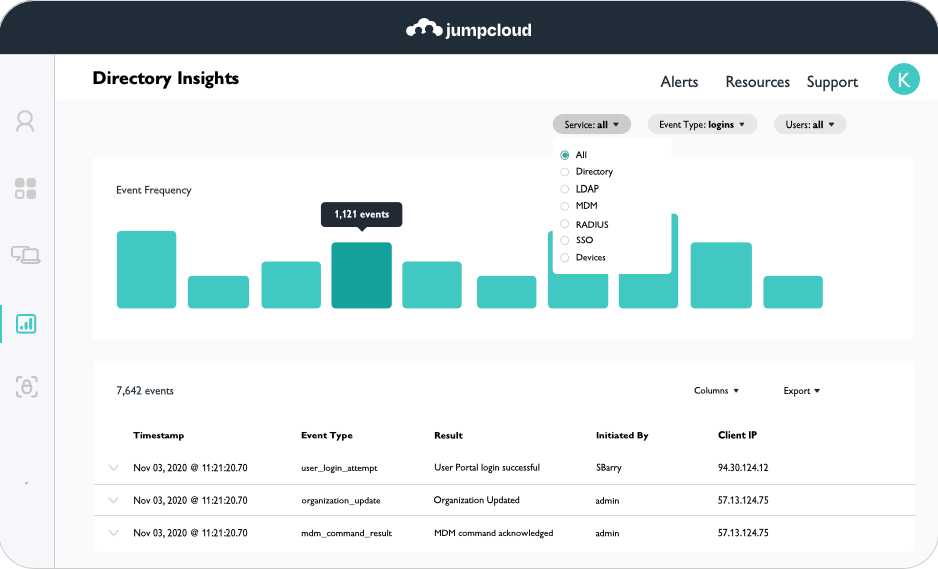 It is worth stressing, though, that JumpCloud is an entirely cloud-focused product — there is no scope for on-premises deployment. This might be a major drawback for some enterprises, but JumpCloud argues that the cloud helps businesses steer clear of “weak onboarding and offboarding procedures,” and avoid many of the potential security risks associated with so-called “shadow IT” scenarios where workers end up storing sensitive data in places that don’t have rigorous security in place.

“The perception is that physical hardware on-prem gives a sense of control,” Kunda said. “Though potentially more customizable, this approach often leads to critical errors through improper management and maintenance of identity and access management infrastructure. Regardless of established routine, cloud-based IAM is more secure, flexible, and often more cost-effective for organizations of any size.”

JumpCloud’s raise also comes amid a boom in activity in the IAM space, with Okta recently completing its $6.5 billion Auth0 acquisition and a slew of newer companies attracting venture capital investment. JumpCloud itself announced a $100 million series E round back in January, and with today’s announcement the Louisville, Colorado-based company has raised a total of $350 million since its inception in 2012. Its series F backers include new and old investors, such as Sapphire Ventures, BlackRock, General Atlantic, Owl Rock, H.I.G. Growth Partners, Whale Rock Capital, Sands Capital, and Endeavor Catalyst.