Cris Tales doesn’t release until July, but the demo is now available to play on most of the platforms that it will be releasing on, which includes Stadia, PC, Nintendo Switch, PS4, PS5, Xbox One, and Xbox Series X/S. As someone who isn’t particularly drawn to turn-based RPGs, there was something about the art design that piqued my interest in the upcoming title from indie developers Dreams Uncorporated and SYCK, and publisher Modus Games – the latter of which I was familiar with having recently played two other games in its portfolio, including Override 2: Super Mech League and Trine 4: The Nightmare Prince. The demo for Cris Tales puts its inspirations on display – including Chrono Trigger, Bravely Default, and Persona 5 – blending classic JRPG gameplay with modern-day features. It doesn’t necessarily feel like a must-play title yet, but there are definitely some things to love about the upcoming RPG.

You take on the role of an orphan named Crisbell, and are immediately made aware of her free-spirited personality. After coming into contact with Matias, a sentient top hat-wearing amphibian a la Merrie Melodies’ Michigan J. Frog, she learns that she is a Time Mage and has the ability to jump between the past, present, and future. In an effort to save her town from the goblin threat, she leaves the orphanage with her newfound skills and sword and sets off on a grand adventure. 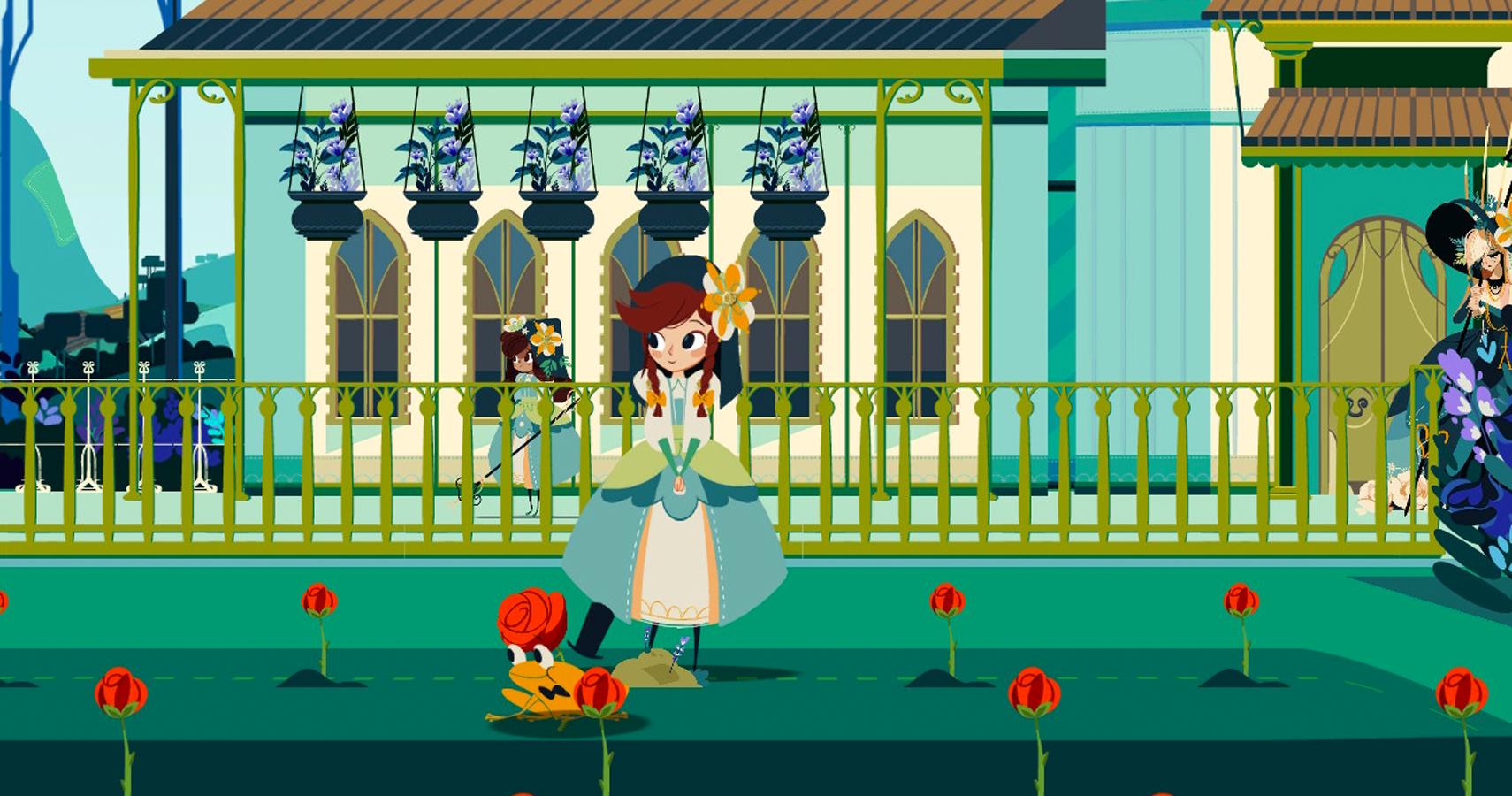 The demo kicks off with the ending combat sequence, showcasing the game’s turn-based combat mechanics for both Crisbell, as well as Cristopher – another soldier who joins in to help Crisbell. The two fight off a couple of goblins before coming face-to-face with a big baddie with a shield that’s impenetrable to normal attacks. It’s then Crisbell is directed to use her time crystals, which effectively begins the game’s prologue via flashback sequence, telling the story of Crisbell and how she came to acquire her crystals.

Combat is pretty much exactly as you’d expect it to be. You can choose from a variety of regular attacks and special healing and buff/debuff abilities. With normal weapon attacks, you can get in an additional hit if you time the button press properly when your first attack hits. This extends to blocking oncoming attacks as well – a combat mechanic that’s similar to what’s in Atelier Ryza 2: Lost Legends & the Secret Fairy. The introductory fight is a good entry point into what to expect, but combat gets more interesting later on.

The story portion of the demo is meant to introduce the characters and world of Cris Tales. It’s very linear in its design, with fetch quests that tell you exactly where to go and what to do. I didn’t find it to be terribly engaging, but I’m hopeful that the full game will bring in a lot more nuances.

What I did find engaging, however, was the game’s incredibly charming art design. I may be dating myself here (even more than when I referenced Merry Melodies), but the semi-open world style is like the mid-century modern art that was popular in the 1960s, such as the intro animations for shows like I Dream of Jeannie and Bewitched. To be honest, it’s a bewitching experience exploring the beautiful Narim Town and its surrounding areas. This becomes even more true once Crisbell gains her Time Mage powers.

When Crisbell gets her powers, the screen gets split into three different sections: the past, the present, and the future. The present is shown in the middle of a triangle, with the past and future on either side. Matias can help Crisbell by hopping further into the past or future than she can see, which allows him to uncover some of the puzzles that are encountered along the way. This time-jumping mechanic extends to combat, where Crisbell can use her aforementioned crystals to fight future versions of enemies, which may be necessary. For instance, in the introductory fight, if Cristopher uses his water ability to soak the big baddie’s shield, Crisbell can use her crystal to show the future version of the enemy who now has a rusty shield that actually takes damage when attacked. It makes battles a lot more engaging while requiring a bit more strategy.

I found combat to be the most enjoyable part of the demo, which made the Colosseum mode all the more interesting. Colosseum is where you can test your combat prowess against increasingly more difficult enemies over the course of ten levels. You’ll have three team members, including Crisbell, Christopher, and Willhelm. Your health status carries over between levels, providing an additional layer of difficulty. Colosseum is also worth checking out in the demo, as you’ll be able to see different types of enemies that aren’t included in the story mode. It’s definitely not a walk in the park, though, even for a demo. I have yet to actually beat the mode. 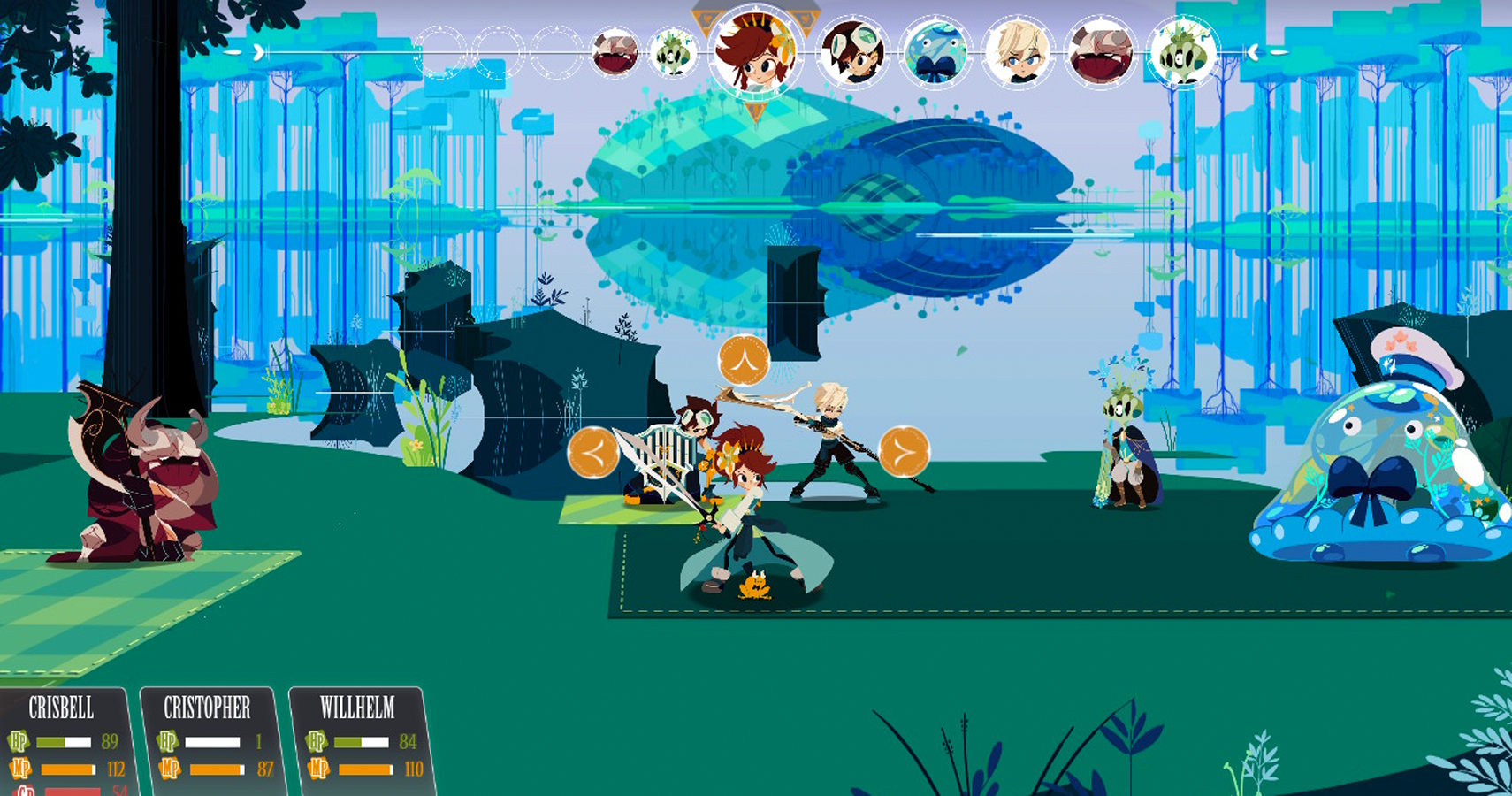 One final observation is that there is a lot of loading in Cris Tales, at least on the Nintendo Switch version. Load times took a bit longer than I would have liked, but I have to imagine this is a Switch thing more than a Cris Tales thing.

Cris Tales appears to show a lot of promise for those who enjoy traditional RPGs with a modern twist. Even though I don’t always enjoy turn-based combat in RPGs, I like what Cris offers up. The narrative and dialogue were a bit forgettable in the demo, so I’m hopeful that those elements are a bit more fleshed out in the full game.

Cris Tales will be released on July 20 for PC, Nintendo Switch, PS4, PS5, Xbox One, and Xbox Series X/S. The game will also be making its way to Stadia at a later date.