We're mere hours away from the release of Need for Speed Unbound and the (hopefully) triumphant return of Criterion Games. The Guildford-based studio has been helping out Battlefield, Star Wars Battlefront II, and making its own VR game for the PSVR in recent years, but the studio that gave us Burnout Paradise and Need for Speed: Most Wanted is finally back to bring us a new underground racing game.

As much as we love to see this spiritual sequel to Need for Speed Underground, there are tons of players that really want Criterion to return to the more action-packed world of Burnout. And while Criterion would love to make a new Burnout game, it doesn’t sound like that’s in the cards.

In an interview with Eurogamer, NFS Unbound creative director Kieran Crimmins was asked point blank if a return to Burnout could come in the future. 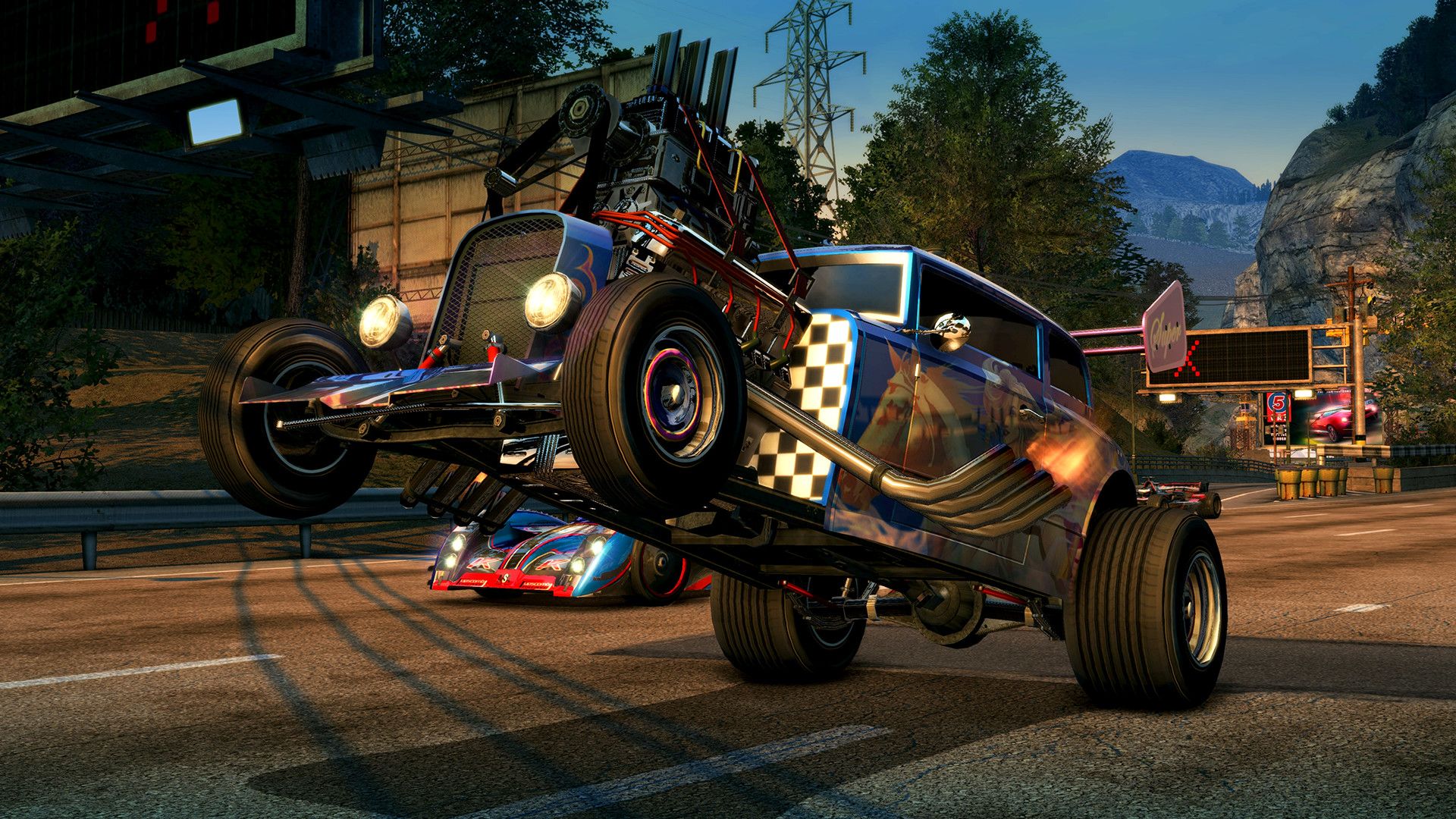 "I hope so. It's not something we're looking at doing now," replied Crimmins. "But if you're talking about the two games that the studio has the most passion for, they're obviously Need for Speed and Burnout. We love those two franchises, and Burnout has a unique take on racing that I think would be absolutely phenomenal now. So I guess what I'm saying is, I would love to do that. And I hope that if everything goes well with these games, and we can expand the team, then maybe we can make one of those as well. It's not in the immediate future plans or anything like that but man, it'd be really fun."

For those too young to remember, Burnout got its start in 2001 as an even more arcade-style racer than EA's Need for Speed series. Where Need for Speed was all about going fast and outracing cops, Burnout was more about crashing at high speed. Some race modes for Burnout had little to do with actual times and everything to do with how many cars you can total between the start line and the finish line.

Burnout Paradise is perhaps the best-remembered of the Burnout series as it brought a modern open-world to the franchise. It was also remastered in 2018 for the PS4, Xbox One, and PC, as well as the Nintendo Switch in 2020, although many say the remaster was marred by technical issues.

Need for Speed Unbound arrives November 29 on current-gen consoles and PC. If you can't wait that long, there's some leaked gameplay footage you can check out here.