Ellis tweeted the Critical Role land concept art on September 20, along with an explanation of each image and how it fits into the theme park. They stated the concept art was just a personal project they had been “fiddling away at for a bit,” which is pretty much on par for the bulk of all the wonderful works you can see in the #criticalroleart and #criticalrolefanart hashtags.

Critical Role Land jokingly came about when the CR cast and crew separated from Geek & Sundry in 2018 to become its own studio and production company. Ever since the State of the Role #1 video where Mercer introduces the concept of a Critical Role Land, Critters have been clamoring for it to become a reality. Ellis’ concept art has only fueled that outcry, with calls for another record-breaking Kickstarter campaign like the one that financed the upcoming Critical Role animated series.

Ellis said they based the Tales of Tal’dorei concept art on Critical Role Campaign 1, a few years after Vox Machina saved Tal’dorei from the ascension of archlich Vecna to godhood. The concept art presents four locations that had important roles in Vox Machina’s journey (Emon, Whitestone, Marquet, and Vasselheim), with each location in the park having its own unique “attractions based on different characters and stories.”

Starting with Critical Role Land’s main gate, which leads into the Emon section of the park, the art shows the Critical Role emblem set on a plaque over a pool of water in front of a huge section of castle wall topped with towers. A few open portcullises allow entrance into the “City of Fellowship”. With this piece, Ellis includes multiple concepts of how the entrance could also look from both bird’s eye and first-person views. There’s even three art renditions of what the theme park’s main logo could look like, each one just as good and believable as the other.

Ellis’ other pieces include a Scanlan-inspired Bigby’s Hand ride, colored purple of course, and a shooting gallery attraction set in Whitestone. Ellis includes development art images of each attraction that explains many of the intricate details of these concepts. Ellis added images showing some of the many signs and props that would be found at the Whitestone Shooting Gallery attraction, including concepts for the guardhouses, patches, pins, pistols, and rifles. There is even a concept image for the Carousel of Wildshapes, with the ride jumpers in the many forms of creatures that Keyleth used when casting Wildshape. 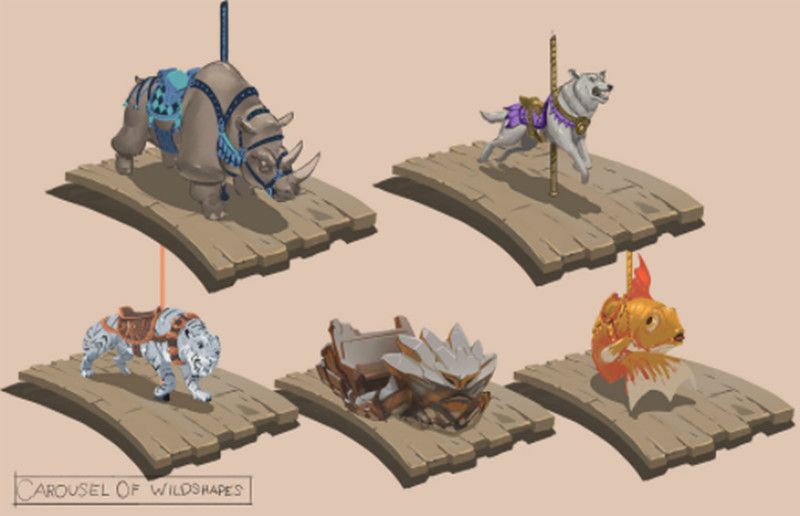 You’ll want to keep an eye on this thread and the #CriticalRoleLand hashtag, as Ellis has tweeted there’s “going to be so much more”.

Square Enix is Making a Sequel for 'The World Ends With You'
Recent Posts
We and our partners use cookies on this site to improve our service, perform analytics, personalize advertising, measure advertising performance, and remember website preferences.Ok