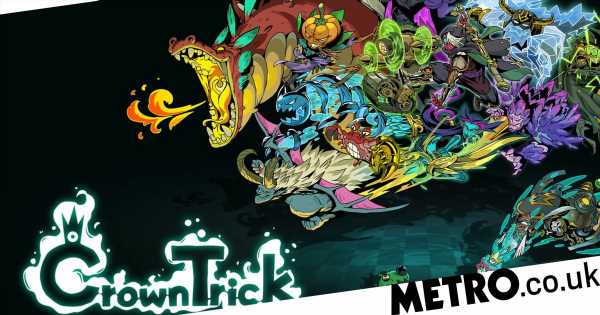 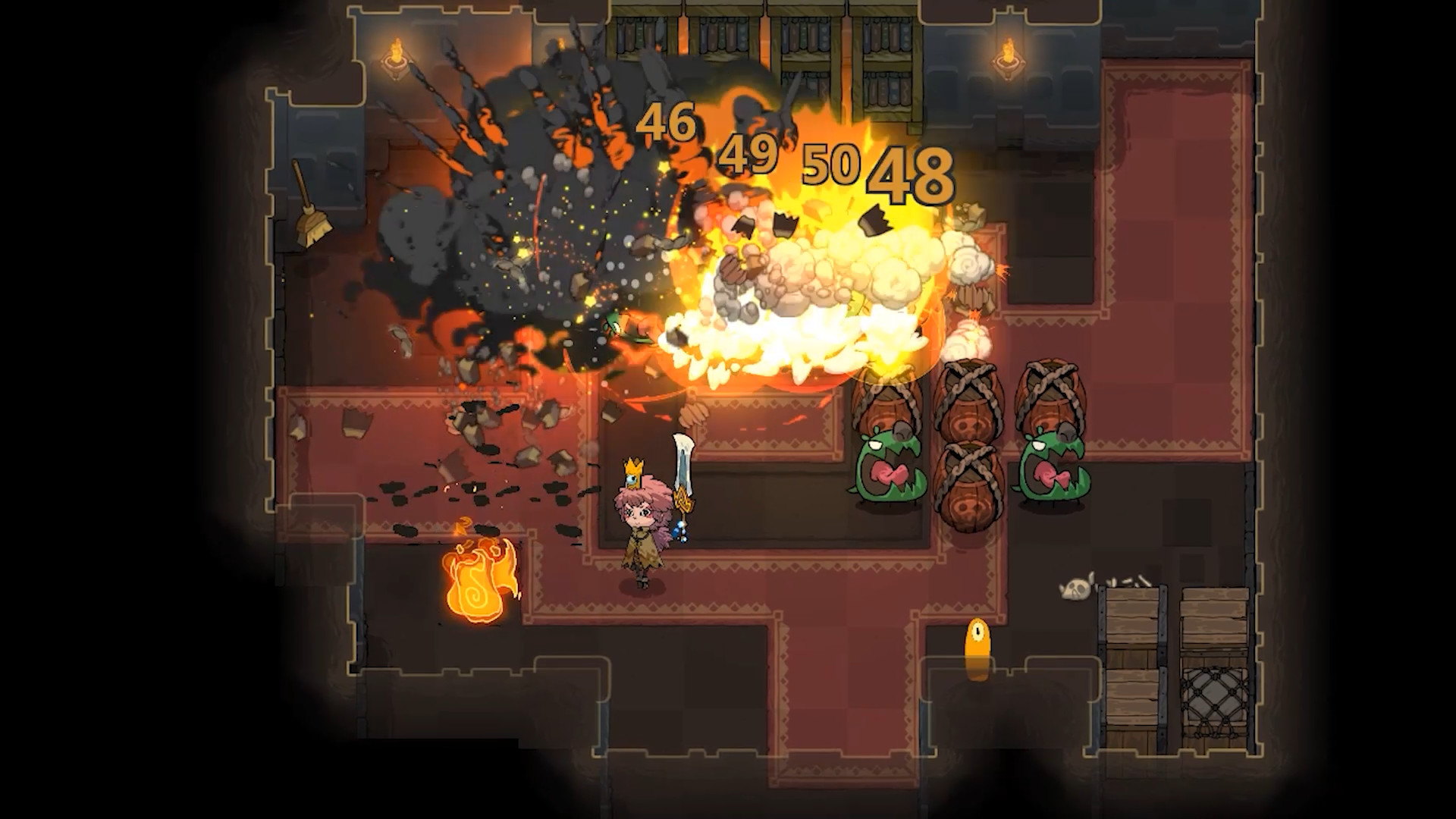 GameCentral reviews the latest indie roguelike from Team17 and a game whose basic principles date back over four decades.

Roguelikes are so called because of Rogue, an ancient 1980 Unix-based dungeon crawler that had procedurally generated levels and permadeath, making each run a unique and precarious experience. Classics of the genre, like FTL: Faster Than Light – the turn based space combat and management game – or the more recent 2D Metroidvania-style Dead Cells, are joined by dozens of less well known titles in what has become a rapidly expanding family of games.

Indie developers, in particular, have realised that the genre offers a useful way of stretching limited assets into a significant play time, something that is most certainly at work in Crown Trick. Like Rogue, it’s a turn-based dungeon crawler, except it’s set in the Realm of Nightmares, with protagonist Elle falling back asleep to start each run.

Arriving in the Realm, your first job is to choose one of two random weapons, and one of three randomly selected familiars, which supply your character’s special moves. While the familiars are useful, they’re far from pivotal. The weapon selection on the other hand will have a profound effect on the success of your run, and although you’ll also get weapons in the dungeon it’s one element of randomness that can really make or break an attempt.

From the moment of your arrival, everything you do is turn-based. Move one space in any direction, attack, or use a skill, and your enemies do the same, your action executing at the same time as theirs. You get notice of which squares are going to be attacked next, and can see your own potential areas of attack, which gives you the option to use Blink, a short-range teleport that doesn’t take up a turn but has limited charges for each battle.

Where you can attack is dependent on the weapon you’re carrying, and damage patterns vary from swords that strike a single square next to you; to spears or guns that hit a straight line in front of you; to axes, which damage all eight squares that surround Elle; to more esoteric T-shaped formations. Each turn is a balance between making sure enemies are in range of your attack whilst doing your best to stay away from theirs.

To complement that process you also have up to two familiars, each of which comes with two special moves. Those are hugely varied, from summoning a monster to fight alongside you, to forming a short-lived blackhole that sucks in enemies (and Elle), to more prosaic waves of fire, poison, or ice. Each has its own recharge cycle, so you can’t just spam their effects, but need to make judicious use according to your situation.

The final combat element is Elle’s use of relics. They add magical buffs and occasionally a brief curse too if they’re particularly powerful, which confer additional skills or extra damage in combat. There are so many of them that your only viable tactic is to make the best of the ones luck presents to you. Attempting to plan ahead for relic use proves impossible given their number and variety.

As with a most roguelikes, it’s that enormous diversity, combined with the fundamentally random nature of each run, that presents the greatest challenge. While your skill as a player improves along with your knowledge of enemies and how they interact with different weapons and abilities, that information is completely useless if you happen not to pick up the right equipment, leaving you uncomfortably beholden to Lady Luck.

To balance that, you have the opportunity to buy permanent upgrades between runs, when you wake up in the Hall of Reincarnation. Initially there’s not much to do, but during the tutorial you’ll rescue Barbara the alchemist, who can brew potions and elixir-related buffs to make you a little harder to kill. Subsequent runs unlock three more traders who supply enduring power-ups for special items, gold, carry limits, and more frequent access to a black market trader who pops up occasionally.

The currency for these upgrades is soul shards, which you earn by killing monsters. You’re free to spend those in the Hall of Reincarnation but can only carry 30 with you back into a run, so any that you’re unable to spend are lost. That presumably prevents the game from losing its balance with a gradually increasing rollover of shards, but it does feel mildly frustrating to have so many taken away from you over time.

Crown Trick’s hand drawn art style is unusual and visually appealing, and the whimsical music has a welcome Danny Elfman quality to it. The enemies are just as striking, with bosses, in particular, having well matched looks and attack skills that it takes a while to find your way around. There’s a plot, but not one that takes up too much of your time, and the whole game is agreeably bug free.

The issues are twofold: one is how much the random factor can affect your chances of success, since a decent weapon at the start of a run makes a huge difference to your odds of survival. Since you have no control over this it can feel needlessly frustrating if you get dealt a dud. The other problem is that the game lacks some of the compulsion of other roguelikes. Whether it’s the majestic, pixel-perfect twitch thrills of Hades and Dead Cells or the pared back tactical brilliance of Into The Breach, Crown Trick doesn’t quite have that X-factor.

It’s still highly competent though, with plenty of personality and a good sense of progression, although that does admittedly slow as you get deeper into its realms. The difficulty level evolves from welcoming to challenging, as you get to know each ability and weapon, which helps to offset the fiercer enemies and more damaging traps. If you enjoy a stern, medium term challenge, Crown Trick will definitely provide that – and all without once testing your reflexes.

In Short: A well designed, turn-based roguelike with a winning art style and a wide variety of options – even if it is a bit too random.

Pros: Tactical combat remains testing throughout with an excellent variety of enemies and a huge range of equipment and abilities, many of which interact with each other in interesting ways.

Cons: Getting the right random weapon drop is a make or break factor in success. Typically for the genre, some runs just never get off the ground. Lack of twitch thrills won’t appeal to all.