Crystal Dynamics’ Avengers game was recently on the receiving end of a delay from May to September, but those excited to suit up as Earth’s Mightiest Heroes can now pre-order a few different versions and set themselves up to receive various bonuses. While both the PS4 and Xbox One versions have different editions to choose from that come with several bonuses, PS4 players get a few extra things, including first access to a beta test.

Pre-ordering the standard edition gives you a Marvel Legacy Nameplate, the Marvel Legacy Outfit Pack, featuring costumes from each of the heroes’ early days, and online beta access. The Deluxe Edition gives you 72-hour early access to the full game, the Obsidian Nameplate Pack, and the Obsidian Outfit Pack for the heroes. The physical version of the Deluxe Edition also includes a one-month subscription to Marvel Unlimited. The Earth’s Mightiest Edition includes all the perks of the other editions, plus a steelbook case, a 12-inch statue of Captain America, a Hulk bobblehead, a Mjölnir keychain, Black Widow’s belt buckle, Iron Man’s prototype armor blueprint, Kamala Khan’s Avenger pin, and a group photo of the team.

Those who pre-order the Exclusive Digital Edition on PS4 can play the beta before Xbox One players, and receive an Avengers-themed dynamic theme for their system. PS4 players also get a special Ms. Marvel emote. You also get 1,000 credits to spend on customization items, as well as a Ms. Marvel nameplate.

Avengers launches on PS4 and Xbox One on September 4. To learn more, check out our hands-on impressions of the opening sequence. 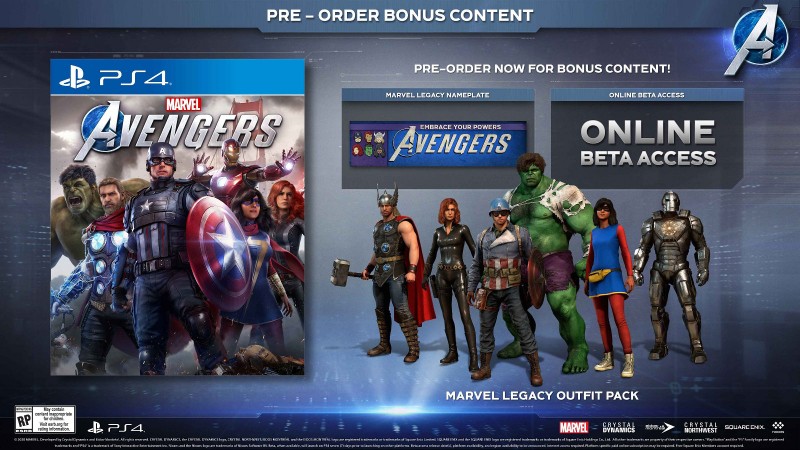 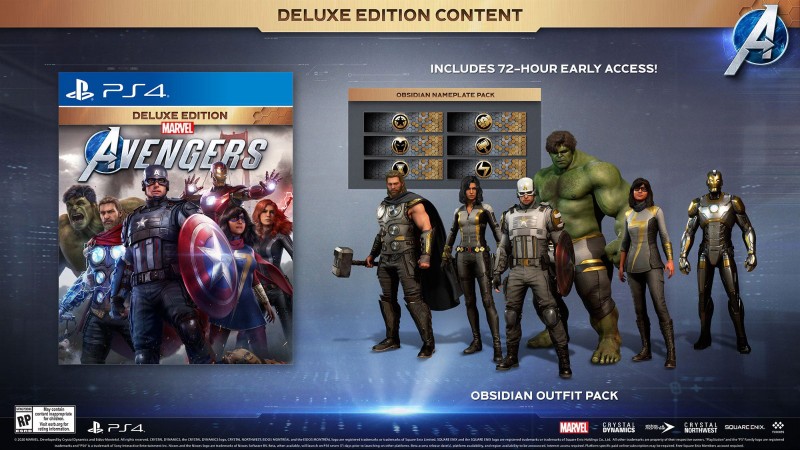 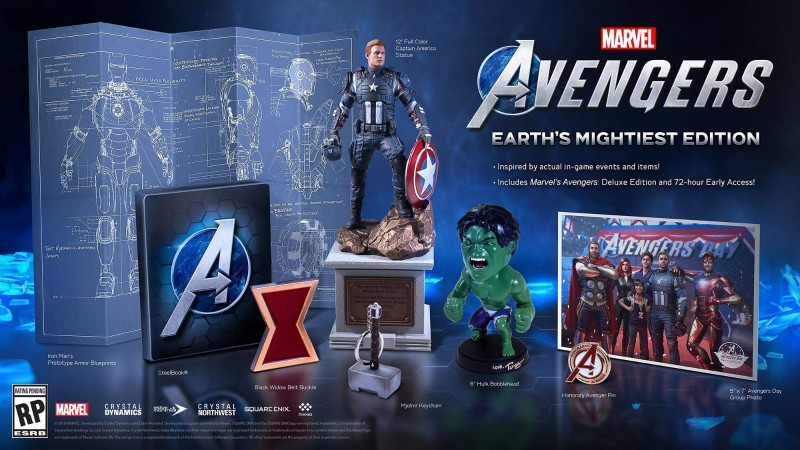