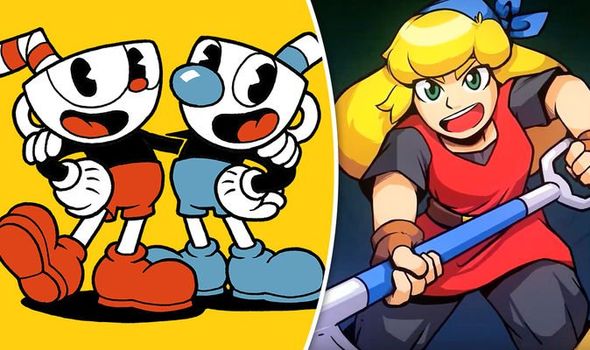 Nintendo Switch fans have been treated to some amazing game news during the Nindies Direct.

As part of its Nindies presentation, Nintendo unveiled a wealth of indie games coming soon to the Switch.

Perhaps most surprising of all is that Xbox One and Windows exclusive Cuphead has been announced for Switch.

Better yet, the Studio MDHR run and gun shooter has been given an April 18 release date.

“We’re so excited to announce that Cuphead is indeed coming to Nintendo Switch on April 18th!” reads a Studio MDHR tweet.

It looks like 2019 could be a busy year for Nintendo Swith, as multiple indie games come to the system.

The show ended with another big surprise, as Nintendo announced a crossover featuring The Legend of Zelda.

Cadence of Hyrule is described as Crypt of the NecroDancer Featuring The Legend of Zelda.

It features the main character from the Crypt of the NecroDancer rhythm-action dungeon crawler, as well as Link and Zelda.

The game has a spring 2019 release date on Nintendo Switch.

Fans can grab discounts on the likes of Firewatch, Inside, Darkest Dungeon and lots more.

“Inspired by cartoons of the 1930s, the visuals and audio are painstakingly created with the same techniques of the era, i.e. traditional hand drawn cel animation, watercolor backgrounds, and original jazz recordings.

“Play as Cuphead or Mugman (in single player or local co-op) as you traverse strange worlds, acquire new weapons, learn powerful super moves, and discover hidden secrets while you try to pay your debt back to the devil!”