Curse of The Dead Gods is a game that truly rewards the player for conquering challenging enemies. It also embraces the elements of its genre by providing a skill-based experience as you traverse through its numerous temples. Your experience will change in each run thanks to the unique curses presented in the title.

Fortunately, Curse of The Dead Gods has a wild variety of creatures to defeat. There are Champions and incredible bosses that will throw you with everything they have. One such Champion is Ratyapu, The Abomination. 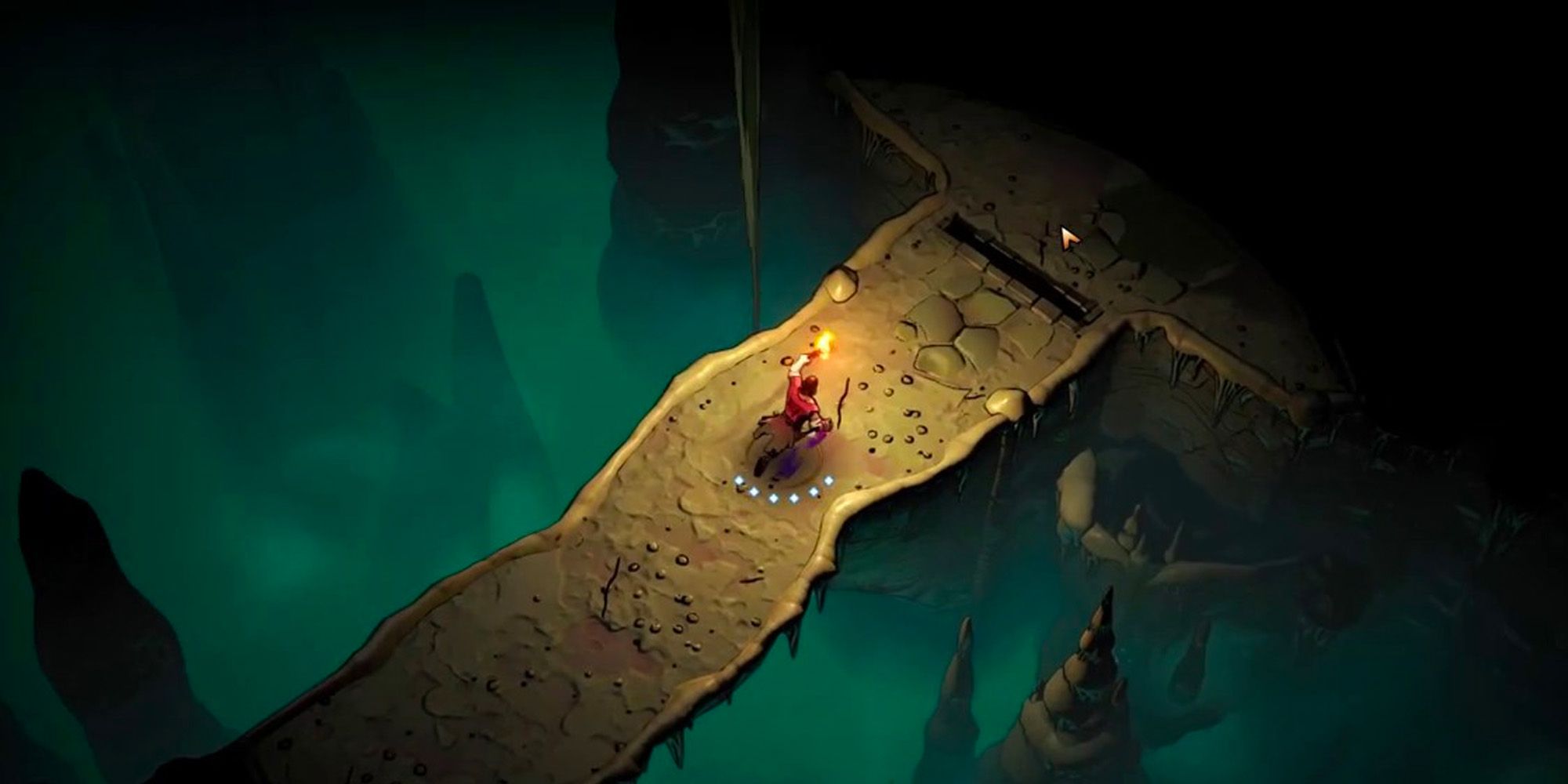 Ratyapu is the second Champion of the Serpent Temple, and as his title says, he is an abomination with a cracked skull and large protruding blades. As one of the final Champions to face during your run, Ratyapu pushes the limits of mid-boss difficulty and introduces an entirely new mechanic of his own. This mechanic is known as Ratyapu’s rage form, and it activates when a notch of his health bar is taken down.

You’ll know that Ratyapu has entered this form when he glows a yellow-green color, thrusts his arms into the ground, shrieks, and summons an explosive circle of poison.

While in this form, Ratyapu is resistant to stuns, deals additional poison damage, is faster, and is more aggressive. Furthermore, the only way you’ll be able to damage The Abomination is by parrying his attacks. This form will only last ten seconds, though.

Ratyapu also follows a four-attacks pattern. His first attack is two horizontal slashes, and it usually begins with his left arm. Both of these slashes can be parried. His second attack is a thrust forward that begins with his right arm. This attack deals an intense amount of damage but can also be parried. The third attack is a typical projectile that is visually similar to his second attack. Ratyapu’s final attack is a large outstretched spin. It has the most range and damage out of all his attacks and is impossible to stop once contact is made.

The boss' best move is a multi-hit attack and is parryable, but incredibly risky so dodging may be your best bet.

How To Beat Ratyapu, The Abomination 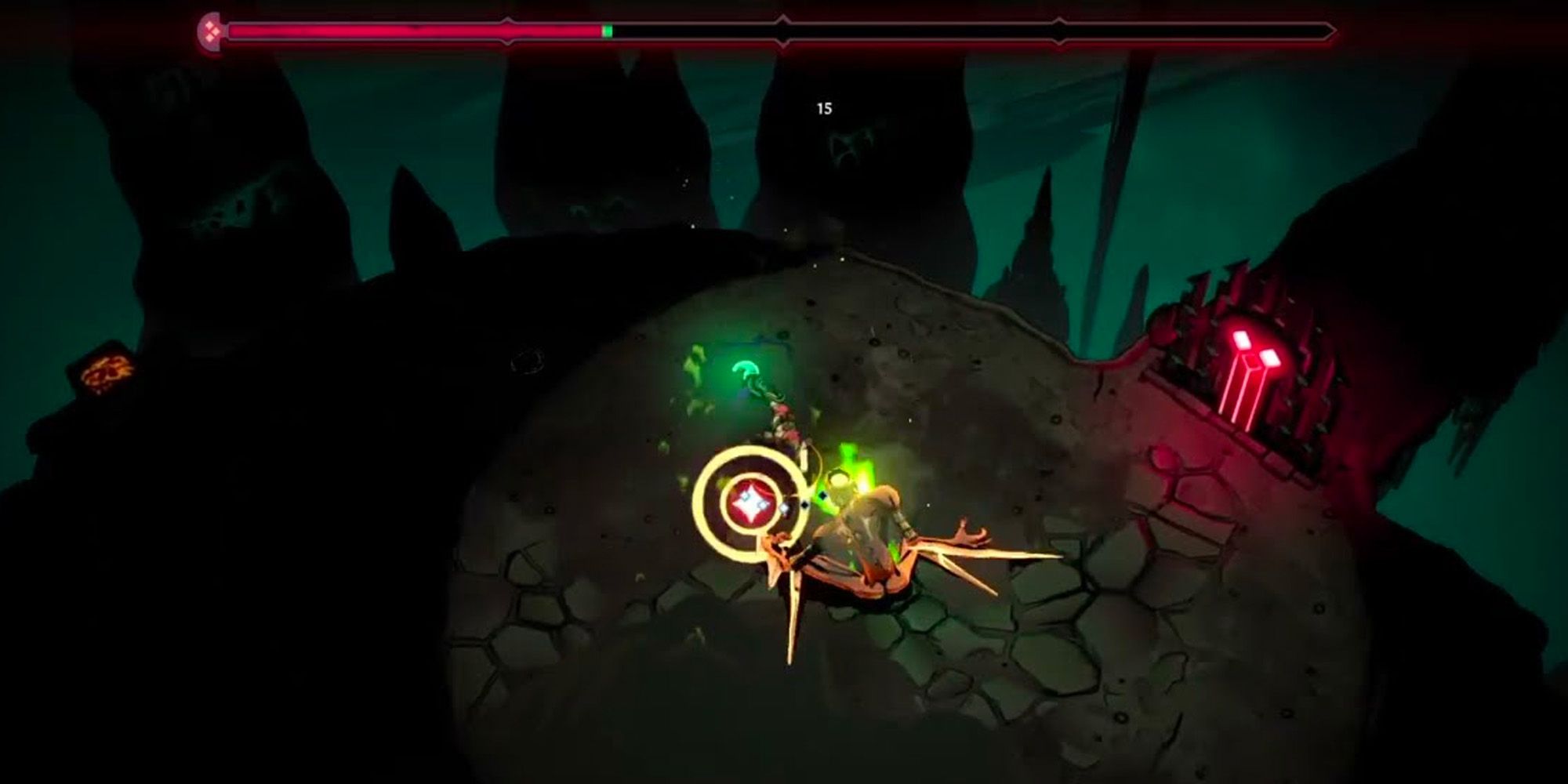 The best bet in defeating Ratyapu is to err on the side of caution. Due to his incredibly high range, it is important to dodge even when you think you are out of range. His move set is also pretty similar to the lower enemies found in the Serpent Temple, so getting in some practice can also help out quite a bit. Attacking Ratyapu from a distance will allow you to avoid a lot of his attacks, so fighting with a bow can provide you with a slight edge.

If you do intend on sticking to close range, use heavy weapons to keep him stunned until he rages and make sure to parry his first attack as that is the only one he can do at a close range. Defeating Ratyapu will consist of repeating this cautionary play style until you’re able to slowly bring his health to zero.

Upon defeating The Abomination, Ratyapu might drop his special weapon. However, there's a big chance that he won't. To secure a 20 percent chance of this weapon dropping, you will need to deal the final blow while Ratyapu is in a Weakened state.