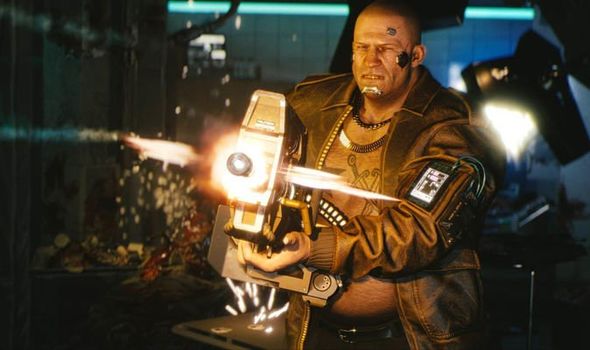 Cyberpunk 2077 is one of the most highly anticipated upcoming games for the PS4 and Xbox One.

The latest offering from Witcher 3 developers CD PROJEKT RED has been one of the standout stars of the past two E3 events.

These showings have helped develop huge hype surrounding Cyberpunk 2077, which is set to launch on PlayStation, Xbox and PCs next April.

And ahead of the big Cyberpunk 2077 release date some shock rumours emerged, which CD PROJEKT RED have come out to clarify.

Reports from a Polish news source appeared to suggest that CD PROJEKT RED had multiple Cyberpunk 2077 games in the works.

It was claimed that three Cyberpunk 2077 games were in the works, including the one featuring Matrix and Point Break star Keanu Reeves that we know of.

The other two titles were allegedly another triple A title and a multiplayer game.

Following the emergence of these rumours CD PROJEKT RED has come out to say that they have three separate studios working on Cyberpunk 2077.

Interestingly, they also revealed that they have a team working on an “unannounced mobile project”.

Speaking to GameSpot, a CD PROJEKT RED spokesperson said: “We currently have a total of five teams working on a number of projects, with three focusing on the development of Cyberpunk 2077.

“These include CD Projekt Red Warsaw and Kraków, who are handling the main game, as well as the Wrocław studio, where around 40 industry specialists are engaged in technology R&D.

“A separate, dedicated team at the Warsaw studio is handling the development of Gwent.

“The final team is Spokko, which is currently working on a yet unannounced mobile project.”

The public roadmap on the CD PROJEKT RED website also mentions that the firm will release another AAA RPG by the end of 2021.

What that title is, however, remains a mystery.

The website for the Cyberpunk 2077 makers also says the developer is planning to expand their franchises via “additional media content and product lines”.

So, while the rumours about multiple Cyberpunk titles were off the mark CD PROJEKT RED does have plenty of unannounced titles in the works.

And if you’re a fan of the developer’s work then you have plenty of intriguing surprises in store to get excited about.