Once someone starts getting really into Dungeons & Dragons, there’s a few things they’re going to want. The first is dice, of course, in many different colors that reflect their tastes and personality. The second thing most D&D will eventually want is a miniature figure of their character. This is especially true now that Dungeon Masters have access to so many tools that make their battle maps more immersive. Who doesn’t want a personalized representation of their beloved elf archer or tiefling warlock? Fortunately, Hero Forge has us covered more than ever before.

Hero Forge is a pretty well known name in the Dungeons & Dragons community thanks to its quality custom miniatures. Several companies, including D&D publisher Wizards of the Coast itself, put out stock plastic figurines. Common characters like “Elf Rogue” or “Dragonborn Paladin” can be found at most game stores. But Hero Forge does one better by offering a made-to-order figure builder. Users can adjust the build and clothing, and even add things like a pet. The only issue is that all figures are grey. 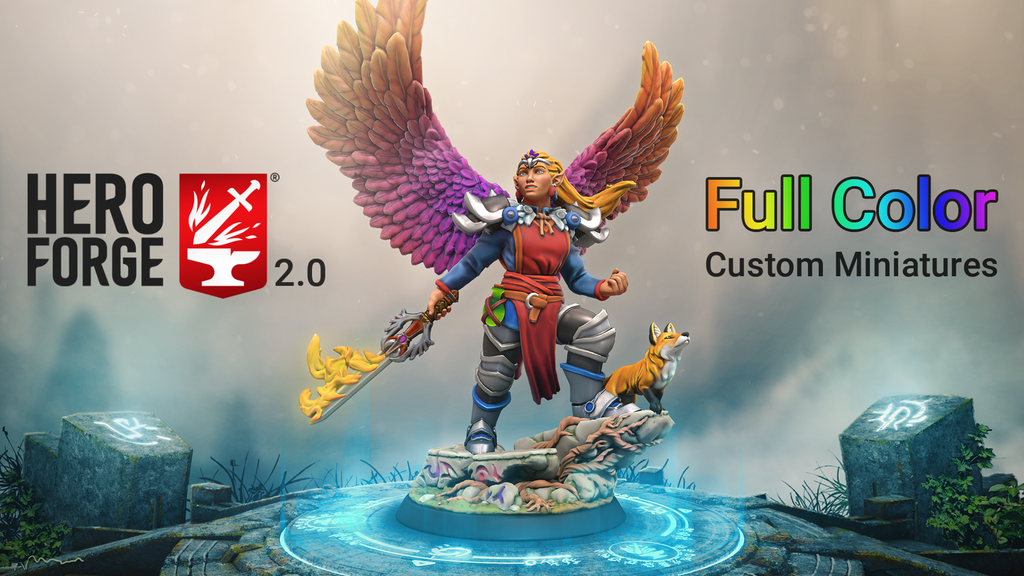 The campaign is called Hero Forge 2.0, which is enticing. That implies that there will be more than color options coming to the platform. Players could be given even greater customization powers than ever.

The only thing to be wary of is price. Hero Forge miniatures already cost at least $20 a piece for a fairly standard grey figure. The addition of color could easily double the price. Hero Forge definitely offers a quality product, but more budget-minded D&D players might just elect to buy the cheap minis and paint them themselves.

Still, it’s amazing to see just how the market for tabletop products has grown in the past few years. Things like custom minis or modular battlefields would have been a pipe dream even 10 years ago. Thanks to crafty people, the internet, and crowdfunding, D&D campaigns can only get more immersive from here.