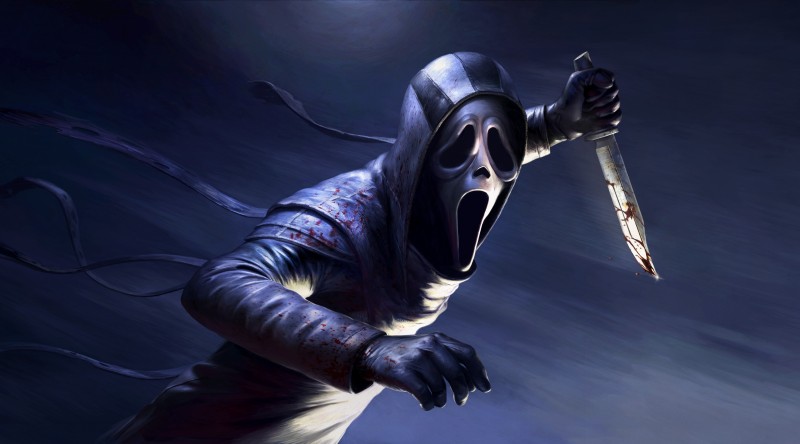 When Dead by Daylight launched in 2016, we lauded it for its tense and engaging online gameplay. Since then, developer Behaviour Interactive has continued to support the game through new chapters, and by porting to consoles. With the game’s third anniversary approaching, support continues with the addition of Ghostface as a new killer and the upcoming port to Nintendo Switch.

The iconic costume from Scream and every Halloween store ever, players will get to don the Ghostface costume on their own virtual killing sprees when it gets added to the game on June 18 for PC, PS4, and Xbox One.

Furthermore, players will be able to experience the game’s asymmetrical multiplayer on the go when the game launches on Nintendo Switch on September 24. This version will come with nine killers, 10 survivors, and three cosmetic packs.

This isn’t the end of Dead by Daylight news, however. Behaviour Interactive are hosting a stream detailing its plans for the game throughout the upcoming year. Viewers can apparently expect “reveals, in-depth looks at Ghostface, the Nintendo Switch and new features, laughs, drama, and surprises.” The stream will be on the game’s official YouTube and Twitch channels on May 31 at 3 p.m. EST.

Read our review of Day by Daylight by heading here.