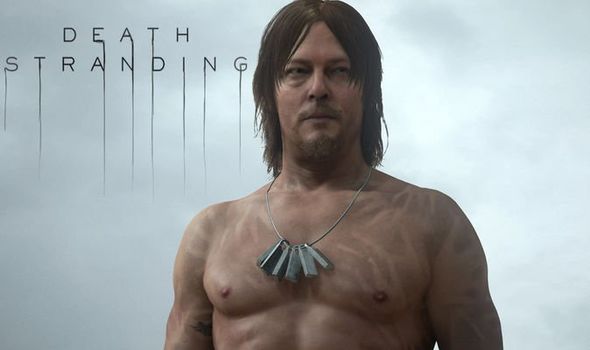 A new Death Stranding leak has shed some light on the mysterious new PS4 game.

With game director Hideo Kojima teasing a big reveal for later today (May 29), fans have uncovered more about the release via a PlayStation Store leak (via Nibel).

Even more intriguing are the story details, which appear on the leaked pre-order page.

“Sam Bridges must brave a world transformed by the Death Stranding,” reads the official description. “Carrying the remnants of our future in his hands, he embarks on a journey to reunite the shattered world.”

Fans are even speculating that Sony will potentially even drop a new a gameplay demo, which could be tied to PS Plus.

Some fans believe that a Kojima Productions tweet hints at a gameplay demo.

“Hold on to your seats, we’re getting there with the count down for #DEATHSTRANDING. 5/29 in US and Europe, 5/30 if you’re in Japan, which means… Tomorrow is in your hands,” the tweet reads.

The ‘Tomorrow is in your hands’ line has been interpreted by some as a clue that Death Stranding is getting a hands-on demo for PS Plus subscribers.

“Almost time!! See you tomorrow internets,” he tweeted alongside a Total Recall GIF hinting at a big surprise.

In the lead up to the Death Stranding announcement today Kojima posted two teasers on Twitter which appeared to show glimpses of in-game footage.

These teasers were posted alongside the taglines “create the rope” and “help us reconnect”.

The reveal time remains a mystery, although the time difference between Europe and Japan means that it will take place from 4pm onwards.