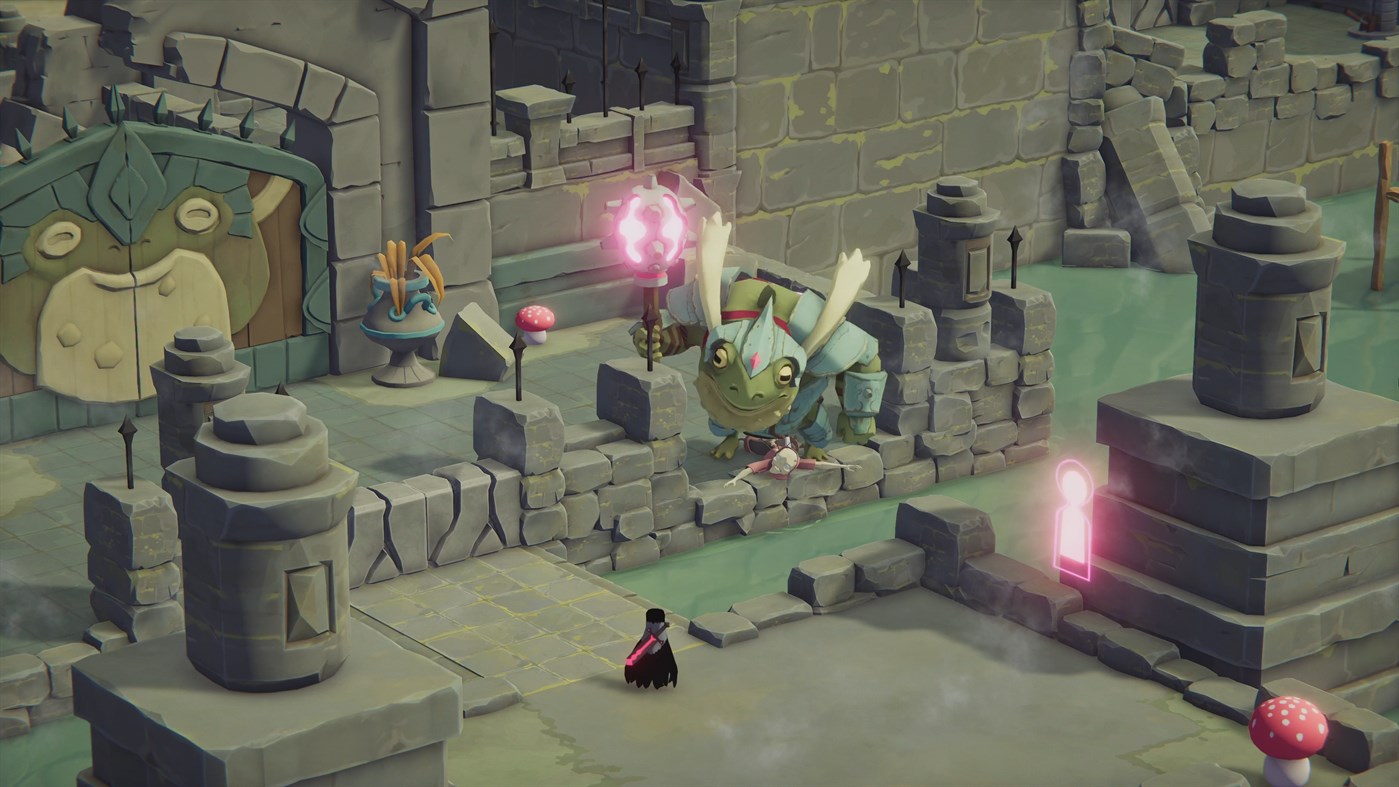 It may wear its inspirations on its sleeve, but this new indie action adventure is already one of the hidden gems of 2021.

Since Game Pass is still a new idea, at least in terms of being the Xbox’s killer app, it remains unclear what its long-term effects on the games industry will be. Is it really sustainable or just something Microsoft is willing to lose money on for now, as a means to win an advantage over Sony? Does it encourage people to play more and different games or does it just end up with them picking up and discarding them in mere minutes, like flicking through a TV channel?

One interesting statistic released this month is that Game Pass subscribers apparently play 40% more games than non-subscribers and spend 50% more money on them. That last is particularly important as one obvious concern is that people will get used to not paying for games unless it’s through a subscription, which would have an especially adverse effect on indie titles, given their lack of marketing budget. That in turn would mean that people would miss out on games like Death’s Door, which would be a crying shame.

Even we almost didn’t have time to play the game, as the industry’s typically incompetent scheduling meant it came out at a suddenly busy period of the year when other, higher profile titles took priority. Death’s Door is an easy to game to overlook, with its unremarkable graphics and premise, but it’s actually one of the best action adventures of the year.

Despite its many positive elements, originality is not Death’s Door’s forte. Or rather it’s not the forte of developer Acid Nerve, whose previous game was Titan Souls – a straight mix between Dark Souls, Zelda: A Link To The Past, and Shadow Of The Colossus. Death’s Door (mostly) drops the fascination with Shadow Of The Colossus but otherwise shares the same inspirations, although in a much more compelling way.

Death’s Door casts you as a reaper of dead souls, a role that is treated as a relative mundanity by your jaded co-workers. This wouldn’t seem a particularly unusual set-up for a video game except you and your fellows are crows and while you can use weapons (and apparently typewriters) you still look and walk like an actual crow – although oddly you can’t fly. The plot kicks in almost instantly, as a soul is stolen from your grasp and you become embroiled in a scheme to open what is described literally as Death’s Door.

Despite the stranger elements of the story there’s a refreshing simplicity and directness to Death’s Door. Within a few minutes you’ve got the hang of swinging a sword and the slightly more complex process of nocking an arrow and using your magic bow, which thrums with a satisfying physicality.

New weapons and abilities are learned along the way, which in true Metroidvania style are also used to access previously inaccessible areas, but the combat never gets overcomplicated and is always tightly focused on crowd control and learning enemy patterns – as you’re frequently accosted by waves of enemies whose defeat powers your magic gauge.

Death’s Door is not an easy game but it is no Dark Souls. You’ll probably die at the initial boss, and almost certainly at the first proper one afterwards, but once you start earning more health (through some very Zelda-esque means) and get a feel for the pace of combat it all becomes perfectly manageable. As with From’s games, observation and forward-planning is key, as while there’s no stamina bar more powerful moves require quite a wind-up and choosing the right moment to attack is vital.

Death’s Door sounds completely unremarkable when you describe it and, despite some attractively varied backdrops, is hardly any more exciting when looking at videos or screenshots. But it really is a joy to play. It takes around six to eight hours to see the end of the story and that seems the perfect length, with no padding, no prevarication, and no pretention.

In any other game just throwing waves of enemies at you would seem lazy and unexciting but the combat is so intrinsically enjoyable, and the enemies varied enough in their tactics, that the challenge of dealing with them all in unexpected combinations never dims. At the same time the boss battles are uniformly excellent, and distinct in terms of both visuals and abilities.

The graphics are obviously fairly low-tech but with the camera zoomed out as far as it is that fact is rarely obvious, as the visuals reflect the pleasing simplicity of the rest of the game. Although there are some clever set pieces, and unique ideas like growing your own health restoratives in strategic spots (or rather pots) around the map, nothing in Death’s Door is very original. And yet the only time it feels overly derivative is in some of the items, with the bombs and hookshot being a bit too reminiscent of Zelda.

With a gentle sense of humour and a winning charm Death’s Door is almost perfectly formed. It may not be doing anything particularly new but there are few games that hit their targets with quite the same level of efficiency. Originality is nothing without quality of execution, but the reverse is not true and Death’s Door is a pleasure to play from beginning to end.