As someone who enjoys imaginative, offbeat indie games, I've played some pretty weird stuff in my day. But I was not prepared for Deep Under the Sky, a game that lets you, in the words of developers Rich Edwards and Colin Northway, "experience the bizarre mating rituals of alien jellyfish." Now that's a premise and a half. I've played thousands of video games over the years, but I can say with complete confidence that I've never once had to help an extraterrestrial jellyfish procreate. I guess I can scratch that off my gaming bucket list now.

Deep Under the Sky, which you can buy here, is a trippy puzzle game set on a freaky, psychedelic depiction of the planet Venus. I mean, the developers say it's Venus. It certainly doesn't look like a scorching, sun-baked hell world. It's an eye-searingly colourful kaleidoscope of strange alien flora and fauna, with giant staring eyes that follow you creepily around the level. It's an oddly beautiful game, but also gets slightly nightmarish after a while. I could only play it in short bursts because it's such a relentless, chaotic assault on the senses.

The game underneath all this is pretty straightforward, but elegantly designed. Controlling the aforementioned alien jellyfish, you launch it at eggs scattered around the level to impregnate them. Fertilise all the eggs in the level and you move onto the next one. Told you it was weird. Oh, and everything is done with one button. Press once to launch your jellyfish, press again to propel it forward at an angle of your choosing, then press a third time to blow it up and release a cloud of sperm that latches onto the eggs and creates 0ffspring. 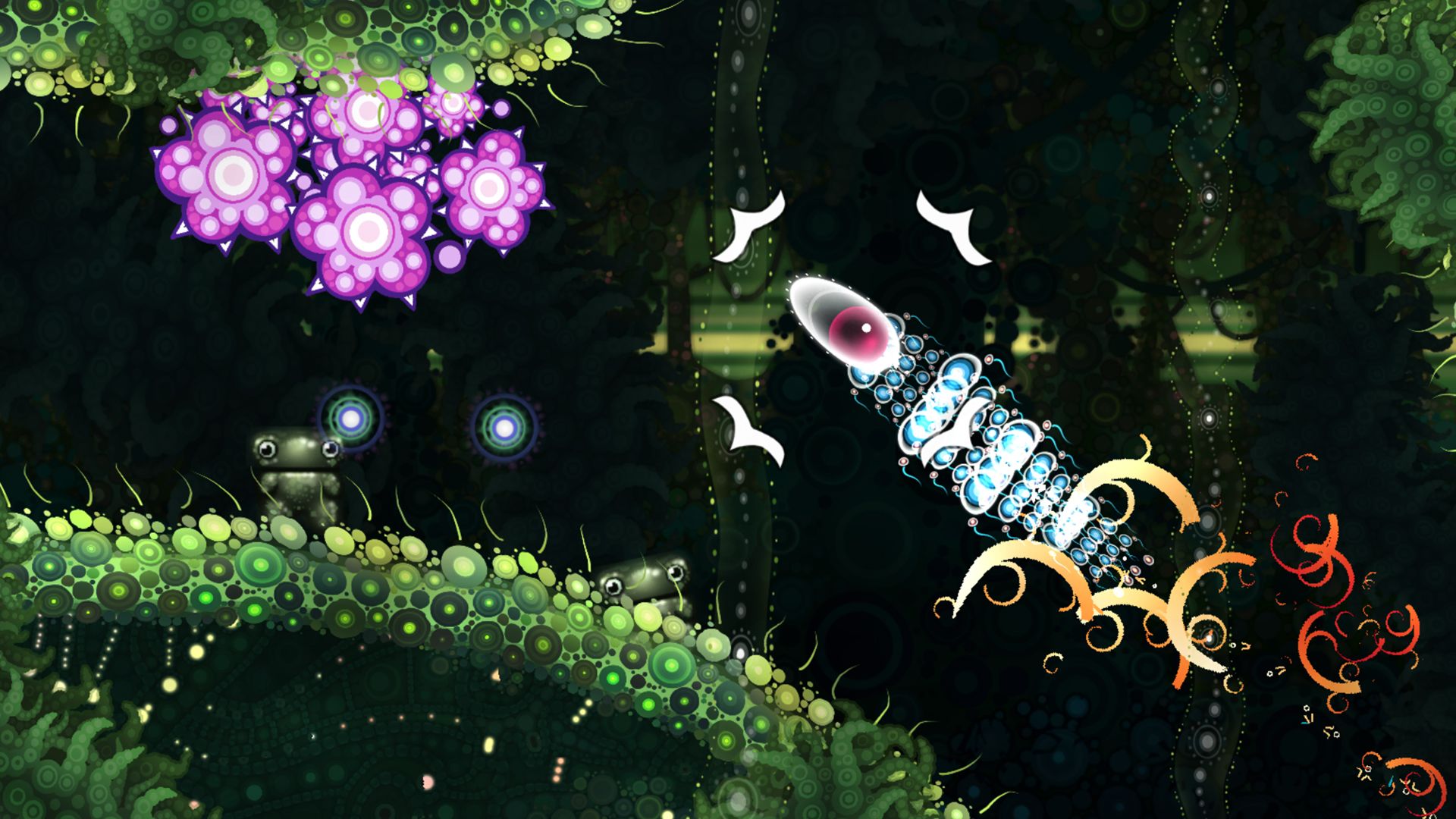 The puzzle element lies in how the maze-like levels are designed. Choosing the correct angle to launch your jellyfish, and propelling it at just the right moment, is the key to finding eggs tucked away in caverns, canyons, and tunnels. There are hard-to-reach bonus stars hidden in each level too, which are optional but a satisfying test of your jellyfish-flinging skills. This sounds unhinged, I admit. But when you play it, it instantly makes sense—and it's enormously compelling. When I was ready to quit, I'd always be lured back for one more level.

There are 80 levels in Deep Under the Sky, and the developers are constantly throwing new things at you. In one level, patches of a bouncy gelatinous substance are introduced, giving you finer control over your jellyfish's trajectory. In some levels you're given new ways to control it, including an extra burst of propulsion. Whenever you feel like you've figured the game out, it'll throw something thrillingly new at you—including a grappling hook that lets you swing around the level, or being able to mutate into a ball and roll around.

On the game's Itch page the developers boast of "more particle effects than your human brain can handle"—and they're not lying. When you fertilise an egg, or basically do anything, the screen explodes with spores, debris, and other dazzling, level-littering detritus. This combined with the game's acid trip aesthetic makes for a singularly brain-melting experience. I've never played anything like it, and I doubt I ever will again. This alone makes Deep Under the Sky worth the $10 asking price, if you can stomach the sheer chaos of the visuals.