Santa’s personal Pokémon is receiving the Godzilla treatment and is bringing its giant sack full of presents to the Galar region, as the Wild Area now has Max Raid Battles against Dynamax Delibirds until Christmas Day.

Delibird was introduced in Pokémon Gold & Silver as a Christmas-themed Pokémon, thanks to its red and white color scheme and a sack full of goods. The Santa Claus connection was even stronger in Delibird’s original design from the leaked Pokémon Gold & Silver beta from Space World ’97, where it was always sporting a Santa hat. Delibird has a signature move called Present that is tied into its Christmas-theme, which will either damage or heal the enemy Pokémon. 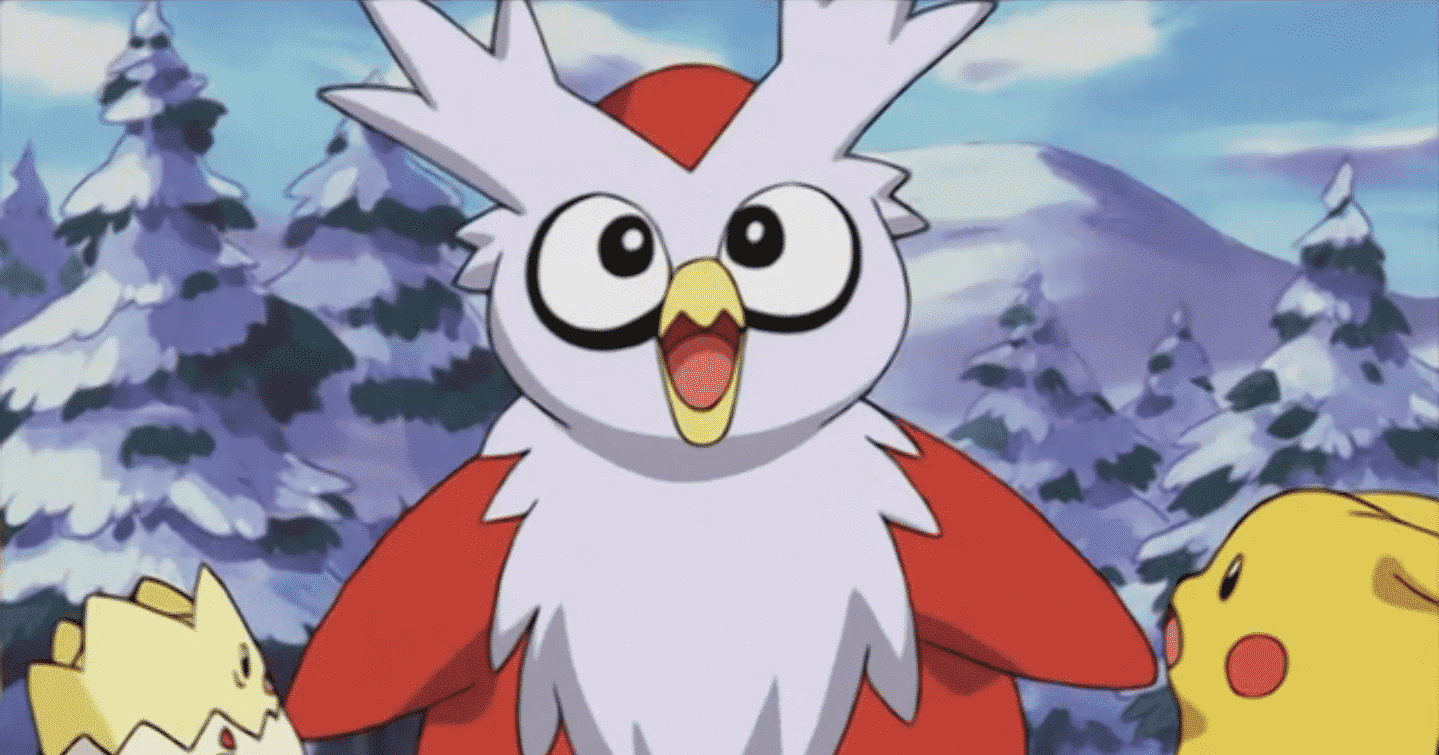 The News channel on the Nintendo Switch has also announced a Mystery Gift giveaway to coincide with the Delibird invasion. The people who use the PRESENT password in the Mystery Gift menu  (through Get with Code/Password) will receive ten Luxury Balls, which will make the Pokémon gain friendship more quickly. The password will work until January 30, 2020.

Delibird has its fans, but it has never caused much of a stir on the battlefield, thanks to its low stats and poor move pool, as well as the fact that its signature move has a major chance of backfiring on the player. The fact that there are Dynamax Delibird roaming around the Wild Area that Pokémon Trainers can catch with their buddies means that this Pokémon might finally get a second look from those who would have ignored it in the past.

The Dynamax Delibird horde will be available in the Wild Area until December 25, 2019. The PRESENT password for the Mystery Gift event will expire on January 30, 2020.