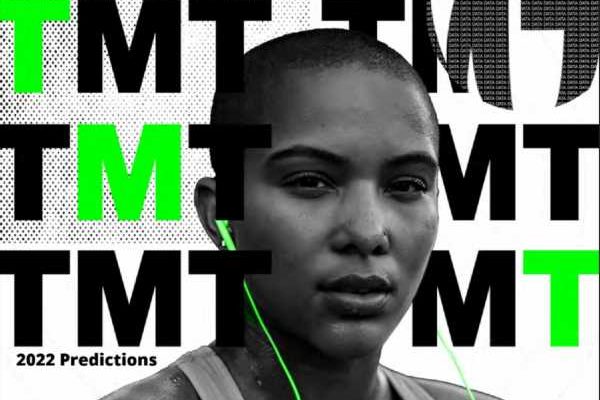 The new year will see a continued chip shortage, an increase in regulation for AI, a push for sustainability in smartphones, and more churn in entertainment subscriptions, according to the annual tech predictions from accounting and consulting firm Deloitte.

Deloitte Global said in its annual report that chips will remain in short supply next year, and some component lead times will stretch into 2023. That’s consistent with reports from chip makers such as Intel and Nvidia.

And at least 150 million streaming video-on-demand services (SVOD) paid subscriptions will be
cancelled worldwide. As games consoles reach their 50th anniversary, the console market will generate a record $81 billion in 2022, up 10% from 2021.

The Technology, Media & Telecommunications (TMT) 2022 Predictions report underscores how many of these trends are being driven by the global pandemic’s economic and societal shifts, resulting in an increasingly connected and multi-device world, fueling the world’s need for more chips, growth in connectivity, and entertainment options.

“The pandemic increased the need to maintain connections, improve productivity and experience
entertainment, with accelerated adoption from both consumers and businesses alike,” said Kevin
Westcott, Deloitte’s U.S. TMT and global Telecommunications, Media and Entertainment
(TME) practice leader, in a statement. “In 2022, we foresee these behaviors continuing to grow, but amid a backdrop of challenges. Supply chain woes, increasing regulatory issues and changing media habits will be at the forefront of business leaders’ minds as these challenges impact their ability to meet market demands.”

Deloitte predicts that many types of chips will still be in short supply during 2022, but it will be less
severe than it was for most of 2021, and it will not affect all chips. The continuation of the chip shortage
and its staying power boils down to a significant surge in demand, driven by digital transformation and
accelerated by the pandemic, Deloitte said.

Unsurprisingly, venture capital investment in semiconductors is taking off to fill that demand for new
kinds of chips. Deloitte predicts that venture capital (VC) firms globally will invest more than $6 billion
in semiconductor startup companies in 2022. That may only be 2% of the $300 billion-plus of overall
VC investment expected for 2022, but it’s more than three times larger than it was every year between
2000 and 2016.

Many countries have adopted 5G over the past two years, but Wi-Fi 6 devices are now quietly outselling
5G devices by a large margin and will likely continue to do so for the next few years.

Deloitte predicts that more Wi-Fi 6 devices will ship in 2022 than 5G devices, to the tune of at least 2.5 billion Wi-Fi 6 devices versus roughly 1.5 billion 5G devices. The reason: Wi-Fi 6, just as much as 5G, has a significant role to play in the future of wireless connectivity—not just for consumers, but also for the enterprise.

Meanwhile, Smartphones will hit an installed base of 4.5 billion units in 2022, making it by far the world’s most popular consumer electronics device. But those phones will generate 146 million tons of carbon dioxide or equivalent emissions (CO2e) in 2022.

While this is less than half a percent of the 34 gigatons of total CO2e emitted globally in 2021, it is still worth trying to reduce. There is clear evidence the industry is making smartphones more sustainable, by reducing the need for unplanned replacement, offering software support for smartphones for longer and lengthier phone lifetimes, ultimately helping to reduce the environmental impact of smartphones.

Deloitte predicts that 2022 will see a great deal of discussion around regulating AI more systematically,
with several proposals being made—although enacting them into fully enforced regulations will not
likely happen until 2023 or beyond.

Some jurisdictions may even try to ban whole subfields of AI — such as facial recognition in public spaces, social scoring, and subliminal techniques — entirely. In addition, driven by the increasing urgency of safeguarding data used in AI applications, emerging privacy-enhancing technologies such as homomorphic encryption (HE) and federated learning (FL) will also experience dramatic growth.

Already in use by leading technology companies today, the combined market for HE and FL will grow at double-digit rates in 2022 to more than US$250 million, and by 2025, this market is expected to top $500 million.

“AI has tremendous promise, but we’re likely to see more scrutiny in 2022 as regulators look to better
understand the privacy and data security implications of emerging AI applications, and implement
strategies to protect consumers,” said Paul Silverglate, Deloitte’s U.S. technology sector leader, in a statement. “Tech companies find themselves at a convergence point where they can no longer leave
ethical issues like this to fate. What’s needed is a holistic approach to address ethical responsibility;
companies that take this approach, especially in newer areas like AI, can expect greater acceptance,
more trust and increased revenue.”

As the world churns: The streaming wars go global

In 2022, Deloitte predicts that at least 150 million streaming video-on-demand services (SVOD) paid subscriptions will be canceled worldwide, with churn rates of up to 30% per market.

That’s the bad news. The better news is that, overall, more subscriptions will be added than canceled, the average number of subscriptions per person will rise, and, in markets with the highest churn, many of those canceling may resubscribe to a service that they had previously left. These are all signs of a competitive and maturing SVOD market. As SVOD matures, growth across global regions that may have different cost sensitivities will likely require different business model innovation and pathways to profitability.

“One thing we’ve learned during the past year is that consumers want entertainment choices, in
content, in cost and in their ability to connect socially through their experiences,” said Jana Arbanas,
Deloitte’s U.S. Telecom, Media and Entertainment (TM&E) sector leader, in a statement. “As more global players enter these already competitive markets around the world, entertainment companies will be challenged to constantly innovate, be nimble in their actions and respond quickly to market changes in order to capture the minds and wallets of increasingly savvy consumers.”

On another subject, Deloitte predicted continued focus on diversity, equity, and inclusion: Although the largest players in the technology industry are closing the gender gap and will reach 33% overall female representation in the workforce in 2022, women in technical roles continue to lag by 8% and the pandemic has caused increased churn with 57% of women in TMT expecting to change employers within two years and a startling 22% considering leaving the workforce citing workload increases impacting
wellbeing.

And sports nonfungible tokens (NFTs) have kicked sports memorabilia into the digital age. Deloitte predicts that blockchain-based NFTs for sports media will generate more than $2 billion in transactions in 2022, about double the figure for 2021.

By the end of 2022, we expect that 4 to 5 million sports fans globally will have purchased or been gifted an NFT sports collectible. Interest in sports NFTs is likely to be spurred by activity in the wider NFT market, including digital art, the top five most valuable sales of which had generated over $100 million by August 2021.