With the reintroduction of Legendary Lost Sectors in Destiny 2: Beyond Light, many Guardians have taken to farming the Legend and Master Lost Sectors of Europa and the Cosmodrome to target farm certain Exotics.

Not only do the new armor Exotics from Beyond Light drop in these Lost Sectors, but they also provide a means of farming Exotic armor for solo players — something that was previously exclusive to high-level Nightfalls. One of the easier Lost Sectors to clear out is the Cosmodrome’s Veles Labyrinth, a short mission filled with Hive enemies. Here is a guide on how to clear out this Lost Sector on Master difficulty. 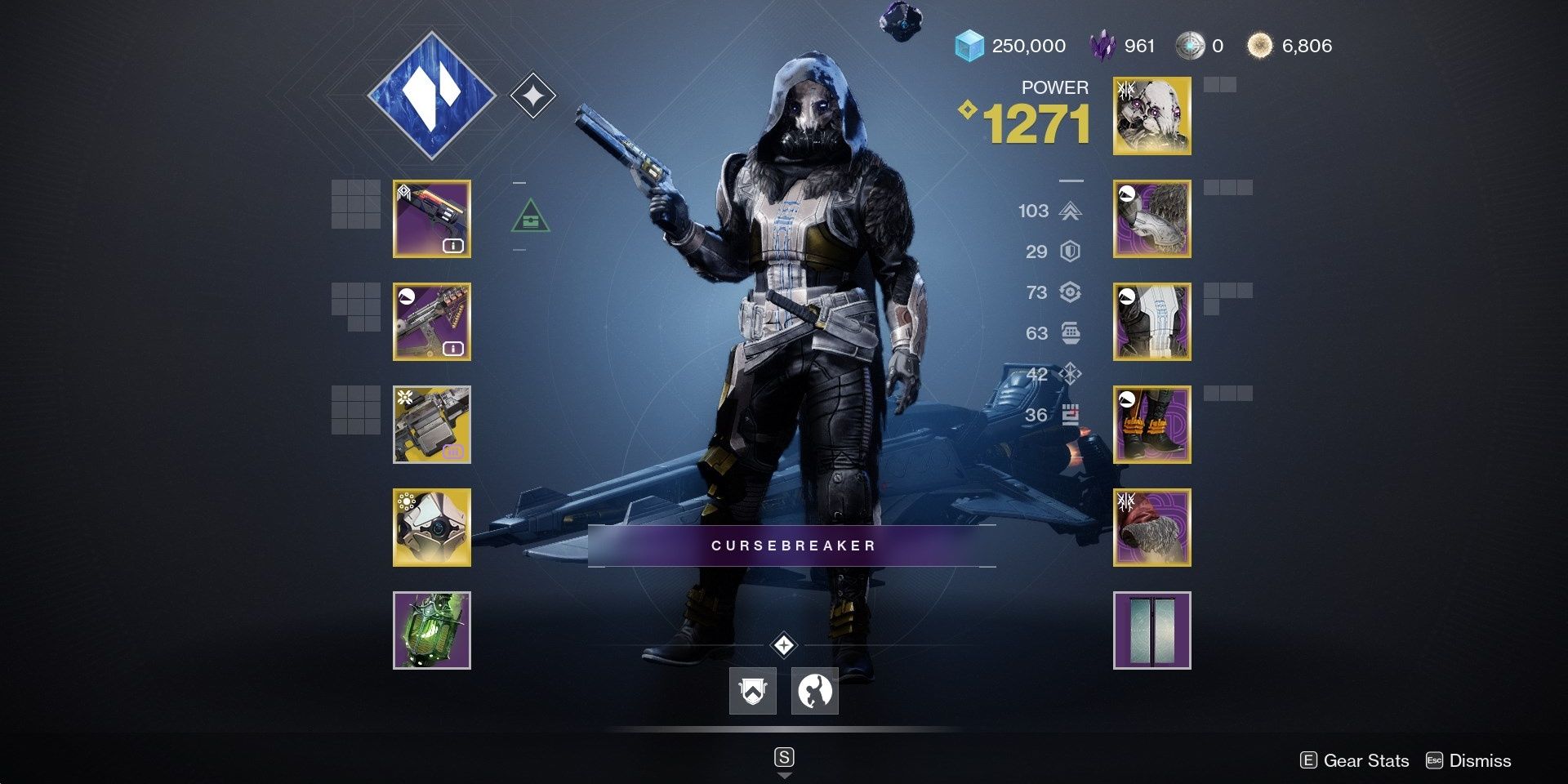 As with every other Master Lost Sector, Veles Labyrinth has a multitude of modifiers that make this Lost Sector much harder to complete. Excluding the random Master modifier and difficulty modifiers such as Match Game, here is what you can expect:

Only two Wizards appear during a Lost Sector run, both of which appear in the Hive Portal section. You will want at least one way of dealing with Solar shields to defeat the first Hive Wizard, which will spawn the boss and two Unstoppable Champions once slain. With how large the sightlines are in this Lost Sector, shields are a gamble when you’re not at 1,280 Power or above. The Lament is great if you can stay alive, but those that aren’t as durable should consider using Xenophage to take down Champions from a distance. 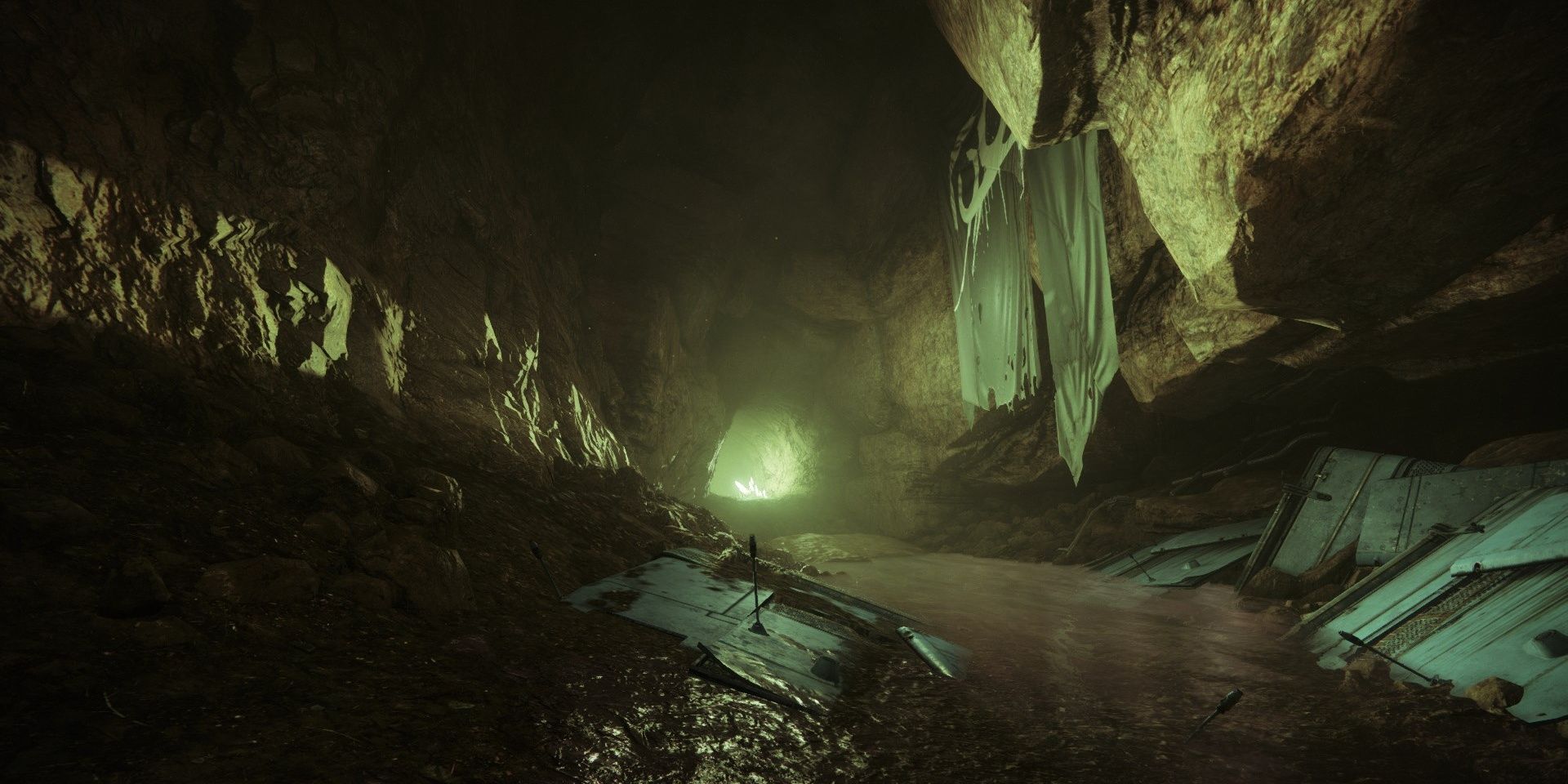 Start the Lost Sector by entering the tunnel directly in front of where you spawn. When it begins to bend left, a group of four Thralls will charge you. Take them down, then head down the right-most path until you reach the exit of the tunnel. Don’t leave the tunnel yet, however, as multiple Thralls and a Barrier Knight will charge you.

Now is an excellent time to throw a Duskfield Grenade or detonate a Warmind Cell, if you can spawn one. Focus on taking down the Barrier Knight when it enters the tunnel, using your Heavy weapon to take it down as fast as possible. If you’re using a Sword, consider stunning the Unstoppable Ogre outside of the tunnel before fighting the Barrier Champion.

Once all of the Thralls and the Barrier Knight are dead, an Unstoppable Ogre will be waiting directly outside of the tunnel. Use any weapon with Unstoppable Rounds to stagger it, then use your Heavy weapon to deliver the killing blow. Head out of the tunnel to enter the massive chasm, the next section of the Lost Sector. 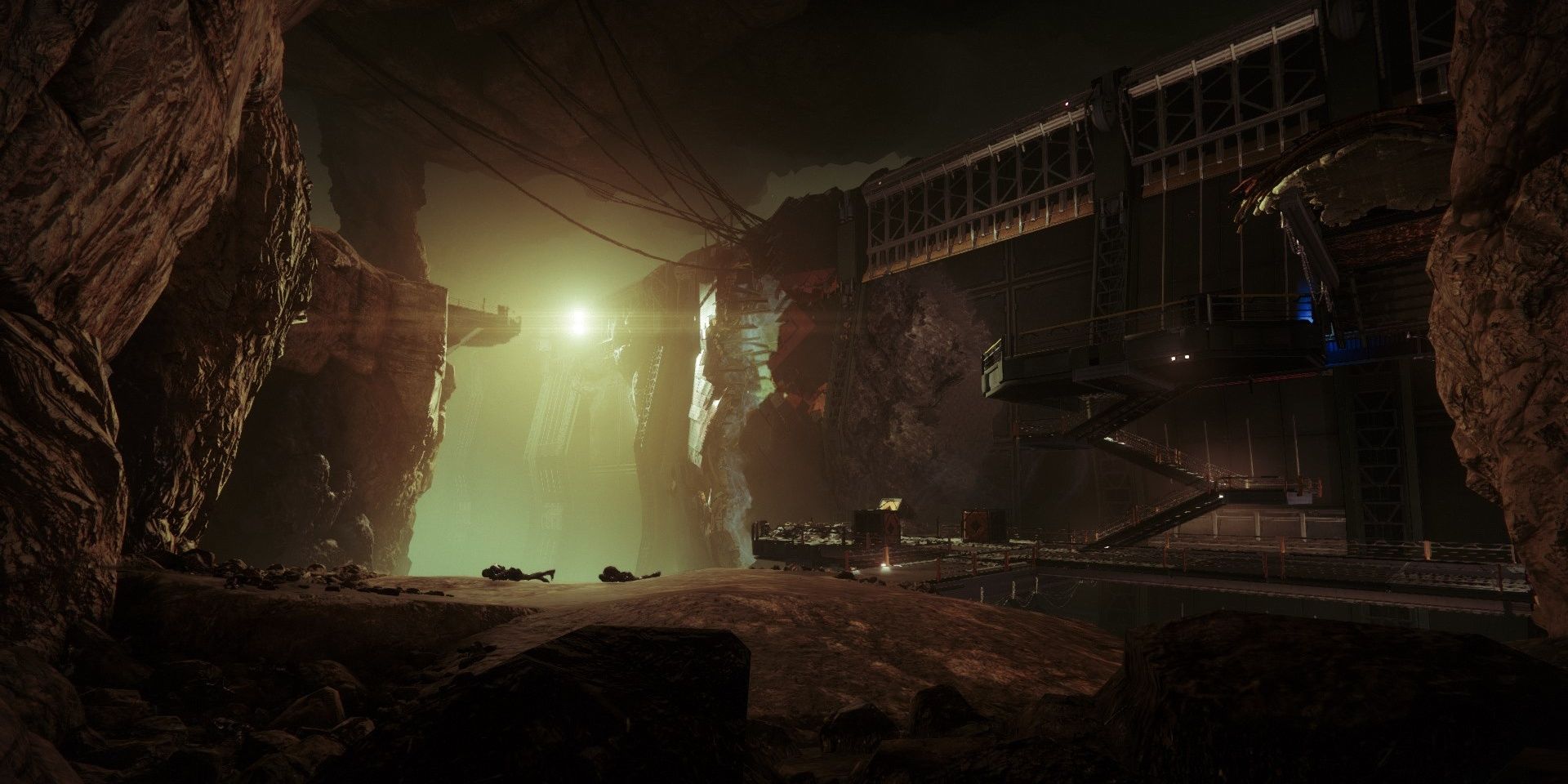 Directly to the right of the chasm is a set of stairs leading up to a Barrier Champion and a set of Acolytes. Take the stairs, stun the Barrier Knight by freezing it or breaking its shield, then take it down as fast as possible. If you kill the Champion up close with a Sword, a swarm of Thrall will rush behind you. Otherwise, slowly move up from the stairs to force the wave of Thralls to spawn. Use your Primary weapon or a Warmind Cell to take them down.

From where the Thralls spawned from, cross the Chasm and prepare your Unstoppable weapon. Around the corner will be an Unstoppable Ogre. Stun it with your weapon before killing it. Push forward to face the final set of Champions alongside the Lost Sector boss. 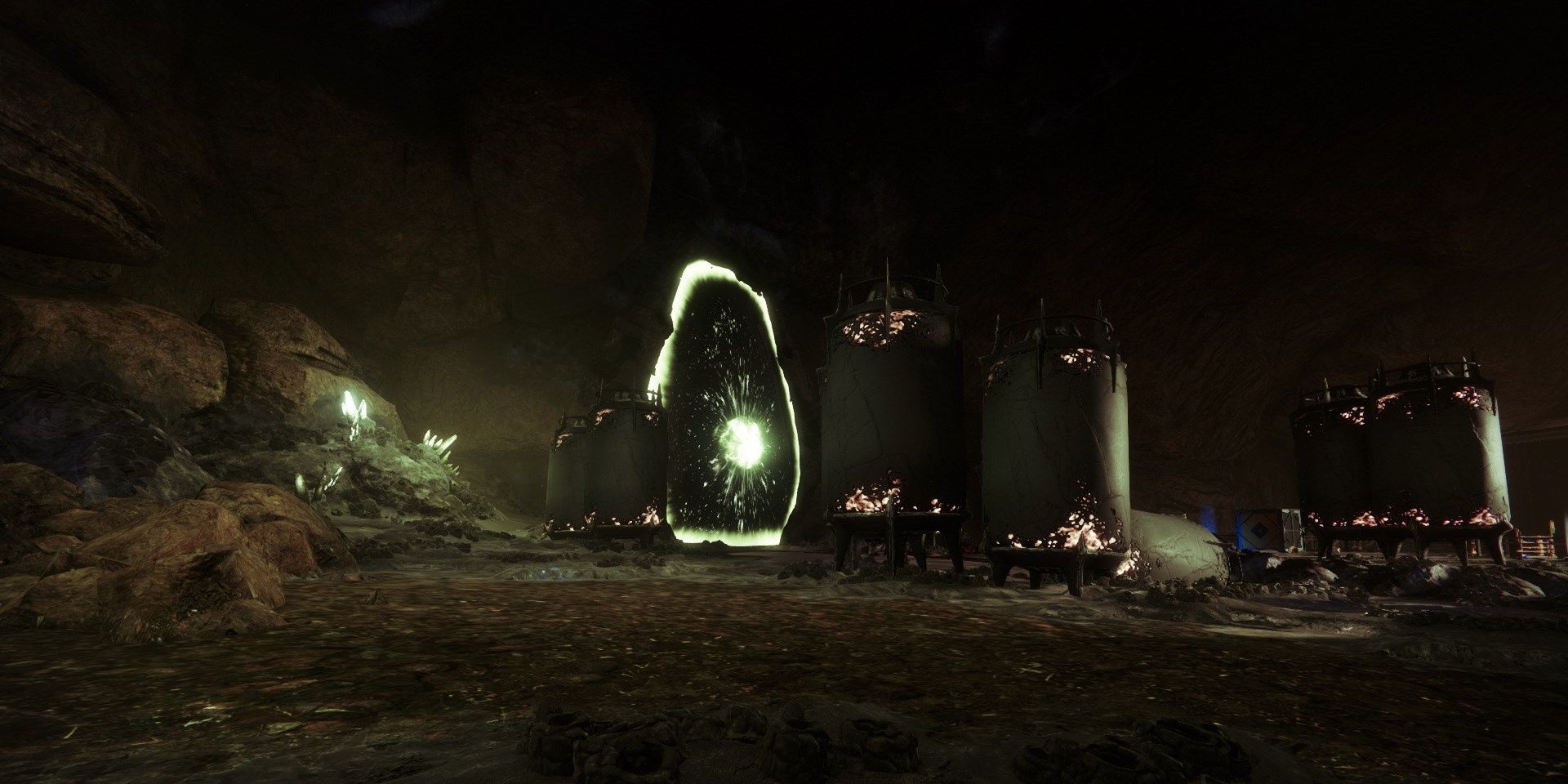 A Hive Wizard will be floating just before you reach the arena proper. Use a Solar weapon or ability to take its shields down, then land the killing blow with a Special or Heavy weapon. This will spawn a Hive Knight as the final boss alongside a massive wave of Acolytes and Thralls. Use a Warmind-compatible weapon to spawn a Warmind Cell and take the Hive enemies out.

Two Unstoppable Ogres will spawn soon after. Taking them out is a massive pain, so be sure to have a Super, Stasis ability, or some sort of crowd control ability at the ready. Use an ability to temporarily disorient an Ogre before stunning the second one with an Unstoppable weapon. Kill the second Ogre as fast as possible, back up, then stun the first Ogre.

Once both Ogres are dead, you can draw your attention towards the boss. Killing the boss will let you open the chest and receive Platinum rewards, although so many Hive rank and file enemies will spawn that it’s a good idea to take them out before opening the chest. The second Hive Wizard also spawns alongside these enemies, so be sure to have a Solar weapon or ability at the ready to destroy its shields. Regardless, take down the boss to open the chest and finish the Lost Sector run.

Next: Destiny 2: A Complete Guide To The Bunker E15 Master Lost Sector 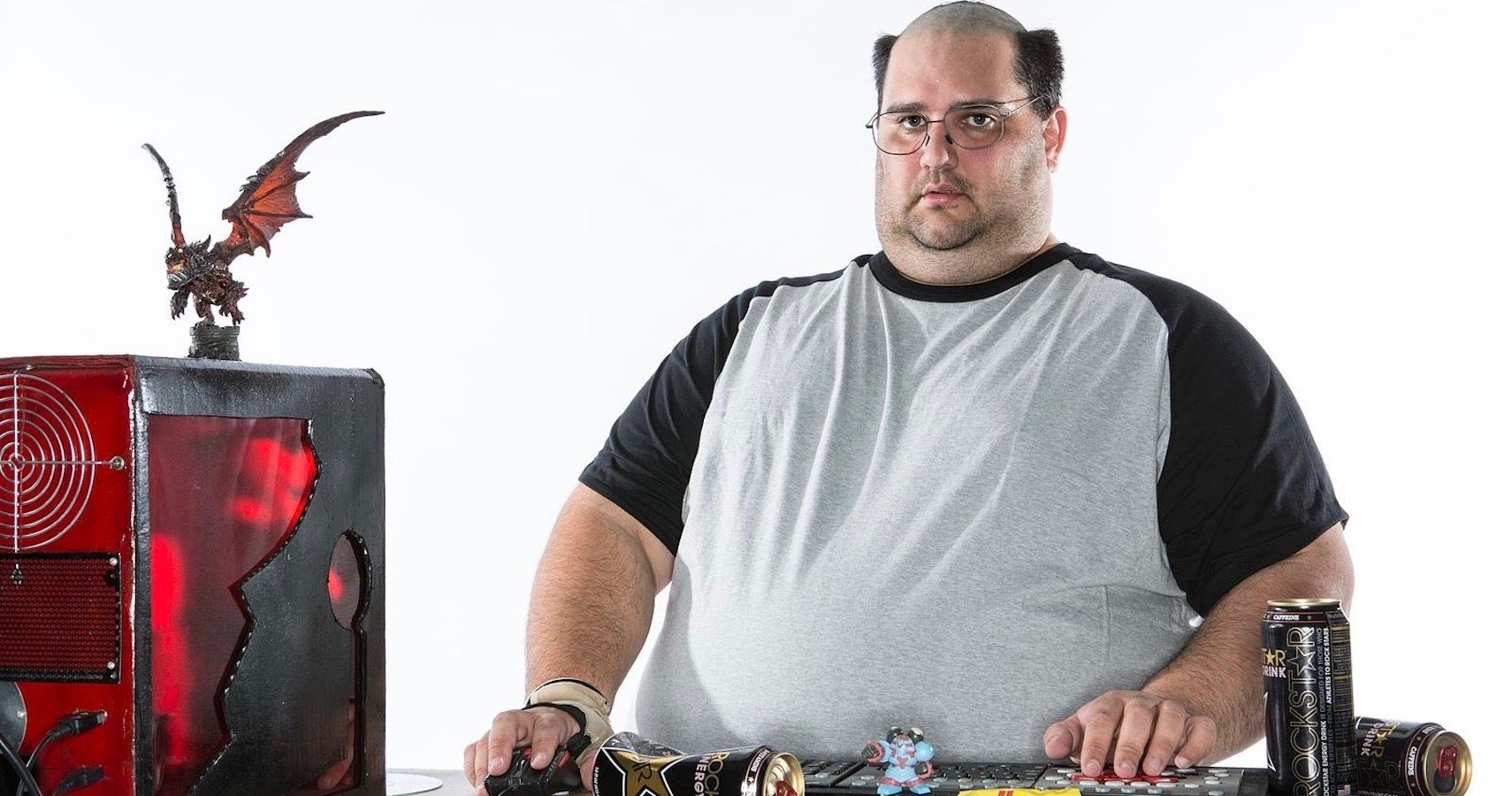