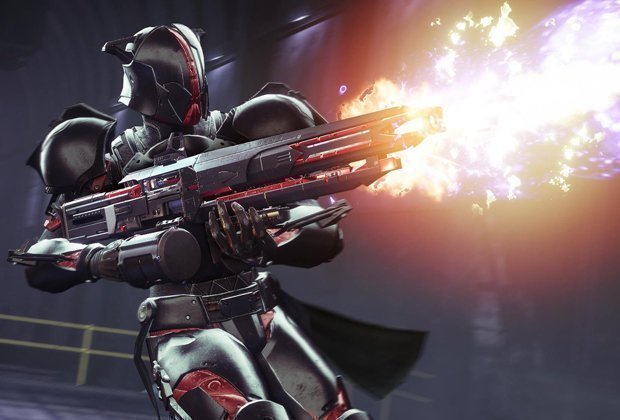 Destiny 2 Forsaken bought with it plenty of content, but here’s one you may have missed: every week following the Destiny Reset at 5 pm GMT on Tuesday, a new Ascendant Challenge will appear in the Dreaming City.

There’s lots of Powerful Gear on offer, but it’s certainly no easy task. In total, the game contains six ascendant challenges that rotate weekly. The Ascendant Challenge in Destiny 2 at the time of writing, is Week 6.

But this is only available for a few more hours, as it will soon be replaced by Week 1 following tonight’s ritual Tuesday Weekly Reset.

As with all of these Ascendant challenges, you’ll first need to pick up the Ascendant Challenge from Petra.

Plus, you’ll also require some “Tincture of Queensfoil”. This catchily-named consumable can be found by completing events like patrols, public events, bounties or simply opening chests in The Dreaming City.

You can also buy some from Huginn, a secret vendor which is actually a skull found to the north of the map – but these cost 50 Baryon Boughs.

Don’t forget, death within the Ascendant Challenge will throw you back to the Dreaming City – so make sure you’re prepared before starting out!

Keep reading for a quick guide that will help you prepare for the release of Week 1, later today. You’ll also find a handy video guide from Ninja Pups.

Week 1’s challenge is tucked in the Aphelion’s Rest Lost Sector. In the last room, you’ll need to use your “Tincture of Queensfoil” to allow you to see the Portal.

Jump on through to the other side of the portal and you’ll be transported to the Ascendant Plane location, Ouroborea.

Once you hop through, you’ll need to destroy some Taken Blights so that the crystals in the room become unshielded. Then you just need to smash the crystals.

As is usually the case, there are plenty of enemies between you and your goal, although it’s actually best to avoid them entirely for the most part – particularly the hulking Taken Knights.

If you’ve reached a high enough level to take some damage, you should be able to speed past as shown in the video above from Esoterickk.

Lower level Guardians needn’t worry too much though, just stay mobile and try to run around them where possible.

While this may sound easy, there are plenty of enemies between you and your goal, although it’s actually best to avoid them entirely for the most part – particularly the hulking Taken Knights.

Once all of the Taken Blights have been removed, the words “An Opportunity” will appear which signifies that the crystals are vulnerable to your attacks.

When they’ve all been destroyed, you can open the chest to complete the Ascendant Challenge – and by extension grab your shiny new powerful loot!

If you really still need reminding, completing the Ascendant Challenge also completes the Petra’s Ascendant Bounty, which can earn you some additional powerful gear.

As a reminder, following the release of Forsaken’s Season Of The Drifter expansion, players can now grind their way to the new level cap of 700.