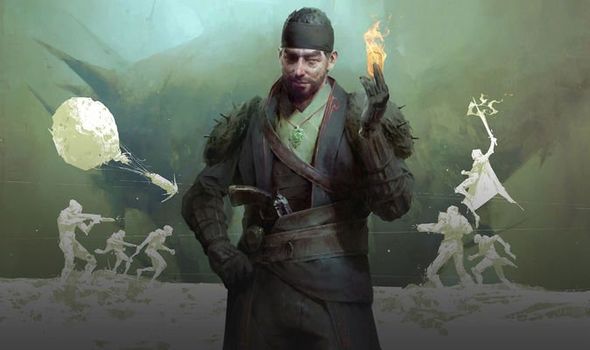 When Forsaken launched, and the Drifter was introduced, I found him to be an annoying character with very little about him. After a few weeks delving deeper into his story, I’m happy to say I’ve done a full 180 turn on his likability.

The fact that Bungie not only made me change my mind but also really got to make me care for the story shows that they are improving the content of the annual pass each time.

The amount of content that has dropped with this season is more than we’ve seen from any of the others previously. A new gear grind loop has been introduced with Gambit Prime and the Reckoning.

Gambit Prime has streamlined the Gambit experience while increasing the need for cooperation if you want to prosper.

Gambit Prime is tied to the narrative with the Drifter as you work more closely with the mysterious gentleman. AS you work through this new story, it unlocks the Reckoning, which plays out like a variation on a horde mode.

The gear you get here isn’t going to be beneficial in any other gameplay modes which means if you are grinding for these sets specifically, it’s because of the advantages it provides in Gambit Prime.

It’s nice to have something else to work towards and provides a much-needed variance to just picking gear based on power.

Speaking of power, the cap has increased once again to further require the need to grind out the best gear.

With each season this increase makes it harder for players to keep up. Luckily a quest line that should take no more than a few hours allows you to grind up to 640, making it easy for those who have stepped away for a couple of months to jump back in.

Something that does need to see a radical change is the randomness of gear providing power increases.

While RNG is always going to be necessary to keep players looking for that perfect bit of gear, those who grind out and complete all weekly content for the best drops can still be left wanting if they get the wrong gear drop.

This can be frustrating for those who want to be on the bleeding edge of content.

Where the season of the Drifter shows the most improvement and promise is in the way it conducts its storytelling. It starts somewhat slow, but as you progress, the intensity and stakes ramp up incredibly.

The Drifter has become one of the most compelling characters in the game and how his relationship with the Nine brings back some recognisable faces back into the story of the game.

We’re not at the end of the Drifters offering yet, with the season running well into May but as it continues, I have become more engrossed with how it’s all going to unravel.

There’s a lot to do in Destiny 2 right now, but I think it’s a welcome change that my focus has been pulled into how that is developing narratively rather than solely for the grind!