Yesterday, Bungie teased us with a video of a pulse rifle and sniper rifle frozen in Europa’s ice, the new location scheduled to arrive with Destiny 2: Beyond Light. Today, they’ve shattered that ice to show us both new Exotic weapons in action as well as a whole bunch of new Exotics that are only just being revealed now.

Starting with the No Time To Explain Exotic pulse rifle, this gun returns ammo to the magazine for precision hits against Stasis-afflicted targets. Better yet, the more precision hits you get, the more bullets will be summoned from another dimension thanks to a small portal that floats beside you. This effectively acts like a Stasis Arc Soul, firing little stasis bullets as you continue to peg enemies in the face.

That sniper rifle from yesterday is called Cloudstrike, and for a good reason: precision hits cause a lightning strike on the target. Sort of like Thunderlord if it were a sniper rifle shaped like a fishing pole instead of a machine gun. 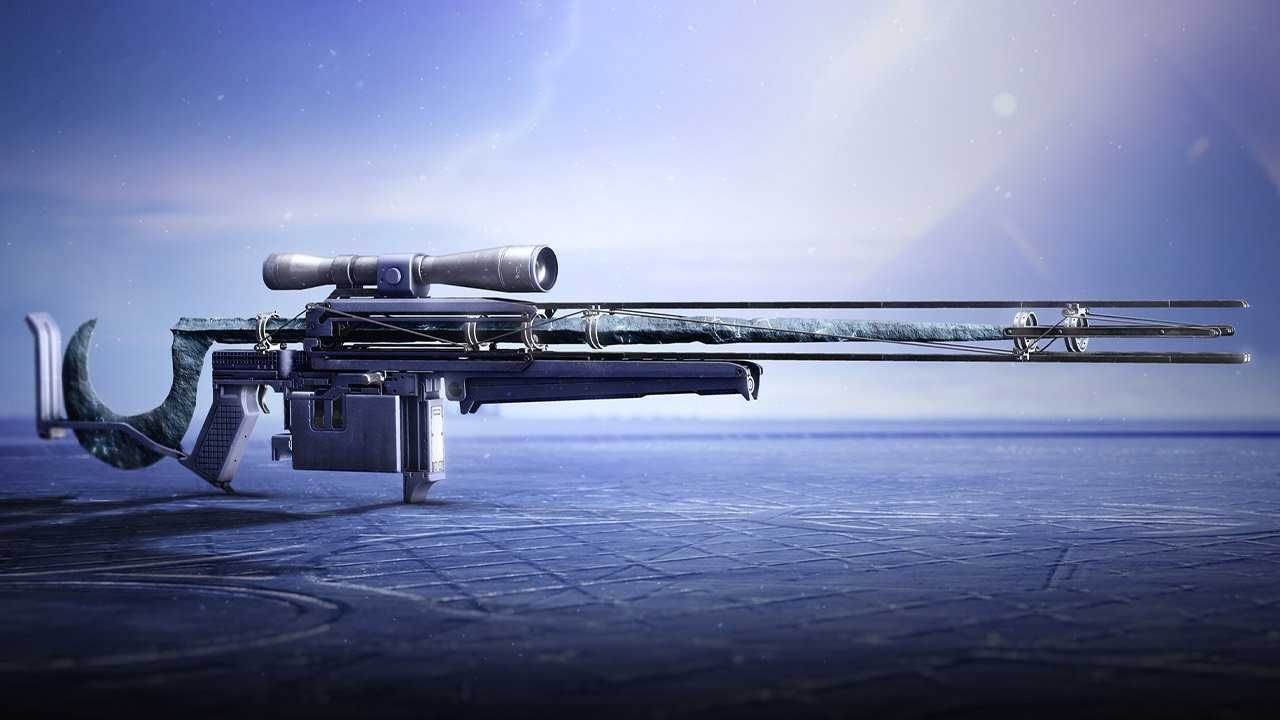 Two more weapons were shown in today’s trailer, including The Lament, a chainsword that cuts through barrier shields and heals the wielder, as well as Salvation’s Grip, a heavy grenade launcher that fires Stasis Grenades to freeze enemies that it doesn’t immediately kill.

Each of Destiny 2’s classes is also getting two new Exotic armors each in keeping with previous expansions. Titans receive Icefall Mantle gauntlets, which replace their barricade class ability with an overshield, as well the Precious Scars helmet. This causes a shielding aura to be emitted by the user after reviving a fallen teammate.

Hunters receive the Mask of Bakris mask and Athrys’s Embrace gloves. The mask replaces the Hunter’s dodge ability with a Warlock-style teleport, only it’s on the ground instead of the air. The gloves give bottom-tree solar Hunters a “superior weighted knife” that makes it ricochet off walls and solid objects.

Beyond Light arrives November 10, but expect a few more surprises before then.