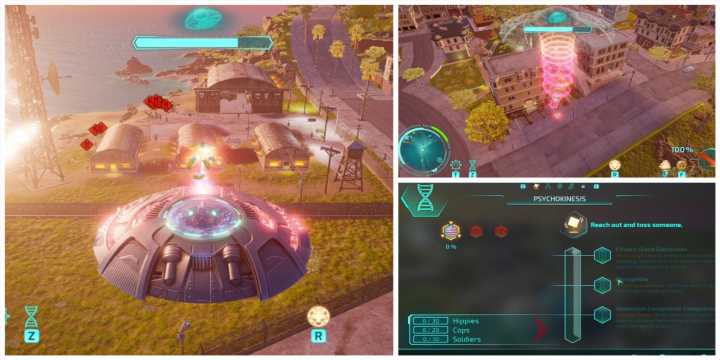 In the beginning, Destroy All Humans 2: Reprobed is an anarchic walk in the park. But as you go on the difficulty starts to scale and the threats that get thrown your way only get tougher. Even on the normal difficulty, it can turn into a bit of a slog, especially against the tanky Blisk.

Thankfully, there are many tools in your spaceship to squash anything that gets in your way. One handy gadget that you definitely want to get acquainted with fairly early on is the Gene Blender. This high-tech dicing machine can turn our “hero” Crypto from a small-time psychic into a mental manipulation god in no time at all. To help you make the most of this unique piece of tech, here’s a handy guide to the Gene Blender in Destroy All Humans 2: Reprobed.

What Is The Gene Blender? 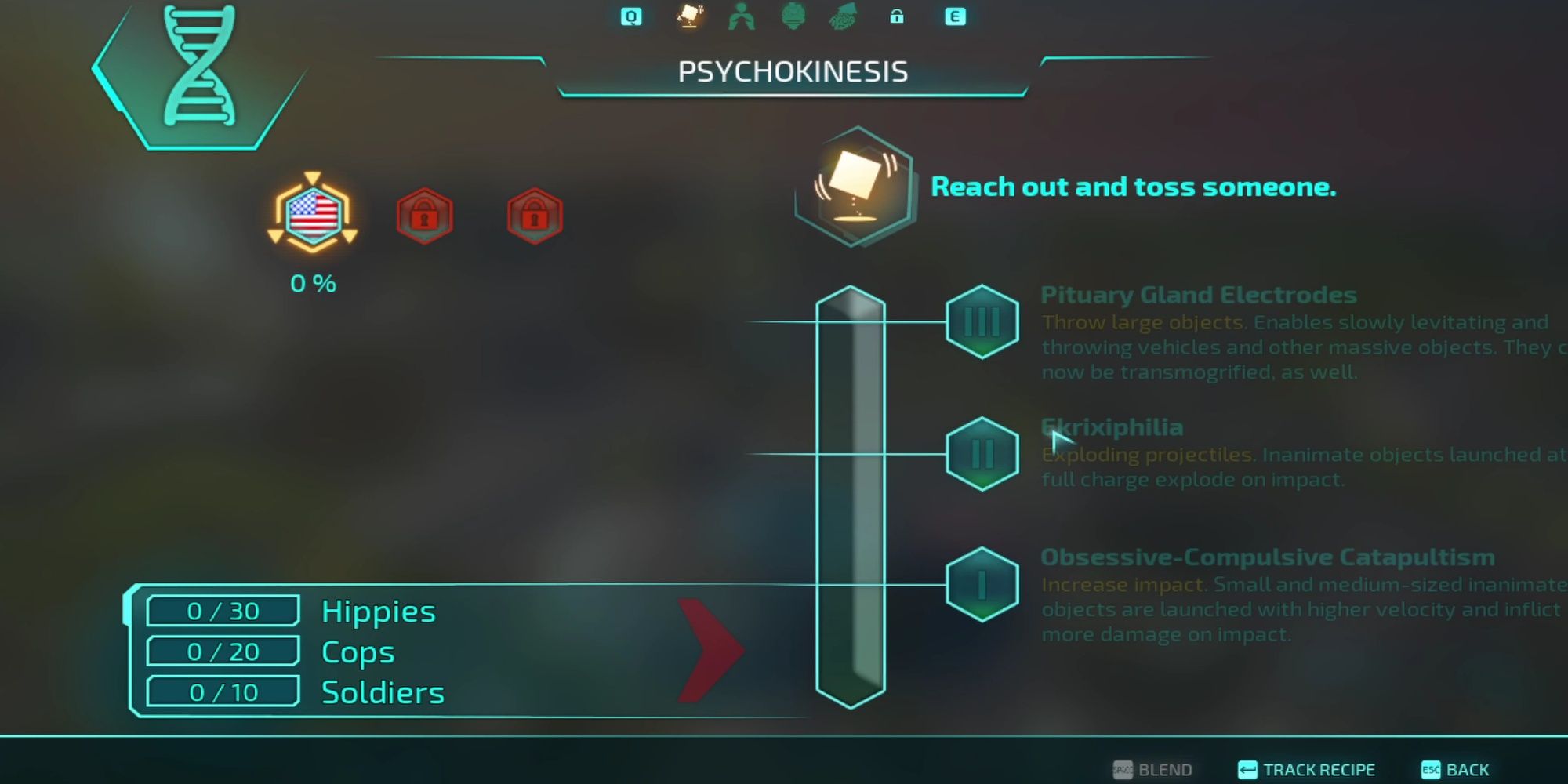 For those not familiar with this sinister-sounding subject, the Gene Blender is a pretty brutal bit of kit. It’s essentially a giant blender inside of Cryptos spaceship that slices, dices, and liquidizes anyone that’s abducted by the UFO. This sickly people soup is then used to enhance our protagonist's psychic abilities.

However, it’s not as easy as sucking up everyone in sight as specific enhancements require a particular type of person. For example, lower levels of Psychokinesis and Bodysnatch require Hippies, Cops, and Soldiers whilst higher tiers will need Mafia, Scientists, KGB Agents, and more. The recipe for each upgrade is shown inside the Gene Blender menu within the UFO. So if you’re unsure on what to grab just check there.

When To Use The Gene Blender 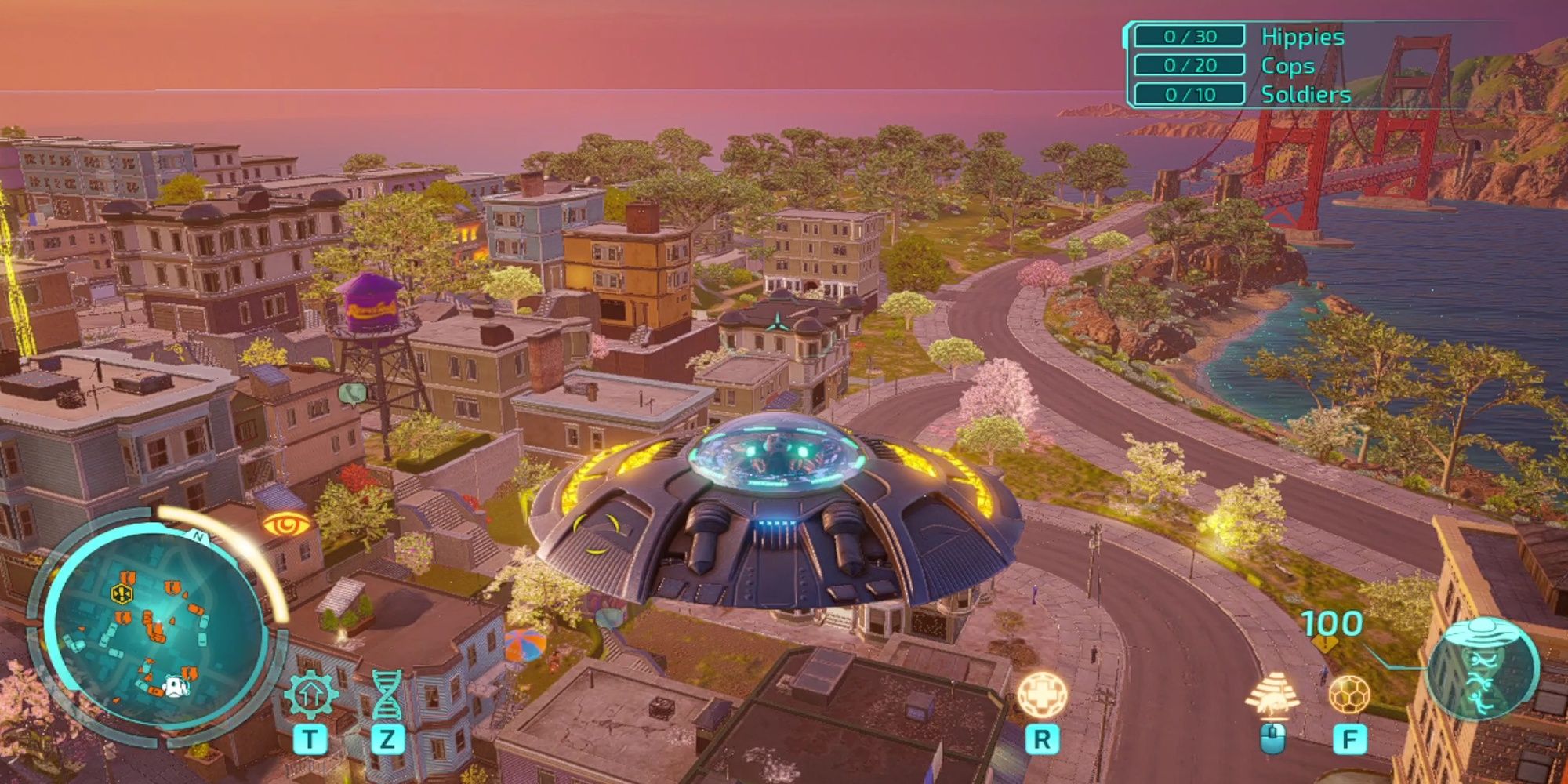 With so many options for mayhem available, with even more loaded on as you play through the campaign, it’s easy to forget you have the Gene Blender. Ideally, you should be grinding through its objectives as early as you possibly can. Doing so will help you blow through the story faster and hopefully help avoid some brick walls to progression later on.

The Gene Blender can be accessed after completing your first UFO mission, which is extremely early on so you’ll be able to hit the ground running. The majority of your initial upgrades will require Hippies, Police, and KGB agents. Luckily these are plentiful in the first location so it shouldn’t take long to knock out some of the starter upgrades. 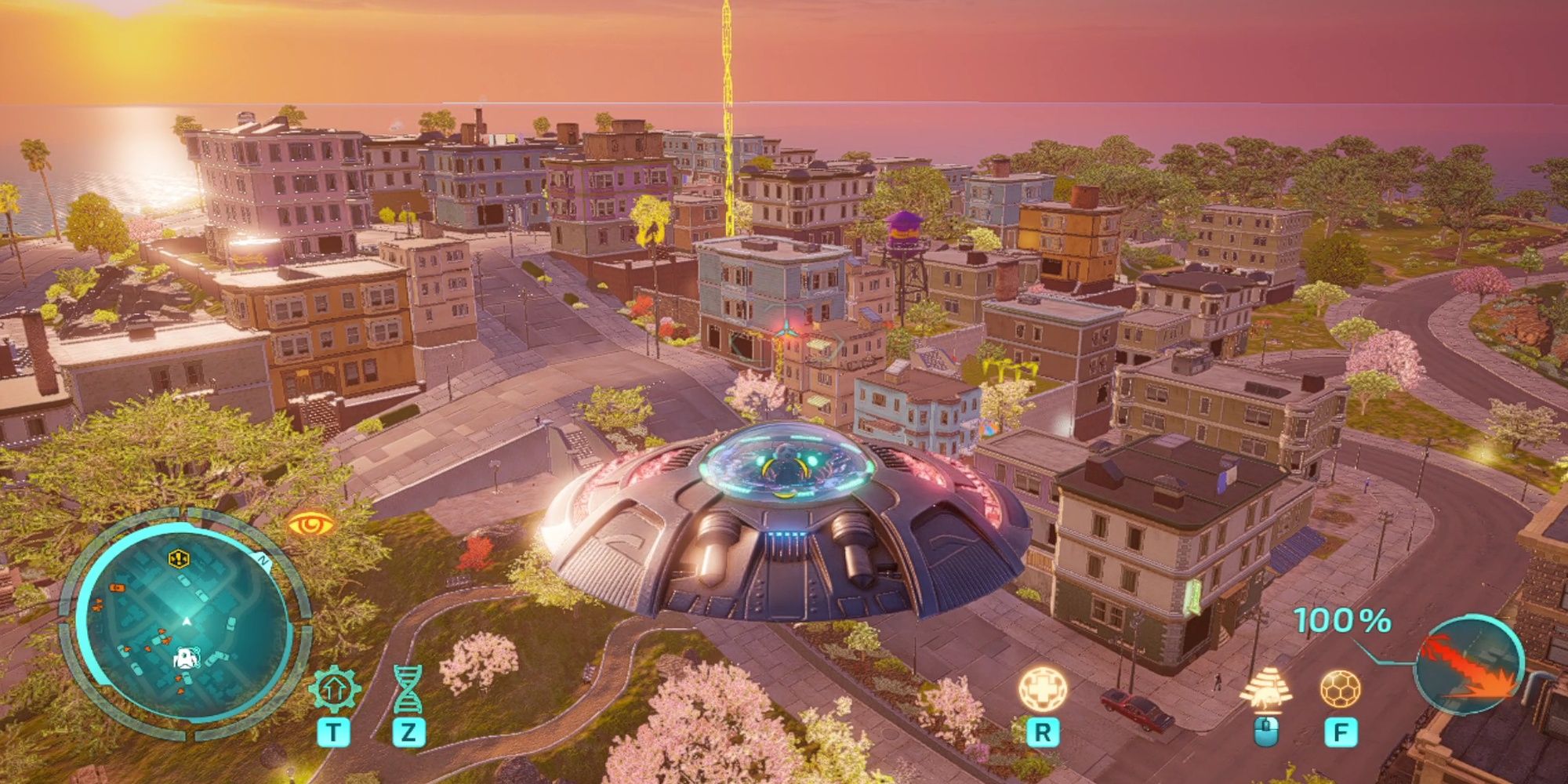 The Gene Blender is pretty straightforward to use and doesn’t require a lot of technical know-how. Just press the button, fly past and watch the humans get sucked up like screaming dust balls into a gigantic hoover.

But there are a few handy tips for beginners that are worth knowing for those that are still struggling to wrap their heads around this sadistic sci-fi sidequest. So here are a couple of insider tricks for making the most of the Gene Blender in Destroy All Humans 2: Reprobed. 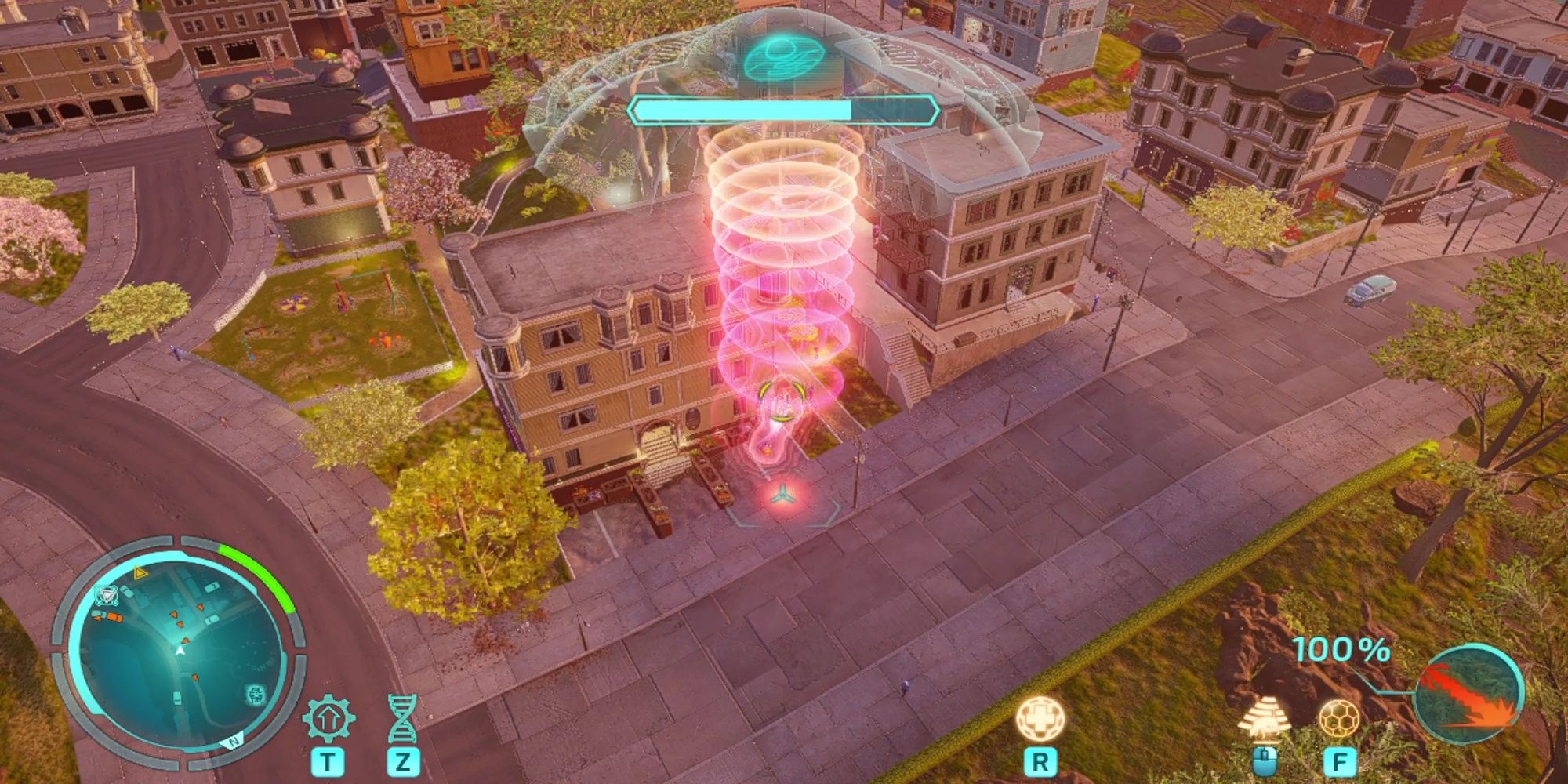 It may seem simple, but tilting the camera whilst you’re abducting targets is the most helpful thing you can do. Normally when you activate your abduction beam the camera sits right behind the UFO. But with a button press, you can see exactly what you’re holding the ray over.

This makes specific targeting and vacuuming up victims a lot easier. It also helps you keep track of how many individuals were pulled howling and spinning into your onboard person juicer. It’s something that’s often overlooked, but it can speed up your sessions if you’re grinding out upgrades with the Gene Blender. 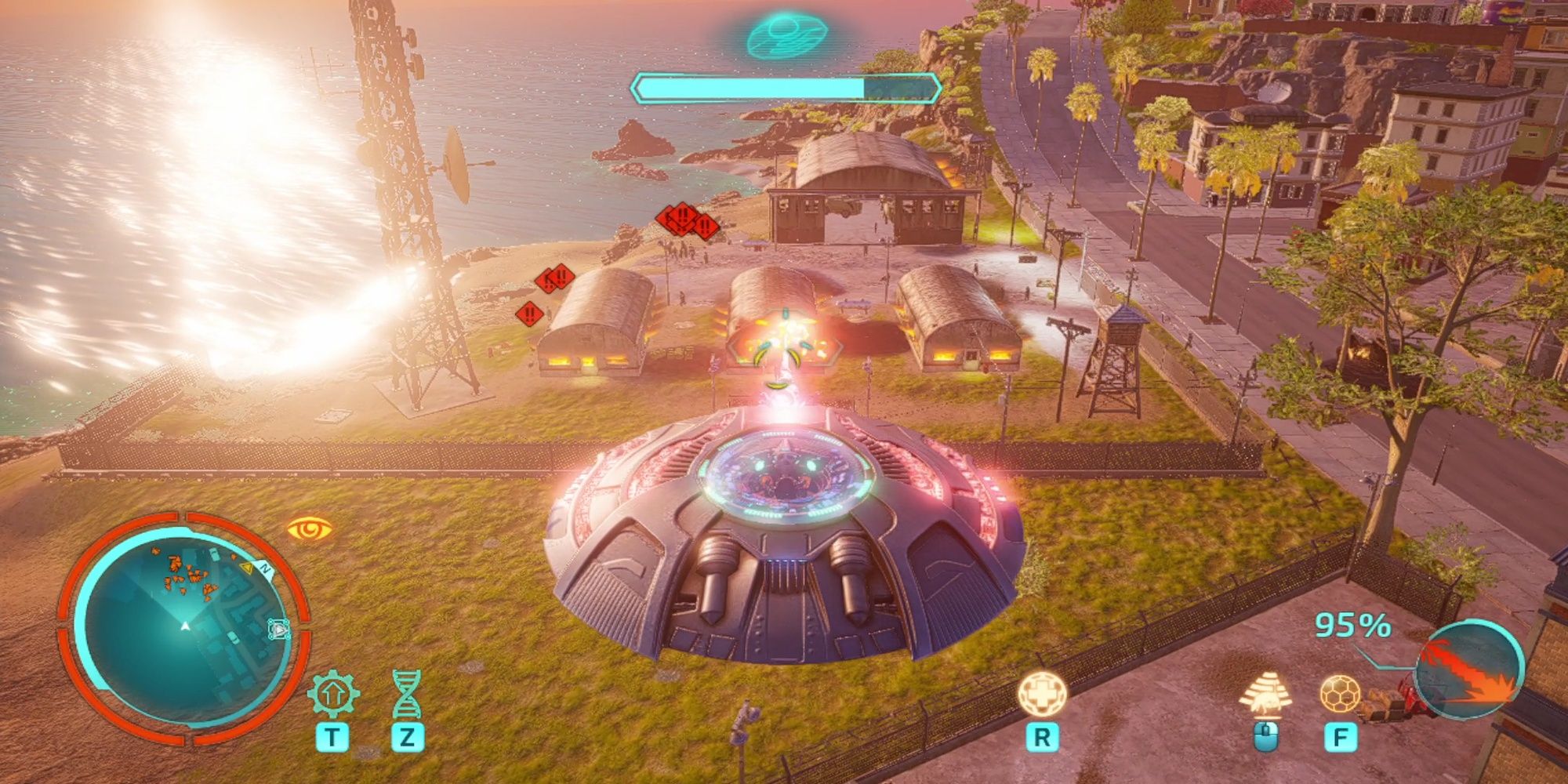 Normally buildings in an open-world game are static landmarks. They’re there to make a cityscape seem tall and foreboding or fill out some of the emptier parts of the map. However, in Destroy All Humans 2: Reprobed you can blast everything to smithereens if you so wish. Either through using your alien arsenal on foot or by unleashing one of the various flavors of doom from above with your UFO.

Doing so if you’re looking to get upgrades with the Gene Blender is highly recommended. Because the more buildings you break, the higher your heat meter becomes, and just like in GTA the game will start throwing stronger and stronger threats your way to stop your rampage. This isn’t a bad thing as it can help you get ingredients quicker. For example, destroying KGB hideouts spawns more agents, whilst attacking Army Bases drops more Soldiers in your vicinity. So keep an eye out for buildings that are worth burning if you’re in need of Psi upgrades.

You Can’t Get All The Upgrades At Once 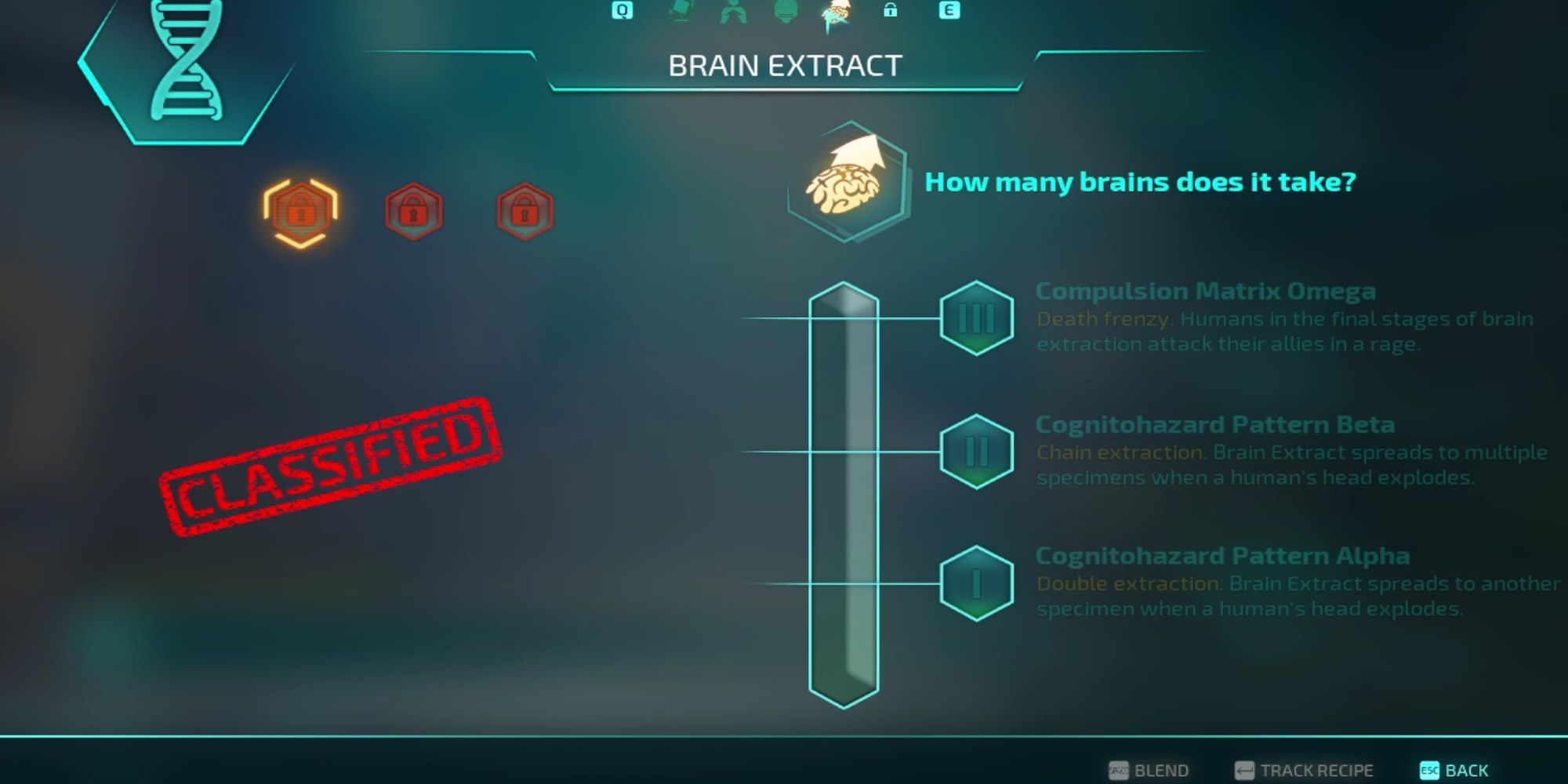 There are a lot of upgrades inside the Gene Blender and you can bash out most of them fairly early on to give yourself an extra edge over some of the harder missions later. Though unfortunately, you can’t stack the deck too much in your favor early on.

Some of the upgrades require people parts that you’re not going to have access to until certain points in the story. As an example, if you need Yakuza you won’t be able to suction them up until you get to the part in the campaign when you encounter them. A good tip is to upgrade as much as you can afford as you go. Doing so will keep you at an even strength level as the game progresses.

Don’t Worry About Being Spotted 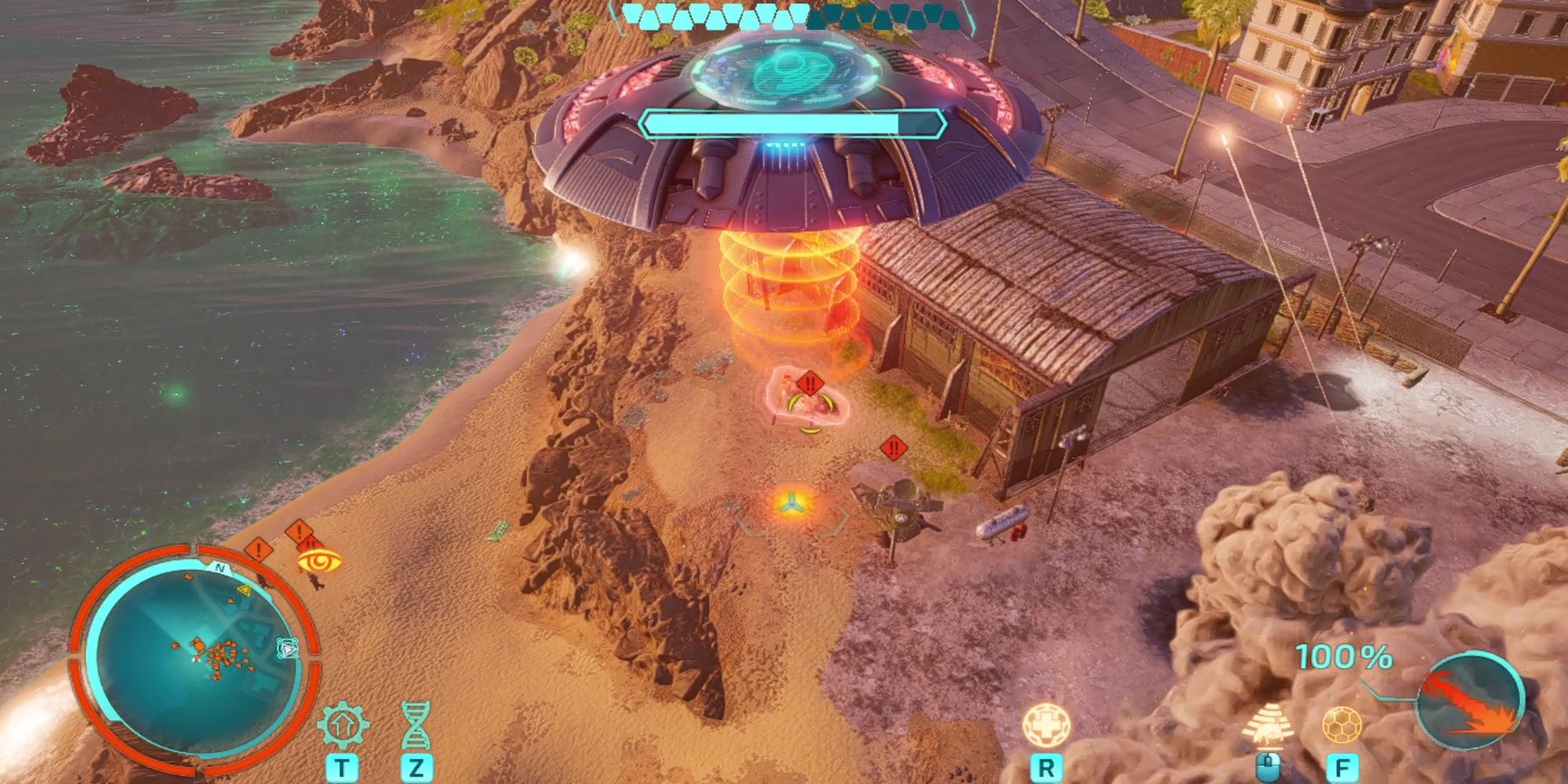 Though the game may make a big deal about being spotted by the humans as you’re running around, especially in the UFO, it’s not something you should really worry about. The humans will send plenty of anti-aircraft rounds in your direction to discourage your rampages. But, thankfully you’ve got plenty of deterrents to keep yourself safe.

For starters, there’s a repulsor weapon that sends out a large blast of force that will send rockets tumbling away. You can also use your death ray to deal with anything else or just leave the area momentarily, wait for the cloak to kick in, and come back. So go nuts, grab whoever you want, and don’t worry if the local populace starts getting violent.