Cyberpunk 2077 hit stores and hard drives for all major consoles yesterday, and we found out pretty quickly that the game runs great on high-end PCs, but very not great on the base PS4. Frame rates, slowdowns, and crashes were all reported, and the initial images and videos that came out didn’t do anything to improve Cyberpunk’s reputation.

Now, Digital Foundry has their analysis confirming the worst for the PS4 version of Cyberpunk 2077, comparing the game to a bad Switch port.

Starting with resolution, Cyberpunk 2077 starts at 900p and then scales all the way down to 720p where it will actually spend most of its time. Combine that with temporal anti-aliasing (TAA) and the game has a generally washed out, blurry look to it, sort of how The Witcher 3 port runs on the Switch. 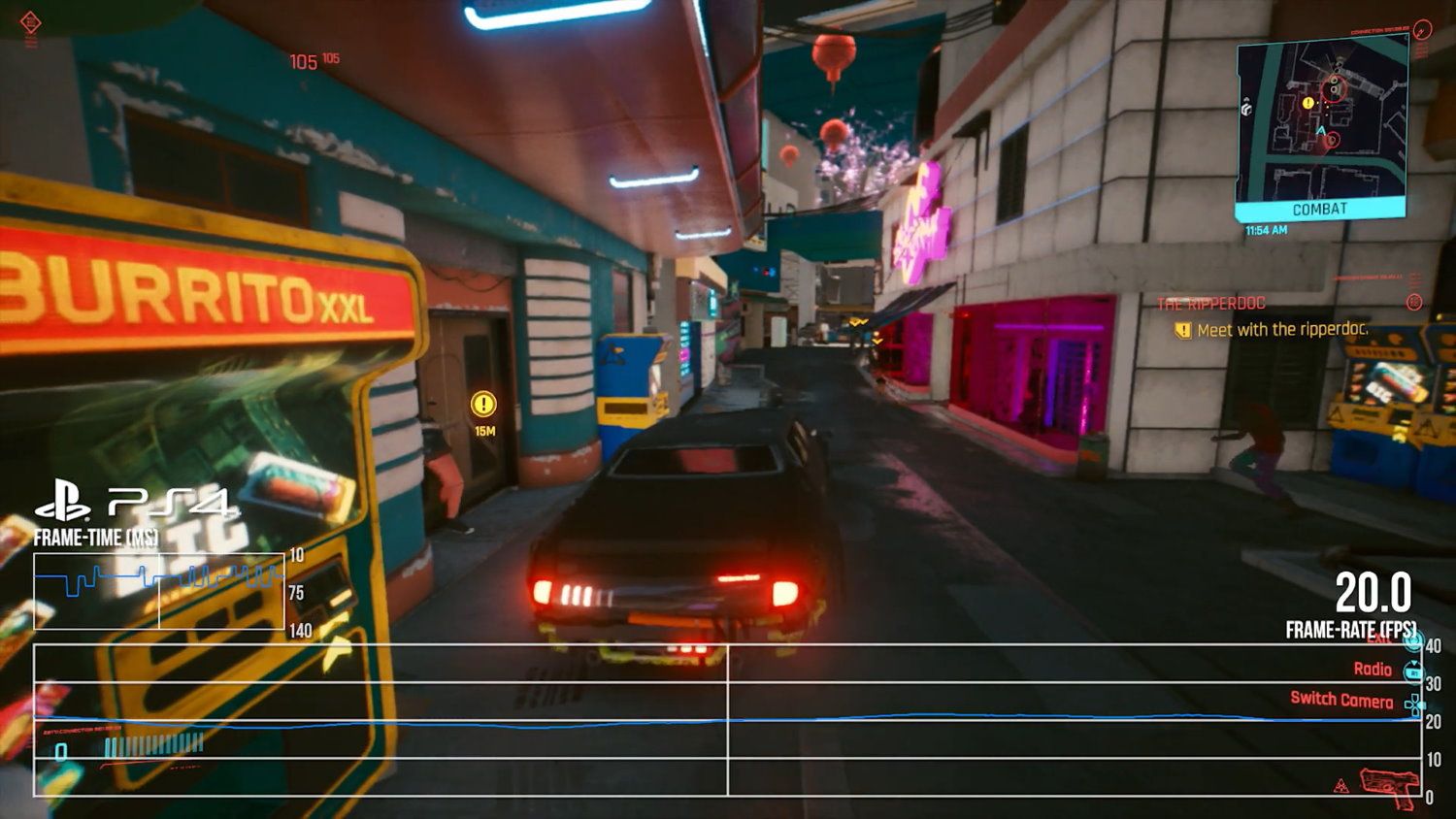 Framerate isn’t any better. Cyberpunk 2077 targets 30fps on the PS4, but it often struggles to achieve it. Things aren’t so bad during indoor shooting scenes, but they get way worse during the first car chase and in the open city areas. Even with Night City populated by a mere fraction of the NPCs that would be present in the PC version, Cyberpunk 2077 on the PS4 seems sparse and barren.

Worse still, Digital Foundry reported that the game crashed four times during their review: three times just walking up and talking to Jackie, and once again during a later fight scene.

On the PS4 Pro, things get a little better. Resolution scales between 1188p and 972p, although there’s very little difference between the two older PlayStations when it comes to shadows or draw distance. The PS4 Pro manages to stick a little closer to the 30fps target but still drops to the mid-20s as soon as V steps into a car.

And of course, “Compared to the PC version, this is hugely cut down.” Lighting, colors, and visual effects are all worse, with lots of texture pop-in that sometimes never really pops in all the way.

DF notes that CD Projekt Red has a good happy of eventually getting things to run as smooth as they possibly can on pretty much all their games, although they also point out that CDPR is far more likely to pour resources into the next-gen consoles rather than older generations of the PS4 and Xbox One.