Disgaea 6 has a lot of characters and almost as much DLC. Whether you want unique characters, cameos, player-made classes, or even just Vtubers, Disgaea has you covered. PolPol is one such character, and she might just be good enough to bring along the next time you go out killing.

Witches in Disgaea are incredibly powerful characters. They have access to amazing abilities, and they can tackle just about any threat due to their elemental expertise. PolPol being a buffed Witch makes her very appealing. But what exactly does she bring to the table, and why is she better than a standard Witch? 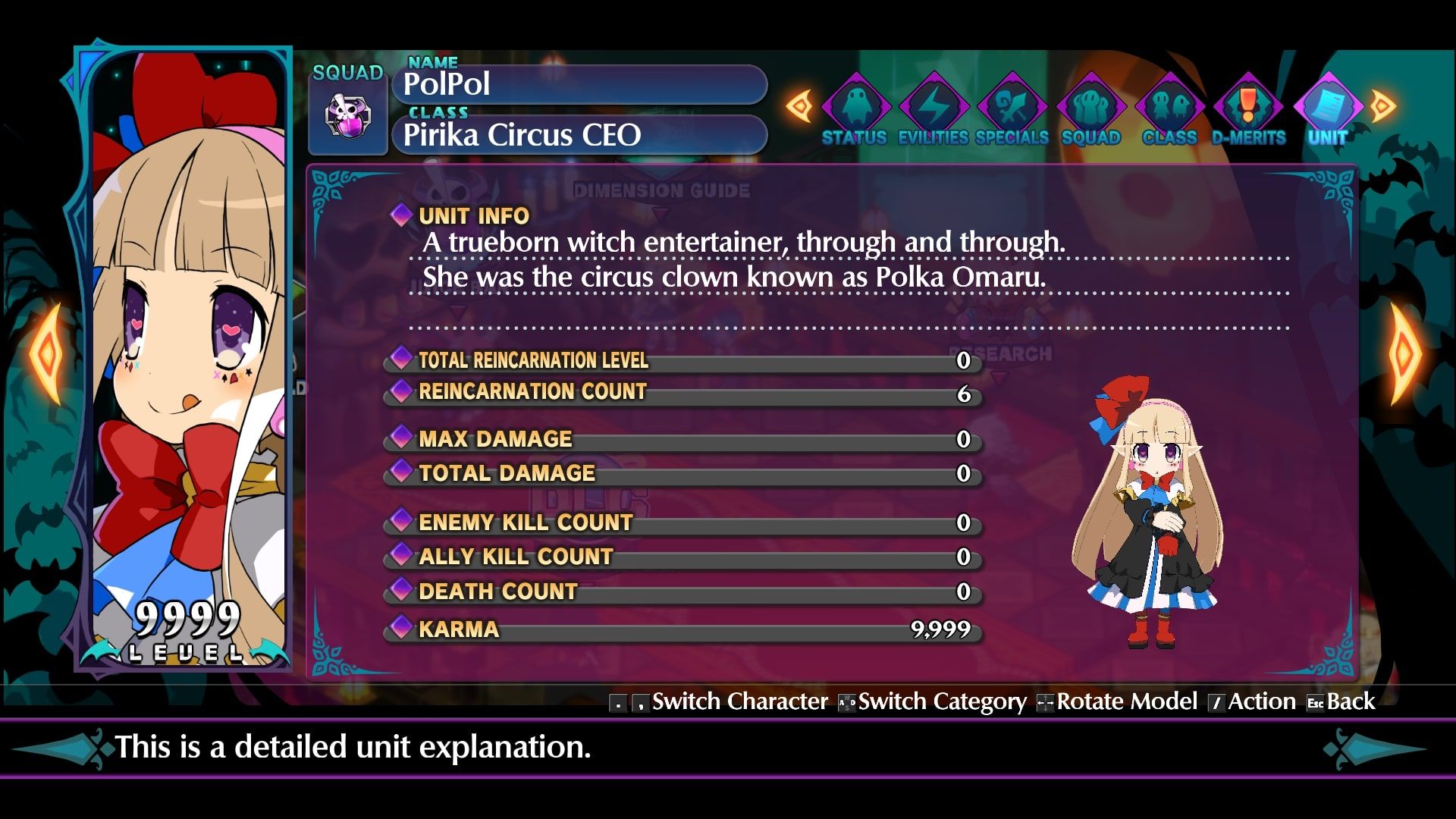 PolPol is part of the Vtuber DLC and was once known as the circus clown Polka Omaru. For one reason or another, she found herself in the Netherworld and now she entertains people as a Witch. She also has the power of a thousand suns, which is always a nice bonus. 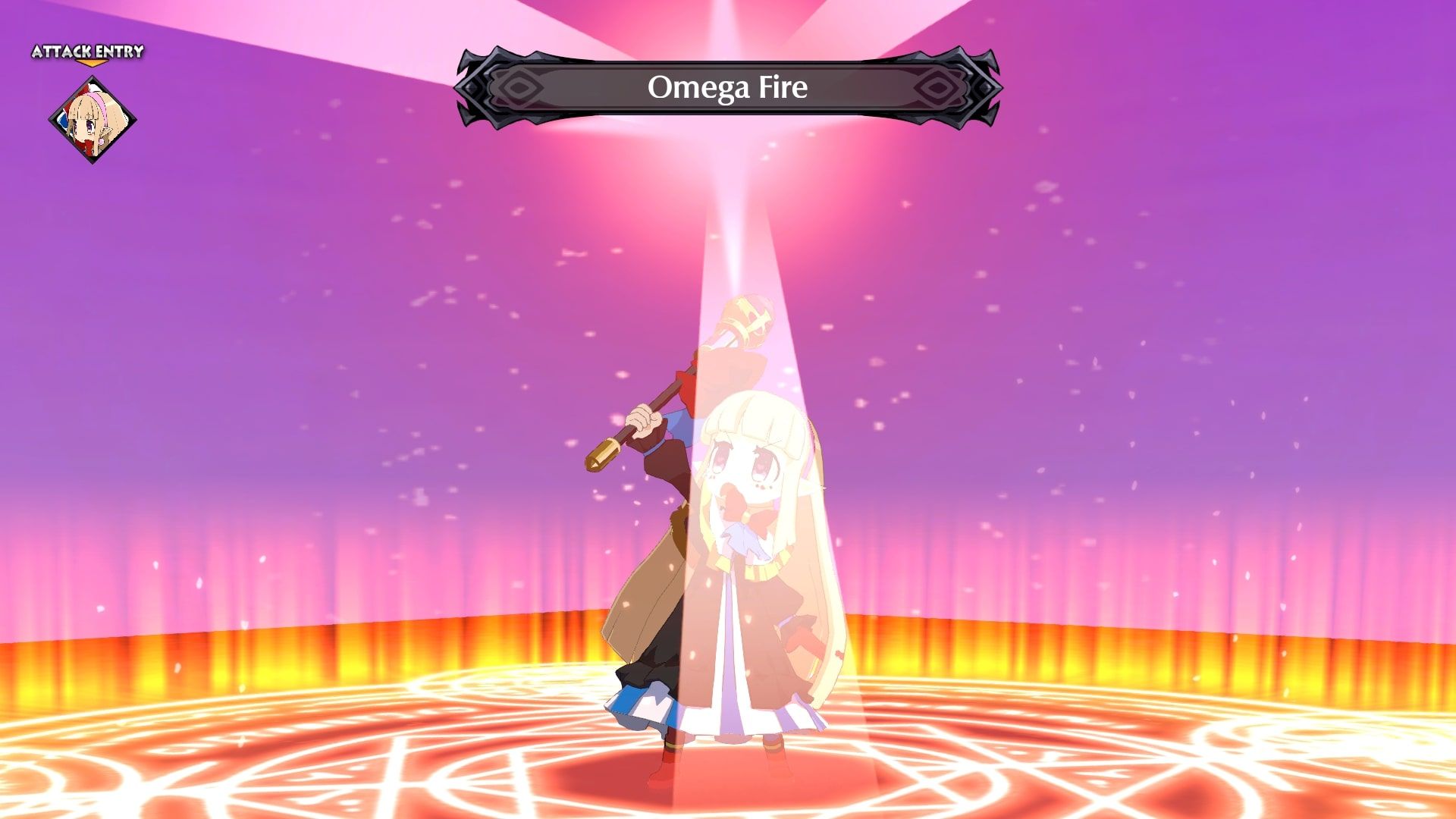 Simply put, Witches are too good not to use. PolPol is a Witch, and that alone should be enough to sway you. What makes PolPol even better is her access to all three elemental magic types from the get-go, a weakness to no element, and boosted masteries. Bringing PolPol saves you an awful lot of hassle.

She also comes in at level 2000, which makes her amazing in the early game. 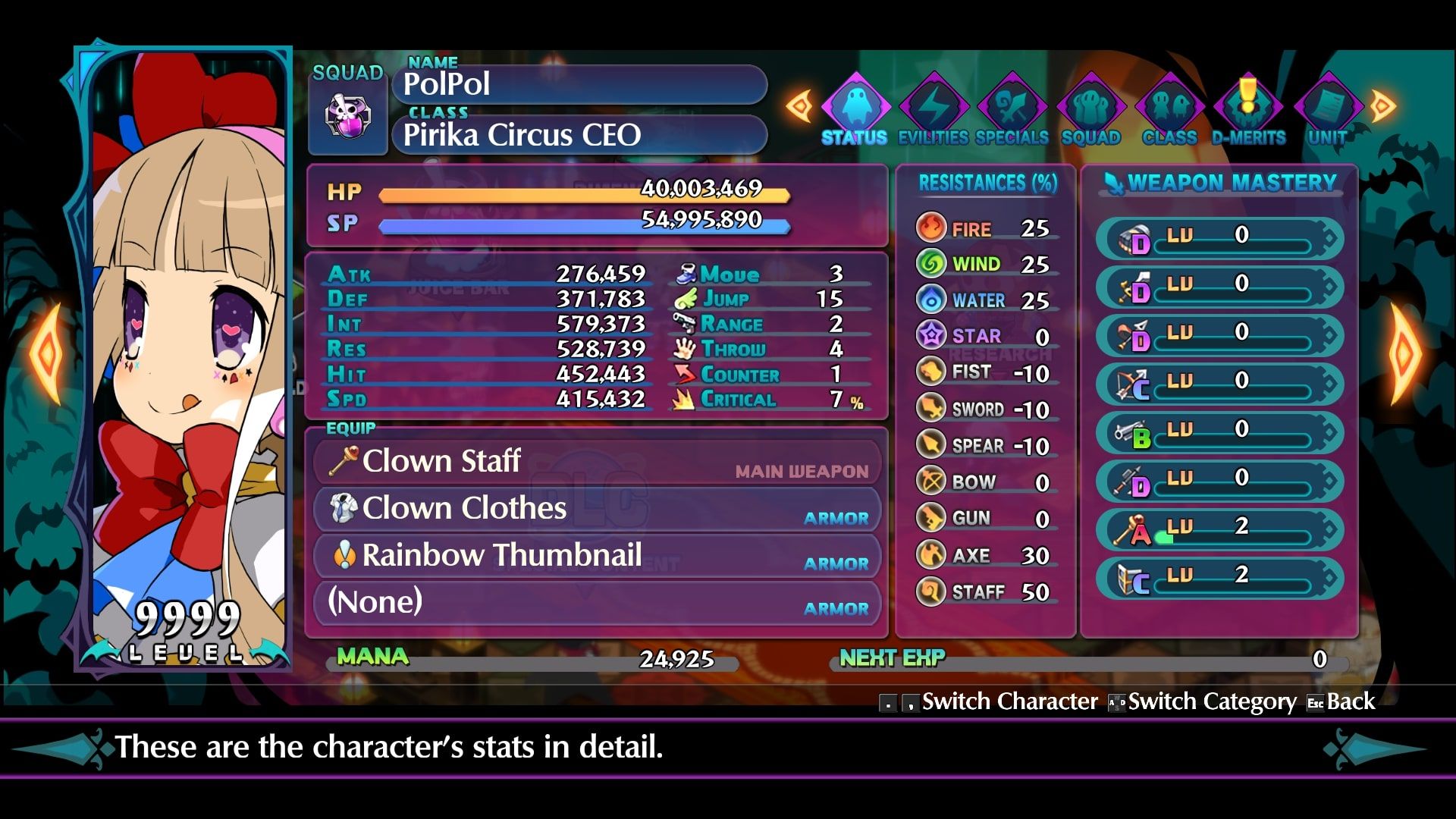 PolPol being a Witch leaves only one weapon worth considering.

Of course, we are talking about staves. Staves grant buckets of INT, and this makes all of PolPols attacks more powerful. There is no reason to take anything else. 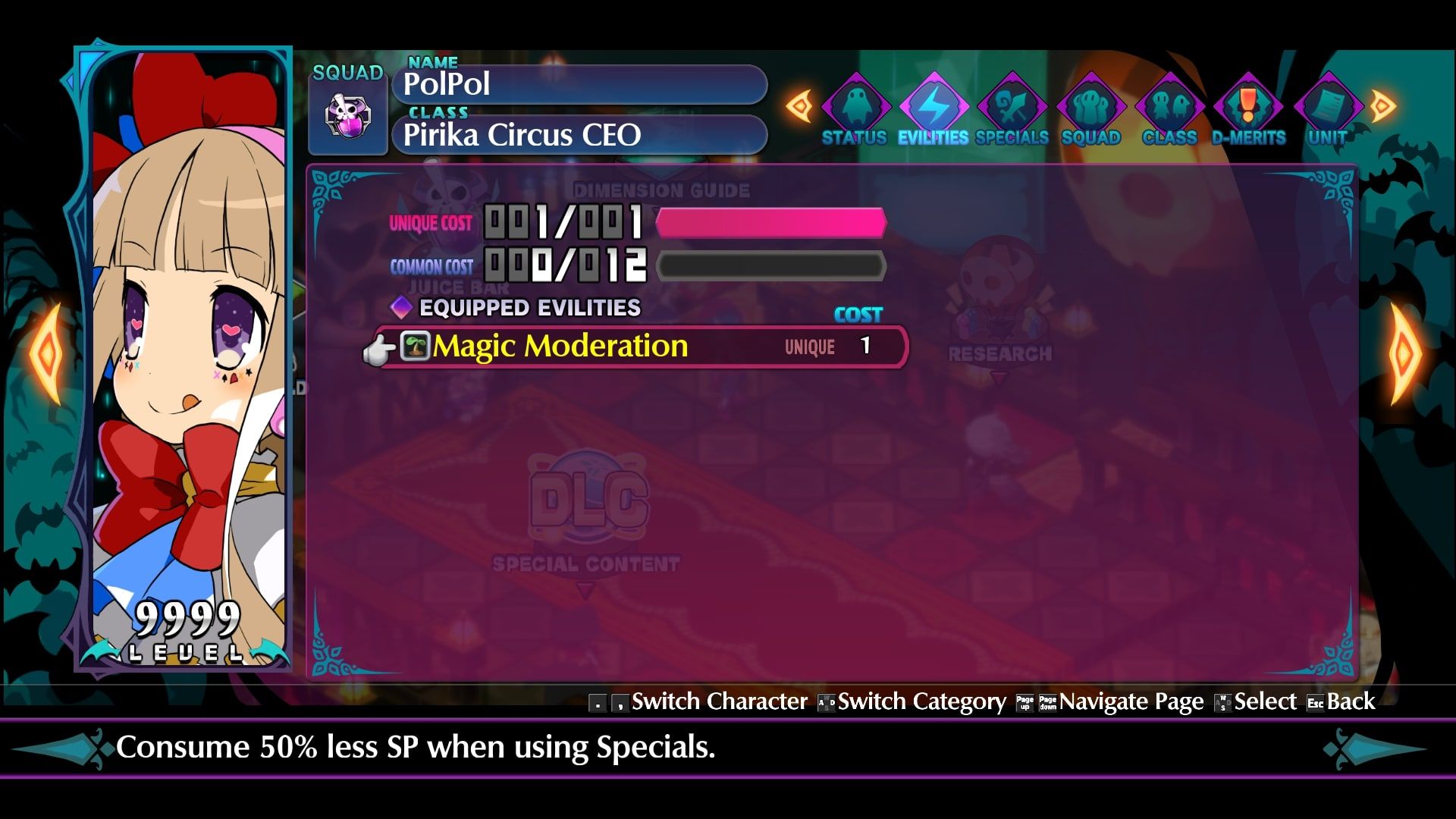 Magic Moderation is pretty underwhelming. It’s fine – it does stuff and it works, but it doesn’t impress. The cheapness of her Specials is not something that really matters. More damage would have been preferable. 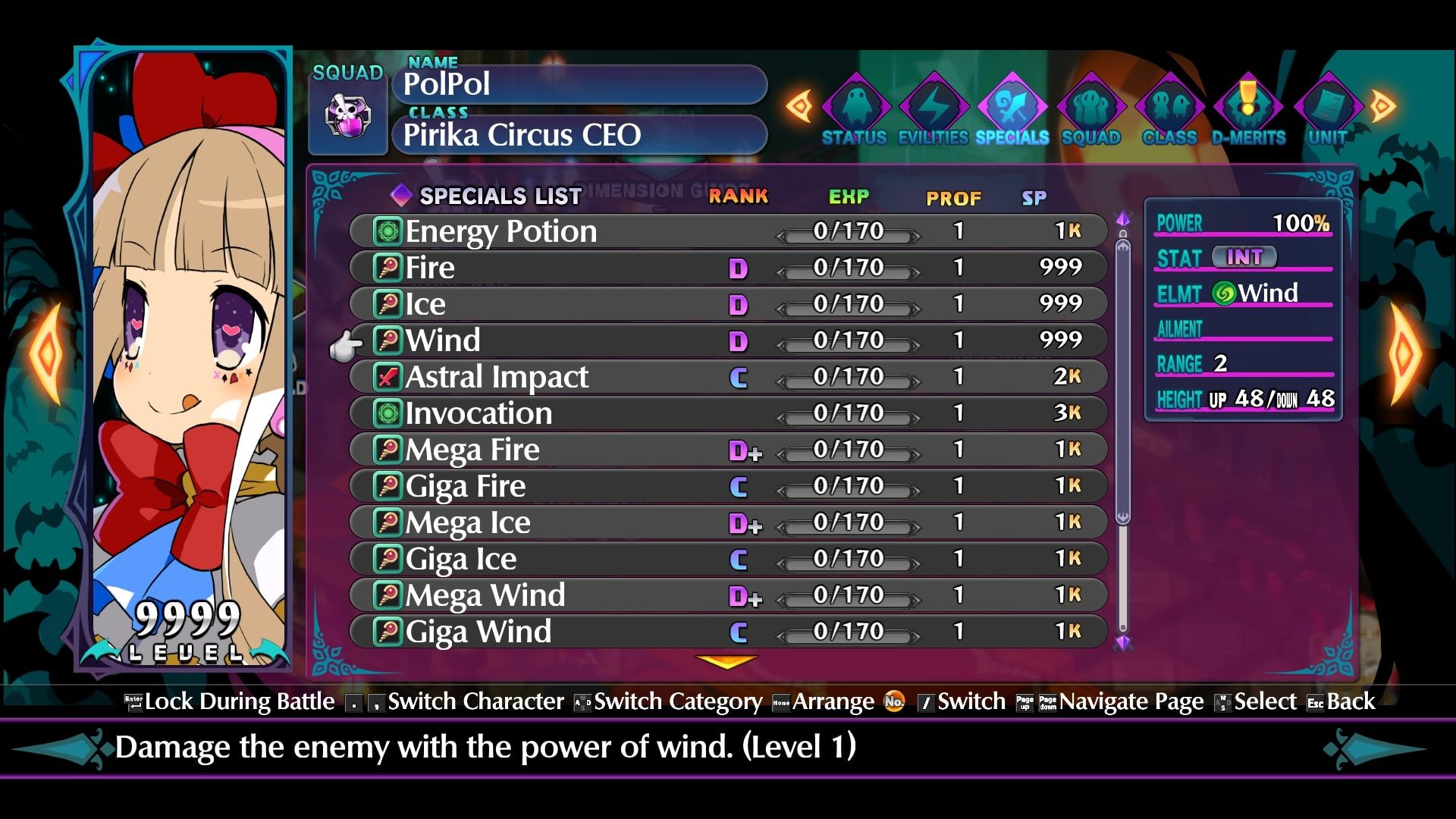 All of PolPol’s Specials are amazing. Every single one of them. Energy Potion restores your SP – always nice. Astral Impact gives you a long-range AOE attack that has no elemental affinity. Invocation turns you into a glass cannon. These are all fantastic.

Don’t forget that PolPol also has access to Wind, Fire, and Ice magic as standard. This gives her a massive pool of spells to play with. You can even teach her Star Magic – giving her access to every generic spell in the game. Amazing. 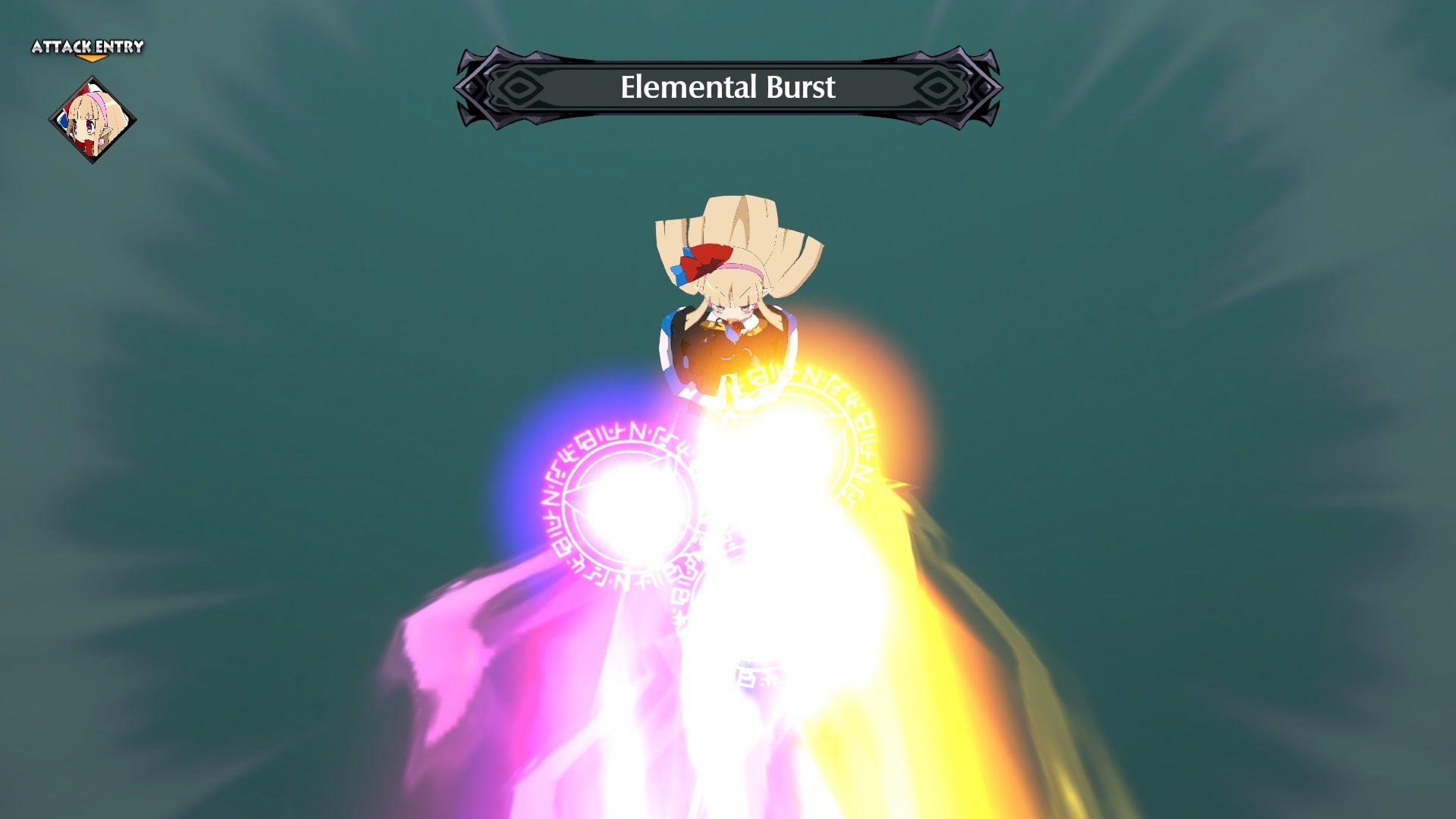 PolPol is amazing. She is the best Witch you can have in the early game, and she will do just as well in the late game. You want to keep her away from harm – especially when using Invocation. Thankfully all of her spells have great range, so this shouldn’t be a problem.

Try and have PolPol later in your attack sequence to maximise the combo damage bonus. Other than that, she is easy to use and the results will speak for themself.

The only downside, as is always the case with female characters, is her inability to benefit from Melodia and Rozelin’s passive stat boosts. She does qualify for the Flatty Squad, however.