The Spatial Tower is one of the great early challenges for Dislyte players. It has 100 levels, each of which you must defeat before moving on to the next. Every level has a set reward for completion, and once you have succeeded against a particular level, you cannot later repeat it. But it may take you many attempts to beat each one.

Many of the levels will become simple enough to beat with almost any combination of high-level Espers in your squad. But once you start to climb above level 70, even the toughest of squads can start to run up against difficulties. Each level has a set group of enemies. And the mobs at level 80 can prove particularly hard to get past.

What Will I Face At Spatial Tower Level 80?

You’ll find the Spatial Tower in the Infinite Miracle section of Trials. Clearing level 80 of the tower is particularly desirable as it rewards you with a complete set of four six-star Wind Walker Relics, which boost an Esper’s SPD stat.

The battle is over three waves, with all mobs at level 60. Wave one is two Long Mians and three level 60 Eiras. Wave two is two Jacobs (a lot of Poison damage) and three Karas (SPD down, Disease, and Poison). For the final wave, you’ll face:

It’s important to remember that Xie Chuyi and Xie Yuzhi are both significantly enhanced when together. Chuyi hits extra times with Dead End, while her basic attack does True Damage – six percent of the target Esper’s base HP. Yuzhi’s Luck in Paris and basic attack both hit twice more while Chuyi is in the fight.

How Do I Beat Spatial Tower 80? 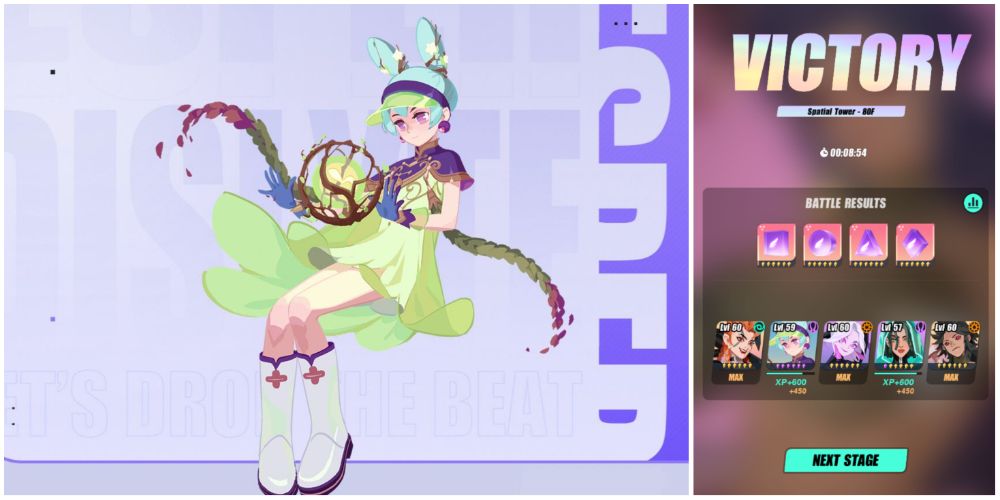 To really get going as a team, these mobs need to be debuffing you. They speed up fast, but it’s the combination of that with slowing down and freezing/stunning your Espers that can be so frustrating – and see you lose the battle. If you don’t have Immunity up before they get to take their first turns, or you don't slow them down early, you can be in serious trouble and probably won’t recover.

All the Espers listed below are accessible for F2P Dislyte players (four-star or below, or available guaranteed via in-game rewards), provided you put the effort in to complete the relevant sections of the game.

In wave three, the enemy has SPD stats above 100. This means that if you don’t surpass that within your own team, you’re likely to be overwhelmed before you’ve gotten a shot off. Boosting your SPD over 150 (or even 200) can be done relatively easily with the right Relics – either through the Wind Walker set (SPD +25 percent) or directly through stat increases (only Mui2 can have SPD as a main attribute, but all Relics can have it as a secondary). And if you have an Esper with high SPD that also buffs SPD or AP, you can let your other Espers concentrate on what they do best.

If you can keep your squad immune to debuffs, they’re going to avoid Stuns, Freeze, and SPD/AP Down. Without those, the cracks really start to show in all the waves here. You can then keep your own buffs up and concentrate on taking out one mob at a time. The order should revolve around your squad’s strength versus certain colours. Take out the weaker links for your squad, keep Immunity up, and you should prevail.

If you’re not confident you can keep Immunity up, or do it fast or often enough, being able to remove those nasty debuffs – or taking buffs off the enemy – is a solid plan.

All this is well and good, but you still need to get the job done with your DPS Espers. The longer it takes to take down the enemies, the more chance there is they’ll find a way through your defences.

We completed Spatial Tower level 80 with a squad of level 50-60 Espers consisting of Li Ling, Chloe, Gabrielle, Dhalia, and Chang Pu – each with a six-star relic set as described above. There are many other Espers you can use to replace these; you simply need to get the balance right between negating their strengths while doing enough damage to take them down. Good luck!