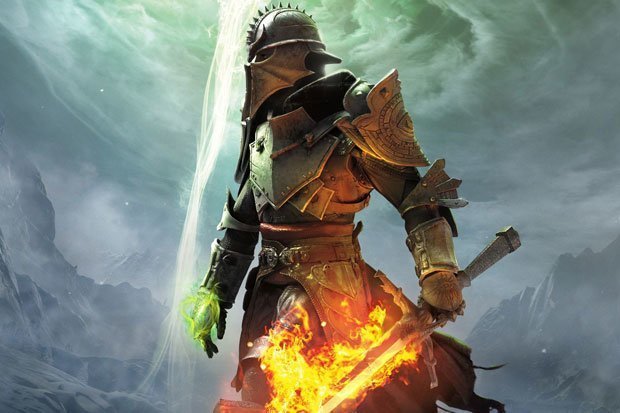 It looks like BioWare is already to move on from Anthem and start looking at the next title in its release catalogue.

Anthem launched earlier this year, and was due to take on games like Destiny, The Division and other service-based looter-shooters, but it seems the game eventually fell a little short.

BioWare’s lack of communication about what’s happening to players, its steadily haemorrhaging playerbase and its lack of consistent post-launch update has rocked the game, making it pretty unpopular as far as other game-as-a-service projects go.

Now, we’re hearing that three key staff have already left the game, and are working on what’s next for BioWare – and that is more likely than not going to be Dragon Age 4.

The bad news is that over the last month, it’s become clear that three of the key staff responsible for bringing Anthem to retail have moved on from the projects.

Executive producer Mark Darrah, lead producer Michael Gamble, and lead director Jonathan Warner have left the game since it launched. Warner intends to return after a brief break, but the others – it seems – are out for good.

Apparently, according to a tweet from Gamble, the reason or the staff being moved off Anthem revolves around a BioWare reshuffle – moving key talent away from Anthem and onto the next Dragon Age game.

EA and BioWare seem to be pushing Dragon Age towards being a live-service game, too – something fans are cautious about considering what went down with Anthem.

The last we heard about Dragon Age 4 came from The Game Awards 2018, where BioWare showed off a very early trailer.

The voice in the trailer – unless we’re mistaken – belongs to Solas… a hint that there will be returning characters?

Solas is an elven apostate hedge mage and an expert on the Fade. He is a companion in Dragon Age: Inquisition and a potential romance option for female elven Inquisitors.

An update from BioWare reads:

We have been working on a new Dragon Age™ game for quite a while now and I am pleased to finally tease the existence of this project!

While we won’t be sharing any details for now, I can tell you we have been building a new team around a core of Dragon Age veterans, people I’ve worked with on Dragon Age, Jade Empire™, and some of whom I’ve worked with since the Baldur’s Gate days.

While I have been focused on Anthem™, the rest of the team has been hard at work exploring ways to push BioWare’s storytelling to the next level.”

We’ll update you as soon as we hear anything else.