I’m playing Dragon Age: Origins, if you couldn’t tell from the number of articles I’ve been writing recently. I’m in the final portion of the game (at least I think), returning to Orzammar to help the Dwarves decide their new King and reunite with some old buddies in the process.

I’m playing Origins as a Dwarf Commoner. I started from nothing, I was casteless and lived in the slums. This has affected my roleplaying in a few ways, by making me more sympathetic towards the less fortunate souls of Ferelden and more thankful to anyone who helps me out. Leliana helped me out in Lothering, so she joined my party from that moment on. Sorry, Merlin, you just don’t cut the mustard. And this respect extends to Leske, my childhood friend and conspirator in the slums of Orzammar. We stuck together through thick and thin, and eventually took down the mob boss who was terrorising the poor people of Dust Town.

That’s when old Duncan spotted me, and spared me the wrath of Beraht’s descendents by signing me up as a Grey Warden recruit. This is always how the intro works for Dwarf Commoners, and I was excited to return to Orzammar to be reunited with my buddy Leske. Unfortunately, it didn’t go as well as I’d hoped. 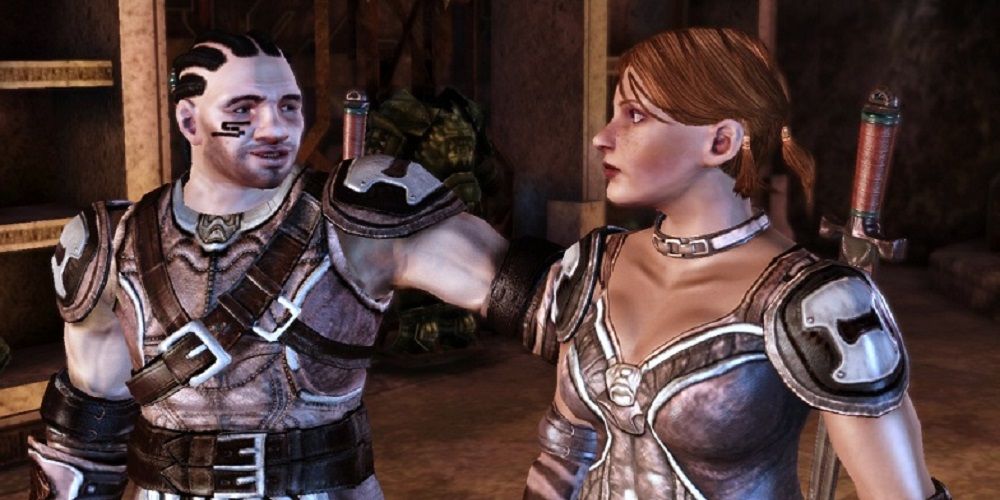 Jarvia has taken over from Beraht as the leader of the mob. Bhelen wants me to eliminate them to secure his bid for King. Who am I to say no? Then, in Dust Town, I run into Leske. He greets me as a friend and even reveals that Jarvia’s base is in my old house. The cheek. However, when I get in there, I’m ambushed by a legion of mobster dwarves. Leske sent them, or so they say.

I don’t believe them. This is a cunning ploy to get me to turn against my friend and ally. However, when I finally made it to Jarvia herself, who was at her side? My former friend. My partner in anti-establishment crime. To put it in simple terms, this was like John Cena turning heel. Et tu, Leske?

The filthy turncoat traitor plunged his Dwarven dagger deep into my back, but I needed to know why. Was he blackmailed? Is his family being held at axe-point? Does he think he should have been chosen to be a Grey Warden instead? Was he always working for The Man? Should that be The Dwarf? 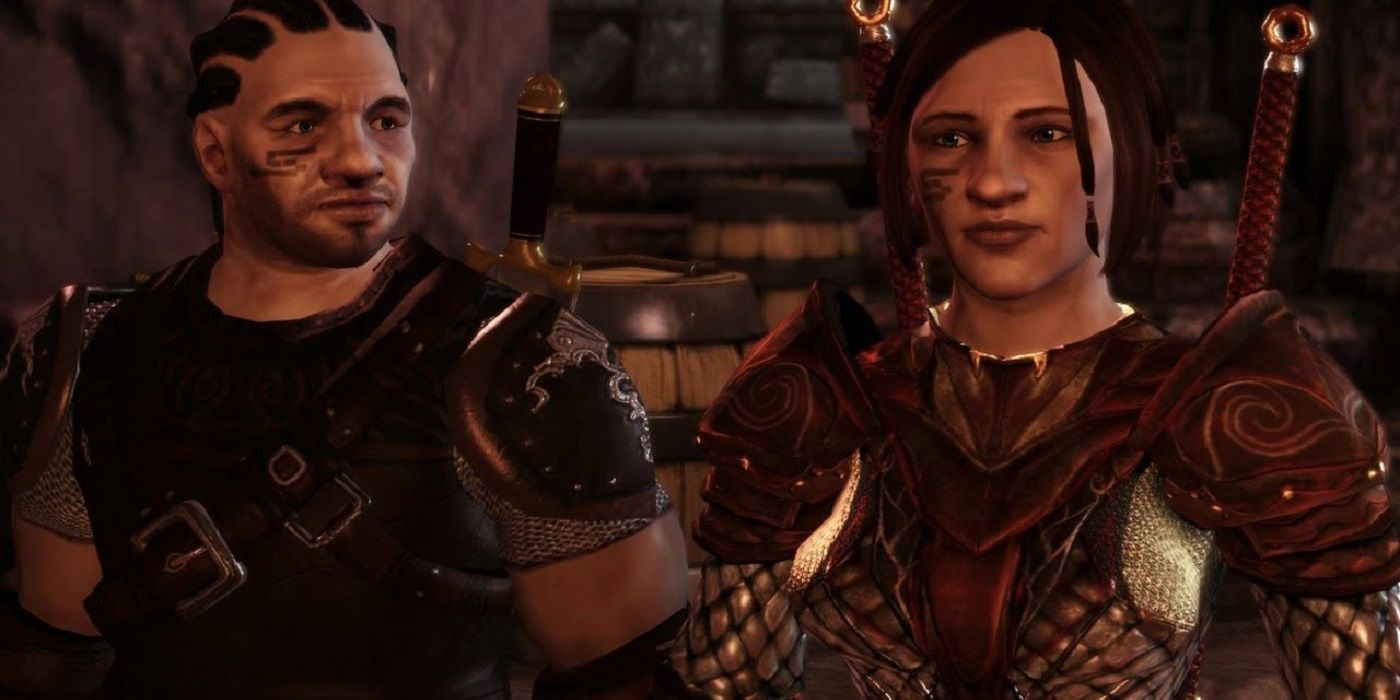 His only explanation is, “what was I supposed to do?” I don’t know, not turn on me? He then explains that, “When Beraht died, Jarvia came out on top. She’s got the swords, she’s got the coin, and she’s got the bed where I sleep.” Since when did Leske care about the money? He certainly didn’t when we took down Beraht. After that, you have to kill him, there’s no way around it.

This ending to our friendship feels disappointing, and is one of the few ways that Dragon Age lets down its characters. The party members are great, and most NPCs have personality and believable character motivations. But Leske? I wouldn’t even mind that he turned on me, if he explained why. Perhaps he was envious of me, perhaps Jarvia had some dirt on him that would have him sent to the Deep Roads unless he complied. More than anything, I feel owed an explanation that’s better than ‘she paid me to be on her side’. Hell, I wouldn’t even mind that he was in it for the money if he made a convincing argument! Maybe he has a grand house and more power than he ever could have imagined, I’d get it. But no further explanation is proffered. ‘I did it for the cash, now it’s time to die.’ He has no hesitation to rush headfirst at me, despite what we’ve been through. He has no final words, of remorse or otherwise, when I defeat him. 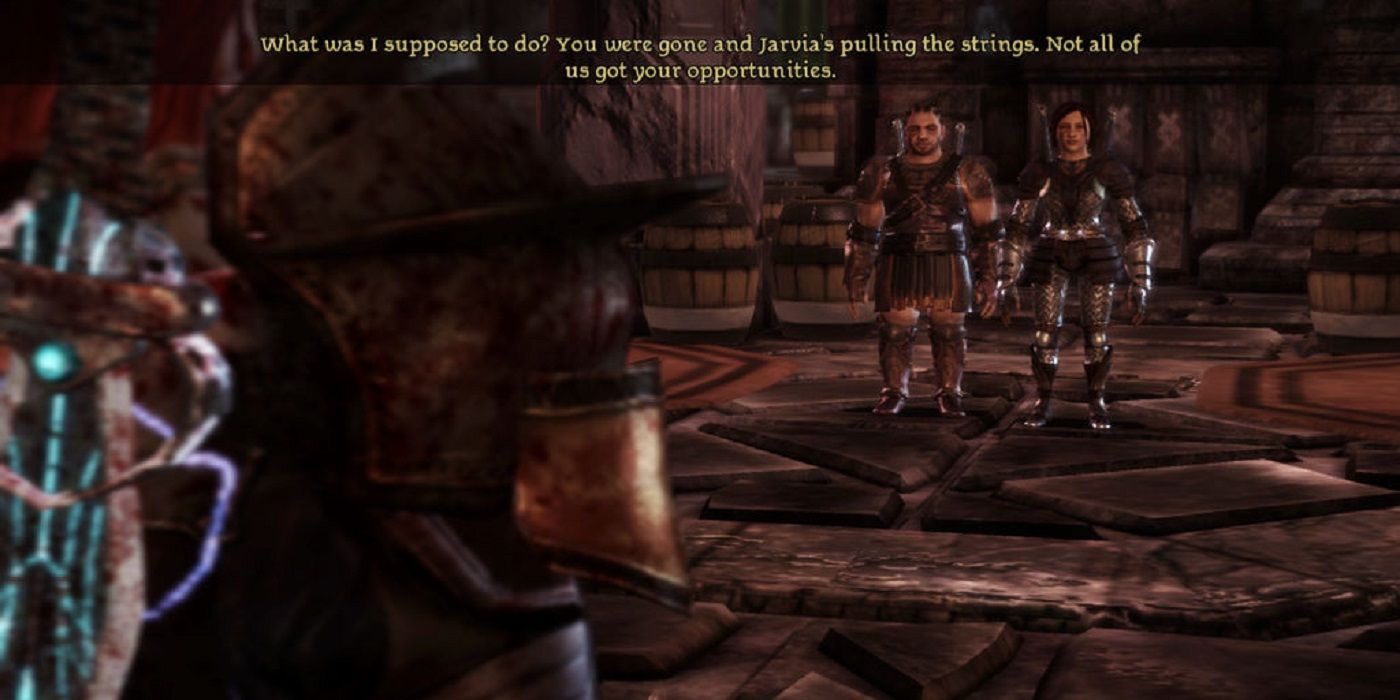 To make matters worse, Leske remains true to his cause if you pick any other race to play the game as. You can free him from Jarvia’s prison, and he alludes to the fact the unchosen Dwarf Commoner character died on hunger strike. This is the Leske I know, except that I wouldn’t know him if I had any origin other than the Dwarf Commoner.

Leske is good, in his heart. I know it. That’s what made it so gut-wrenching when he turned on me. I just wish we could have talked it out a little more before I had to kill him.