If you ask a hardcore Dungeons & Dragons fan which edition is best, you're almost always going to get 3.5 as the answer. Even with the immense popularity and mass appeal of 5th edition, many D&D fans can't seem to let 3.5 go. And while it's mostly the rule system and mechanics that players latch on to, Wizards Of The Coast did also release some fantastic adventures during the time that version 3.5 was being supported.

Not only did 3.5 bring us one of D&D's best settings, Eberron, it also brought us adventures, both new and old, that are still fantastic to pick up and play today.

9 Barrow Of The Forgotten King 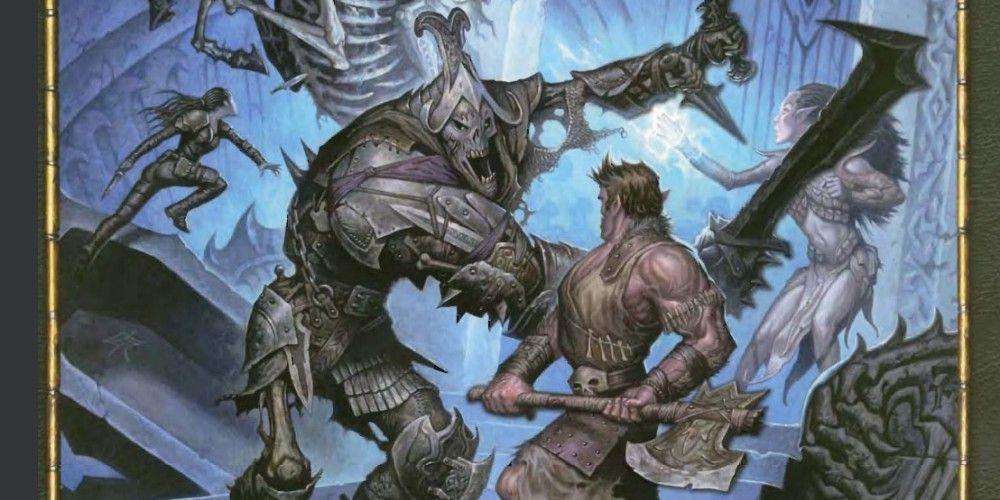 They can all be played as standalone stories, but playing them back-to-back in one long campaign will take you on a sprawling adventure from a haunted mausoleum to the depths of the Underdark to the fortress of a powerful cult in order to save the land.

8 Expedition To The Ruins Of Greyhawk 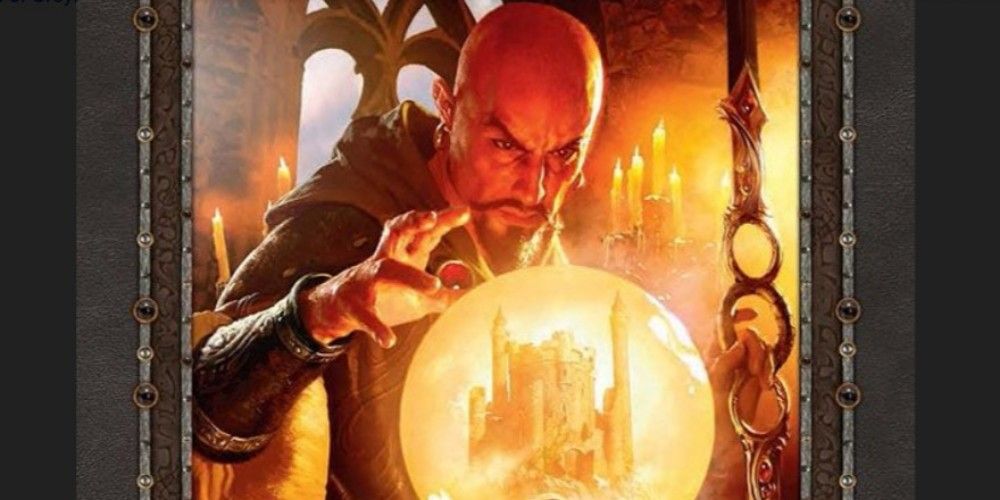 Expedition To The Ruins Of Greyhawk is one of the most popular adventure modules released in the 3.5 era. It's a fairly straight-forward fantasy adventure and setting, involving your band of heroes being recruited by an old wizard to slay an evil demigod in the decrepit Castle Greyhawk.

Where the adventure shines is in how much is packed into those old and storied remains. It's a castle with as many boobytraps as it has hidden secrets and characters with tales to tell. 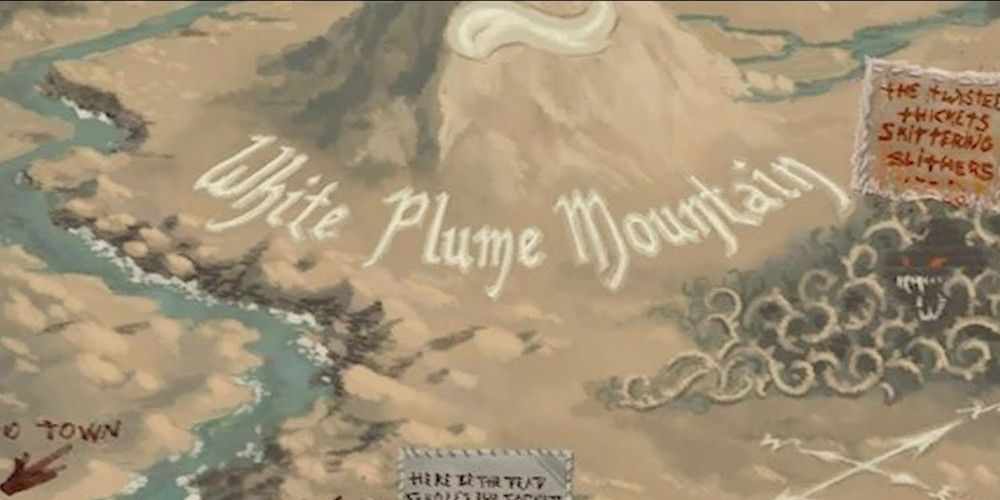 Both White Plume Mountain and the following entry on this list, Tomb Of Horrors, are not truly 3.5 original adventures. Rather they are reworks of classic D&D adventures from the 2nd edition of the game (most commonly known as Advanced Dungeons & Dragons). If you like the idea of classic Gygax D&D adventures paired with the 3.5 rules then these adventures are made for you.

White Plume Mountain is one of the earliest quest dungeons. It laid the groundwork for all future adventures that involve solving puzzles and battling terrifying monsters in the hopes of being rewarded with spectacular treasures. 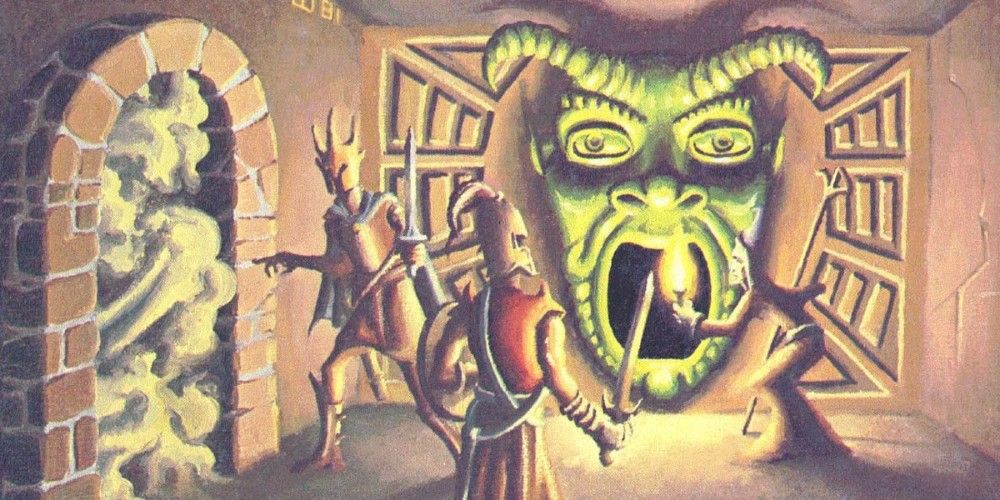 Tomb Of Horrors exists in interesting contrast to White Plume Mountain. While both are 2nd edition adventures re-tooled for 3.5, they play out very differently. This is because of the respective tone of each adventure.

White Plume Mountain has more of a whimsical and almost clichéd fantasy setting to it, while Tomb Of Horrors is as dark and troubled in its setting as it is painfully difficult. Don't be surprised if your party becomes yet another group to wander into the Tomb Of Horrors seeking treasure, only to never return.

5 Shadows Of The Last War 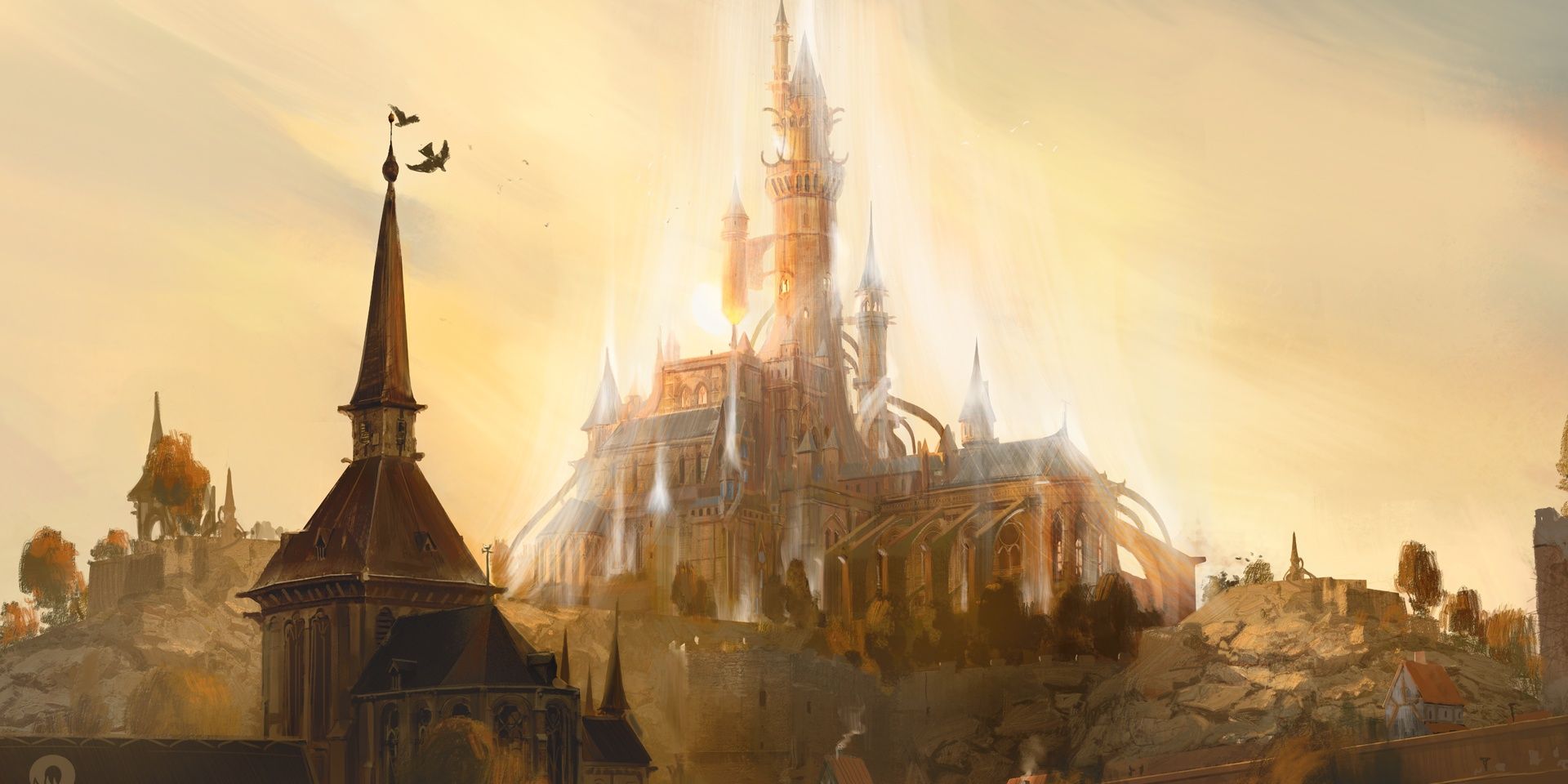 Shadows Of The Last War has the grand distinction of being the very first story Wizards of the Coast ever published within the world of Eberron. Right out of the gate this adventure proves why Eberron is heralded as one of the greatest D&D settings of all time, despite being so recent.

Shadows Of The Last War will see you fighting a shadowy organization to prevent a terribly powerful weapon capable of great destruction from falling into their hands. The citadel of Whitehearth is the perfect backdrop to begin learning about the eccentricities of Eberron, and its war-torn history. 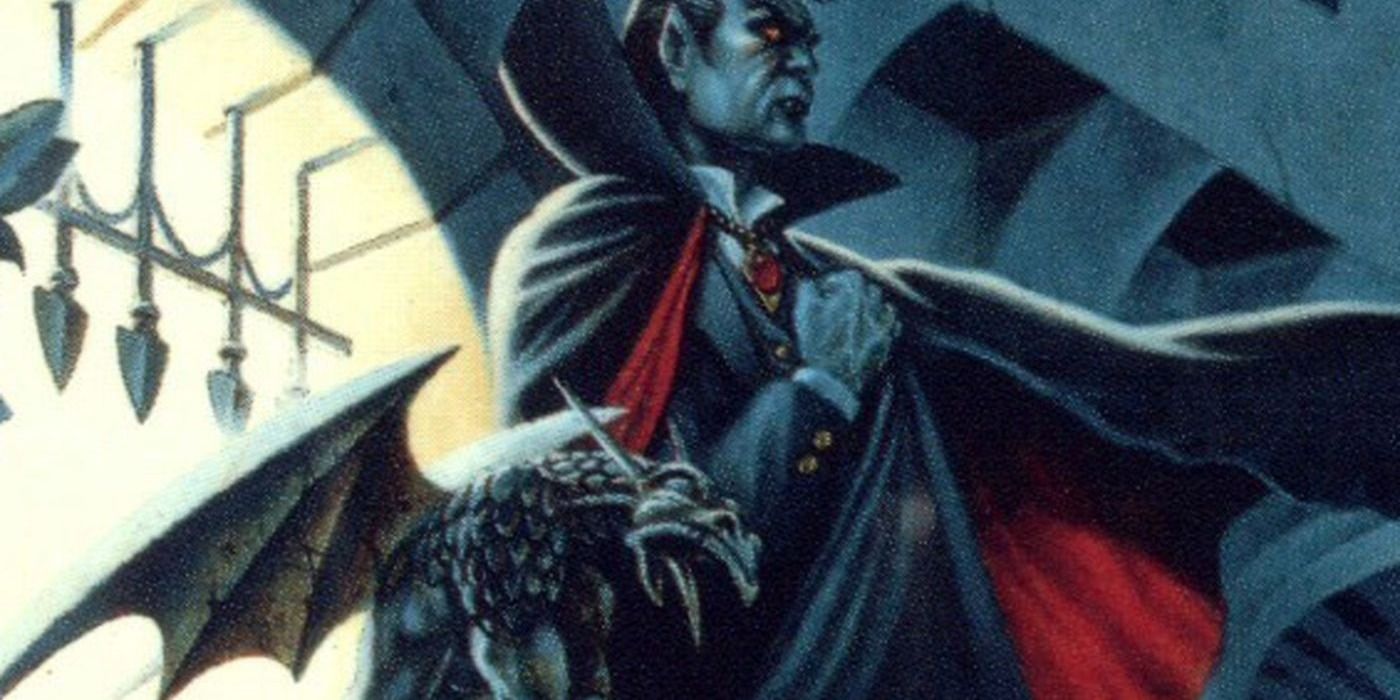 Curse Of Strahd is widely considered one of the greatest adventures of 5th edition, with Ravenloft in addition being chailed as one of the greatest D&D settings. If you've played CoS and are interested in a similarly gritty, vampire-filled adventure under the 3.5 mechanics, then you're in luck. 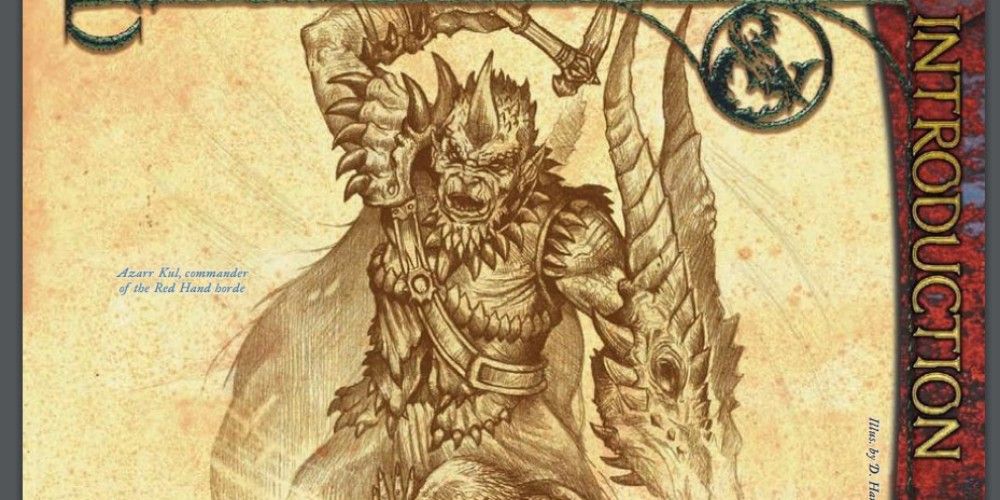 The concept of Red Hand Of Doom simple, but effective and relentlessly lethal. You and your adventurers against an entire militia. A warlord named Azarr Kul is leading an army numbering in the tens of thousands of goblins towards the Elisir Vale. If no one opposes them before they reach the major cities of the humans lands, the walls will surely fall and everything will be left razed and in ashes.

This adventure requires a lot of thinking and careful planning from the party. How do you take down an entire army? It's for you to decide.

2 Expedition To The Demonweb Pits 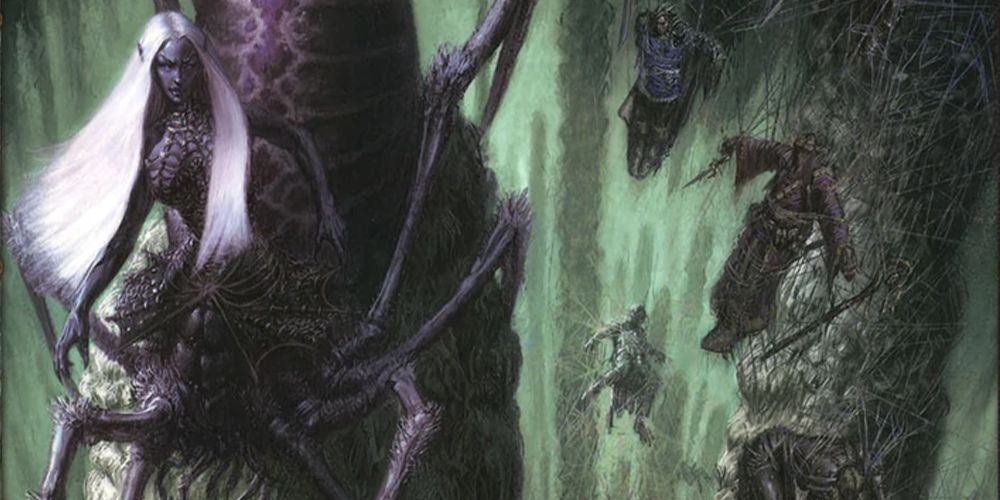 Expedition To The Demonweb Pits is one of the more horror-centric adventures of the 3.5 era, along with the aforementioned Ravenloft story. Especially if you have a fear of insects and all things creepy-crawly, this adventure may have moments that are tough for you to stomach.

It centers around taking down the Demon Queen of Spiders before she can enact her horrifying plans, and she has plenty of flesh-eating pestilence at her command to try and stop you. Definitely an adventure worth playing if you enjoy these types of monstrous settings.

1 Eyes Of The Lich Queen 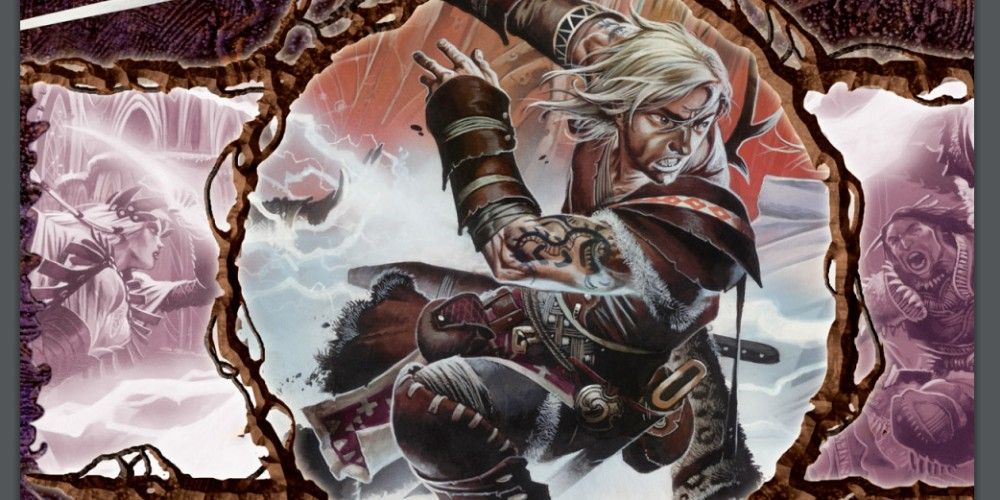 Eyes Of The Lich Queen is the final Eberron-based adventure published during the 3.5 era. It's also the by far the meatiest, with an adventure that will see your party both exploring and possibly running for your lives through many of Eberron's fantastic locales.

Once again, you'll be facing off against powerful factions with secretive assassins and even pirates while trying to discover if it's truly possible to control dragons. It's a perfect example of why Eberron is still one of the premier settings for amazing D&D adventures to this day.