Kunlun Transformer, Central Type is one of the more interesting bosses in Dusk Diver 2. As the name suggests, this thing can transform throughout the game, giving it multiple attack styles that you need to deal with if you want to come out victorious. Unfortunately (or fortunately depending on your perspective), Kunlun Transformer has some glaring weaknesses.

Because of this, this fight isn’t that difficult if you know what you are doing. Despite that, the fight is rather fun, and Kunlun Transformer succeeds in being one of the cooler visual designs in Dusk Diver 2. Grab your party, and be ready to smash this thing to pieces. 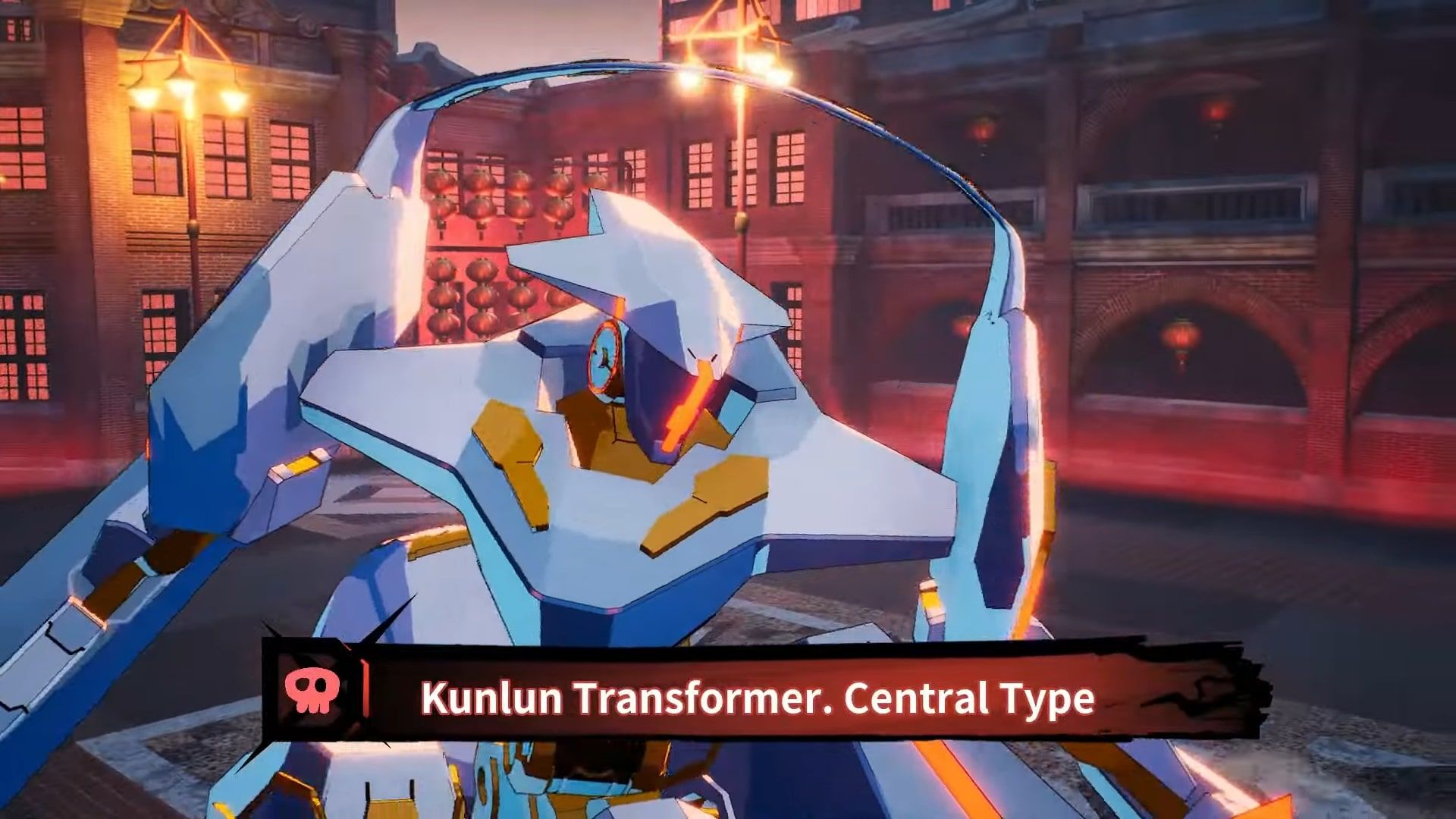 Kunlun Transformer has a fair few attacks, but unlike most bosses, Kunlun Transformer doesn’t have access to them all at once. This is because it can shift between Mech and Hover forms, and each form has a unique list of attacks.

Which Party Members To Use 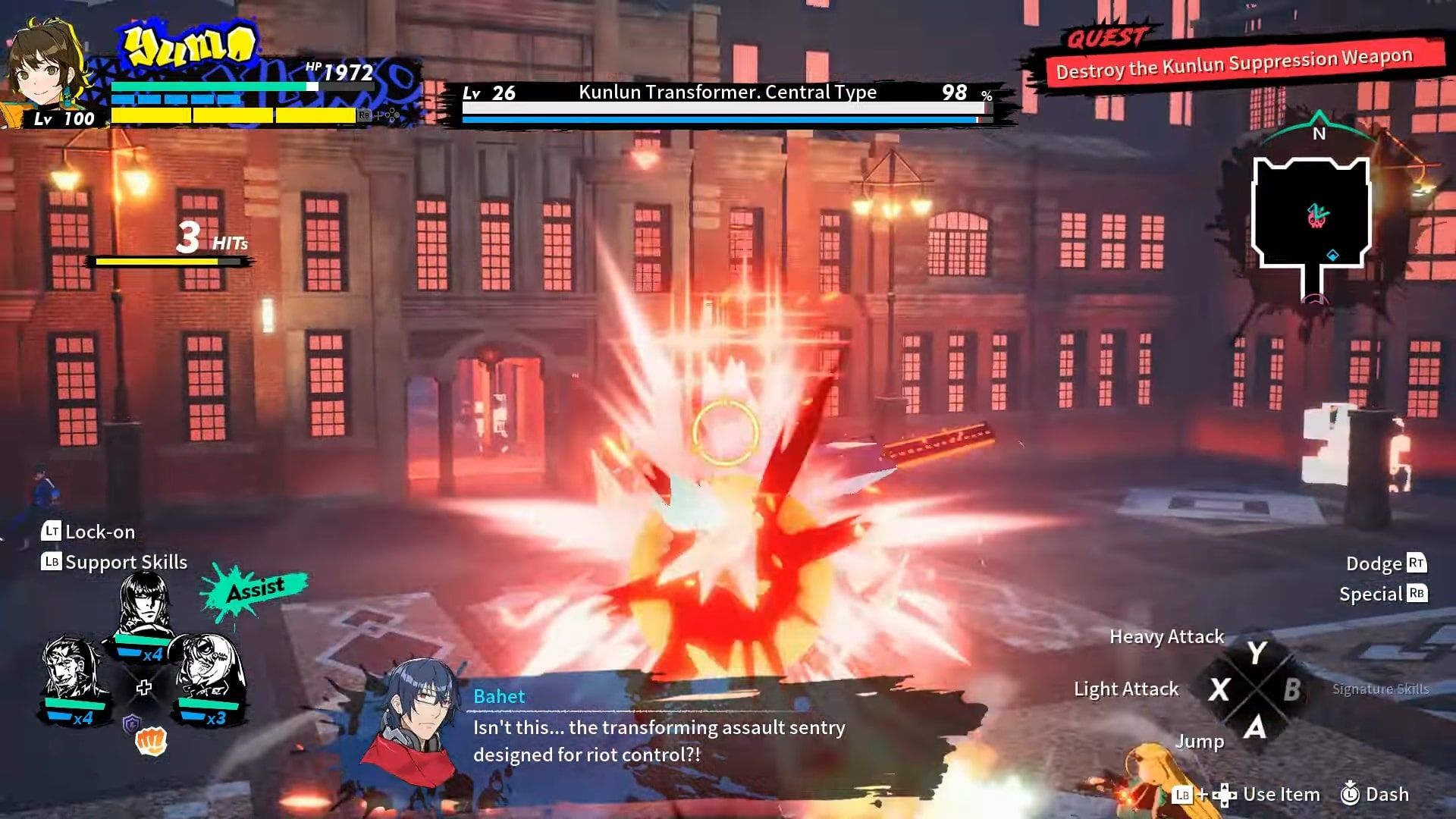 As is normally the case, we found the Yumo was the best choice for this fight. Her speed, damage, and skills are all top-notch and with the addition of Burst, she is more than capable of dealing with Kunlun Transformer.

Bahet is another excellent choice, as his unique Beat mechanic (if you can land it reliably) in addition to his fast combos can make short work of Kunlun Transformer. Viada is another solid pick due to her range.

Leo is fine, but clearly the loser here. He is simply too slow, and because of that, his DPS doesn’t match Yumo’s. Kunlun Transformer doesn’t have many Red attacks, so his Block ability is far less useful in this fight than in others. 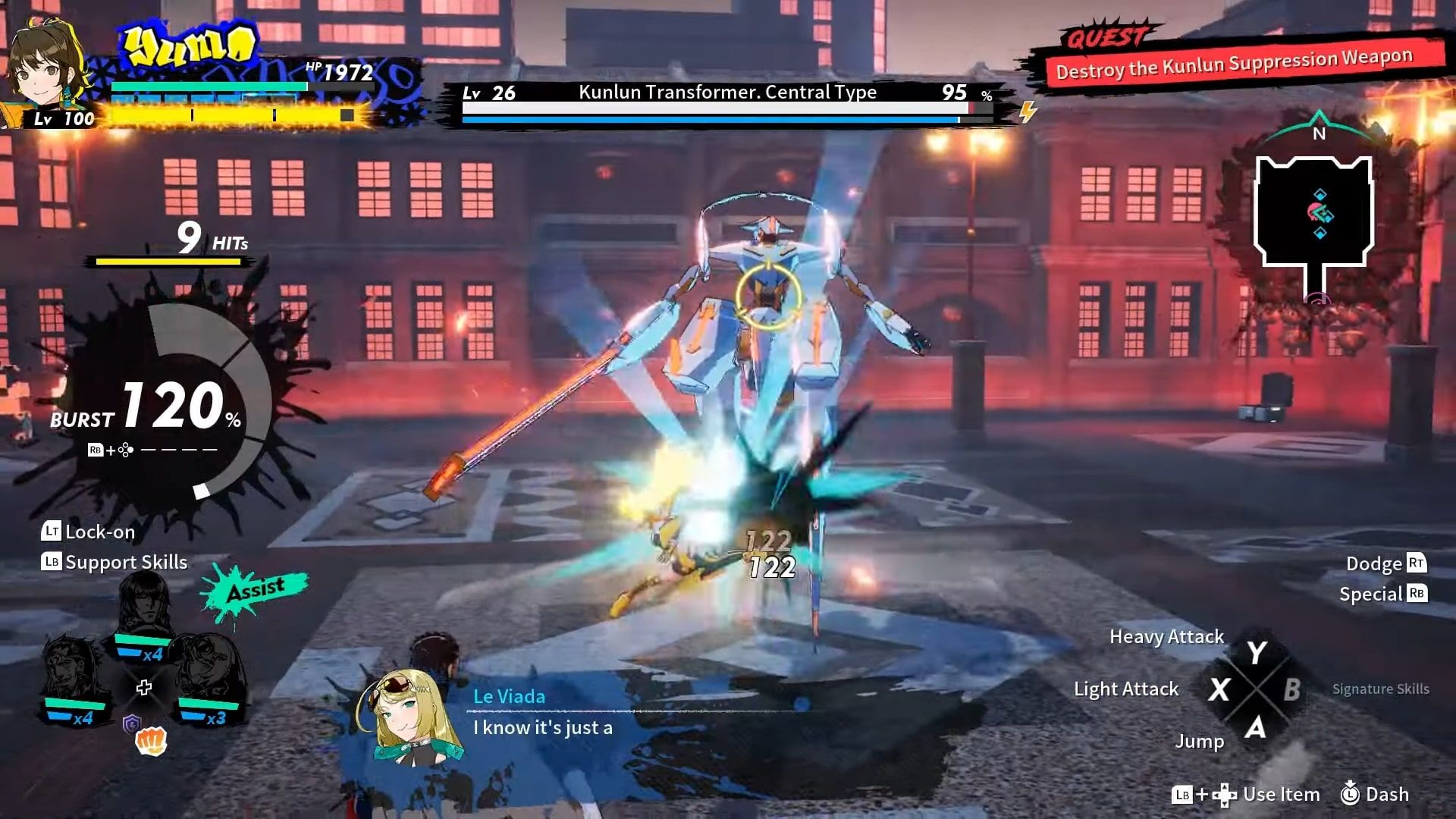 This is where we talk about Kunlun Transformer’s biggest weakness – it can be stun-locked. This is often an issue with bosses in Dusk Diver 2, however, Kunlun Transformer went down surprisingly quickly simply by hitting it relentlessly.

Because of this, it's possible Kunlun Transformer will find it difficult to get many attacks off at all, allowing you to combo it heavily without fear of retaliation. Of course, it will eventually gain Super Armour to power through your attacks, but you can deal massive damage if you just keep up the offensive.

Kunlun Transformer’s minions can be an issue if he summons them in. Whether or not you ignore them is largely up to you, but we found that we could simply focus on the boss. If they are more aggressive and start getting in your way, take them out.

Keep up the pressure and Kunlun Transformer will go down in no time.