Earth Defense Force: Iron Rain was an unexpected wake-up call for the goofy action franchise. It received a mixed reception from fans, with some praising its darker, more western tone while others wished for the cheesy campiness that has long defined the legendary bug ‘em up to make a return. I was equally as conflicted, loving some of the additions it brought to the franchise, yet ruing the tonal inconsistency and a swarm of technical bugs (sorry) damaged a game that could have been so much more.

To tackle such divisive opinions, Japanese developer Yukes has returned to the fold with Earth Defense Force: World Brothers. This is a more casual take on EDF with a voxel aesthetic similar to that of Minecraft or Roblox, aimed at bringing in a wider audience that won’t be afraid to jump in and play regardless of the series’ history. Speaking of, this is also a love letter to everything that came before it, with characters, weapons, and locations from games of old sprinkled throughout.

It’s a welcome balance, but the proof will be in the pudding. I was given a decent look at the upcoming game during a hands-off preview alongside a brief chat with series producer Noboyuki Okajima. The series veteran has confidence in this new direction, deciding to take the grim atmosphere of Iron Rain and throwing it out the window.. World Brothers is a bright, colourful, and energised take on the series that recognises flaws that held back previous entries. 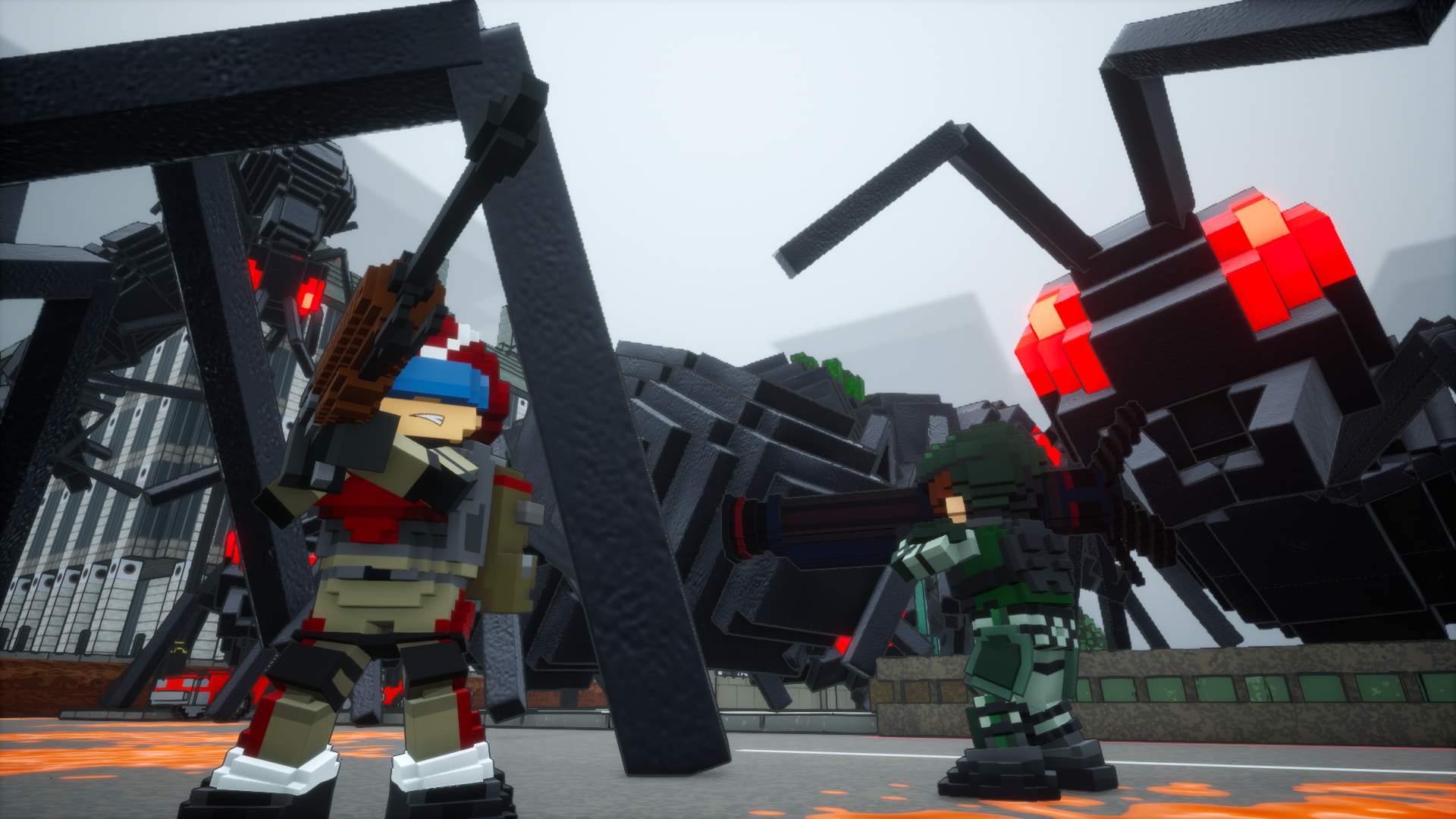 I wasn’t sold on its visual identity until I saw the game in action, with its charm and personality coming across beautifully as your quartet of playable characters ran about famous cities destroying armies of otherworldly insects. The basic formula of EDF remains untouched in World Brothers. You select a class, equip them with weapons, and dive into missions to cause chaos. The objectives can range from destroying millions of bugs to solving the simplest of puzzles, with over-the-top action always at the forefront.

You play as tiny soldiers bursting with emotion, keen to express emotes with supreme millennial energy before blowing bugs to bits. I’m serious, I definitely saw a dab or two in the results screen after a mission. The concept of World Brothers is stupid yet simple. Aliens have attacked our planet, which is a cube in this reality, causing it to explode into several different landmasses that now exist independently of one other. Conveniently, these pieces of planet happen to have all of the major capital cities housed upon them.

As a member of the EDF, your job is to eliminate the alien menace and save humanity, even if it means bringing cities to ruin in the process. They can rebuild that stuff, don’t worry about it. The opening mission I’m witness to has all the franchise hallmarks, although new ideas begin to surface almost immediately. Fallen comrades can be found across the battlefield, and reviving them will permanently add them to your roster. This is how new classes and characters are unlocked in World Brothers, with many personalities riffing on regional cliches and stereotypes. 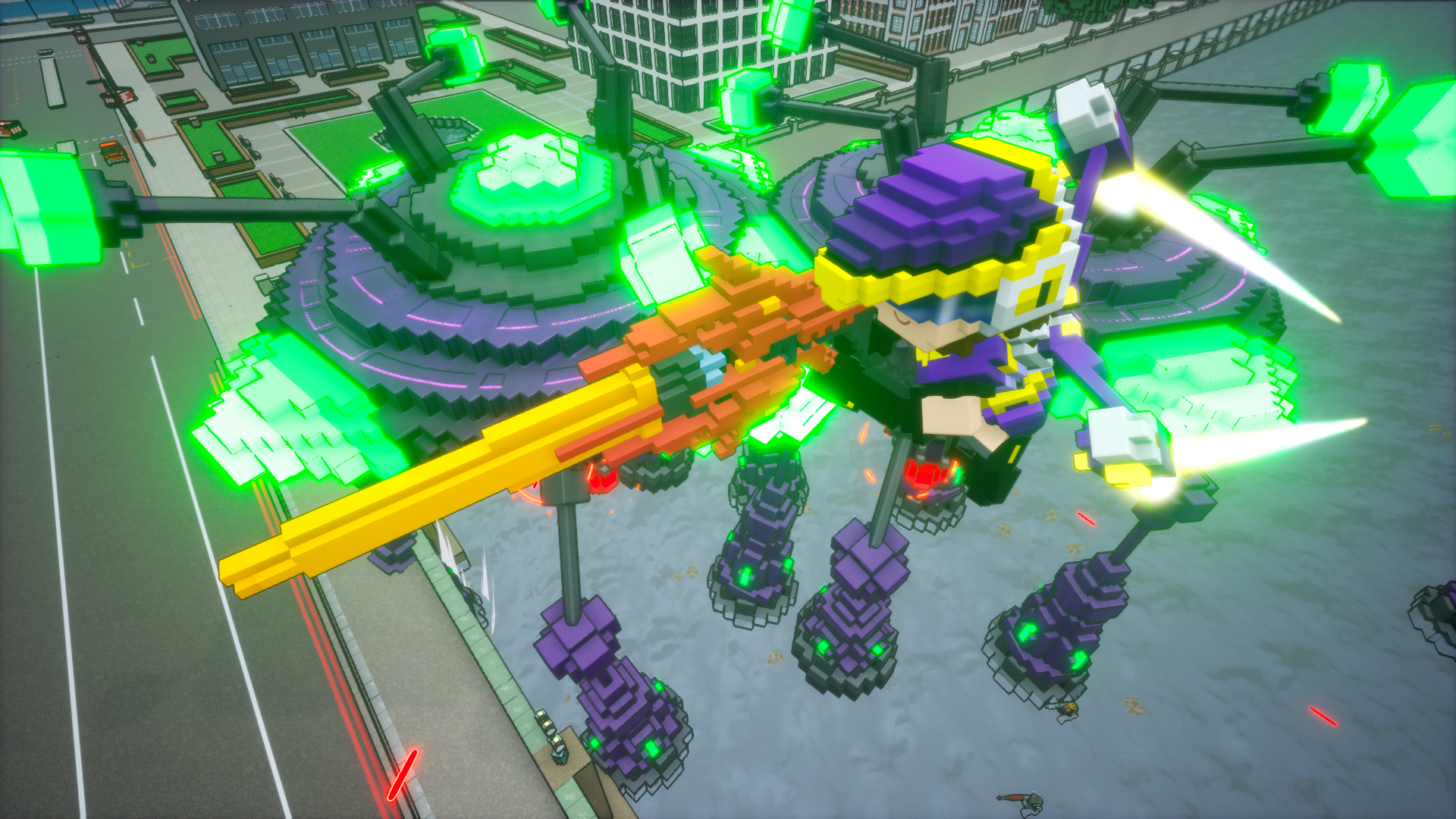 British soldiers will constantly praise the monarchy while unleashing an army of miniature royal guards to dispatch enemies with their special move. You’ve got Mexican characters in sombreros, German maids serving beer and all manner of cliches I sincerely hope don’t border on cultural sensitivity. It doesn’t seem to be the case so far, and I hope it doesn’t descend into murky territory as the campaign goes on. This design choice does match the overall tone of the game, which is intended as a globe trotting adventure with major landmarks acting as isolated stages for you to explore. It’s a cool twist from most stages just being a generic spin on the same Japanese city and/or countryside like in many games before it.

A total of four characters can also be switched between at any time, meaning you can jump between a broad selection of classes at the touch of a button. This alleviates the tedium of longer stages from past games, where doing the whole affair as an infantry soldier who couldn’t fly or summon vehicles to their location proved a frustration. Now, things are so much more malleable, likely a result of the minimal aesthetic allowing for much more technical tinkering. I hope this idea comes to the mainline series, since it would encourage experimentation and replaying stages to an infinite degree. 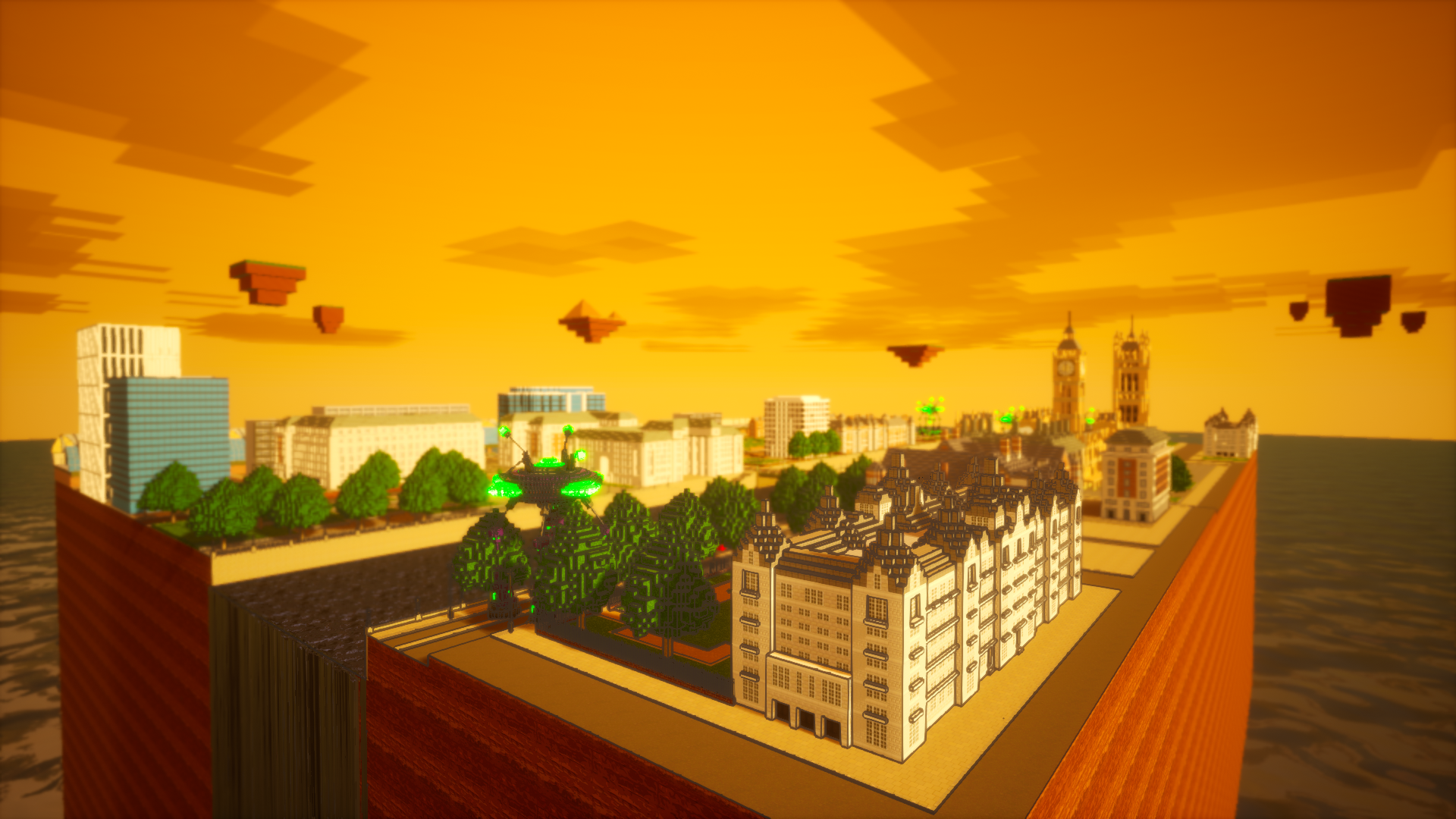 There’s nothing nuanced about Earth Defense Force. It’s a fun shooter with a blistering pace, inviting players to lose themselves in a shameless homage to classic kaiju films and creature features. World Brothers is no different, yet represents a decent expansion of a tried-and-true formula that is only possible with such a stark change in aesthetic. The errors of Iron Rain have left its creators with no choice but to innovate, even if it means alienating purists with visuals that feel pulled right out of Roblox.

While it has gone down well in Japan, it will be interesting to see how Earth Defense Force: World Brothers is received by western audiences. I think it looks pretty cool, a creative spin on the franchise after Iron Rain twisted it into a miserable Michael Bay action flick. I’m unsure it will have sufficient depth to keep me entertained for long, and the quirky visuals could quickly lose their lustre if the stage and creature designs don’t take creative advantage of the bold alteration. It’s coming our way next month, so we don’t have long to wait.