Link Attacks are one of the core mechanics in Eiyuden Chronicle: Rising. It’s one of the most recurrent tools you’ll be using while fighting, whether you are playing in its default mode or in Simple Mode.

This move is basically a chain of attacks that will freeze time and swap your current character with another one in your party. The best part about it is that Link Attacks make a significant amount of damage with not-that-much of a cooldown and no cost at all. Let’s see everything you need to know about it.

How To Do A Link Attack 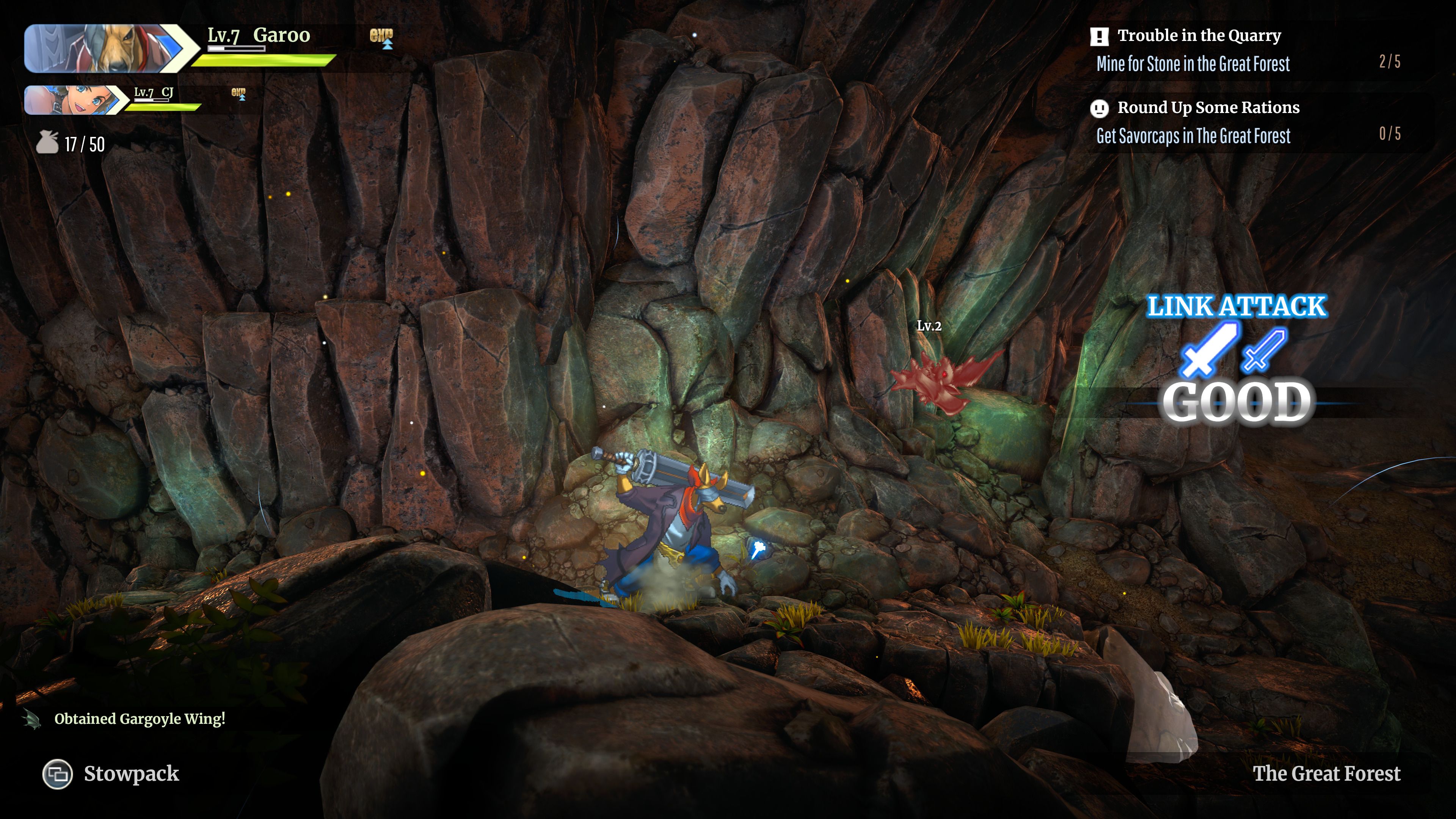 The first character that will join your party is Garoo, and it will happen during Main Quest 5: The Miner, the Merc, and the Smithy. This is unmissable and the story won’t progress without it. 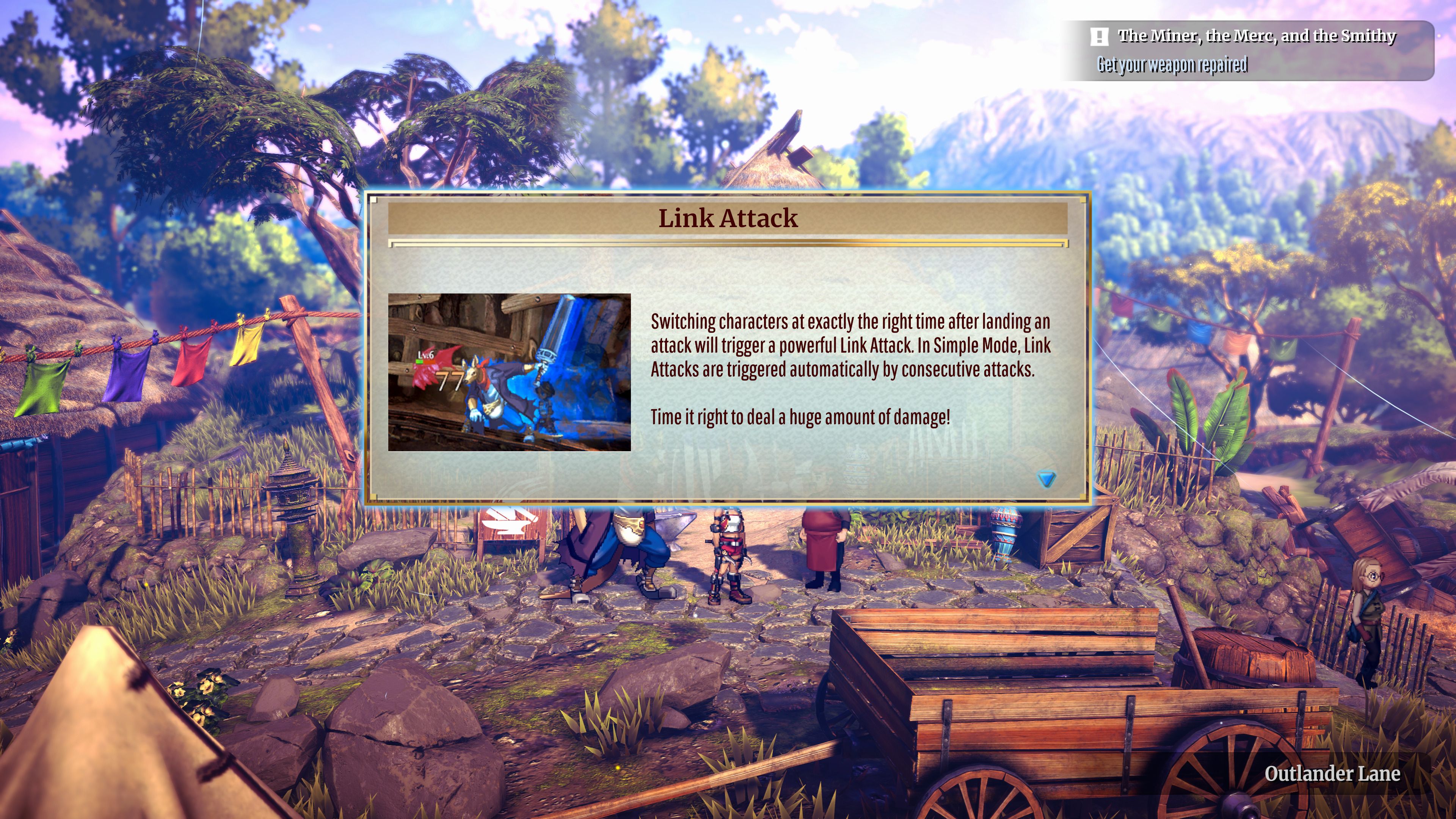 To do a Link Attack, you only need to press the attack button of the character you’re not using at the moment after performing one attack with your current character on the screen. For example, if you’re using CJ, you need to do an attack with her (a ground attack or an aerial one, it’s the same), and press the button assigned to Garoo at the “exact” moment that the first animation attack ends.

This will depend on how you play, but a piece of good advice on when to do perform Attack Links is after dealing some damage with your regular attacks and being close to finishing the enemy. The reason behind this is that you’ll be exposed for a second or two after the move, letting the enemy punish you if you didn’t beat them. 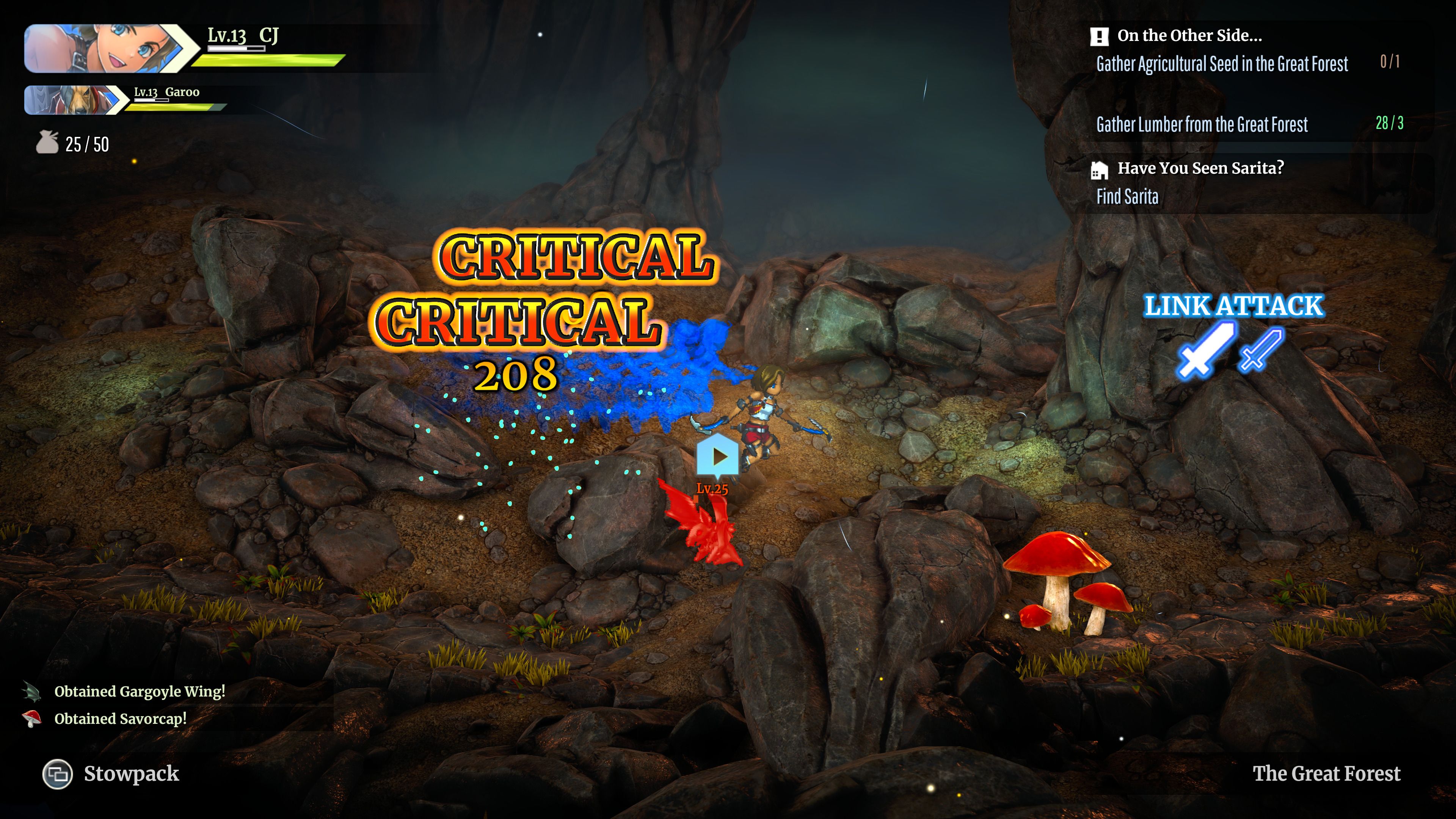 It might sound hard at first, but the opportunity window is actually pretty generous. With a bit of practice, you’ll be doing Attack Links without much problem. And when you see the damage it deals, you’ll want to repeat it every time you can.

This ability has a cooldown and you can’t use it immediately again after performing it once. You need to wait for a distinct sound that will tell you it’s charged.

If you’re playing in Simple Mode, you have to skip the explanation we just did. This is because, when playing in this format, you’ll only use one attack button for every character, and the game itself will make you chain your moves without checking on timing or anything.

How To Upgrade Link Attacks 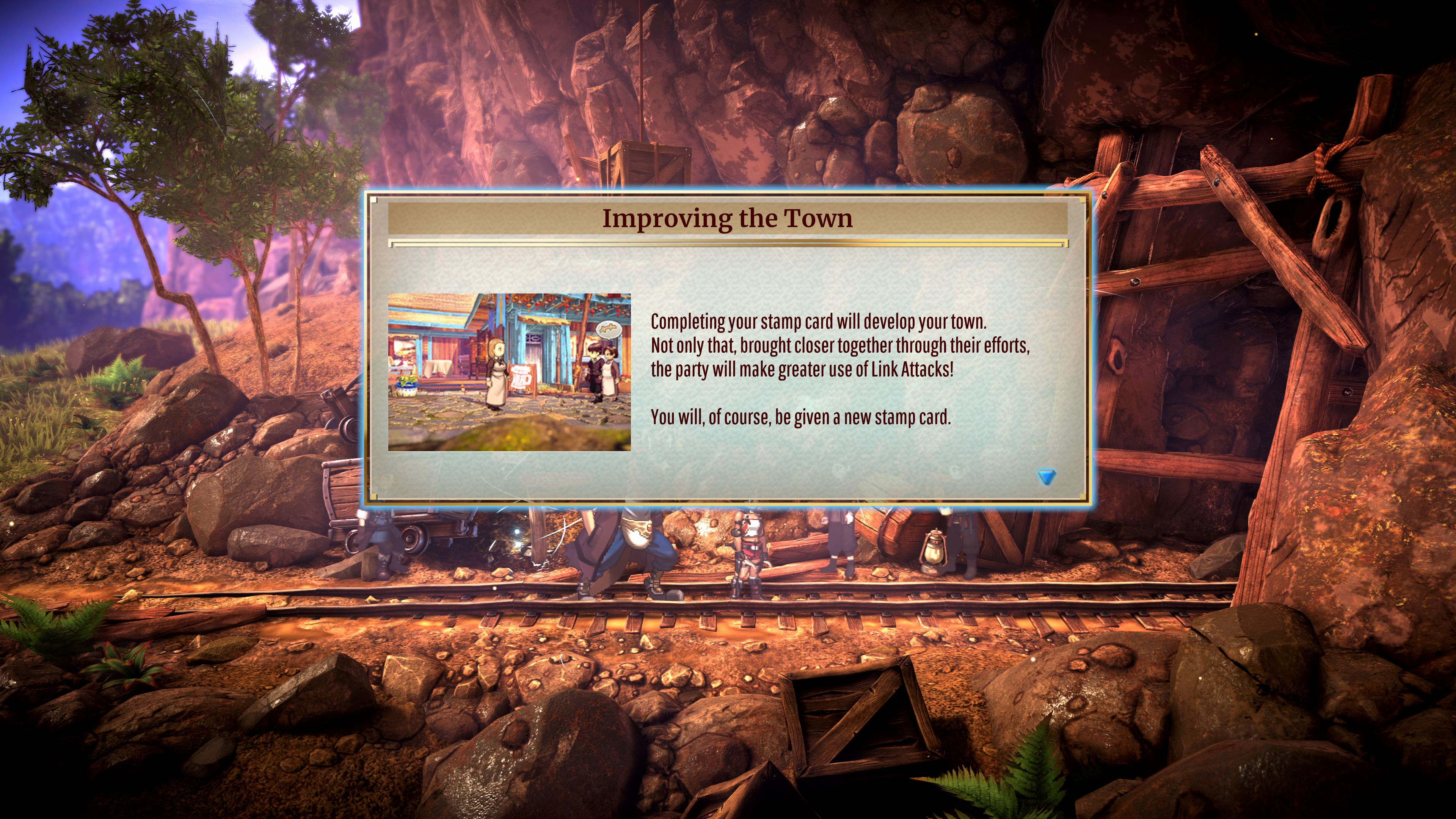 When you unlock this ability, you’ll be able to perform two Link Attacks in a row. The way of doing both attacks is the same as when you want to start it: press another character button after the animation of the current character ends.

Having two of these special moves available from the start might sound like enough, but the best part about this ability is that you can upgrade it, increasing the number of times you can chain a Link Attack.

In order to do so, you need to complete your stamp cards. A few moments after starting your journey, you’ll receive the silver stamp card, which needs 30 stamps to be completed. To acquire a stamp, you have to complete both main and secondary quests (but mostly secondary ones).

You can always check if you’re going to receive a stamp from a quest when checking it on your quest menu. 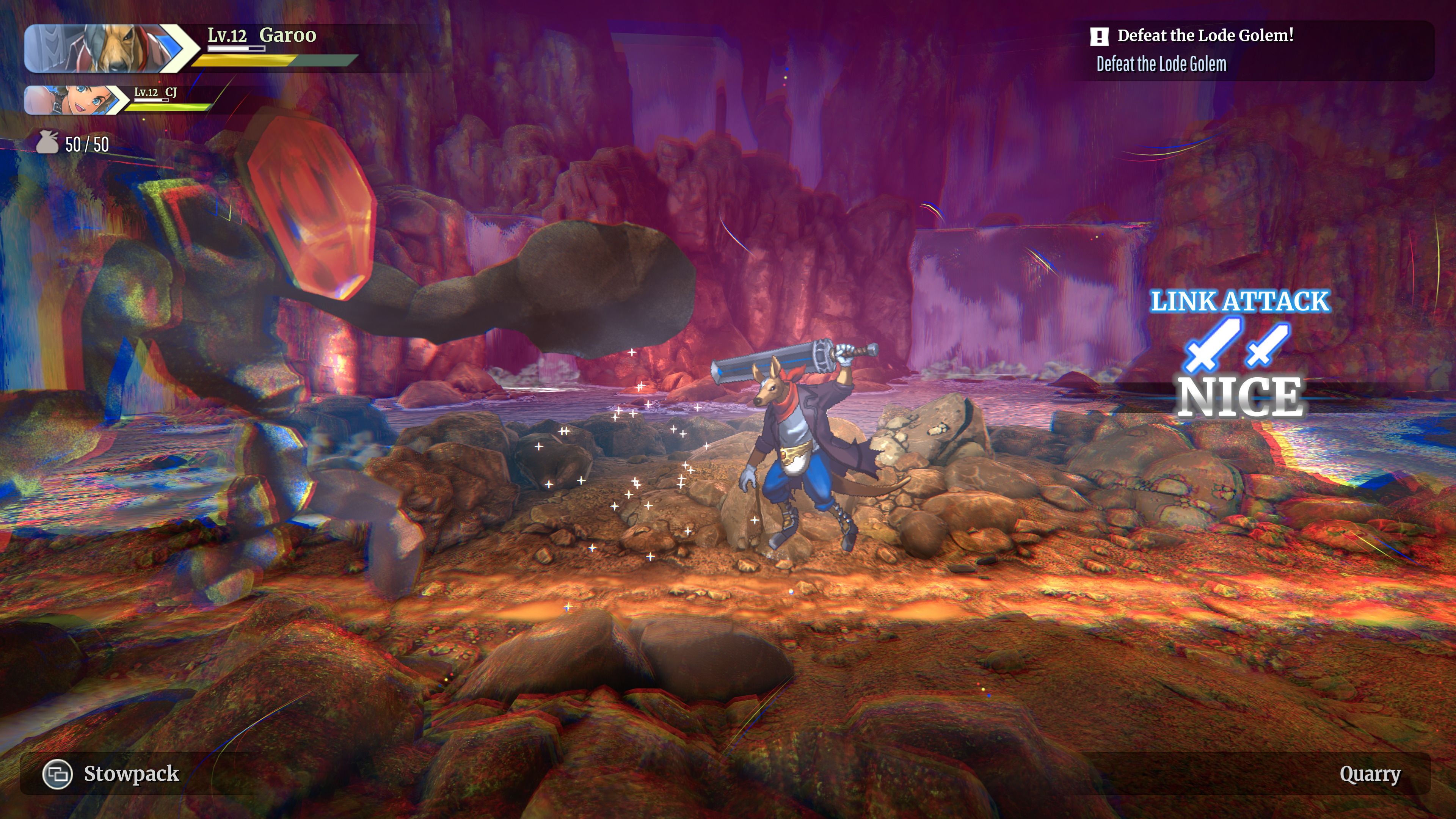 Complete the card and you’ll receive the power to perform an extra Link Attack. You’ll also receive a new stamp card, but this will require more stamps than the previous one. (For example, the gold stamp card needs 50 stamps).

You can actually acquire the ability to perform infinite Link Attacks in a row, but you’ll be able to do this at the end of the game. You’ll need to have 160 stamps in total and redeem them for the most expensive item in the Trading Post.