Else Heart.Break() is set in a world where atoms have been replaced with bits, meaning people can hack into and alter reality itself. With a handheld computer called a Modifier you can pull up the code of just about anything and change its behaviour—to solve problems, bypass obstacles, cause mischief, or just make life easier for yourself. Tired? Don't bother going to bed. Buy a cup of coffee, dive into its code, tweak the variables, and increase the caffeine content by 200 percent. Now you're wide awake.

Developed by a small Swedish indie team led by Erik Svedäng and Niklas 'El Huervo' Åkerblad (of Hotline Miami OST fame), Else Heart.Break() is a singularly unique experience. As well as that clever hacking mechanic, it's also a life simulator, an open world sandbox, and a game that tells a relatable, down-to-earth story about love, friendship, and finding your place in the world. It originally launched back in 2015 and has developed a devoted cult following—but it deserves a much bigger audience.

The game begins with an unassuming guy called Sebastian arriving in the city of Dorisburg to work as a salesman for Wellspring, a soda company. You arrive by ship with no friends, no connections, and nothing on you but a few dollars and the address of a nearby hotel. If you've ever left home and moved to a new city, you'll know that strange, exciting, but nerve-racking feeling of walking along unfamiliar streets surrounded by strangers. The game perfectly captures this feeling of isolation in a crowd. 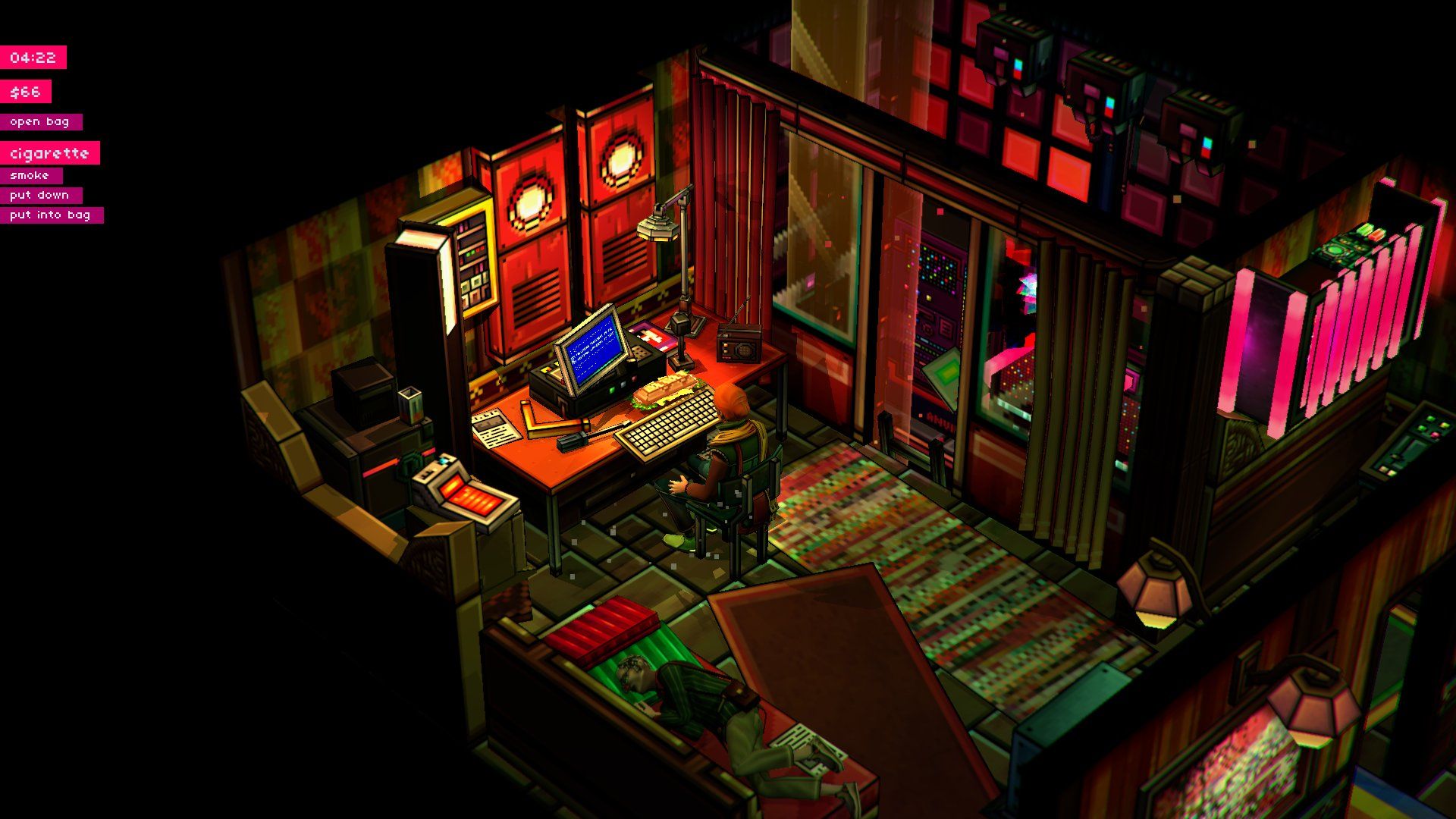 There's no journal in Else Heart.Break() to track objectives or tasks. There isn't even a map, which makes the sprawling, intricate streets of Dorisburg initially quite challenging to navigate. You're left to figure things out for yourself, which admittedly is a stumbling block for a lot of first time players. This is a game you have to fully engage with. To find the hotel, you're encouraged to ask people for directions, follow street signs, and pay attention to your surroundings. There's no hand-holding at all.

Eventually Sebastian locates his employer-assigned lodgings, the rundown Devotchka Hotel, and begins his new life in Dorisburg. But what's great about Else Heart.Break() is how open-ended it is. You can go find your boss and learn the ropes of being a soda salesman, selling cans to people on the street for rent money. Or you can ignore this entirely and find your own way to progress the story. The game's structure is impressively freeform. There's no right way to play it, no prescribed path you have to take.

Eventually you meet (and become infatuated with) a girl called Pixie, and this is where Else Heart.Break() suddenly opens up and reveals its depth. You're invited to a party and soon you find yourself joining a group of local hacktivists fighting against a sinister government agency known as the Ministry. This is where you get your Modifier and learn the basics of hacking the world around you, which involves writing your own code in a BASIC-based programming language called Språk. 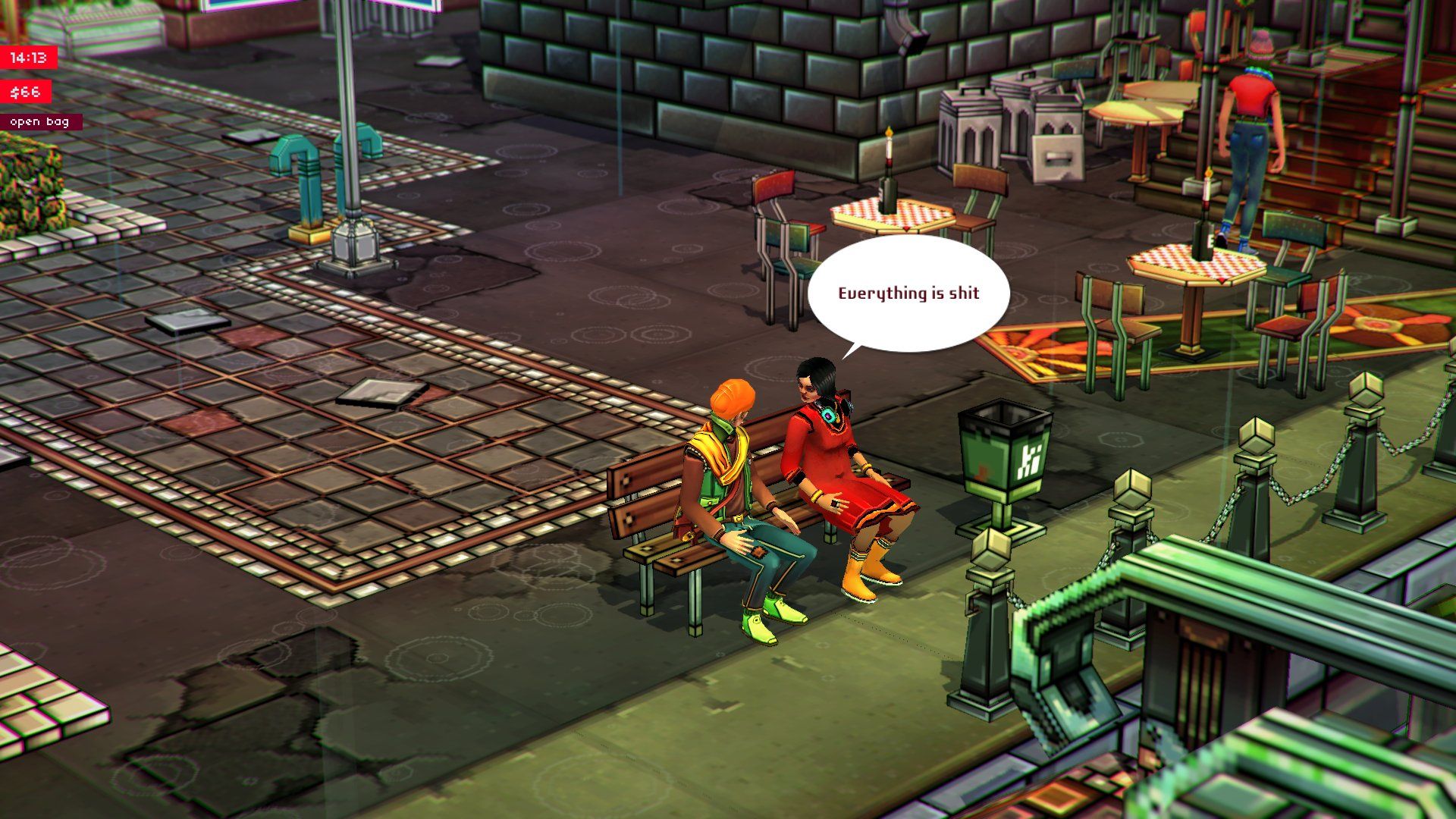 Don't let that scare you off. I know less than nothing about coding. I'm terrible with numbers and beyond some basic (increasingly obsolete) HTML, the idea of 'writing code' is completely alien to me. Yet I was constantly surprising myself by tapping in code that didn't immediately make the object I was hacking spark and spew smoke—a cute visual indicator that your code has errors in it. There are nicely written tutorials in the game, but I mostly learned just by looking at and learning from existing code.

Once you get to grips with the Modifier, Dorisburg becomes a joyous playground for your new hacking skills. You can hack doors so that they lead to private or inaccessible areas. You can hack into banks and steal huge amounts of money. You can change the colour of street lamps. There's so much to tinker with, and as you upgrade your Modifier you become so powerful that there's very little you can't do. It's almost as if the developers are giving you access to the code of the game itself.

Hacking is also used to solve puzzles, including a series of challenges you need to complete to join Pixie's hacker crew. Pass the tests and you'll be sent on missions to sabotage the Ministry, which is where you really have to get your coding hat on. There is a narrative to follow in Else Heart.Break() with an ending, but the pace and order you pursue it in is entirely up to you. The city is full of intriguing distractions—and most buildings can be entered and explored—so sticking to the critical path is hard work. 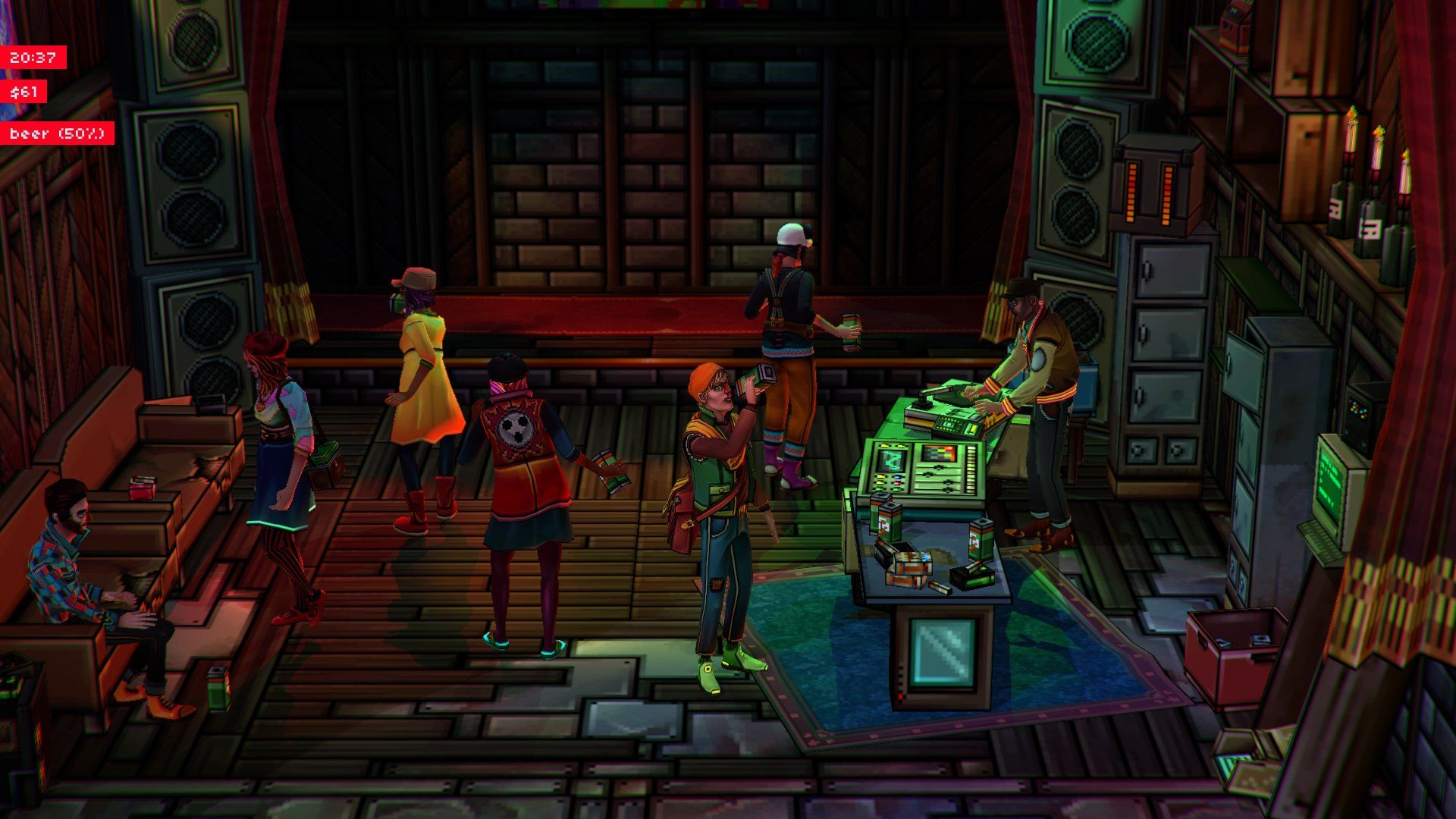 You can also break the game, making Sebastian wildly overpowered moments after stepping off the ship. Smarter players than me have used Språk in some ingenious ways, sharing their code online and letting you completely break the flow of the game. I wouldn't recommend that for a first playthrough, but for a second it's great fun—and very much in the spirit of a game about reality-altering hackers. Amazingly, players have even made simple games and software with the game's programming language.

Else Heart.Break() looks and sounds sensational too. The soundtrack, available from Swedish Columbia, is an eclectic mix of electronica, ambient, jazz, hip-hop, and funk—and includes a large number of beautiful, atmospheric tracks from the aforementioned El Huervo. Åkerblad is also the game's art director, and it's astonishing looking. The lo-fi aesthetic, psychedelic textures, stylised character models, and sheer density of detail in the environments makes it a real feast for the eyes.

Look, just play Else Heart.Break(). I love it, and it hurts that it's still relatively unknown. You might bounce off it at first, and I know a lot of people who never even made it far enough to unlock the Modifier. But trust me: stick at it. Once you settle into its peculiar rhythm, you won't want to play anything else. Soon, the Dorisburg that felt so alien and overwhelming will feel like home. You'll make friends, become part of a community, and probably get your heart broken, but that's all part of the journey.