My favorite Christmas tradition is my family's grab bag. Instead of exchanging gifts, each person brings two anonymous presents and places them in the center of the living room. Then, guests can either open a new gift from the pile or steal someone else's opened gift. When done right, holiday grab bags commonly devolve into hilarious family yelling fests that create memorable stories for years to come.

I already bought my grab bag gifts this year, and I'm confident they'll be a hit. But, while I was online shopping, I wondered what would happen if I put together a grab-bag party with gaming's most enthralling personalities. I think I can peg the gifts they would bring. 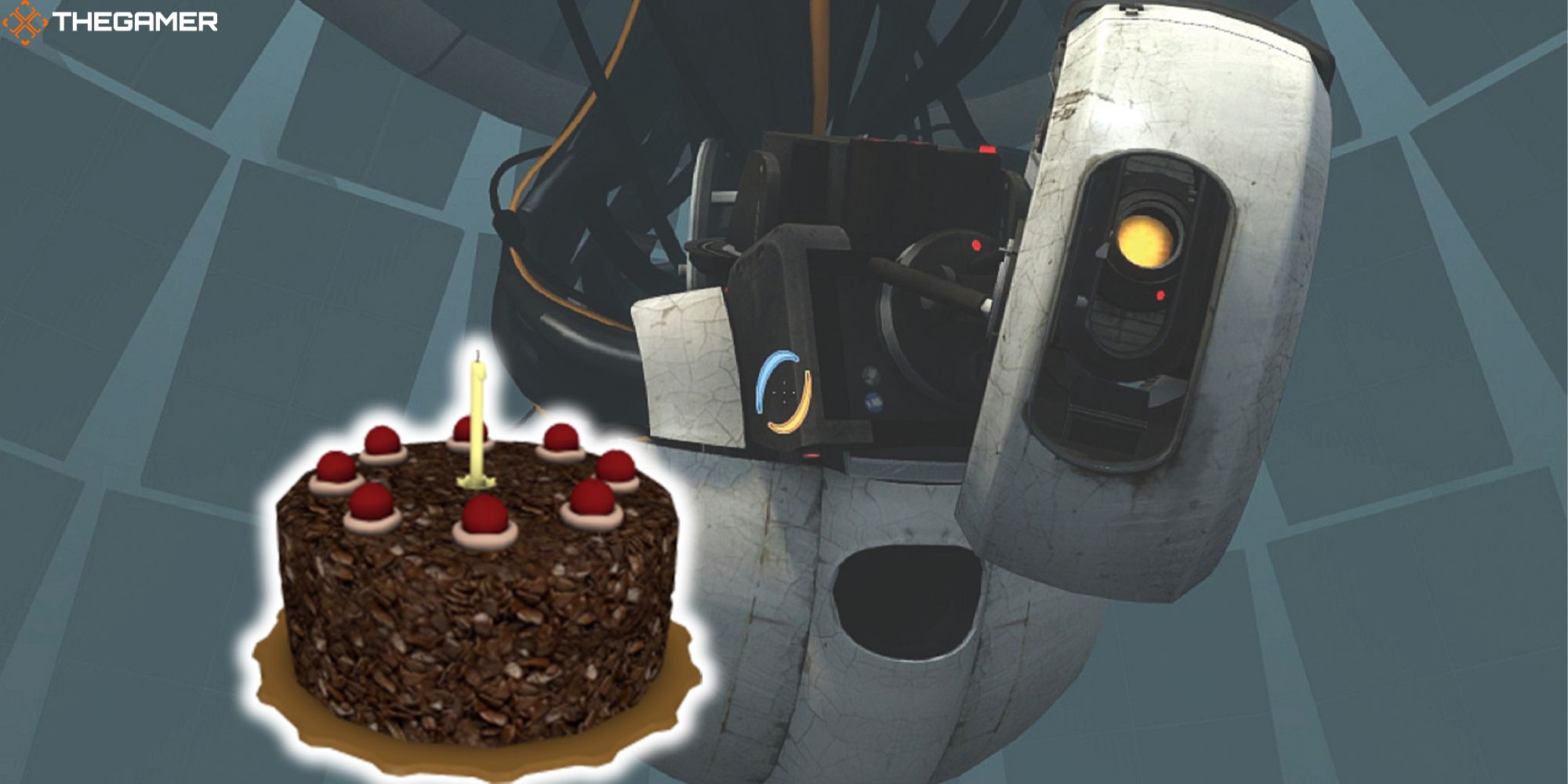 What if the cake wasn't a lie?

If you've played Portal, you know that GLaDOS constantly promises you a whole cake as a reward for completing the Portal gun trials. But, of course, that cake never reaches your lips. So, unfortunately, you'll barely glimpse the chocolate confection at the end. This broken promise is one of gaming's funniest jokes and biggest disappointments.

Still, if everyone's favorite snarky AI attended a holiday party, she would surely scan Aperture Science for a last-minute gift and immediately grab the cake. Although, is the cake edible at this point? How long has it been sitting in that lab? If anything, it will probably get re-gifted, like that brick of old fruit cake no one wants. But why should GLaDOS care? She doesn't have the time to be thoughtful when there's science to do! 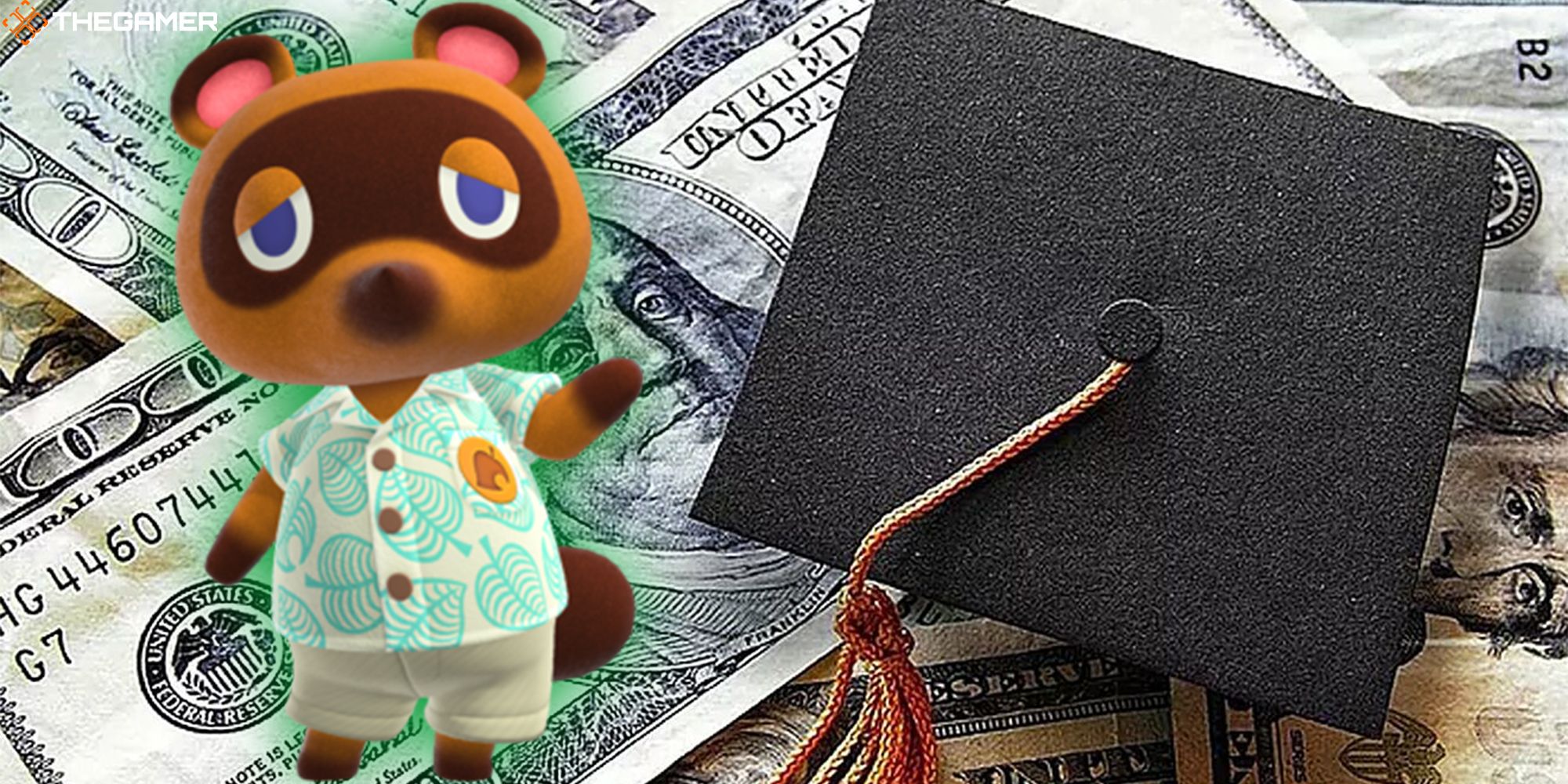 Talking animals? Sentient snowmen? Falling gifts from the sky? There are plenty of fantastical aspects to Animal Crossing. However, the loftiest fantasy fulfilled in this series is payable loans. I just paid off my student loan interest, and I'm almost ten years out of college (ew).

So, of course, I was cautiously optimistic when the Biden-Harris student debt relief plan was announced. Then a circuit court ruling blocked the plan indefinitely, and I remembered, "Oh, yeah, this is why I tell myself to hope for the best but expect the worst." So now the plan is heading for arguments in the Supreme Court come February, and I'm not holding my breath.

So, I'm praying Sugar Daddy Tom comes to my holiday grab bag with a giant Publisher's Clearing House-sized check with my debt balance written on the front. I don't care how he gets it; I won't ask questions.

6/8 Shang Tsung: The Most Annoying Soul In His Collection 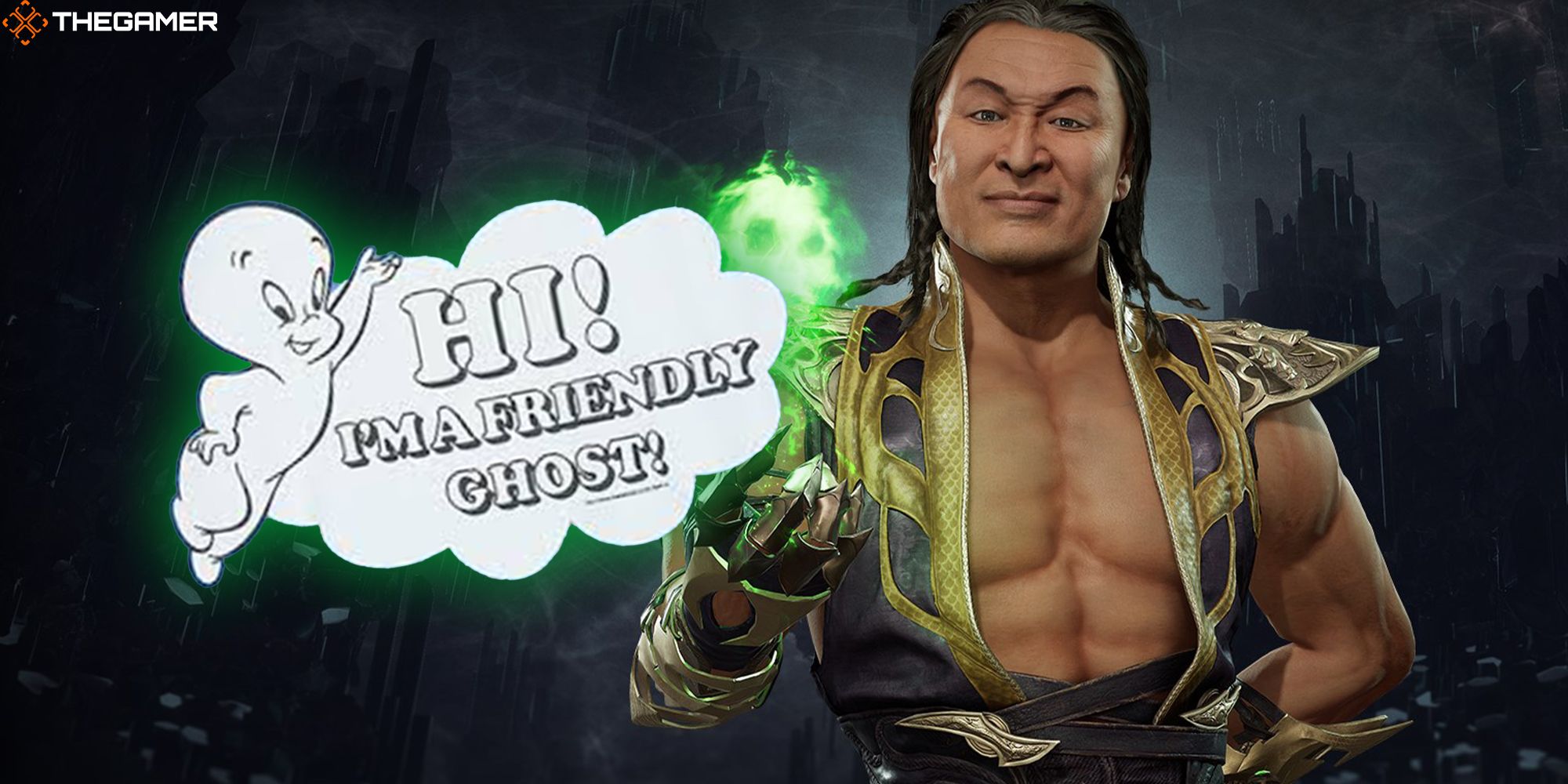 Shang Tsung is a notoriously sneaky and duplicitous sorcerer. So, I don't think he would go to a holiday grab bag with good intentions. But, on the other hand, this is the kind of person that would use an opportunity like this to get rid of crap he doesn't want or need.

But why would a being that must feed on souls to live sacrifice his source of sustenance? I don't think it's that farfetched. We, humans, throw out food all the time. And if I can detest olives, certainly Shang Tsung can be picky with his souls. For instance, maybe consuming the spirits of people who chew too loud makes him nauseous.

No matter the reason, Shang Tsung is clearing out his most annoying souls this Christmas. And I'm sure he'll take delight in seeing someone else plagued by the spirit of the "expired car warranty" guy. Maybe he gets fulfilled by the schadenfreude alone? 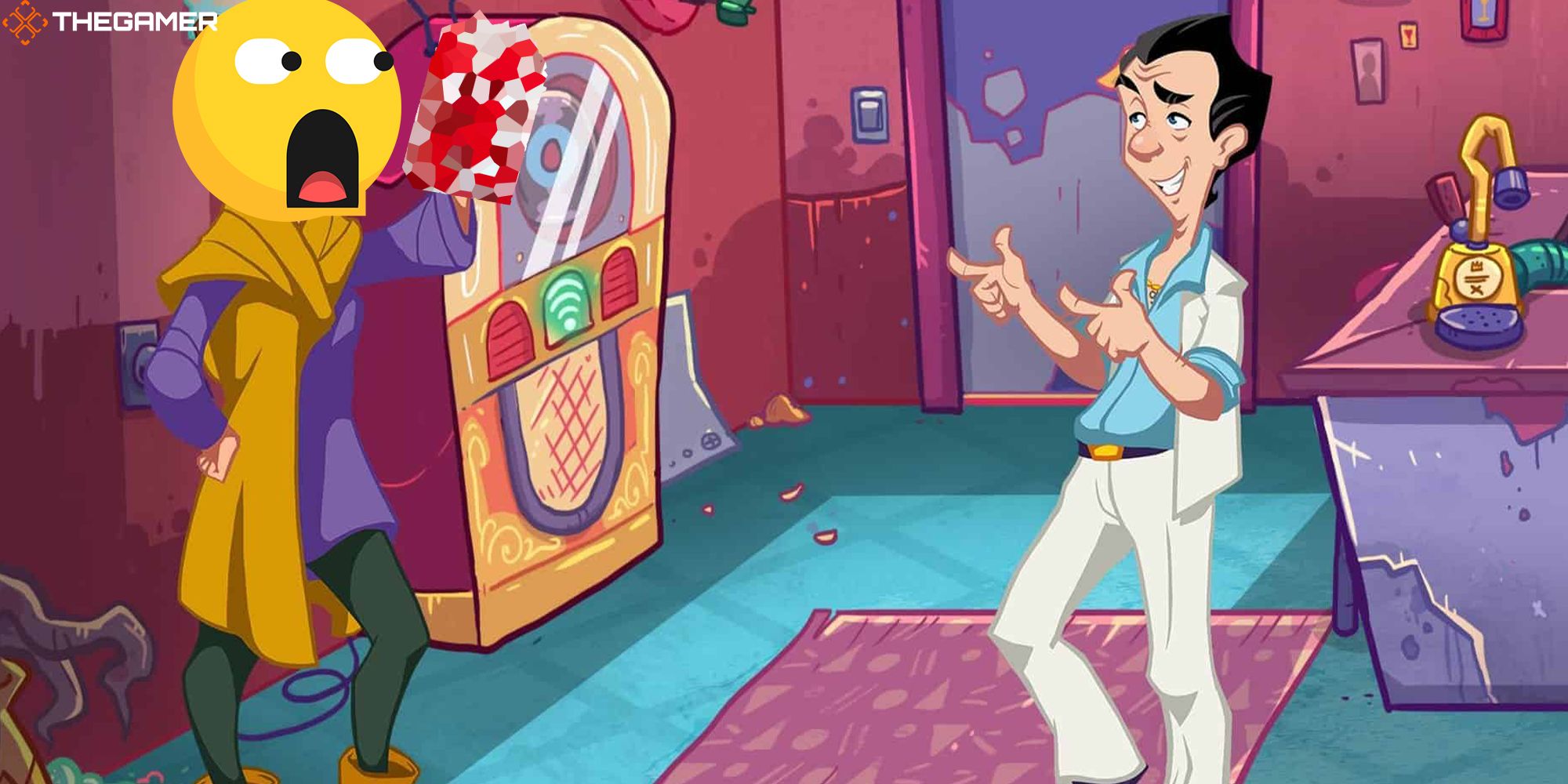 I mean…It's Leisure Suit Larry. His latest game was called Wet Dreams Dry Twice. Whatever gift comes from him likely requires batteries and can't be opened in front of anyone under 18. And we're a PG-13 site, so I'll leave the rest to your imagination.

4/8 Ulala: A Ken Woodman And His Piccadilly Brass LP 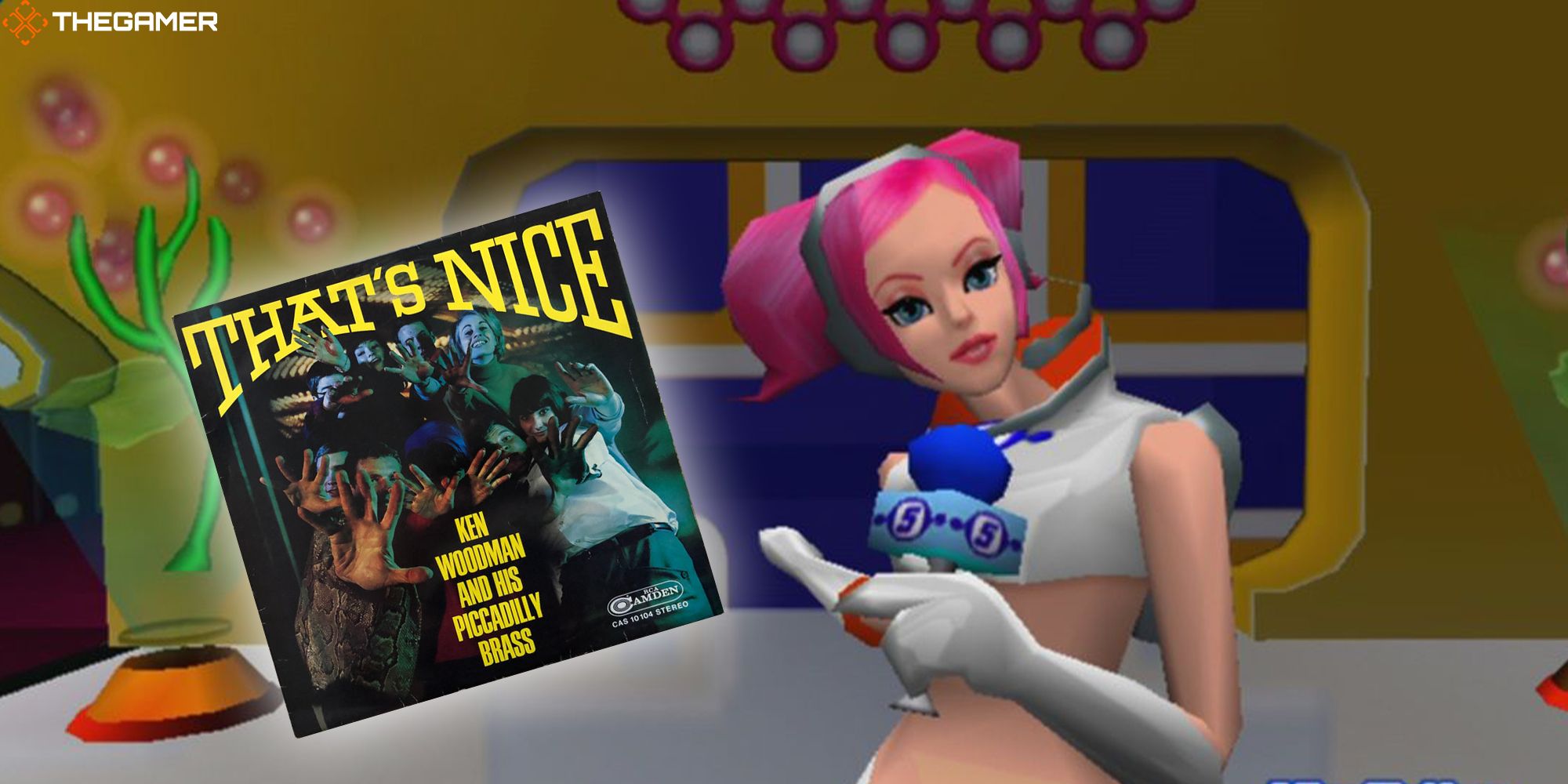 Ulala is more than a swingin' reporter; she's also a vinyl snob. And that's a hard accomplishment to achieve in the twenty-fifth century. So, what vinyl says "improve your music collection" more than Space Channel 5's titular theme song, Mexican Flyer, performed by Ken Woodman And His Piccadilly Brass.

Honestly, I would love to receive a vinyl record from a grab bag. However, I'm probably in the minority in this regard. It's a fair assumption that this gift falls under the category of "Actually, I was shopping for myself." I wouldn't be surprised if Ulala steals her gift back so she can take it back home. 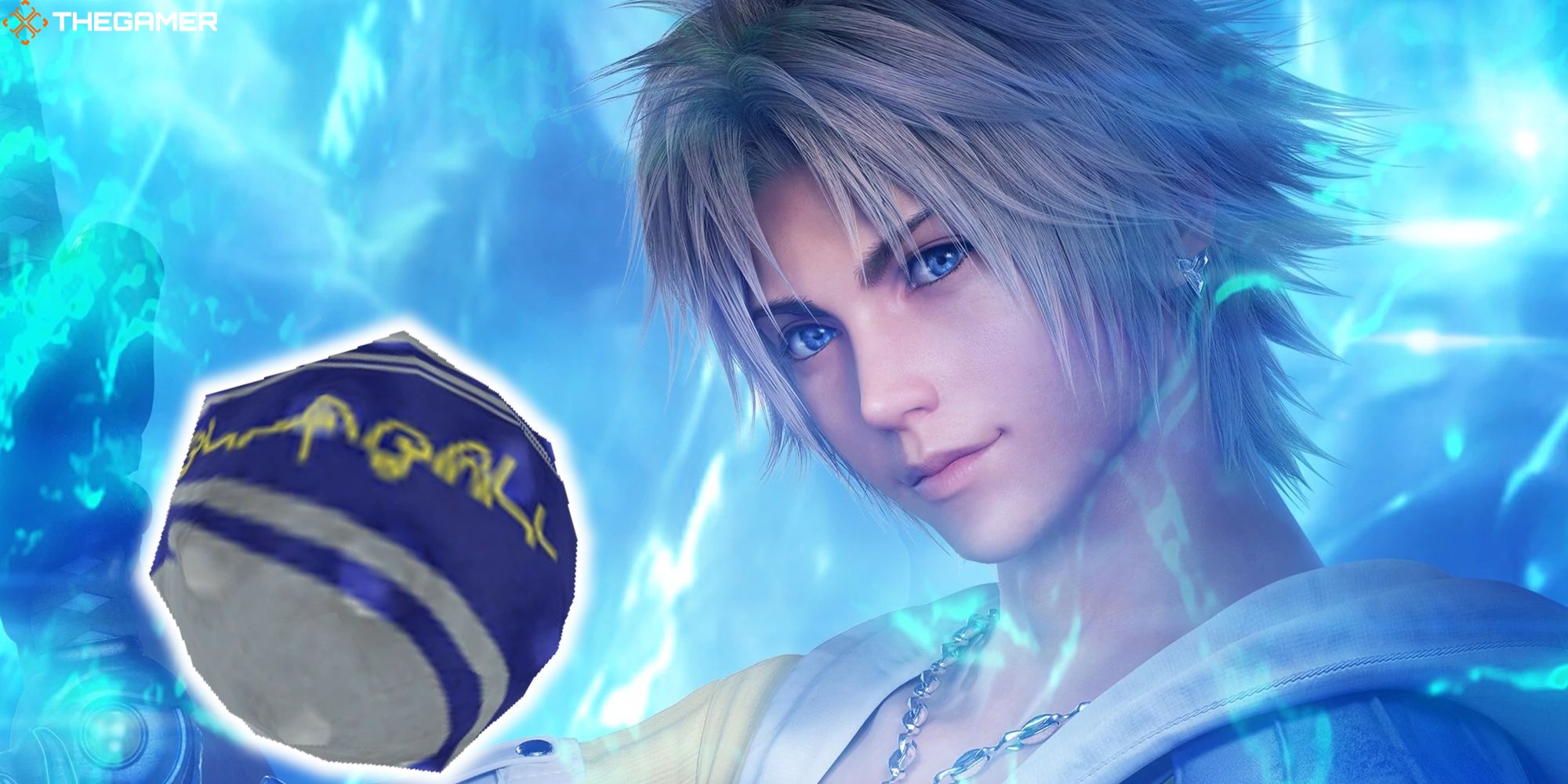 Remember Blitzball? That weird anti-gravity water polo sport that every character in Final Fantasy 10 played for hours without coming up for air? Well, guess what? Tidus didn't forget. He'll constantly remind you that before a giant, crusty sky whale destroyed his hometown, he was a rising Blitzball star.

But, of course, he is well-meaning. He probably figures that if other people play Blitzball, they'll get the appeal. In his mind, how could you not like it?! Sure, I wouldn't mind playing Blitzball for the first time, but not after consuming half a bottle of wine and a Christmas ham. At that point, just call it Barfball. 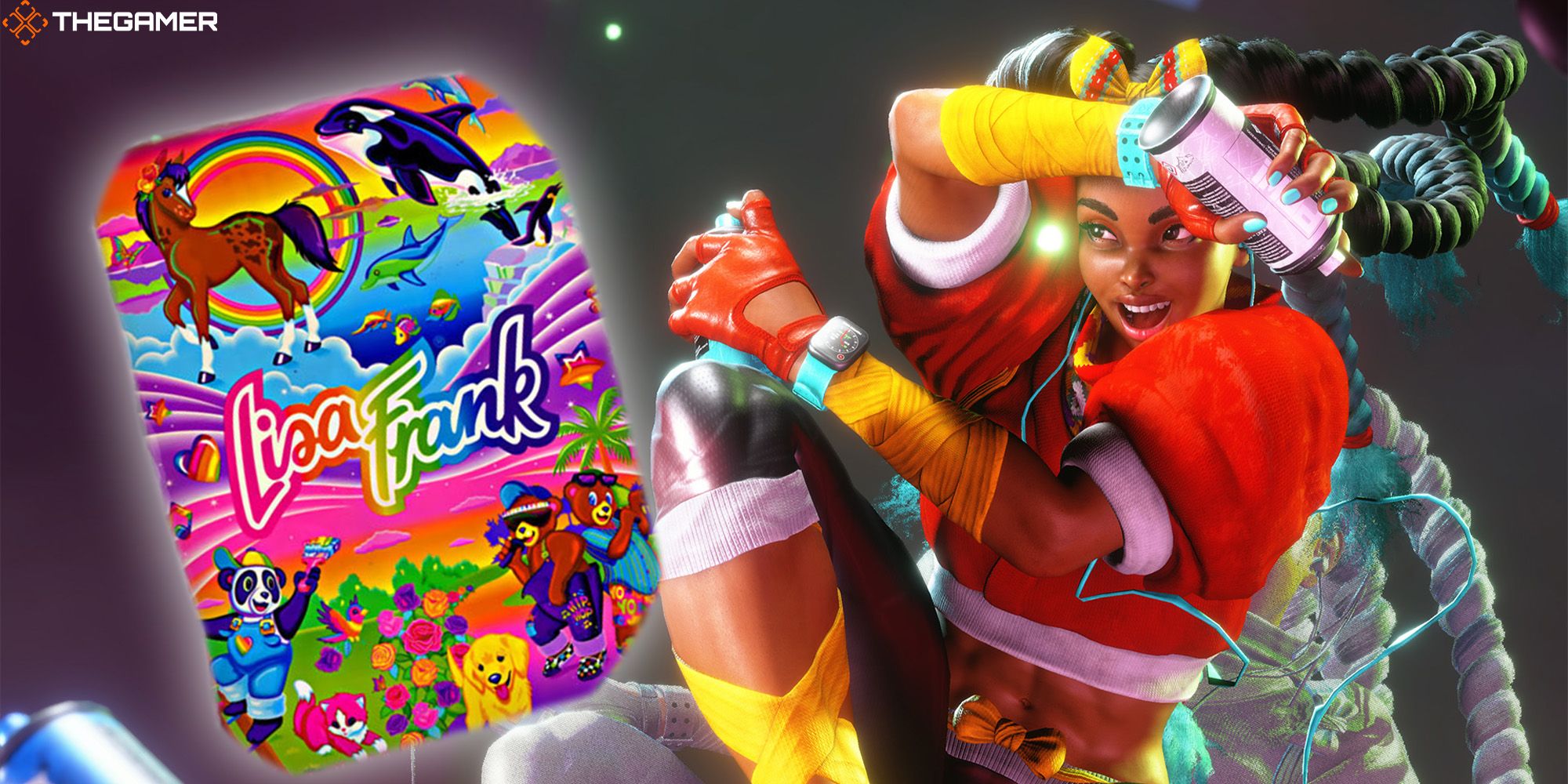 Capcom positioned Luke as the "new face of Street Fighter." But if you played the past Street Fighter 6 closed betas, you know the true star of this game will be Kimberly, and rightly so. This upbeat ninja prodigy has a winning personality and incredible fighting skills! Once this game drops next June, she'll be the in-demand guest at everyone's holiday party. (I desperately wish she'll RSVP to my invite. But I hear I'm competing with Kylie Jenner, so I'm not confident.)

Kimberly is an artist who adores 80s pop culture and music. And what screams 80s pop-art nostalgia more than a Lisa Frank art kit? Lisa Frank's bold, colorful, neon animal designs were every school kid's prized possession in the 80s and 90s. Today, Lisa Frank is still famous, with several collaborations with makeup companies like Morphe and Orly.

But can Kimberly purchase vintage Lisa Frank merch without going over the grab bag budget? (What am I saying? She'll be partying with the Kardashian-Jenners; of course, she can.) 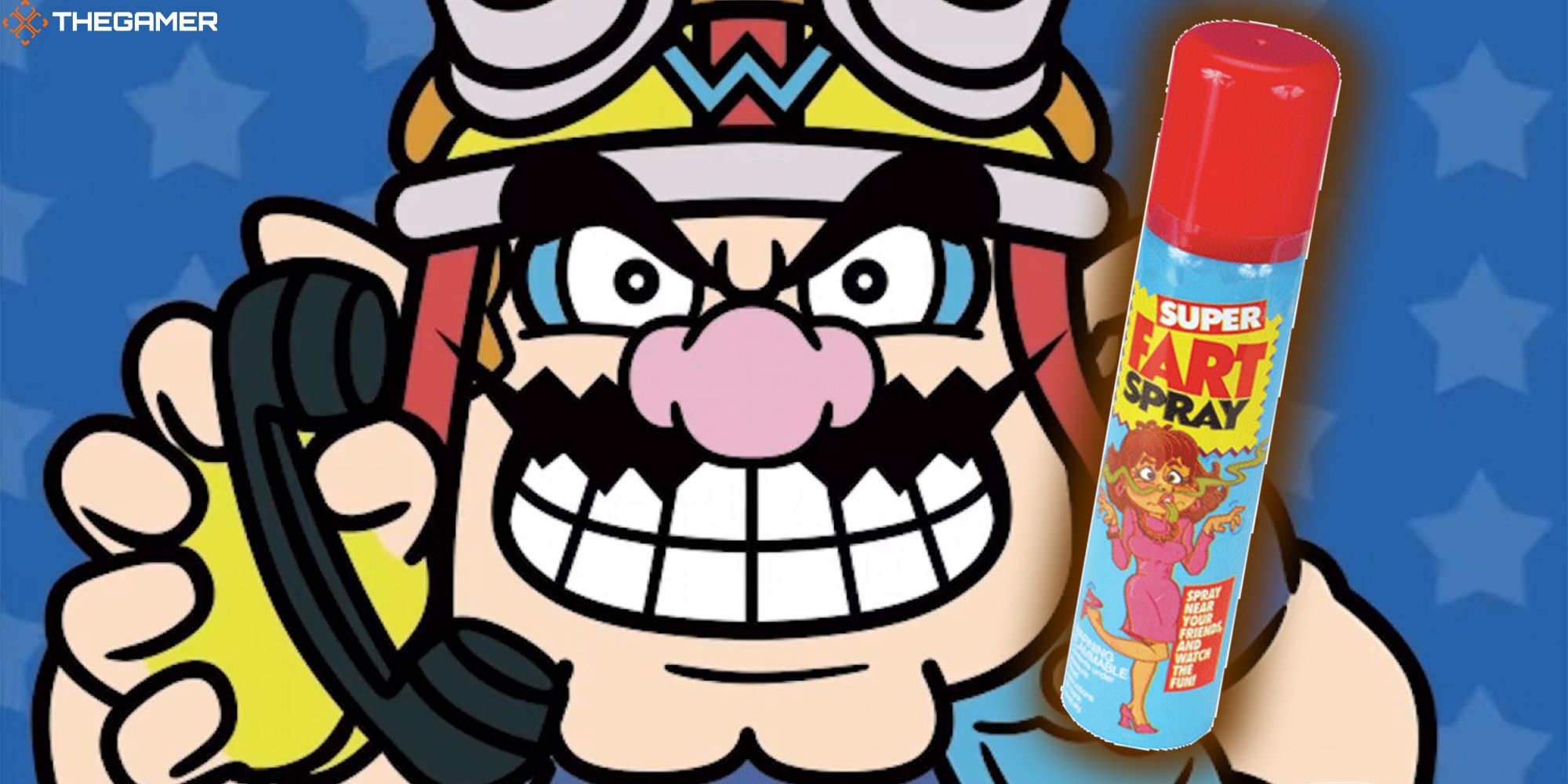 Every holiday grab bag has that one person that shows up with a gag gift. I can admit that I'm that person. For instance, one Christmas, I brought a set of coloring books filled with dog and cat butts to the family grab bag. My aunt opened the gift and laughed, but my brother chastised me for giving a useless gift no one would want. Yet, to our surprise, my aunt's grandchildren loved them. And in a matter of hours, her basement wall was lined with colorful, perky kitty bums.

The WarioWare series proudly displays that Wario is an enthusiast of the gross and campy. After all, his microgames include tasks like picking noses, fanning noxious flatulence, and moving kat poo in a litter box. So naturally, I'm positive Wario is the gag gifter at any holiday event he attends. And considering how gassy he is, fart spray is on-brand.

Honestly, though, Wario brought this gift to let loose his "Silent Night" stinkers and blame it on the spray. Good for you, Wario. Grab that second helping of cheese, you sly monster!