Elden Ring never ceases to amaze and enthrall you with the sheer size and scale of The Lands Between. From monstrous serpents to gargantuan dragons, FromSoftware continues to show why boss fights are their specialty. You might have noticed the game upping the ante with an endless stream of duo bosses, but what about trio bosses that await you?

Oh yes, the nightmare is far from over. The lowly Tarnished must now battle triple threats at the same time, all while doing your best to stay alive as you are being attacked from all sides. 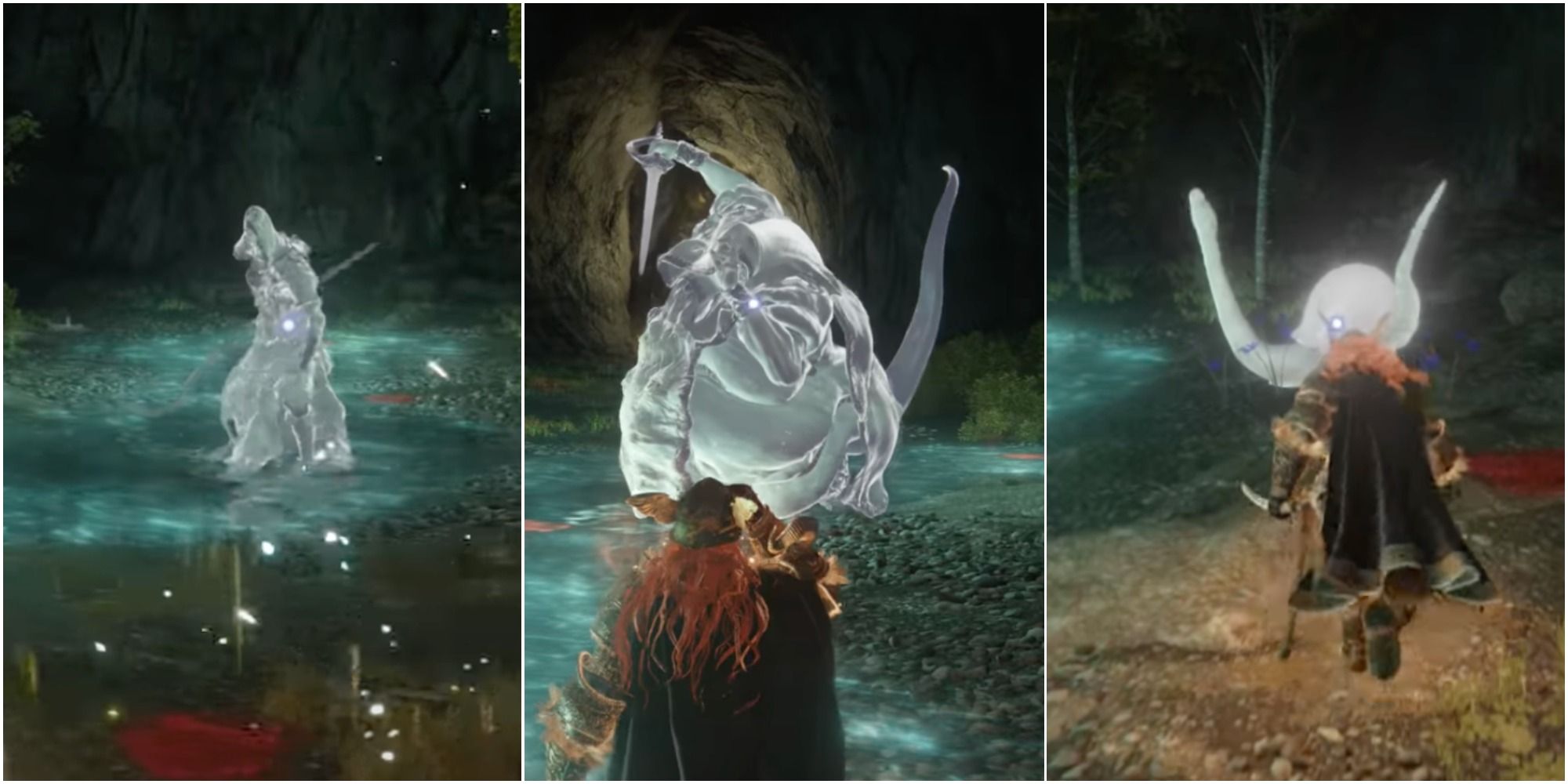 As you explore Spiritcaller's Cave in the Mountaintops of the Giants, battling enemies left and right to reach the boss arena, you would probably feel indifferent at seeing the familiar sight of the Godskin Apostle at the end. At this point, you have encountered the latter boss many times before in Windmill Village and Crumbling Farum Azula.

You bob and weave as usual, avoiding its black flame attacks and lunging moves with its curved-bladed spear. Once you end the Apostle's life, you fully expect to see the words 'Enemy Felled' on the screen, only for another lengthy health bar to appear. Well, things rarely go your way when you are playing a Soulsborne game, and this is yet another fine example.

The Godskin Noble pops up in all its flabby glory, poking you with its rapier and rolling around like a slab of dough, dealing tons of damage in one roll. Fully expect the usual hefty shockwaves and black flame projectiles as it performs a series of thrusts with its rapier, reminding you just why you hate facing this boss.

Unfortunately, there is another boss – however, the third and final boss is the Spirit-Caller Snail, which is relatively easy to beat but trickier to find. You can usually find it in a spot that leaves a white glow, so just deal a quick succession of hits before it can disappear on you. At least you are finally granted the joy of never having to go back to Spiritcaller's Cave once it is over. 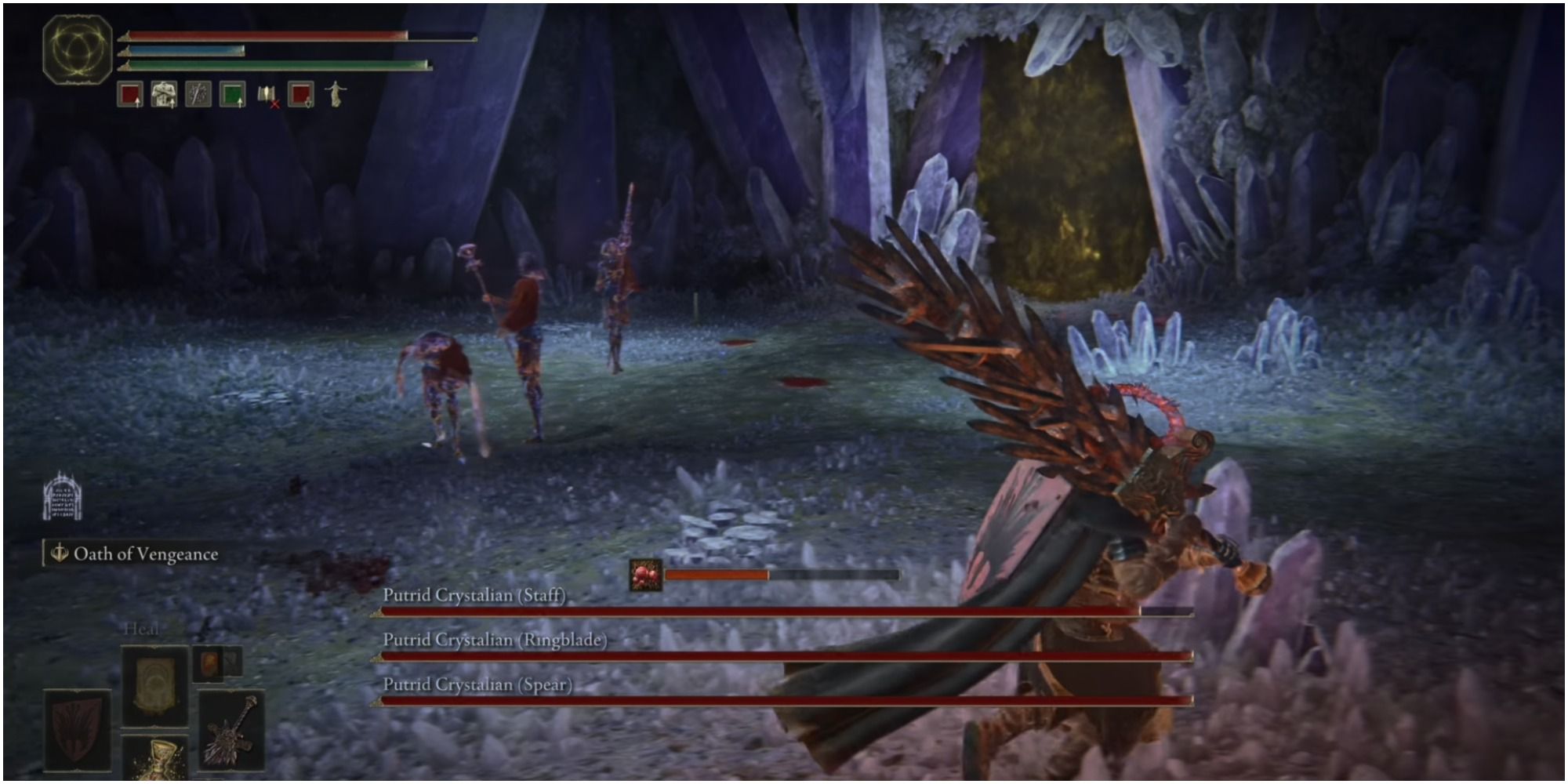 Found in the extremely well-hidden crystal cave of Sellia Hideaway in Caelid region, the entrance to the cave is actually an illusory wall against a cliff face near the Church of Plague Site of Grace. It is fitting that such a difficult area is matched up with an equally difficult trio of bosses.

Crystalians are known for their tough armor that you have to wear down gradually in order to be able to inflict damage. One Crystalian wields an arcane staff, while the two others are armed with a ringblade and spear. What's worse, they all have the power to deal Scarlet Rot damage, so it is best to prepare lots of Preserving Boluses to negate the latter.

With three armored bosses to keep an eye on at the same time, it is recommended to deal with the staff-wielding Crystalian first. This Crystalian's ability to deal ranged damage by sending multiple shards of crystals across the room will really hamper your efforts in dealing with the melee fighters.

If you are playing as a sorcerer, then spamming Rock Sling is your best bet, since you want to mete out as much physical damage as possible. As for melee players, dealing a couple smashes and wide swings with a greatsword and doing leaping or heavy attacks are likely to shatter their armor faster. You can also use Ashes of War that deal wide AoE attacks, like Hoarfrost Stomp or Prelate's Charge. One thing is for sure, these three bosses are the definition of irritating. 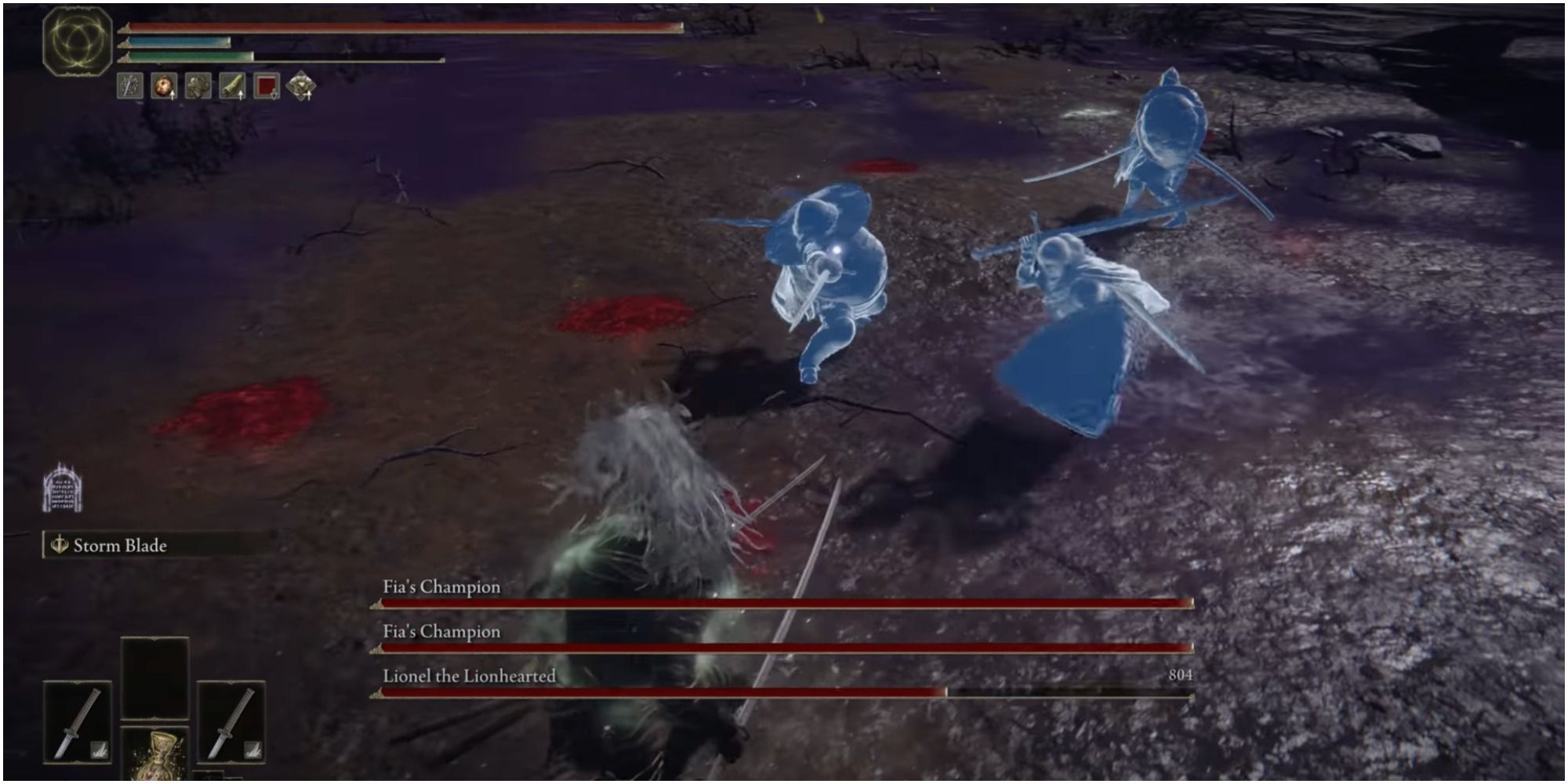 As you can probably tell, this is all part of Fia's questline – you know, that pretty lady who gives you wholesome hugs back at Roundtable Hold. Located in Deeproot Depths, you'll have to face lone hostile NPCs such as Sorcerer Rogier and Fia's Champion at first, before three of them decide to show up for a repeat performance.

Well, the first two are simple enough to tackle, but facing two of Fia's Champions and Lionel the Lionhearted, you might need to call on your Legendary Spirit Ash summons to level the playing field. Interestingly, the two Fia's Champions' appearance can vary from player to player, so you might get a samurai or a prisoner build. Keep in mind that one of them is an arcane warrior, meting out some glintstone attacks.

Regardless, Lionel and Rogier will stay the same. Lionel is armed with a rapier, so be mindful of the series of pokes he does. He is able to whip out a staff and send out golden wraiths or a black trail of skulls to chase after you.

But if you think this trio fight is hard, they are a mere taster of what awaits you when you enter the Deathbed Dream.