Pokemon Black And White Are 10 Years Old Today, And I Finally See What The Fuss Was About 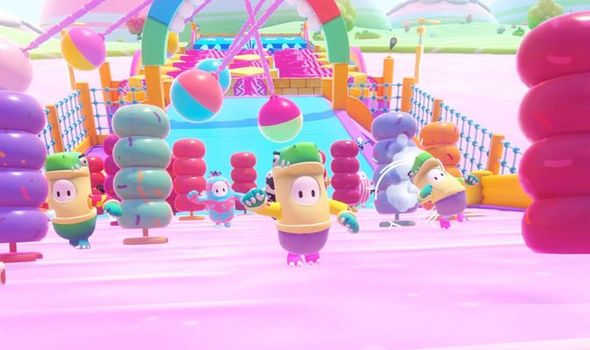 Fall Guys down reports are surging in right now, with players of the hit PS4 game experiencing matchmaking issues and receiving a maintenance error.

Independent outage monitor Down Detector has registered a spike in Fall Guys down reports, with the majoirty of reported issues surrounding server connection.

According to the Down Detector outage map the Fall Guys server issues are mainly affecting players in the UK, US and Europe.

The Fall Guys Server Owl Twitter account has confirmed that the hit former PS Plus title is experiencing some server teething trouble today.

The @fallguysowl Twitter posted: “HOOT! We are aware that some players are currently waiting longer than usual to get into matches or might have to wait longer for awards to appear in their account. We are on it right now. #MinorDelayedBeef”.

As the Fall Guys server issues hit users took to social networking site Twitter to report the issues they were experiencing with the smash hit game.

One tweeted: “@FallGuysGame Are the servers down?”

Another posted: “Is Fall Guys down and for how long I need my fix”.

One added: “Exactly when I have two wins in a row it’s time for Fall Guys servers to go down”.

And another wrote: “@FallGuysGame Receiving a “matchmaking down for server maintenance” message… Was this planned and I missed the memo, or nah?”

The news comes after Fall Guys last week exited PlayStation Plus as the August free PS4 games made way for the PS Plus September 2020 line-up.

However, that’s not before Fall Guys managed to make PS Plus history.

Towards the end of August Sony revealed that Fall Guys had become the most downloaded PS Plus game ever.

On August 26 the official PlayStation Twitter account posted: “As of today, Fall Guys is the most downloaded PS Plus game of all time on a global basis. Congrats to @Mediatonic!”

PlayStation 5 fans furious after some games for new console priced at £70
Recent Posts
We and our partners use cookies on this site to improve our service, perform analytics, personalize advertising, measure advertising performance, and remember website preferences.Ok